The Weekly Five: The Eagles Beat the Giants. What Are the Odds They Make the Playoffs Now? 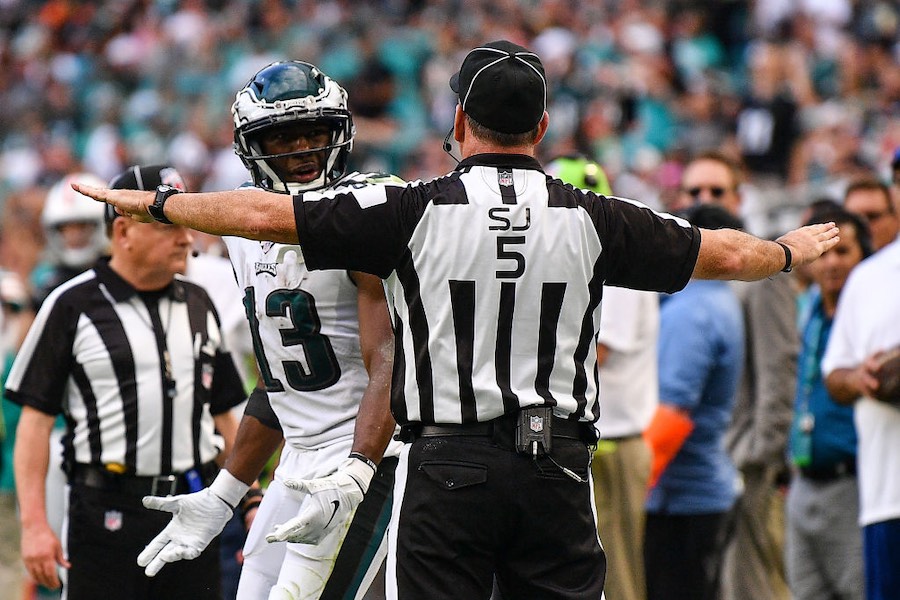 What did the Eagles need to improve this week?

If last weekend’s poor performance against Miami does not serve as motivation, then the Birds might as well throw in the towel. We’re talking about a 3-9 team that set season highs in total yards (408) and points (37).

The script was similar this week. The Giants are a really bad team with eight straight defeats. On the offensive side of the ball, their 19.2 points and 316.7 yards per game both rank 25th in the league.

The Birds’ biggest flaw is their lack of consistency. Blowing a 14-point second-half lead against Miami is the perfect example. The other thing to look for is a better run-pass balance from the Eagles’ offense. Wentz attempted 46 passes last week while rookie running back Miles Sanders only carried the ball 17 times.

What are the Eagles’ chances of making the playoffs right now?

Based on Sunday’s 37-31 loss to the 3-9 Miami Dolphins, the words “Eagles” and “playoffs” should not be uttered in the same sentence. However, at 5-7, the Birds remain in the thick of the NFC East.

The Dallas Cowboys, who don’t seem to be playing much better, are leading the division at 6-6 mark. Dallas holds the head-to-head advantage thanks to a 37-10 victory over Philadelphia. Basically, it all comes down to December 22 at the Linc. If the Birds can defeat the Cowboys, the playoffs are a realistic possibility. On paper, the rest of the schedule should produce three wins. Up first is Monday night’s game against the G-Men.

FanDuel Sportsbook has the Birds as an 8.5-point home favorite.

When mentioning the Big Game, the road to victory seems to go through New England. However, the Pats seem to be getting some stiff competition in the AFC. FanDuel lists them at +400 to win the Super Bowl.

The Baltimore Ravens, winners of eight straight, including a victory over the Patriots, are the current favorites at +240.

The New Orleans Saints are third on the list at +550. They are the first NFL team to clinch a playoff spot.

Right now it’s hard to bet against MVP candidate Lamar Jackson and the Baltimore Ravens. By the way, DraftKings had them at +3000 at the start of the season.

What should we watch for in the Thursday Night Football game?

Every Cowboys game from here on out will have a direct impact on the Birds’ chances of making the postseason. Luckily, Dallas kicks off Week 14 action with a Thursday night game at the 6-6 Chicago Bears (a 3-point home underdog with DraftKings sportsbook).

But as far as Philly fans are concerned, this one is all about hoping for a Bears win. Is it possible? Yes. Will it happen? Maybe.

Following last week’s Thanksgiving Day loss to the Buffalo Bills at home, the Cowboys will be looking to get back on the winning track. They’ve lost three of their last four games. This includes averaging 12 points in the most recent games against the Bills and Patriots.

The Bears are limiting opponents to a tad over 17 points per game. Basically, this one will come down to which team wants it more.

What is likely to be the closest game for NFL Week 14?

Based on the FanDuel point spreads, take a look at the Los Angeles Rams versus the Seattle Seahawks. LA, which lost the first meeting, 30-29, are a 1-point home favorite. Put the betting angle aside as this is an NFC West battle with serious playoff implications.

The 7-5 Rams currently sit one game behind the Minnesota Vikings for the second NFC Wild Card spot.

On the other side, the Seahawks, winners of five straight, are one of the NFL’s hottest teams. They are tied with the New Orleans Saints for the best conference record. The San Francisco 49ers also sit at 10-2, but Seattle currently holds the tiebreaker advantage.

Bottom line here is the Seahawks control their own destiny. DraftKings has Seattle at -118 to win the division and +400 to win the NFC.