The Weekly Five: The Eagles’ Offseason Must-Dos, the NFL Draft, and What’s Happening with the Patriot’s QB? 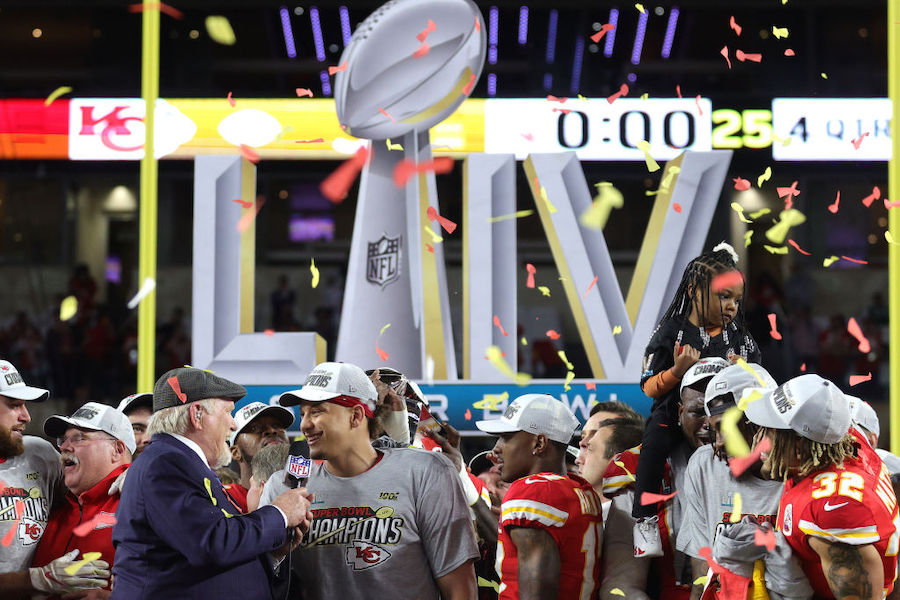 What are the Eagles’ chances of making the playoffs and/or winning the NFC East?

“Wait and see” is the best answer at this point.

The NFL free agent market does not open until March 16, and the NFL Draft is still more than two months away (April 23-25). The 2019-20 season ended with Eagles fans wondering about the future status of Alshon Jeffery, DeSean Jackson and Nelson Agholor. Quarterback Carson Wentz needs reliable wide receivers to complete his TD passes.

Even with all the question marks, DraftKings Sportsbook has the Birds at +1700 to win Super Bowl 55. Call them contenders for now.

Philly does have the best odds among the four NFC East teams. So, if the franchise opens the season 100% healthy and makes the right additions, the odds are winning it all will significantly improve. For now, the idea of risking $100 to win $1,700 is a tempting one to consider.

Which team is the best bet to win Super Bowl LV?

The Kansas City Chiefs are still celebrating Sunday’s 31-20 victory over the San Francisco 49ers. After coming up short during his time with the Eagles, Andy Reid finally has a Vince Lombardi Trophy to his name. With Super Bowl MVP Patrick Mahomes at quarterback, the odds of repeating are looking very good.

The top two guys on the board are familiar names to the MVP conversation. Mahomes is +333 to win the honor. Jackson is a close second at +600.

If Eagles fans want to take a chance on Carson Wentz, Fox Bet set the odds of him winning at +2000. For the sake of comparison, Cowboys quarterback Dak Prescott received +2500 odds.

The more interesting play, however, is Fox Bet’s Odds Boost on Wentz winning MVP. Instead of +2000, the line is +2800. Besides staying healthy for an entire year, Wentz would need to put together a career season. Sort of like the one he was having in 2017 (3,296 passing yards and 33 touchdowns in 13 games) before tearing his ACL.

What NFL Draft wagers are available?

The NFL Draft is taking place on the Las Vegas Strip. Many projected first-round picks will be there to walk the red carpet.

DraftKings Sportsbook has posted odds on which player will be the first overall pick, to be selected by the Cincinnati Bengals. (Unfortunately you can only bet on this in New Jersey, not in Pennsylvania.) It’s extremely likely that LSU quarterback and Heisman Trophy winner Joe Burrow will be the first name called. The odds of it happening are -10000.  Call it a lock. The Bengals are in desperate need of a star to build their offense around. This will be the first step toward competing with the Ravens in the AFC North.

Ohio State defensive end Chase Young (+1400) and Alabama quarterback Tua Tagovailoa (+2000) are attractive names for those who like wagering on underdogs.

What is the most interesting thing you can bet on this week in the NFL?

Tom Brady. More specifically, what team will the free agent quarterback with six Super Bowl rings play for next? This is one of the player props available with Fox Bet. It’s no surprise that the New England Patriots, his current team, are the favorites at -333. The Las Vegas Raiders at +425 are a distant second.

(Again, these odds are only available at NJ sportsbooks.)

It seems highly unlikely Brady will finish his Hall of Fame career with another franchise. Don’t be surprised if Pats owner Robert Kraft ends up re-signing his star to a $30 million-plus per year deal.

Either way, it makes for an intriguing offseason betting conversation. You can even wager that the City of Brotherly Love will be his landing spot. The odds of it happening, however, are a longshot (+8000). Besides, Eagles fans have a genuine hatred toward Brady.