The Weekly Five: Here’s How to Win That Super Bowl Betting Pool. Plus, How an Eagles Fan Can Enjoy the Game, Even Without Their Team. 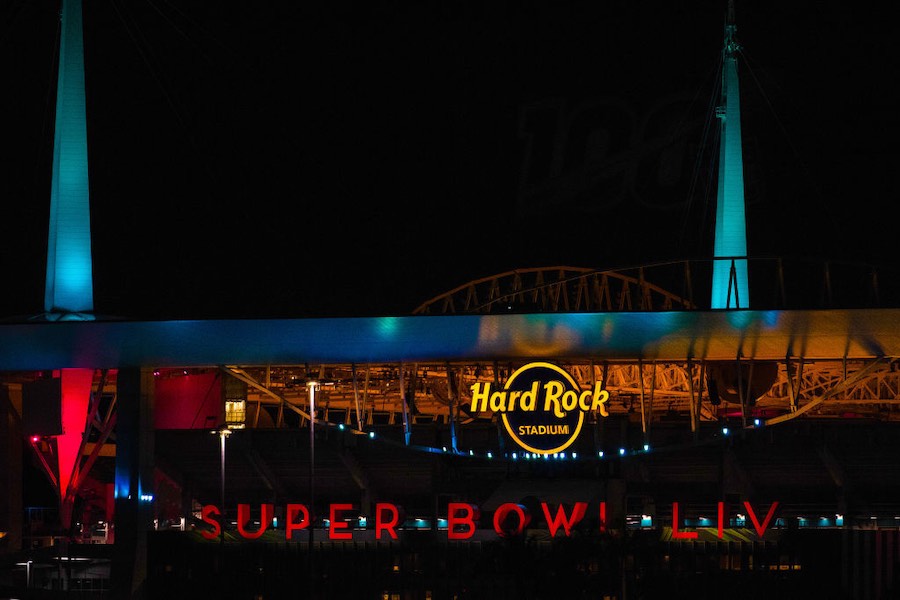 Katie Kohler is an award-winning journalist with more than two decades of experience covering suburban Philadelphia. The lifelong Eagles fan angry-tweets during games and writes content for Play Pennsylvania about sports betting and the casino industry in Pennsylvania.

What is the point spread and over/under for Super Bowl LIV?

The Kansas City Chiefs appear to have settled in as a 1.5-point favorite. The over/under started as low as 51.5. Bettors pounded the “over,” and it is now at 54.5.

The narrative contends that this game will boil down to the Chiefs’ high-powered offense against the 49ers’ dominant defense. But during the regular season, the 49ers averaged more points and yards-per-game than the Chiefs. The advantage was slight, but it’s still worth noting that the 49ers averaged nearly 30 ppg.

The 49ers ranked second in total team defense, but don’t completely write off an improved Chiefs defense. Led by Steve Spagnuolo, Kansas City’s defense surrendered an average of 19 ppg, the same as the 49ers’ regular-season total. One cause for concern, however: The Chiefs’ D regressed in the playoffs, giving up a chunk of points early in games.

Besides the final score, what other betting options are there?

If the point spread doesn’t seem like a satisfying number, there are plenty of other ways to get in on the action. The spread/total points parlay is a popular option on a number of sports betting apps.

This game is also chock-full of player props. If you’re bullish on a certain player, definitely have a look there. First touchdown scorer and anytime touchdown scorer are a bit tougher to handicap since both teams have a plethora of weapons. Apps like DraftKings boast more than 400 betting options for the Super Bowl.

Though the Patriots aren’t competing for the Super Bowl win, this game isn’t exactly Patriot-free. Do we still have to hear about Tom Brady?

The Patriots have been in four of the last five Super Bowls, and it will be nice to watch the big game without seeing Bill Belichick’s squad on the field. However, don’t think it will be a Tom Brady-free broadcast.

The more plays former Patriots quarterback Jimmy Garoppolo makes, the more he will be compared to Brady. Garoppolo averaged about 30 pass attempts per game this season. So far during the playoffs, he’s only attempted 27 passes. When and if he’s asked to do more during the biggest game of his career, will he channel his training and methodically cut up the Chiefs’ defense? Or will we hear about how he doesn’t have the clutch gene like Brady?

Who is the current favorite to win Super Bowl MVP?

Patrick Mahomes. A certain Weekly Five writer has been praising the third-year quarterback all season, even when he dislocated his kneecap. It’s not surprising that Mahomes is the game’s MVP favorite; he’s the only player on either team with the ability to single-handedly win the game. Garoppolo has the second-best odds for Super Bowl MVP. But consider this: if the Chiefs lose and Mahomes doesn’t win MVP, will it be because of Garoppolo or the 49ers’ disruptive defense? Don’t forget, Von Miller won the MVP in Super Bowl 50.

What can the Eagles learn from watching the Super Bowl?

Observe the awe-inspiring skill set of speed. It’s something the 2019 Eagles were sorely lacking, as the injury-prone team looked to be trudging in quicksand at times.

Four of the Chiefs’ wide receivers clocked 40-yard dash times faster than 4.5 seconds. An arsenal of track stars is impossible to assemble in a single offseason, but the Eagles have to focus on bringing in speedier receivers to stretch opposing defenses. The Birds can’t afford to waste Carson Wentz’s prime by surrounding him with slow-footed talent.

And speaking of the ginger-haired quarterback, in 16 regular-season games, he was sacked 37 times.

Mahomes played 14 games and was sacked 17 times. Sure, better receivers will get open and help cut down that number. But Wentz needs to learn from Mahomes and get rid of the ball faster or simply throw it away.

For more information and news about betting on the Super Bowl in PA, head to Play Pennsylvania.