The Weekly Five: An Expert’s Picks for Every NFL Championship 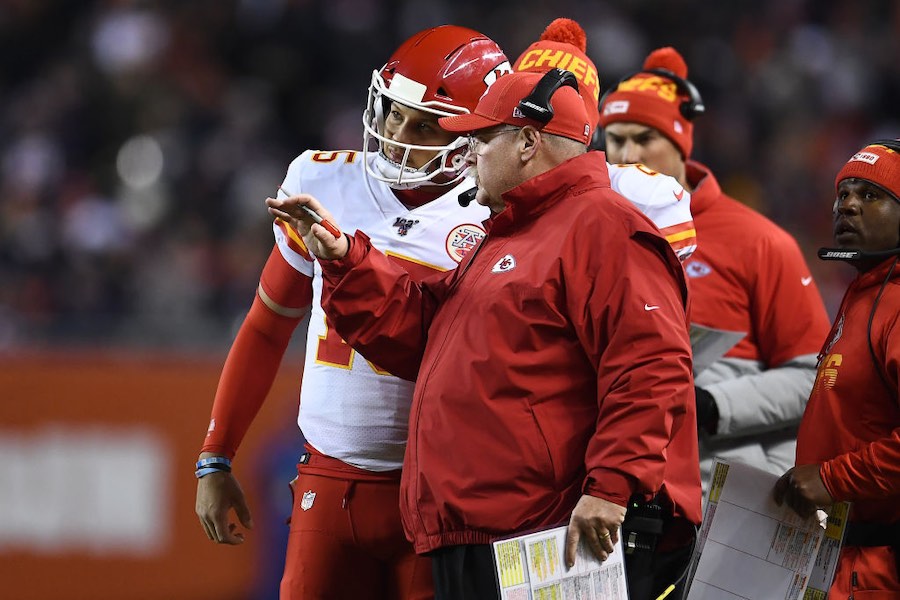 This could finally be the year that Andy Reid hoists the Vince Lombardi Trophy.

During his 14 seasons in Philadelphia, Reid led the Eagles to five NFC Championship Game appearances. He managed just one trip to the Super Bowl, though, and we all remember what happened there. Sunday will be his second straight year of coaching the Chiefs in the AFC title game. The game will once again be held in Kansas City.

The Chiefs returning to the AFC title game shouldn’t come as a surprise. SugarHouse sportsbook had the Chiefs at +400 during the preseason to win the Big Game. With just four teams remaining, those odds have narrowed to +135. The San Francisco 49ers are +160.

So, if you like backing a favorite, pick one.

Few predicted the Tennessee Titans going to the AFC Championship Game. Mike Vrabel’s squad went into Saturday’s divisional game against the Baltimore Ravens getting 9.5 points, only to rout the AFC’s top seed. Add in a 20-13 wild-card victory over the New England Patriots, and this franchise is hot. A second-year coach, Vrabel deserves credit for getting the Titans to this point.

The Titans have truly defied the odds. DraftKings sportsbook had the team at +5500 prior to the postseason. The number now sits at +700.

At this point of the season, it comes down to Super Bowl or bust. This week, we reflect on two AFC teams that blew golden opportunities to advance.

Deshaun Watson and the Houston Texans jumped out to an early 24-0 advantage over the Kansas City Chiefs in the divisional round. The AFC South champions were getting 9.5 points on the road against Kansas City. This would-be upset quickly reversed course, as the Chiefs scored 41 unanswered points en route to a 51-31 victory.

In the other AFC game, the Ravens took the field as the odds-on Super Bowl favorites, having built a 14-2 regular season record. Factor in home field advantage along with the 9.5 point spread, and all signs were pointing to a Baltimore win.

What should we watch for in the AFC Championship Game?

On one side, there is Reid and his 13-4 Chiefs. The franchise had a great regular season, and turned into a legendary postseason performance last week. All that’s missing is a Super Bowl title. Could this be Patrick Mahomes’ year? He’s fresh off a five-touchdown showing against the Texans.

If this year’s playoffs have taught us one thing, however, it’s to not overlook the Titans. Despite getting 7.5 points from FanDuel Sportsbook, the Titans are playing like an unstoppable postseason force. Tennessee defeated Kansas City 35-32 in Week 10 of the regular season. If Derrick Henry gets going, anything is possible. On defense, the Titans have held their first two postseason opponents to 12.5 points per game.

This one could come down to coaching.

What should we watch for in the NFC Championship Game?

Green Bay will look to rebound on both sides of the ball. Getting Aaron Jones going will be key. The third-year running back is averaging 4.6 yards per carry, and scored twice against the Seattle Seahawks in the divisional round.

On the other side, San Francisco’s defense has been a strength all season. Led by Robert Saleh, the Niners’ defense held opponents to 19.3 points per game during the regular season. Last week, the Minnesota Vikings were held to 10 points. Aaron Rodgers and the Packers may face an uphill battle to find the end zone in the NFC showdown.