The Weekly Five: Which Postseason Loser Has the Best Shot at Next Year’s Championship? Plus, Here’s the Top Pick for Super Bowl MVP. 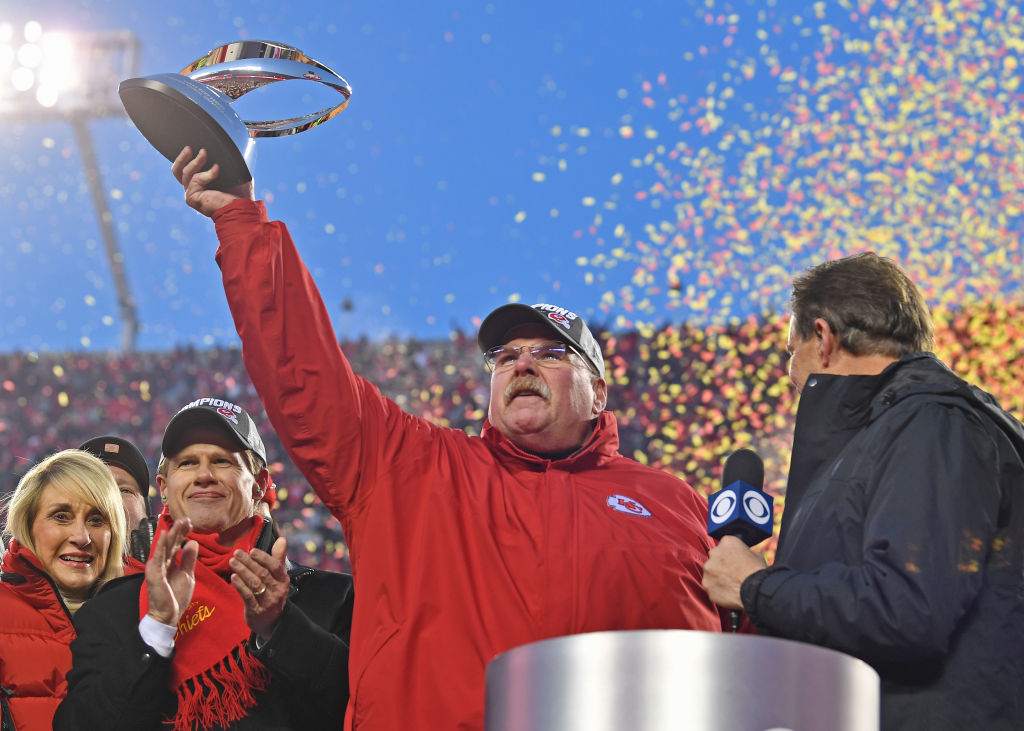 Dustin Gouker is a long-time sports writer and editor who now covers the sports betting and gambling industries. He’s also originally from Pennsylvania and a lifelong Eagles fan. Every week through Super Bowl LIV, he’ll offer insight into upcoming news and trends regarding football betting related to the Eagles and around the NFL.

Who should Eagles fans root for in the Super Bowl?

Not everyone was a huge Andy Reid fan by the time he left Philly in 2012.

But time heals all wounds, and Reid finds himself back in the Super Bowl after losing in his only appearance with the Eagles. Reid is clearly a good coach, and a majority of Eagles fans seem to want him to get a title.

We won’t tell you who to root for, but Big Red getting to hoist the Lombardi Trophy seems overdue.

Now that the Big Game is set, there are just two teams who can win it all. Oddsmakers have installed Kansas City as a 1.5-point favorite on the spread against San Francisco and about a -122 to -128 favorite on the moneyline.

Clearly, this looks like an evenly matched game on paper, two offenses that have been explosive along with defenses that can bottle up the other team.

If you had bet on the 49ers in the preseason, you would have gotten extremely long odds that would pay off handsomely should they win in Miami, so congratulations if you made that bet!

Here are the latest Super Bowl odds; learn more about how to bet on the Super Bowl in PA here.

We could obviously pick one of the teams in the Super Bowl, but instead we’ll take the Tennessee Titans, despite a loss last week.

They overachieved even to get to the AFC title game, surviving a quarterback change midseason from Marcus Mariota to Ryan Tannehill. Their running-first attack worked all the way up until they found themselves trailing by double digits to KC.

But after beating both the Ravens and Patriots as an underdog, the Titans will look to be a team to be reckoned with again next season.

Green Bay. Quarterback Aaron Rodgers and the Packers put up little resistance in the NFC Championship game against the 49ers.

Many had thought Green Bay had put up one of the league’s best records that didn’t match the team’s talent; a dreadful performance against San Francisco gave some credence to those opinions. The Eagles handed the Packers one of their three regular-season losses.

It also leads folks to wondering if that was Rodgers’ last great chance to win the Super Bowl; only time will tell, but he’s clearly on the downside of his career.

Who is the current favorite to win Super Bowl MVP?

Right now, it’s not a particularly close race according to PA oddsmakers.

KC QB Patrick Mahomes is about a -150 favorite at a lot of sportsbooks. He’s the best player on the team that’s favored to win in the Super Bowl; that’s enough to earn you the “favorite” label. He has shredded opposing defenses in the playoffs.

Raheem Mostert, on the heels of a 200-yard and four-touchdown performance in the title game, will likely be a trendy pick for those that think SF can pull off the upset.

For more information and news about betting on the Super Bowl in PA, head to Play Pennsylvania.