The Weekly Five: An Expert Breaks Down the Eagles-Cowboys Showdown 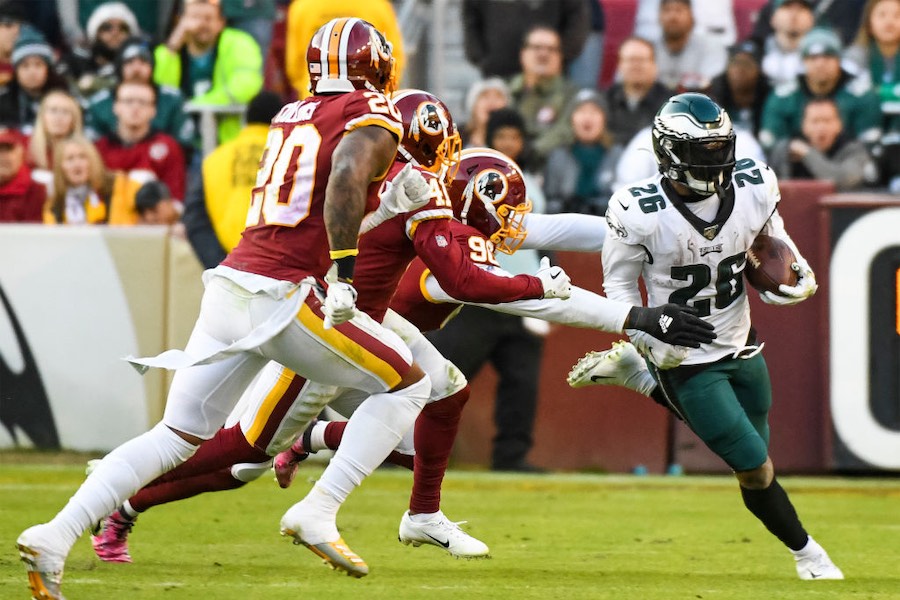 Who has stepped up on the Eagles lately?

It’s no secret that the Birds have a decimated wide receiver corps. Alshon Jeffery and DeSean Jackson are each on injured reserve, and Nelson Agholor has been sidelined with a knee injury for the past two weeks.

Against the Washington Redskins, Greg Ward Jr., the former college football quarterback, made the most of his opportunity by catching seven passes for 61 yards, including the game-winning touchdown.

It also couldn’t hurt to get another strong performance out of rookie running back Miles Sanders. The Penn State product found the end zone twice in a monstrous 172-yard Week 15 performance. But that was against the Redskins; it will be much more difficult to replicate this stat line against a team of Dallas’ caliber.

What are the Eagles’ chances of making the playoffs right now?

Well, it will be much easier to give an answer after Sunday’s game against the Dallas Cowboys (kickoff is 4:25 p.m. at the Linc). The formula is simple: a win over Dallas will give the Eagles control of the NFC East. Combined with a Week 17 win over the New York Giants, and the NFC East title will come home to Philly. If the 7-7 Birds lose to the 7-7 Cowboys, however, any chances of making the postseason will go bye-bye.

In other words, a repeat of the Eagles’ Week 7 performance—a 37-10 loss in Dallas—cannot happen. Talk about a perfect time to get revenge.

If that’s not enough, FanDuel Sportsbook tabbed the Eagles as +2.5-point underdogs. That’s right, the Eagles aren’t favored at home against the hated Cowboys.

By winning out, the Birds would open the postseason at home.

Which team has surprised you this season?

The Buffalo Bills have been one of the NFL’s biggest surprises this season, clinching a playoff spot with a 10-4 record. The mark includes Week 15’s 17-10 road win vs. the Pittsburgh Steelers.

Buffalo plays at the 11-3 New England Patriots on Saturday (4:30 p.m. kickoff). The Pats won in their first encounter 16-10. DraftKings sportsbook lists the Bills as a 6.5-point underdog.

At the outset of the regular season, the Bills were not projected to finish with a winning record. DraftKings Sportsbook set the Bills’ over/under win total at 6.5. Plus, Buffalo entered Week 15 at +5000 to win the Super Bowl (a $100 wager would pay out $5,000). That line has since shifted to +3500.

At this point of the season, most team futures (a wager based on the outcome of an upcoming event) on win totals have been settled. Looking back at the preseason lines set at DraftKings, Los Angeles Chargers fans who took the over (9.5 wins) will not be happy that their team is 5-9 with no shot of making the postseason. Philip Rivers’ squad could still finish 7-9, but that’s of no consolation to those bettors.

Eagles fans feel a similar pain. The over/under was set at 10 wins, and the best they can finish is 9-7.

What should we watch for in the games this weekend?

The Los Angeles Rams are playing at the San Francisco 49ers on Saturday night (“Thursday Night Football” has concluded this season) in a high-stakes showdown. San Francisco is coming off a 29-22 loss to the Atlanta Falcons, but still managed to clinch their first postseason berth in five years. Plus, the Niners are still in the hunt for the NFC West title.

After playing in the Super Bowl last year, the 8-6 Rams are in danger of missing the playoffs. Last week’s 44-21 loss to Dallas didn’t help matters. And their odds of getting back to the big game and winning it took a significant hit (+20000). They were at +6600 prior to Week 15.

No matter which team wins, this game sets the table for some big Week 17 storylines.