The Weekly Five: Can the Eagles Make the Playoffs? Depends on These 5 Players (And 2 Staff). Plus, How Much Did That Cowboys Loss Matter? 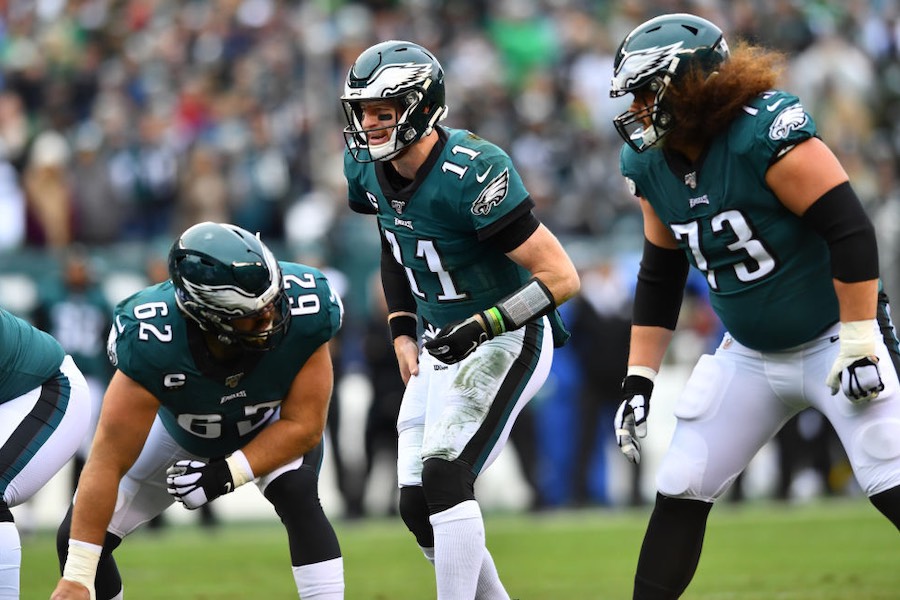 Katie Kohler is an award-winning journalist with more than two decades of experience covering suburban Philadelphia. She still has the Eagles Super Bowl, Action News post-game and the Super Bowl parade on her DVR and watches it at least twice a month. The lifelong Eagles fan angry-tweets during games and will also be contributing insight and NFL betting trends throughout the season.

What hope do the Eagles have for a playoff spot at this point?

The Eagles remaining schedule is the easiest in the NFL. They have little to no room for error to have any chance of winning the NFC East and making the playoffs. They squandered opportunities to at least come away with one win in their last two games. Now, they have to go 5-0 the rest of the way. Or hope for a Dallas Cowboys collapse.

What do the Eagles need to do differently to get back on track?

Carson Wentz, Doug Pederson and offensive coordinator Mike Groh need to adapt. The Eagles offense looks sluggish and predictable. If Alshon Jeffrey, Jordan Howard, Lane Johnson, and Brandon Brooks return to action, the offense needs to start showing something and move the ball consistently. Maybe it’s time to scrap the “fireworks” section of the playbook and concentrate on execution.

Who’s the best team in the NFL right now?

The Patriots. It might not be the exciting pick like the Ravens or the 49ers. The Patriots are winning Denver Broncos circa 2015 style, defense and an efficient Tom Brady. Oh, and Brady is clearly frustrated about the offense’s struggles which means that him and Bill Belichick are going to get it fixed for when it matters. Check out the latest Super Bowl odds.

Which game should Eagles fans watch on Thanksgiving?

Eagles fans should keep a close eye on the Bills vs. Cowboys game at 4:30 on Thanksgiving. The tryptophan might be kicking in but the desire to see the Cowboys get beat should be stronger. If the Eagles hope their Week 16 matchup with the Cowboys decides the NFC East, they need the Cowboys to lose one (preferably two) of their next three games.

What’s your must-watch game of the week?

San Francisco 49ers (10-1) vs. Baltimore Ravens (9-2). “Possible Super Bowl matchup” will be thrown around a lot. Enjoy this game for what it is—two teams that are playing at an extremely high level (unlike the Eagles). They are both coming off of blowout wins against good teams.

The Ravens and the 49ers rank first and second in points. But before you jump on the “over” consider that the 49ers have the top defense in the league and the Ravens are only giving up about 18 ppg.