How Ardmore Got Its Mojo Back

Our guide to living on the "Main Street of the Main Line." 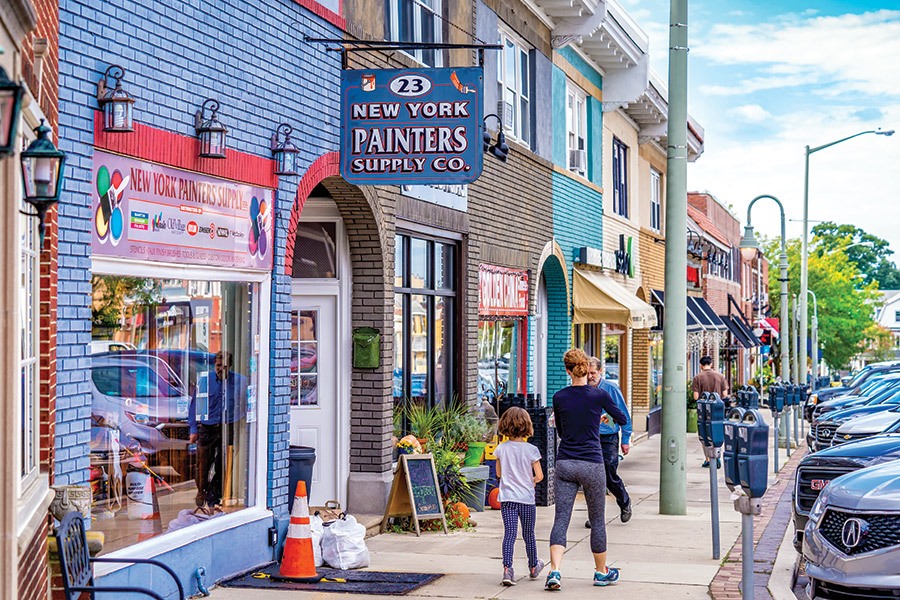 Ardmore had the first walkable downtown in the Philly suburbs; a tavern/hotel served as a community hub in 1796, and the town grew up around it. The modern version has had its highs and lows over the years — including a downswing in the ’90s and early aughts — but now Ardmore is thriving again. Upscale boutiques like Delsette and Eaves and fancy toy store PucciManuli cater to the well-heeled. Good-times spots like Tired Hands Brewing Company, the Ripplewood, the Bercy and Ardmore Music Hall have brought a crowd back after the sun sets.

Suburban Square, one of the first planned shopping centers in the country, is in the midst of a reconfiguration that’s brought in fitness meccas Life Time and SoulCycle. All of this buzz has meant a field day for sellers. “Homes sell quickly, and for an average 97 percent of their selling price,” says BHHS Fox & Roach agent Jeff Pendergast. And new apartments mean renters can enjoy all this, too. The highest-profile complex, Carl Dranoff’s One Ardmore Place, is just about complete; joining it will be the 77-unit Cricket across the street.

Ardmore isn’t just unique for its walkability — it’s both the largest and the second most diverse hub on the Main Line. Philly’s Japanese-American community holds its summer festival here, for instance, because it’s centrally located for far-flung members. (The presence of Japanese marketplace Maido helps.) Events organized by the Ardmore Initiative and the Ardmore Business Association, from Easter egg hunts to Oktoberfest parties, activate the town center. And Ardmore is home to the Main Line’s oldest and largest African-American community, just south of downtown.

Published as “Living In: Ardmore” in the November 2018 issue of Philadelphia magazine.