Commencing at 11:00am, the Monday groundbreaking will take place at Bartram’s Mile North and will count Mayor Michael Nutter, elected officials, Bartram’s Garden Executive Director Maitreyi Roy and others as speakers. The event is open to the public and will include light refreshments and ample free street parking. (Further details here.) Bartram’s Mile is set to run along the west Schuylkill riverbank from Grays Ferry Avenue to 56th Street and will eventually link to to the Schuylkill River Trail, thereby extending trail access to Southwest Philadelphia and historic Bartram’s Garden. How will this happen? Well, because Bartram’s Mile will be on the Schuylkill’s western bank (the first segment of the trail to be on this side), it will have to connect to the Gray’s Ferry Crescent trail on the eastern bank by way of a novel, though not unheard of, method: a swing bridge.

That bridge, the proposed Schuylkill River Swing Bridge, is currently in its early stages. According to PlanPhilly’s Jim Saksa, full funding is secured and, should everything progress smoothly, the bridge could be seeing its groundbreaking as early as this summer.

The Crescent, of course, has yet to be connected to other trails (it’s currently used as a neighborhood park), so even that’s another piece of the trail puzzle that must be resolved before the west and east banks of the Schuylkill River Trail are truly connected.

When that happens, this trail will close “an important gap in the Circuit Trails which is Philadelphia’s multi-use trail network of more than 300 miles of trails,” one spokesperson told us. “When complete this network will be one of America’s most comprehensive trail networks with more than 750 miles of interconnected trails.”

The development of Bartram’s Mile, sited at a long abandoned strip of land in Philadelphia’s Kingsessing neighborhood, is thanks in large part to the Philadelphia Parks and Recreation office, the Schuylkill River Development Corporation (SRDC), and the John Bartram Association. Below, renderings of the planned segment (see more here). 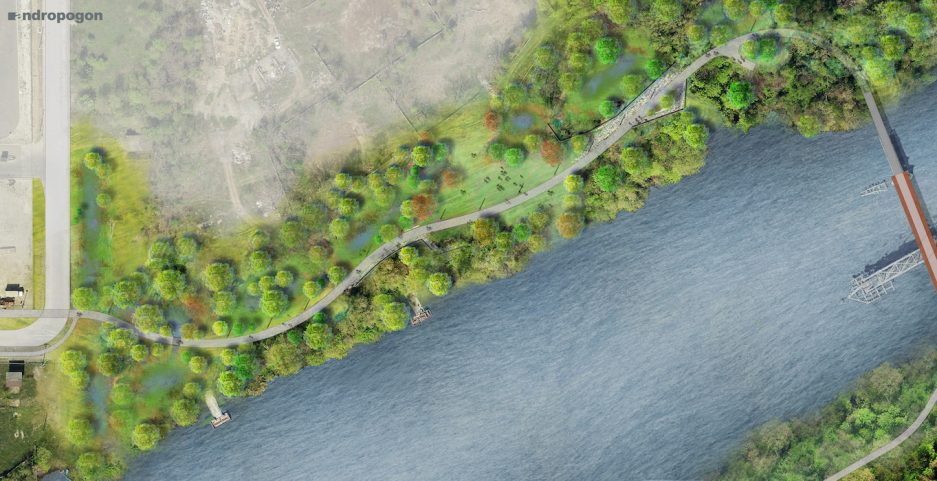 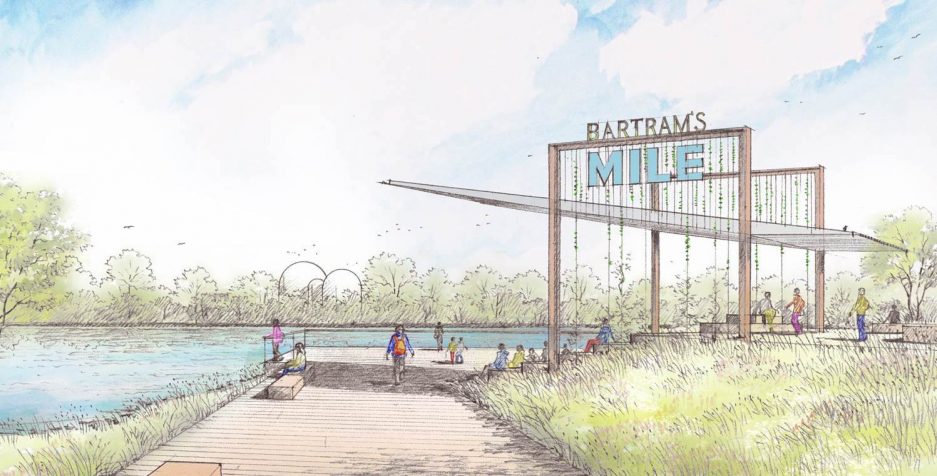 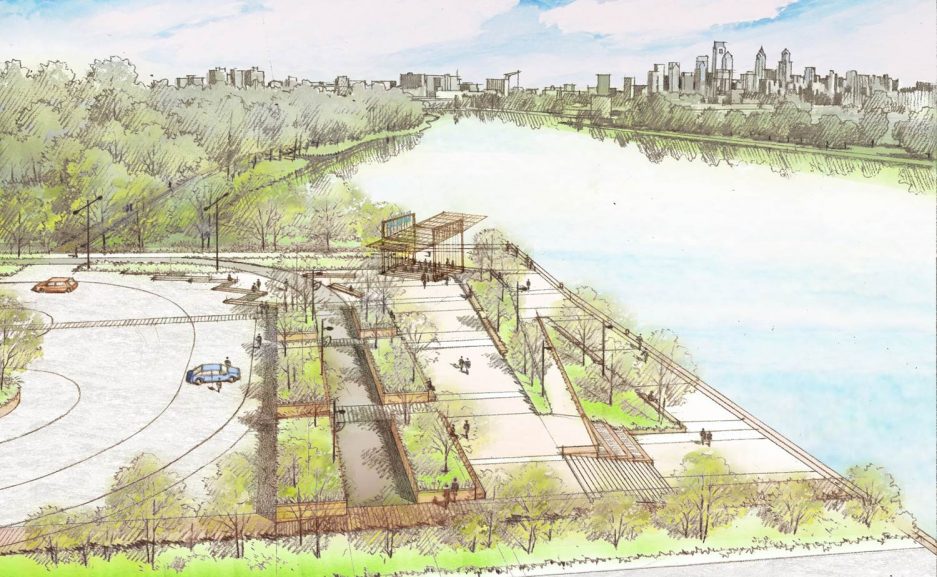 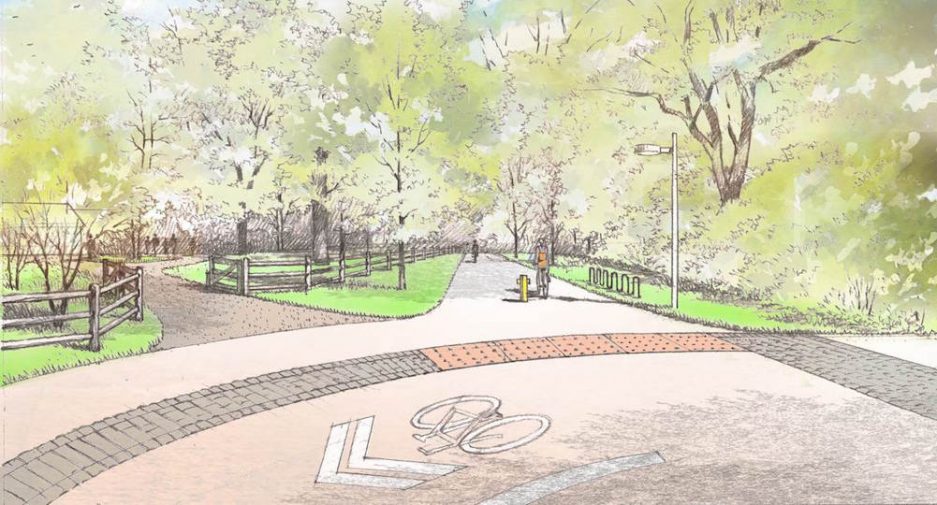