"The intersection, in a year, will look vastly different. It'll be really cool." “This intersection is a pedestrian nightmare,” Sam Sherman says.

Fortunately, by this time next year, the harrowing experience that is crossing 12th and Passyunk on foot will be nothing but a long-forgotten bad dream. Here’s why: it’s in for some serious pedestrian-friendly upgrades, one of several the Passyunk Avenue Revitalization Corporation (PARC) has in store for the area.

According to the Passyunk Post’s Taylor Farnsworth, the East Passyunk Civic Association held a meeting last night regarding two possible plans that would make the intersection nicer and more safe for pedestrians. Farnsworth reports an estimated forty people came out to hear the proposed improvements presented by project engineers and representatives from the Streets Department, Commerce Department, and PARC.

Although both plans call for similar upgrades to the intersection’s traffic lights, greening, ADA compliance, and general streetscape, the meeting’s ending vote tipped in favor of the plan called “Alternative 1,” which includes two pedestrian islands instead of one island and one peninsula, as the second one does (you can check out “Alternative 2” over at PP).

We reached out to PARC Executive Director Sam Sherman who provided us with some of the specifics of Alternative 1, which includes “widening the sidewalks, eliminating on-street parking, [and] creating raised pedestrian platforms where people can seek refuge.” He also told us the current street lights would be removed and re-calibrated “to get a sense of order,” while the entire area would be repaved and get new trees installed.

“It’s one of those places on the avenue that creates a visual break” he noted of the difficult cross section. However, he added there’s “a lot of private development going on” and that the “intersection, in a year, will look vastly different. It’ll be really cool.”

While PARC, which Sherman estimates has invested anywhere from $7 million to $8 million in neighborhood improvements in the last four-and-half years, expects this project to finish in early 2016 (prior to the Democratic National Convention making its way to town), it’s also gearing up for the completion of the East Passyunk Gateway and Mifflin Triangle projects, both of which are due to be finished by the time the Car Show & Street Festival rolls around – i.e. less than two weeks from now.

Below, early schemes of the 12th and Passyunk pedestrian-friendly improvements and images of the in-progress Gateway, completed Mifflin Triangle and a current view of 12th and Passyunk, which Sherman says will soon have its plan tweaked to present for official bidding.

The sites and early schemes 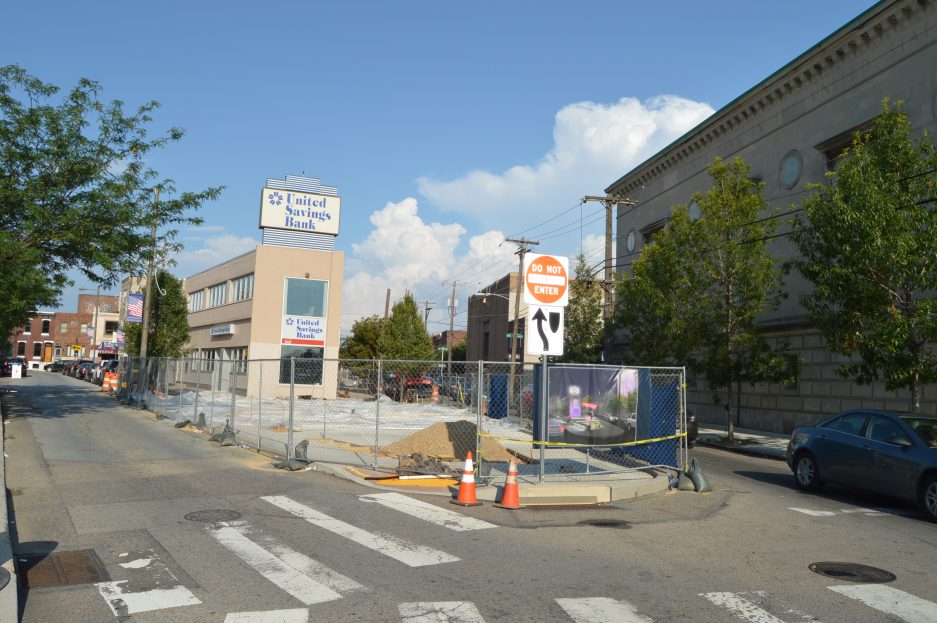 The future East Passyunk Gateway at Broad and McKean 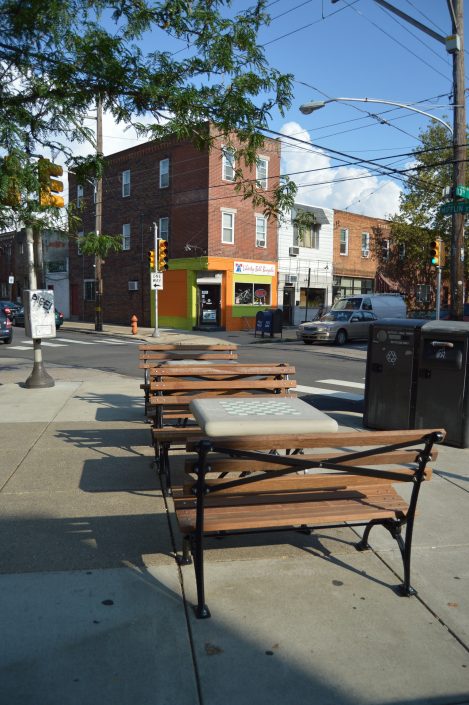 Tables and seats at the Mifflin Triangle 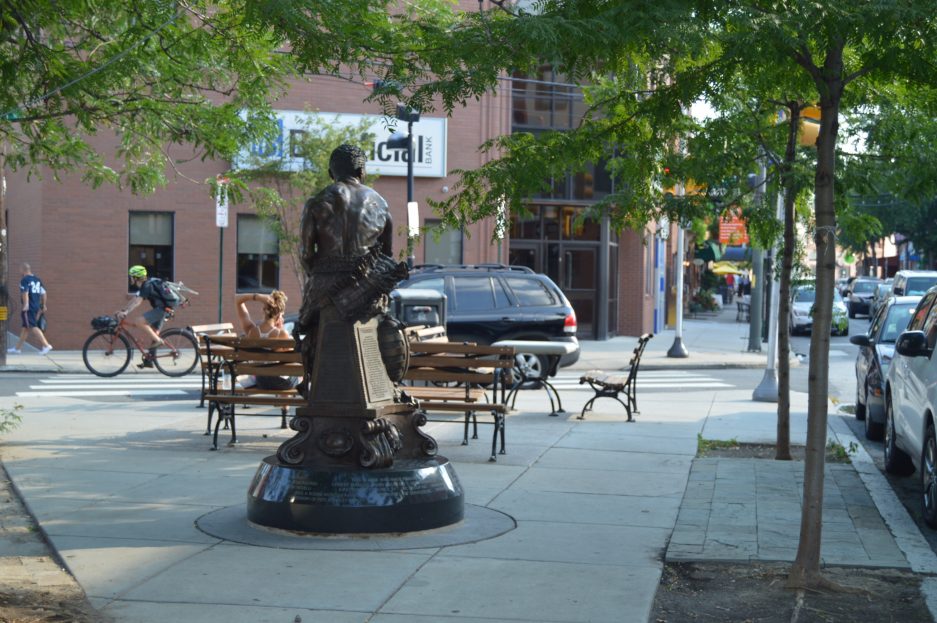 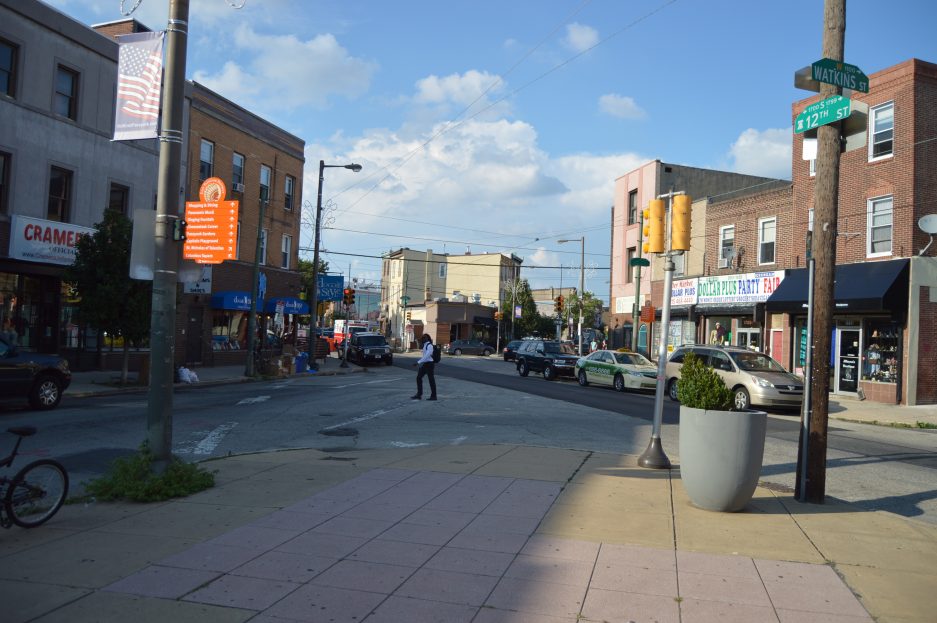 The southern point of the intersection of East Passyunk Avenue, Morris, Watkins and 12th streets 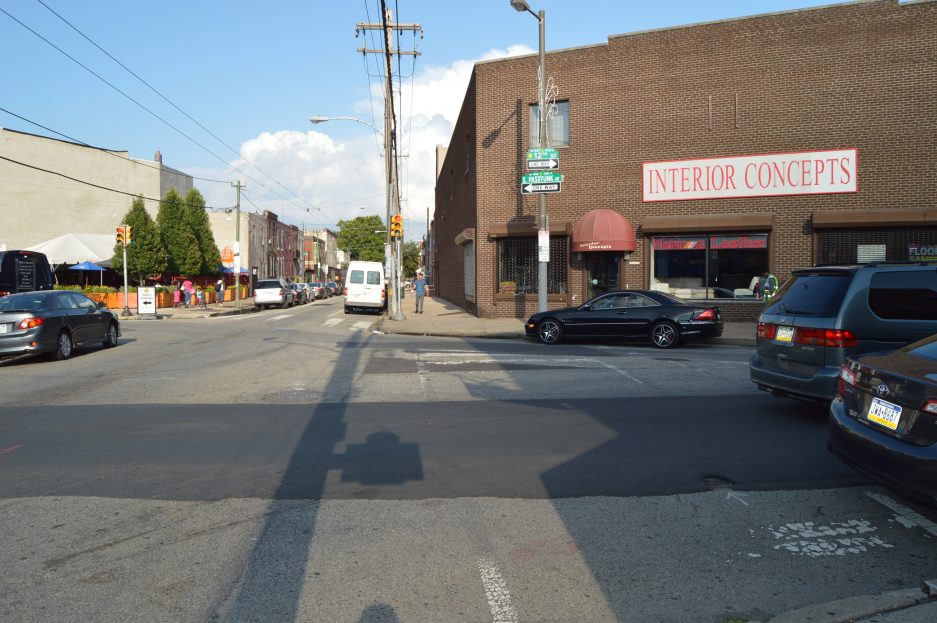 Looking east on Morris, the trolley tracks were recently paved 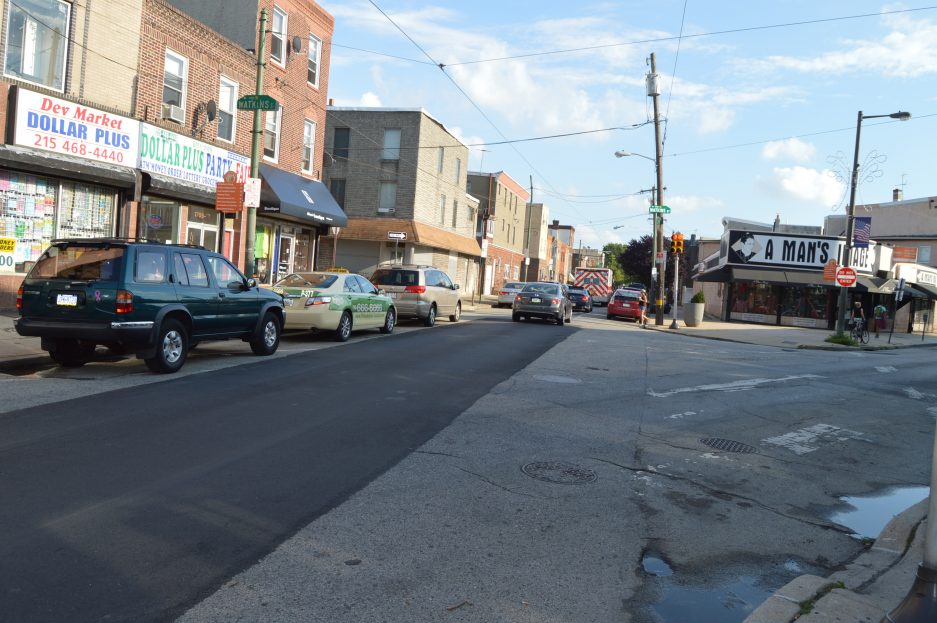 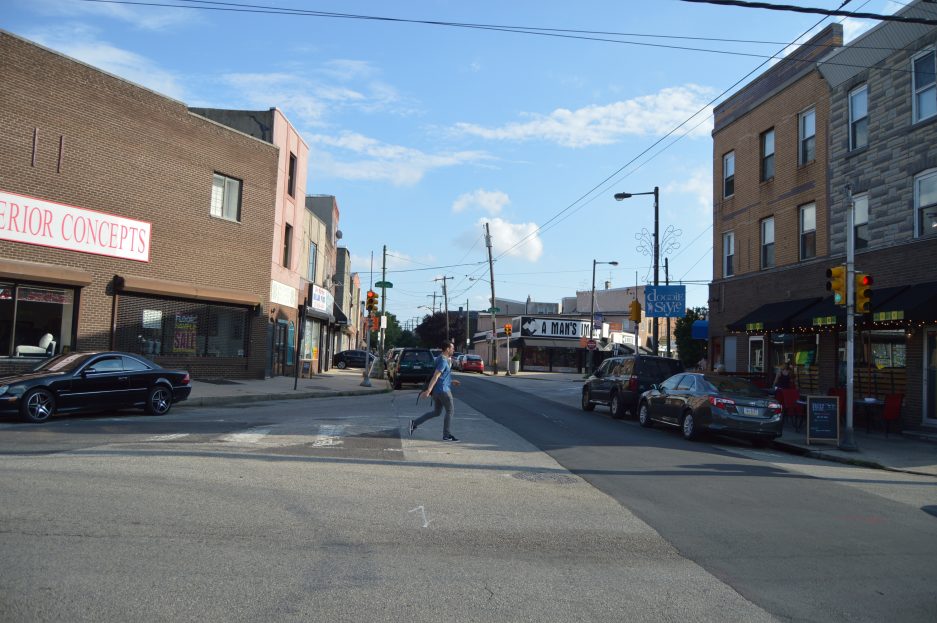 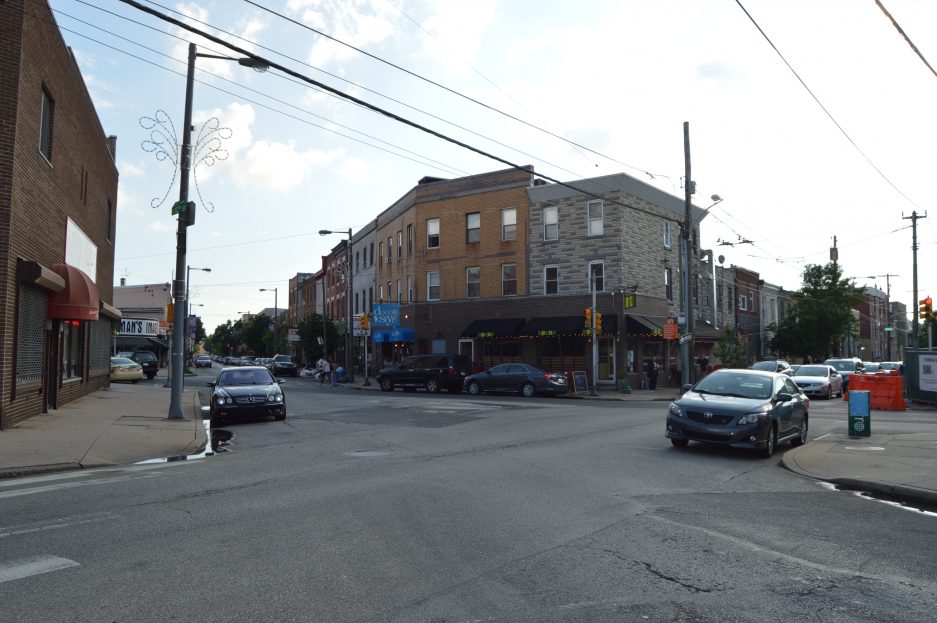 The northern point of the intersection 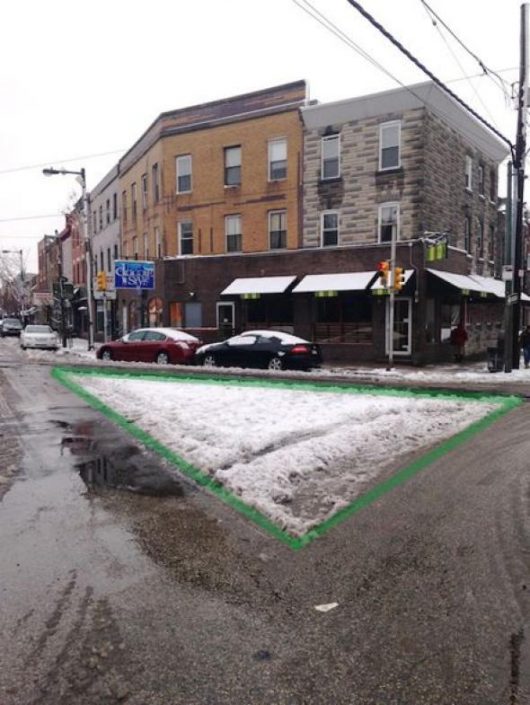 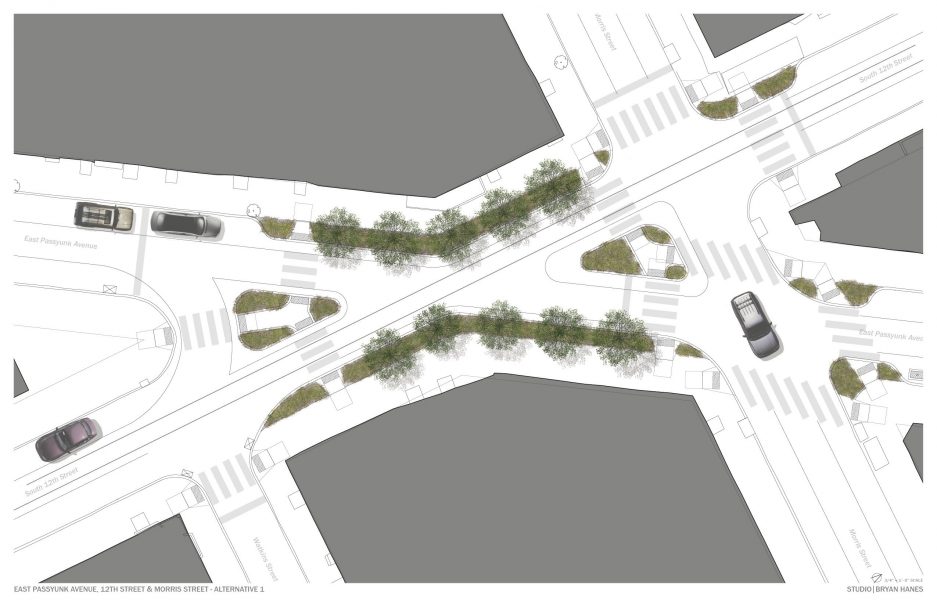 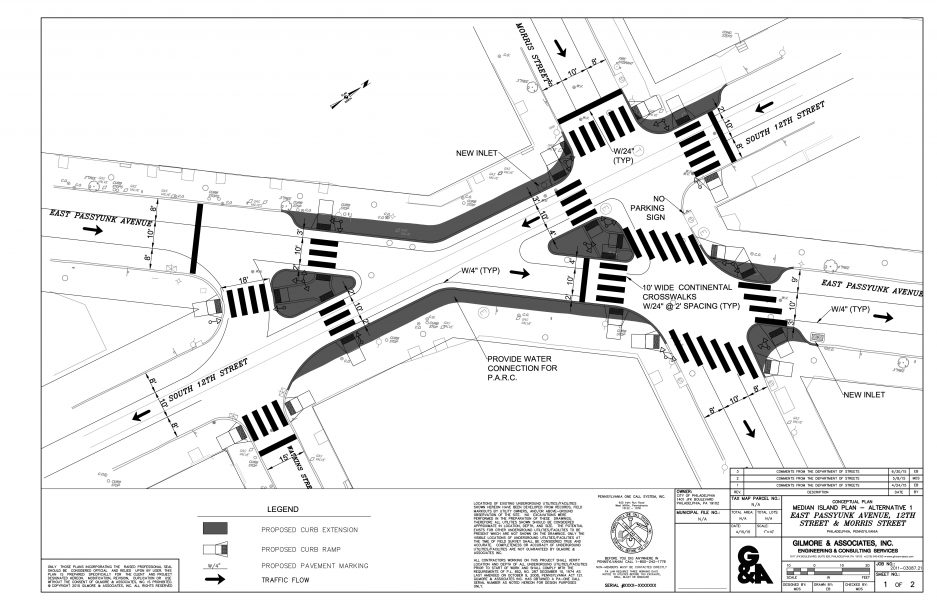