Here's a preview of the 4.5-acre green space from the designers of NYC's High Line and Philly's beloved Race Street Pier. The park is now open. Take a look: 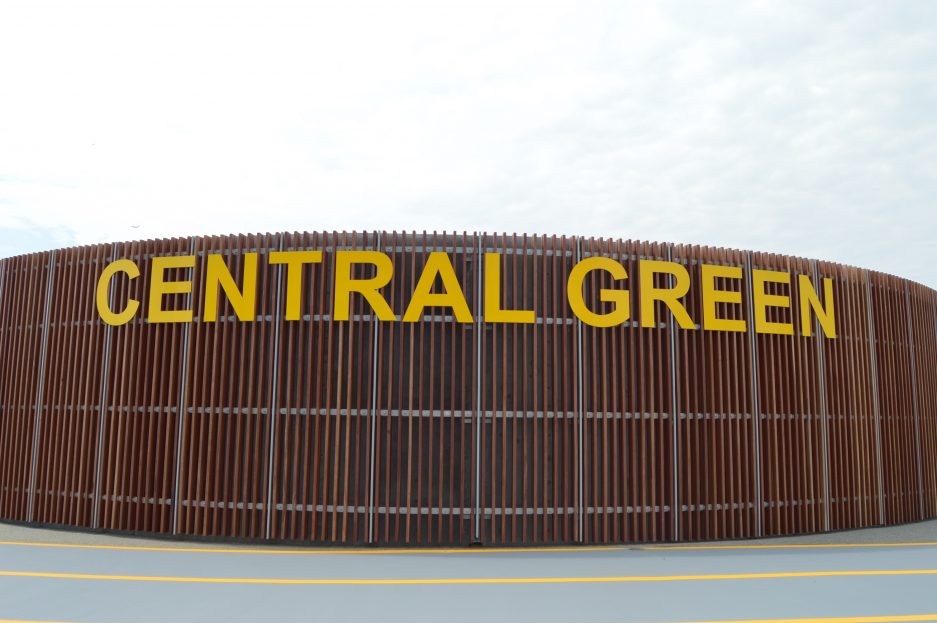 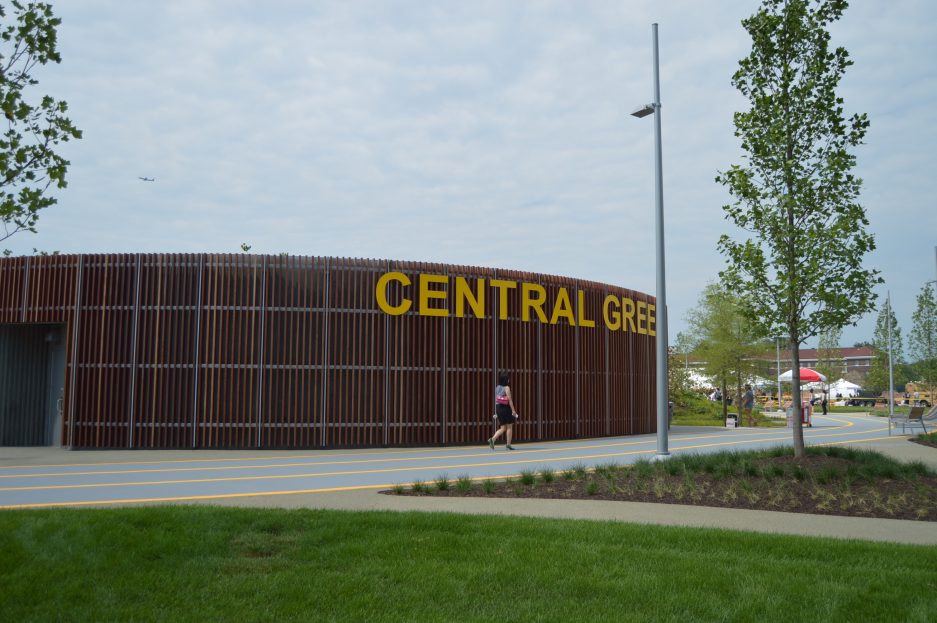 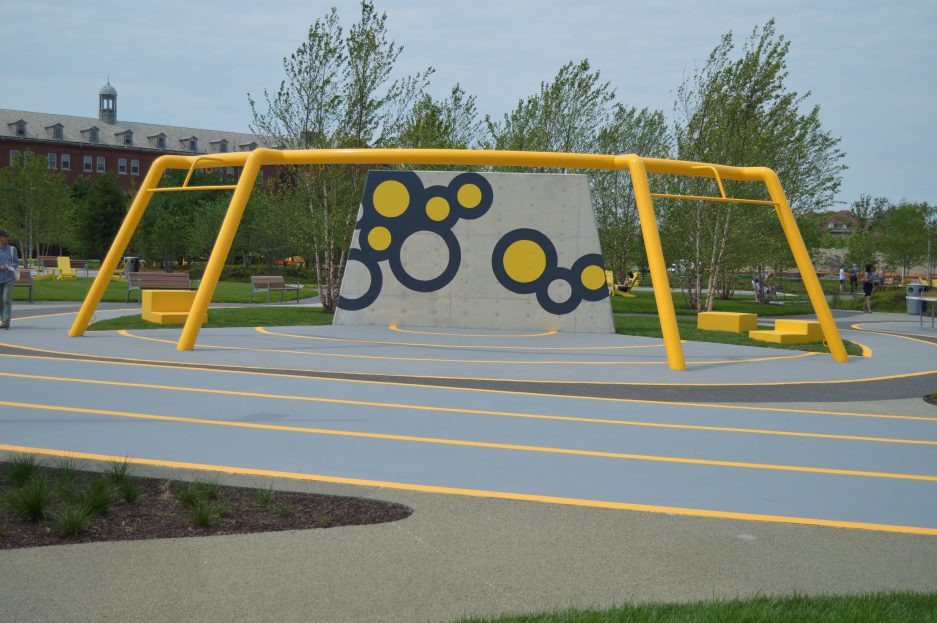 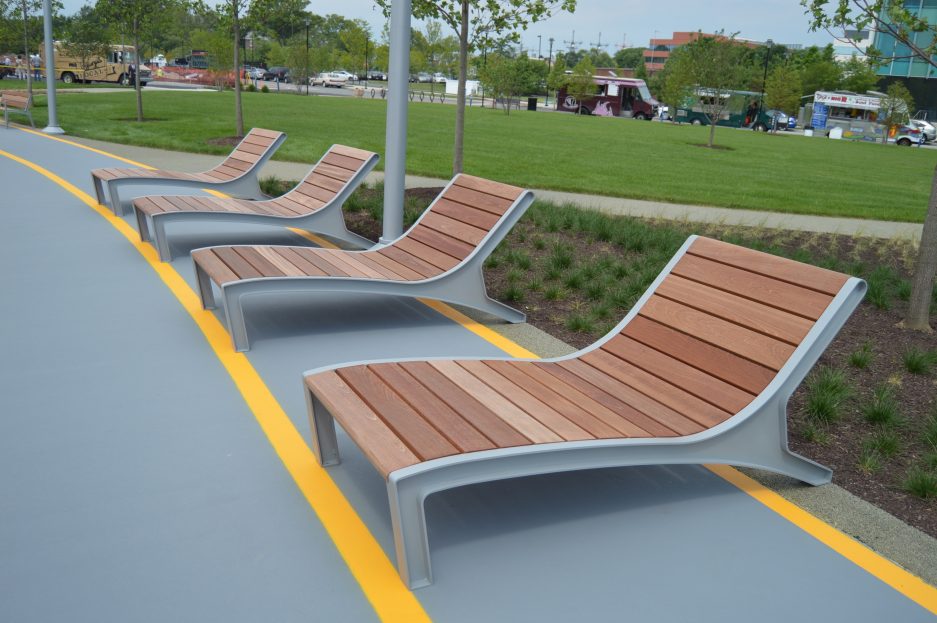 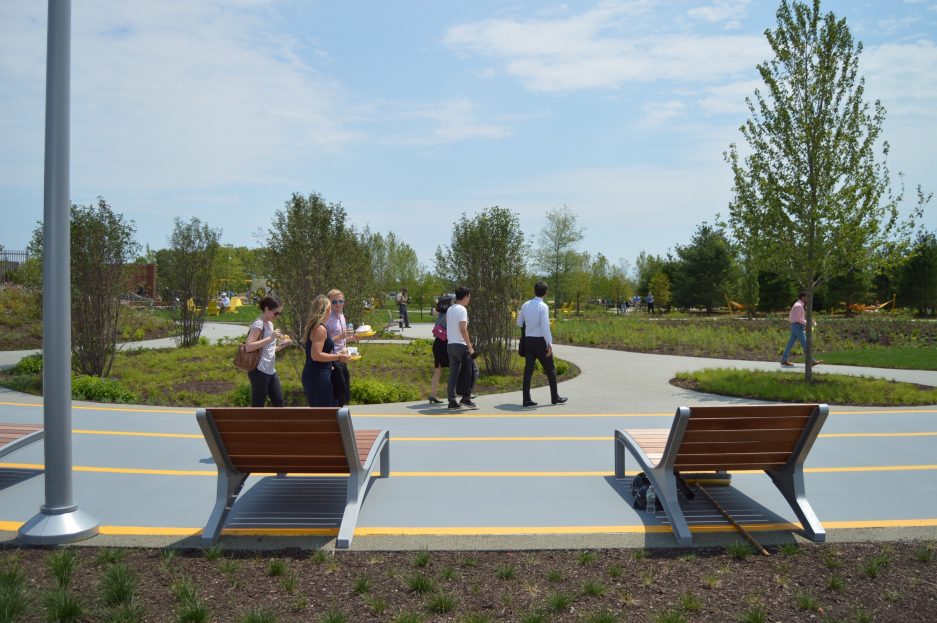 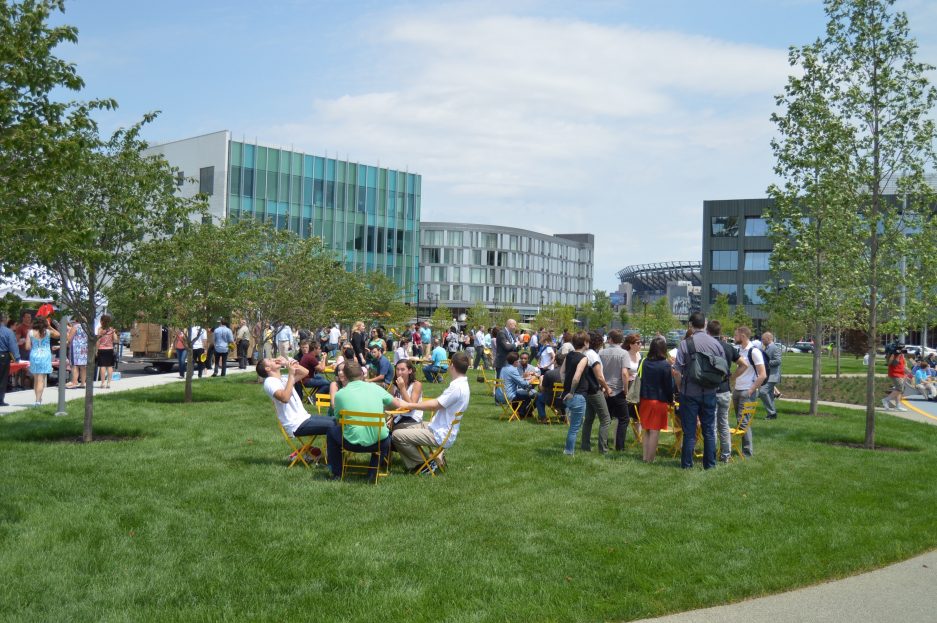 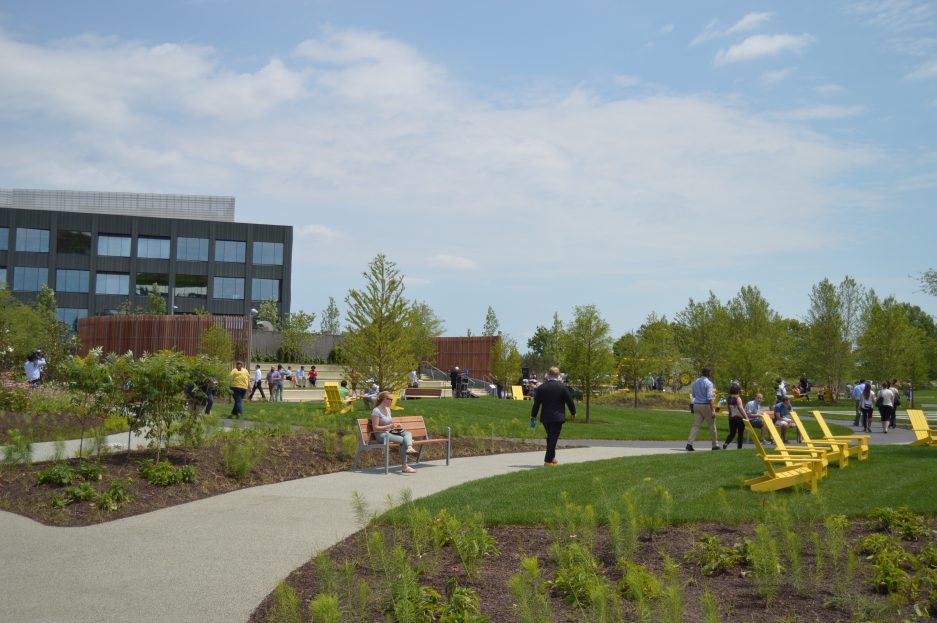 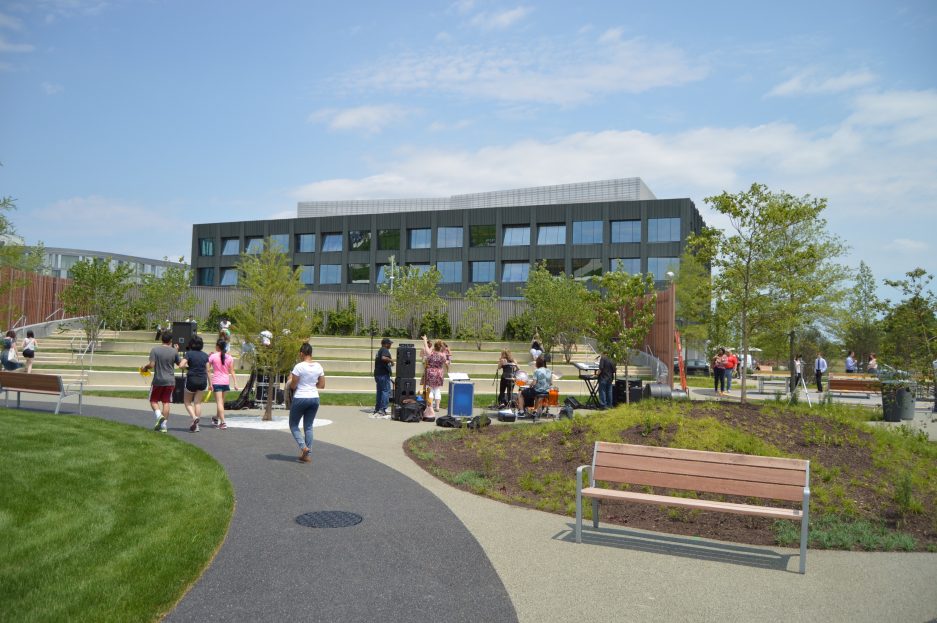 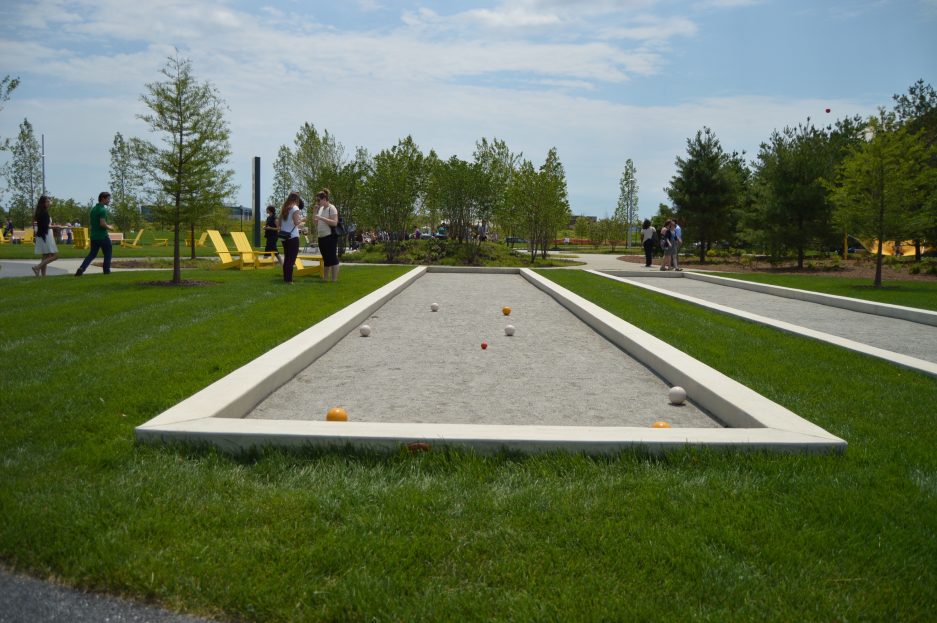 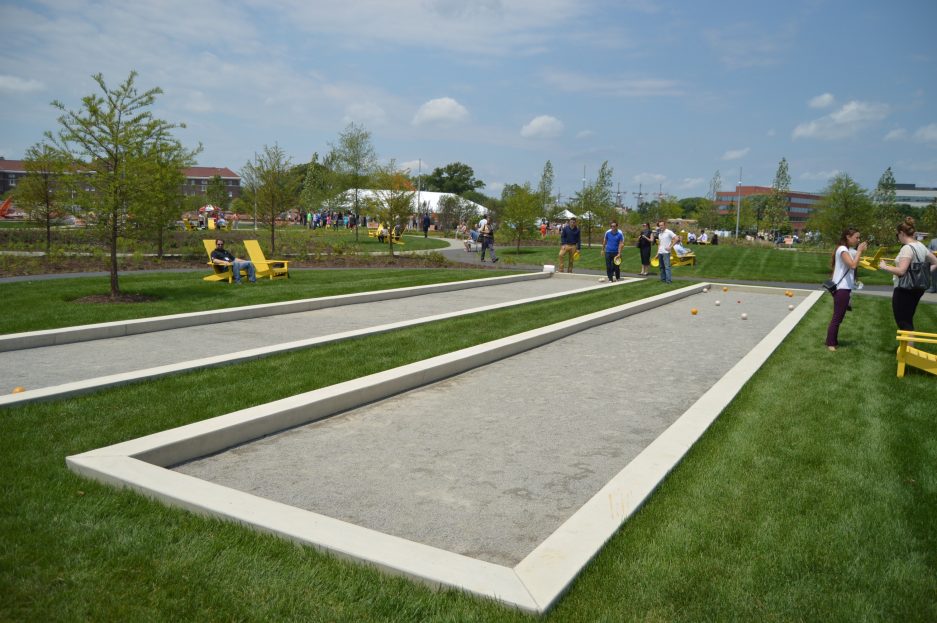 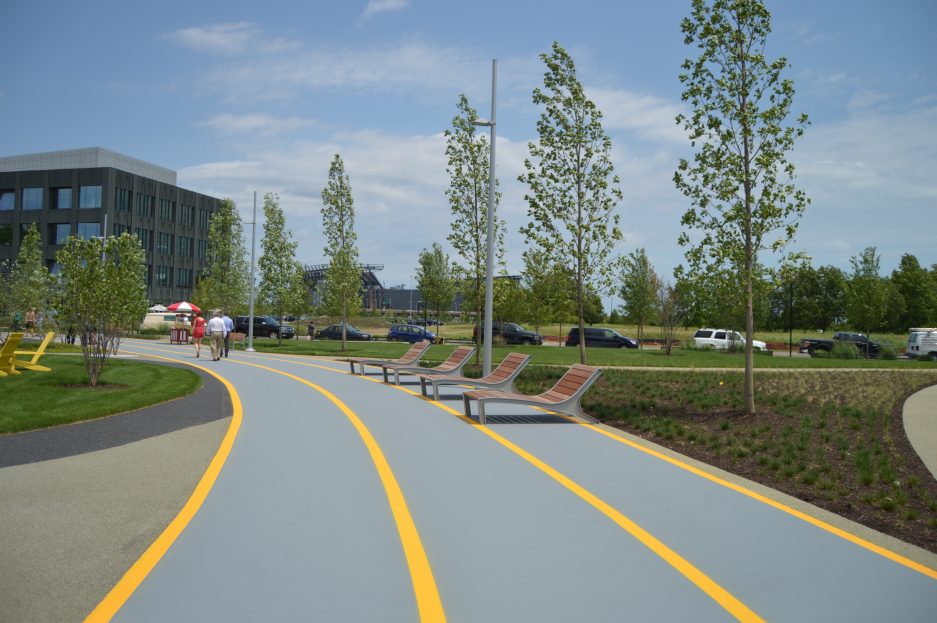 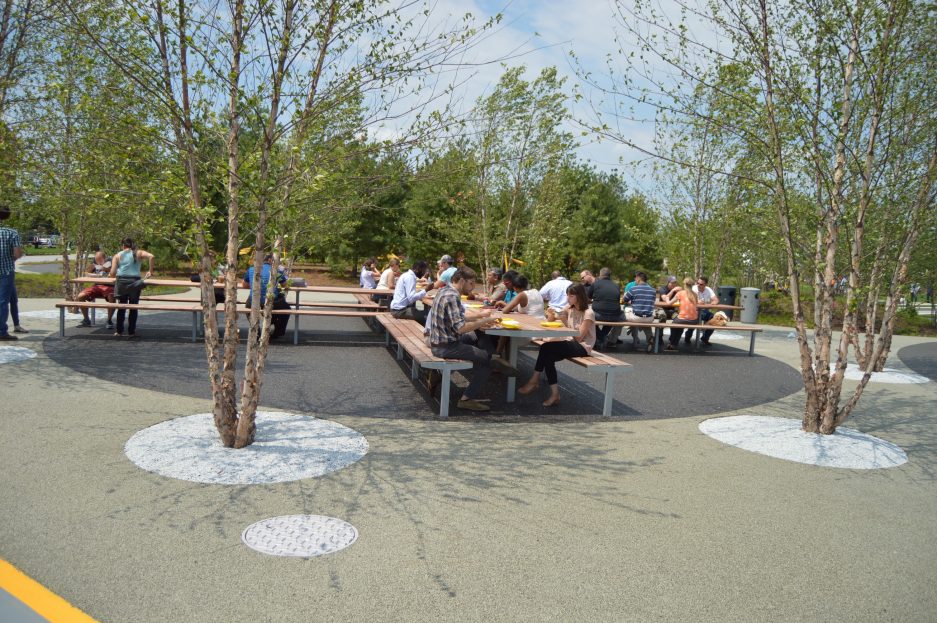 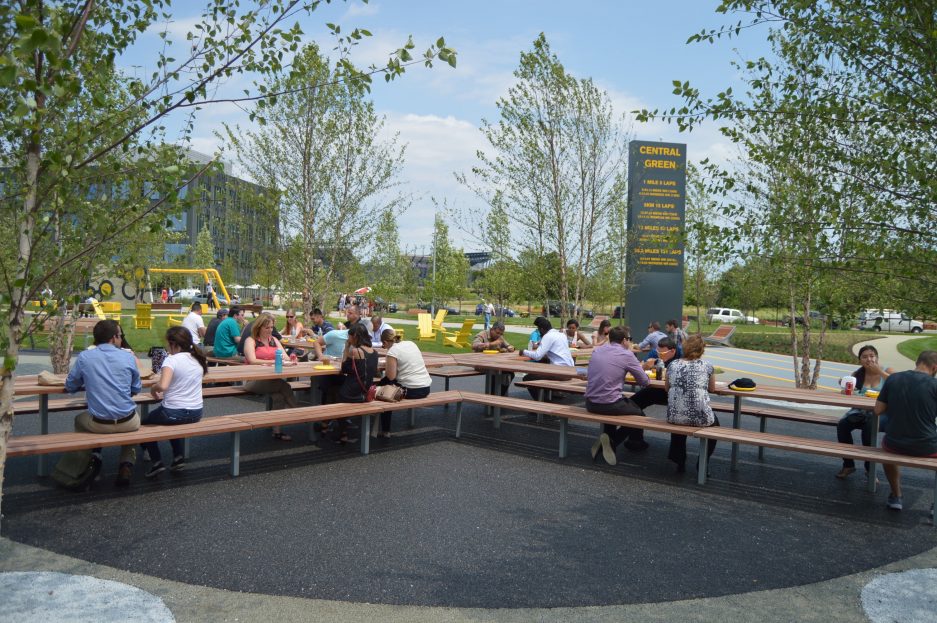 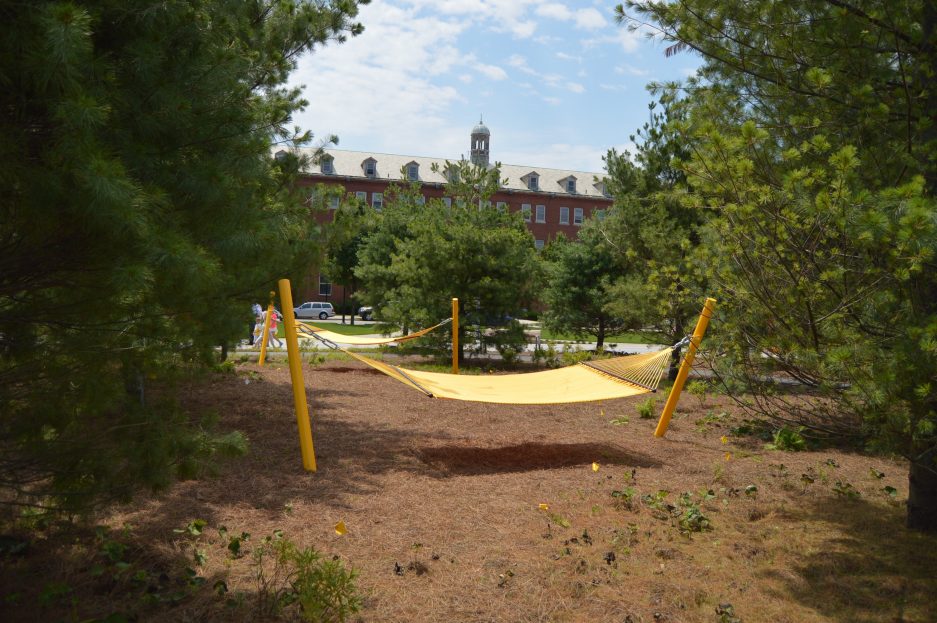 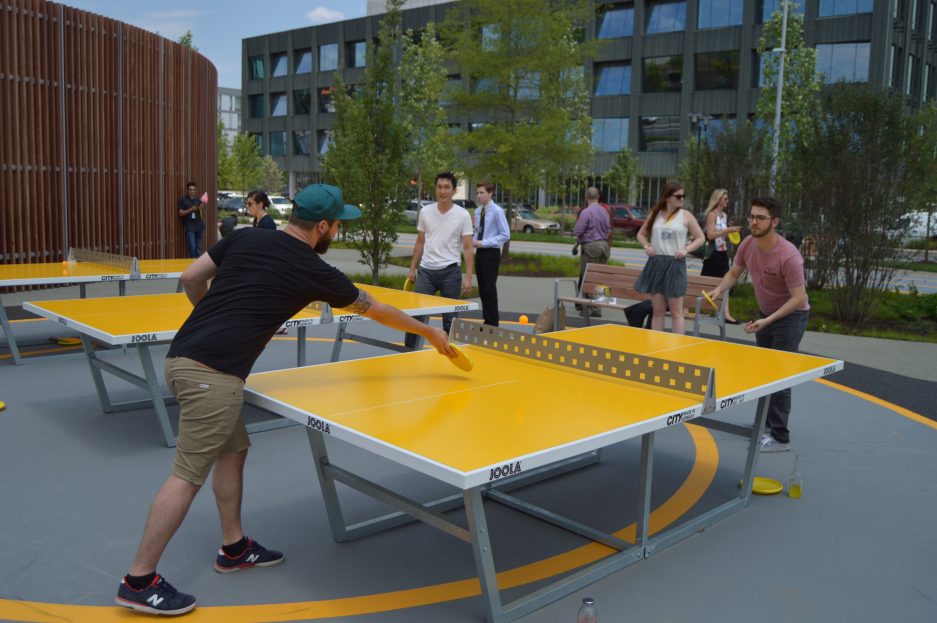 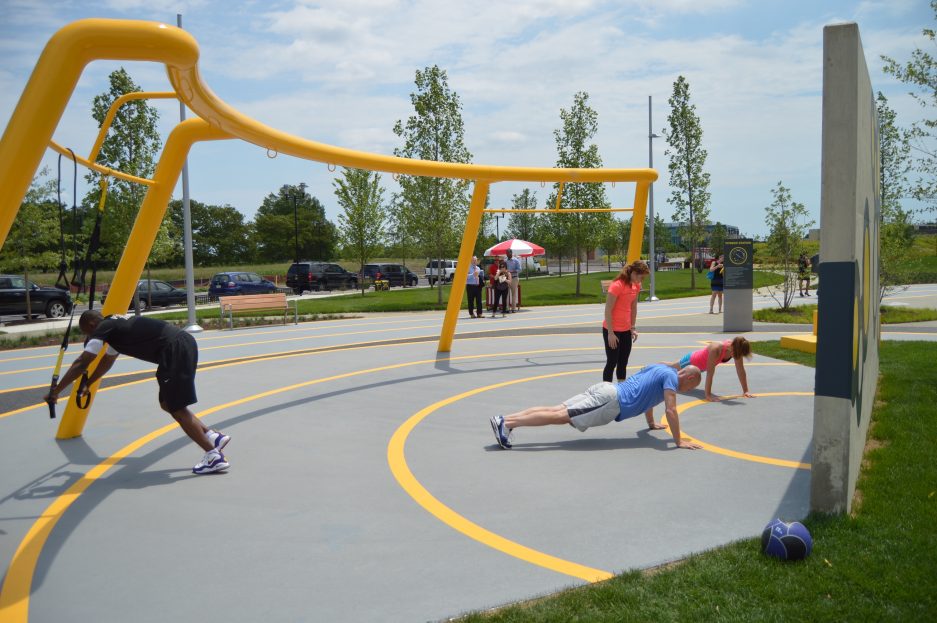 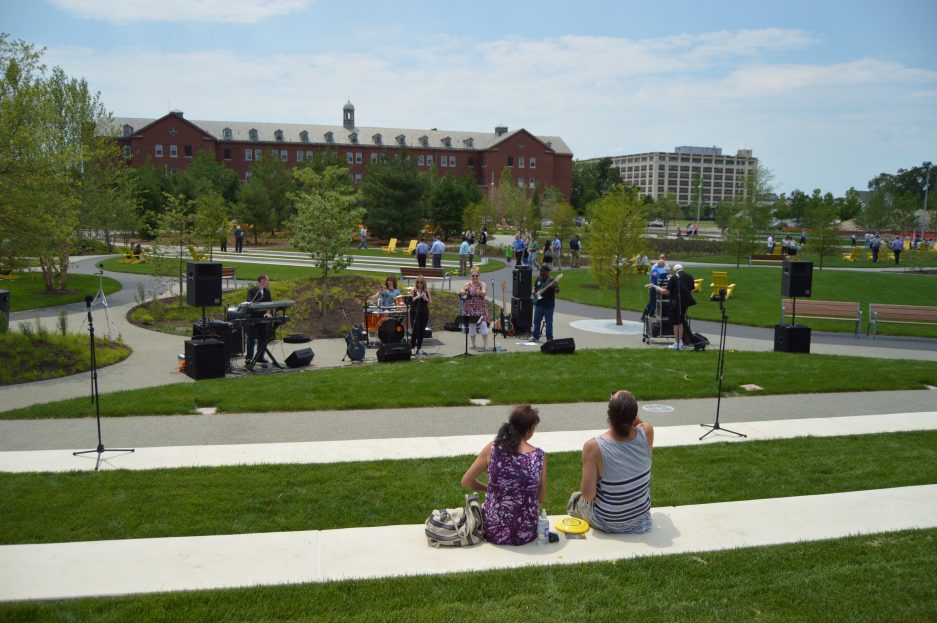 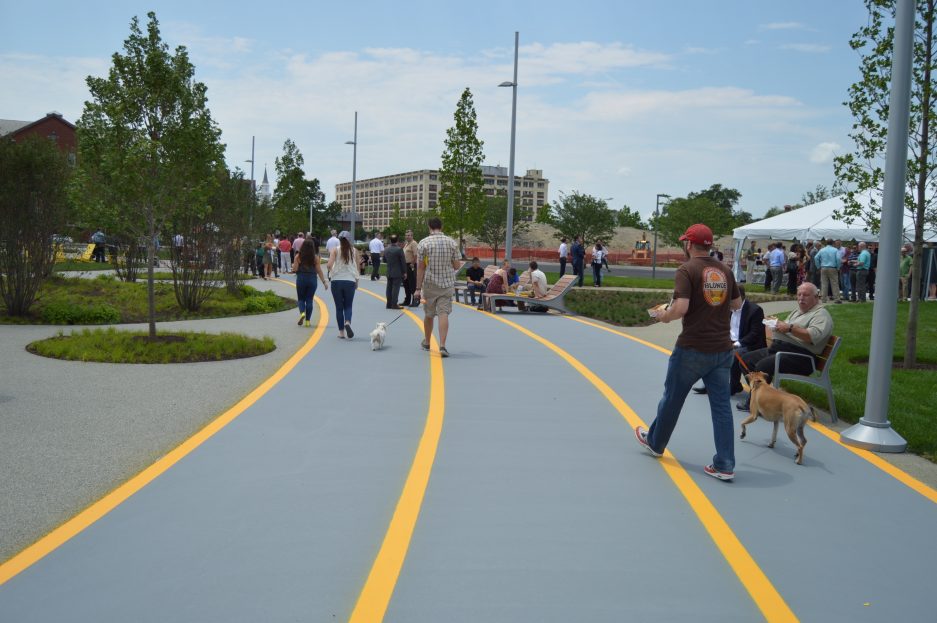 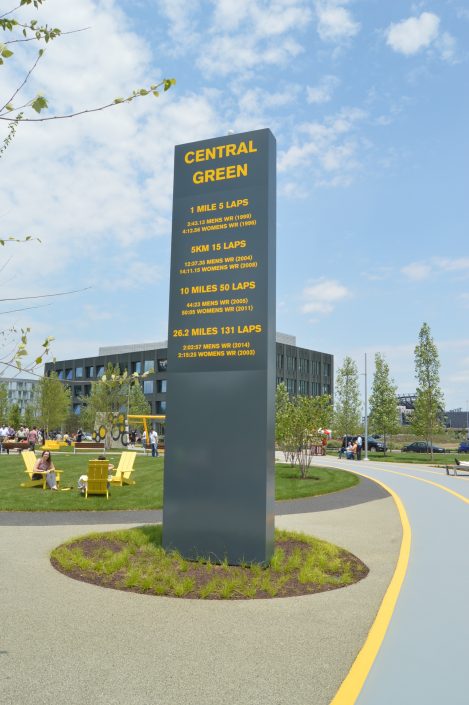 The Navy Yard is set to officially unveil its new 4.5-acre green space dubbed Central Green next week. Jennifer Tran, Marketing and Communications Manager at the Navy Yard, told Property that the ribbon cutting will take place on Tuesday, June 30 at 11:45 a.m. at Rouse Boulevard and Intrepid Avenue (map). The event is open to the public and will feature live music, giveaways, a pay-as-you-go food truck lineup, outdoor games and even a free yoga session from Nava Yoga Center.

The circular park will be broken down into various outdoor rooms and feature multiple activity spaces, including a “sunlawn” for lounging, a serene hammock grove, a dedicated fitness station and even a large communal meeting table for people who want to conduct some business al fresco or just eat lunch. “We’re really excited about this park,” said Tran. “It’s for the employees [at the Navy Yard], but also for the public to enjoy as well.” James Corner Field Operations, a titan in landscape and urban design, is behind the design of Central Green. If you’re not familiar with their name, you’ll certainly recognize their work, particularly the Race Street Pier and the High Line in New York City (and so many more).

Way back in December, we listed the Navy Yard as a place to watch in 2015 in terms of development, with the Central Green as being one of the key reasons why. Since that time, action in the Navy Yard has heated up considerably. PIDC has ramped up talks about adding residential units into the mix and also rekindled plans for the extension of the Broad Street Line (fingers crossed, particularly for the latter). In late May, it became known that Franklin Square Capital Partners, an investment firm based in the Navy Yard, had kicked around the idea of opening a boutique hotel within its friendly confines. In tasty news, the Mercer Cafe, serving the famed Taconelli’s pizza pies (among other items), opened at 15th and Kitty Hawk Avenue in May.

Here’s the flier for the event:

Mark your lunchtime calendar on Tuesday, June 30! We’re cutting the ribbon at 11:45 for #centralgreen, the newest park…