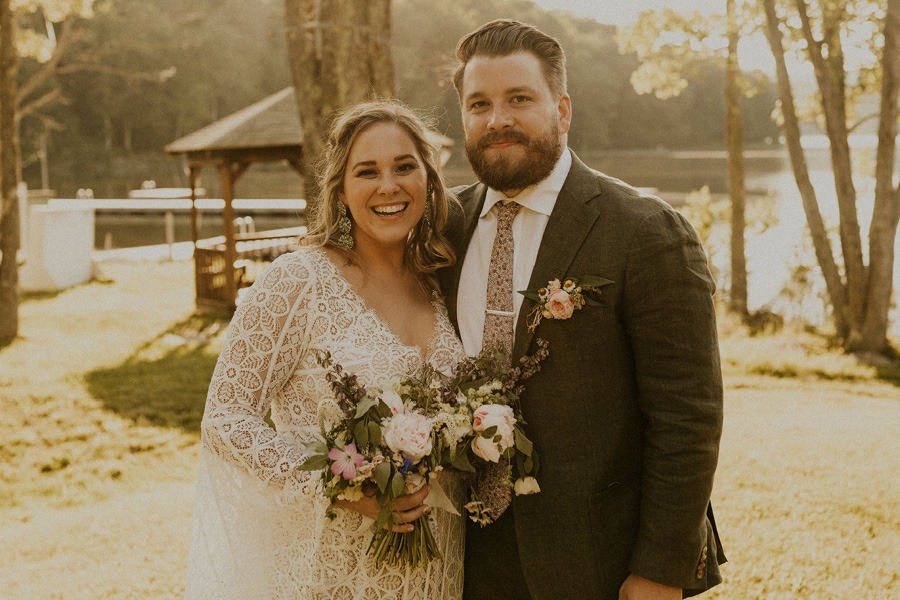 Paulina Marcucci and Ben Borchers’s Camp Starlight wedding was an ode to one of our favorite summer pastimes. Photography by Hannah Bruccoleri

When I was a kid attending summer camp, I always wondered what it would be like to get married there, someday (ideally to a certain boy a few cabins away from me). That didn’t happen (I married this guy instead, on a beach). But when the camp, located in California, much later began serving as a wedding venue as well, I was pretty thrilled to see people getting hitched amongst the forest of my youth. This chic Camp Starlight wedding photographed by Hannah Bruccoleri gives me all the same vibes — even better because it’s here, about three hours outside Philly. And if you feel yourself waxing poetic about summer-camp fun of the past, maybe you can hold your Big Day here, too. 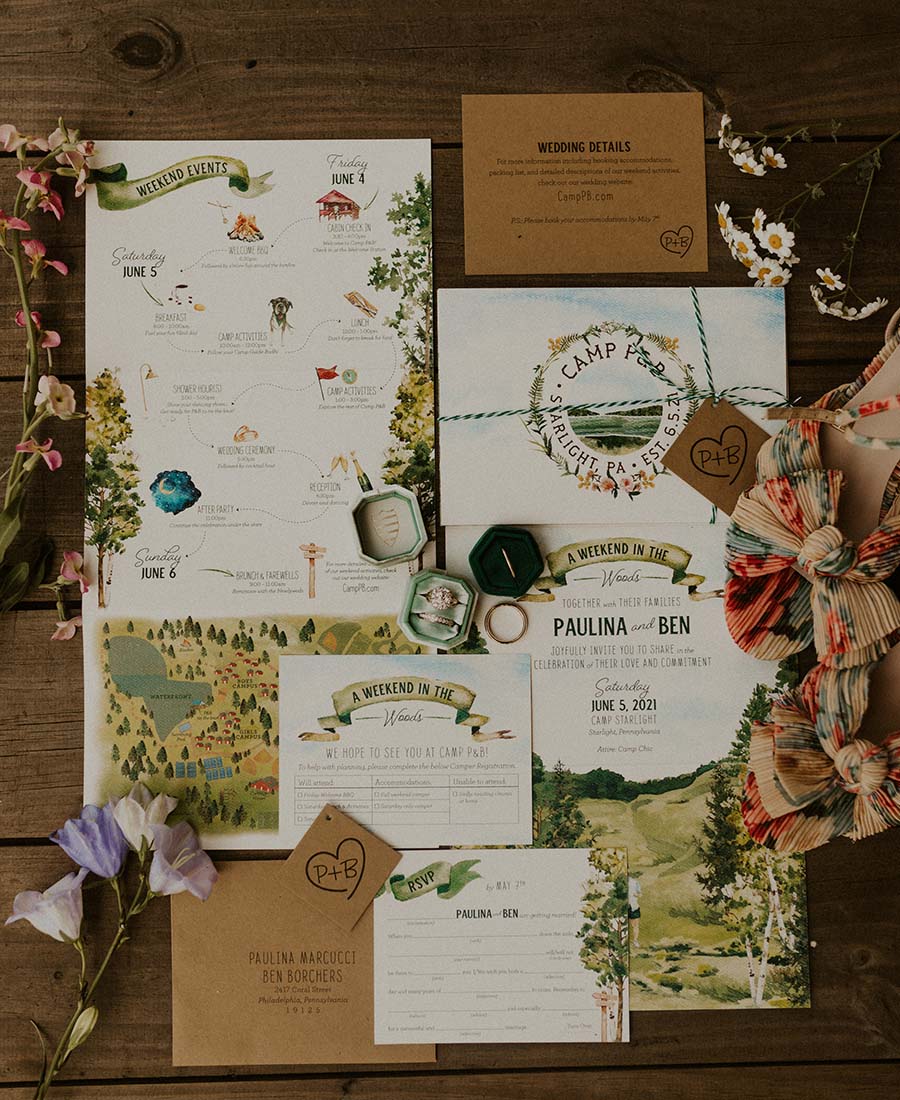 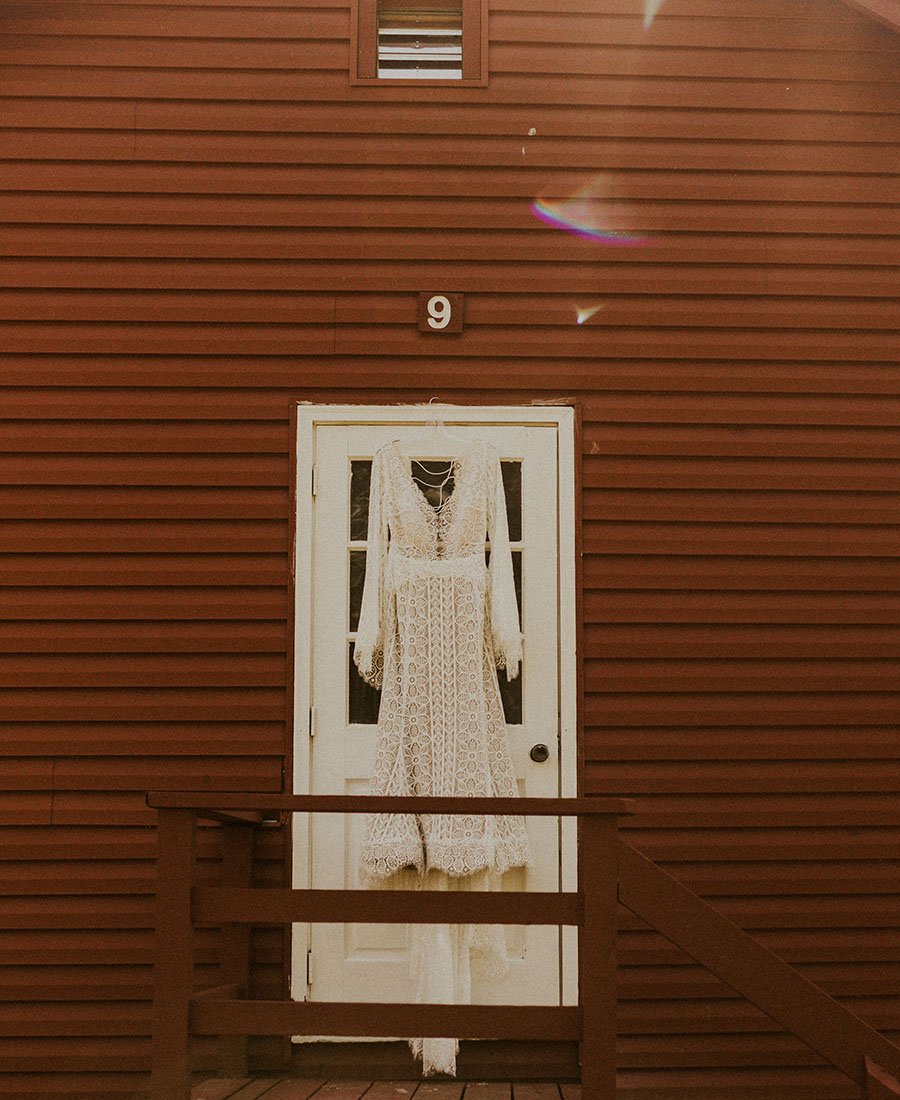 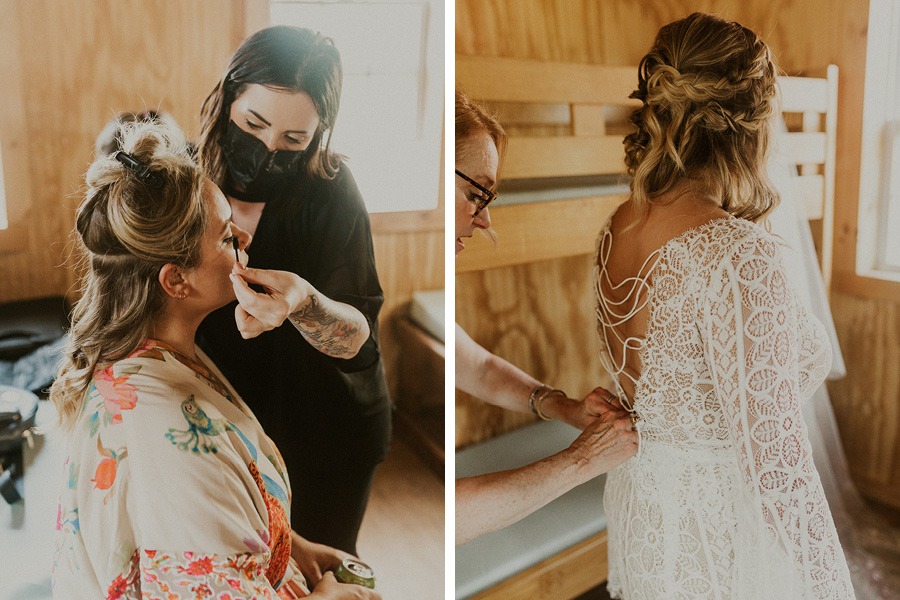 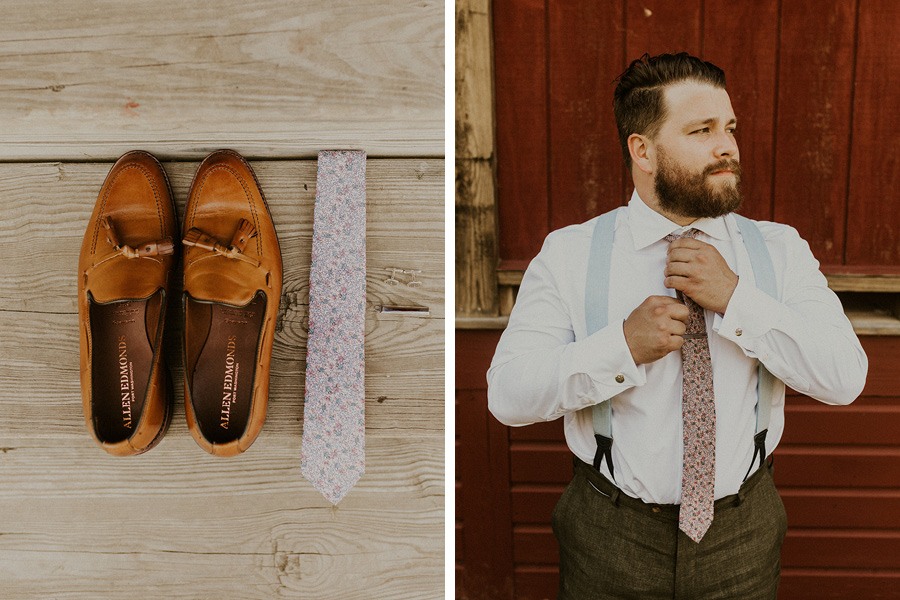 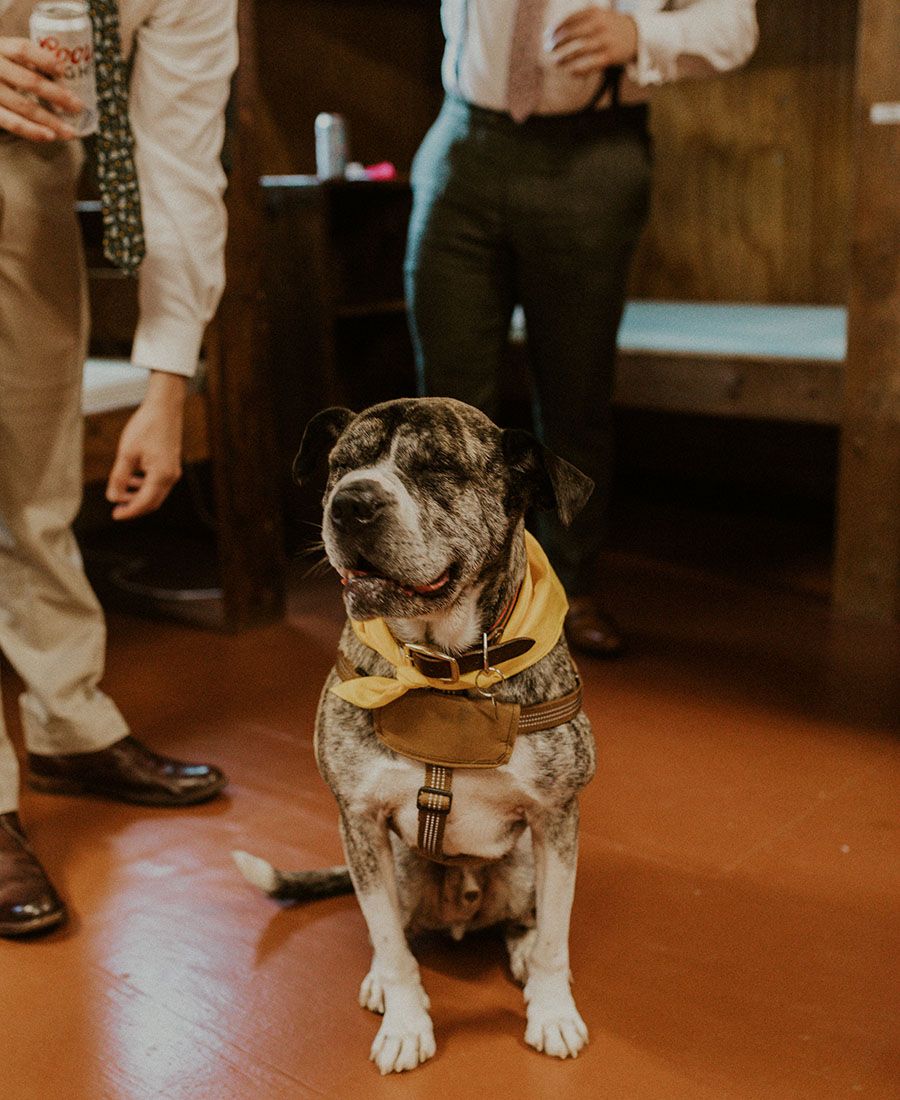 A shared love of travel and exploration was among the many things that brought Mount Airy duo Paulina Marcucci, a digital and content strategist, and Ben Borchers, a public health consultant and former teacher, together back in 2012. In fact, their first date in Manayunk took place shortly before Ben boarded a plane for a three-month trip to Costa Rica. “Yeah right! I’ll never see this guy again!” Paulina, who had just returned from living abroad in Israel for a year, recalls thinking after that first meet-cute. But Ben proved her wrong; they stayed in touch via Facebook messages and connected for date No. 2 — and many more — when he returned.

In 2019, while hosting a Friday night shabbat dinner with friends (the couple loves to cook and entertain), Ben decided to pop the question. And almost two years after that (due to a COVID postponement), the pair, finally said “I do.” 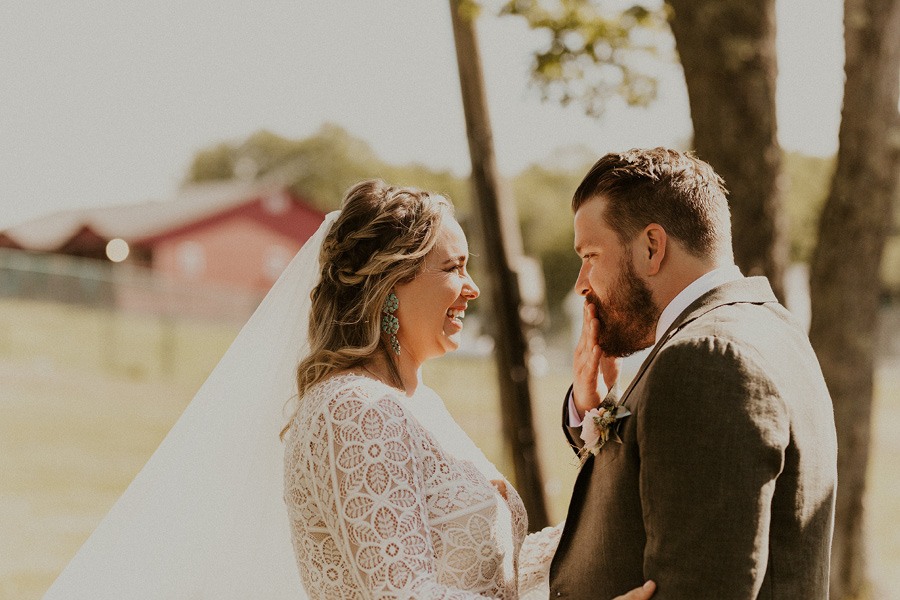 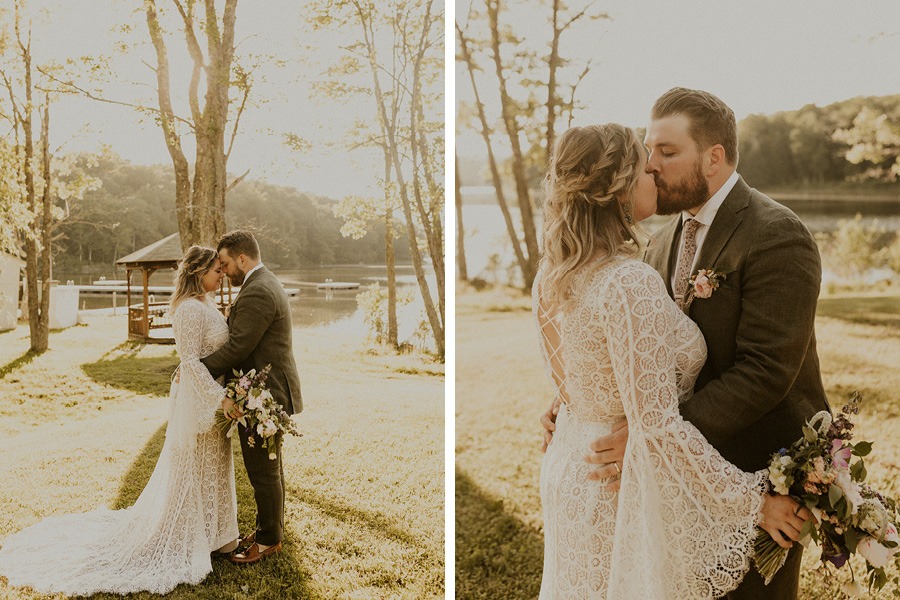 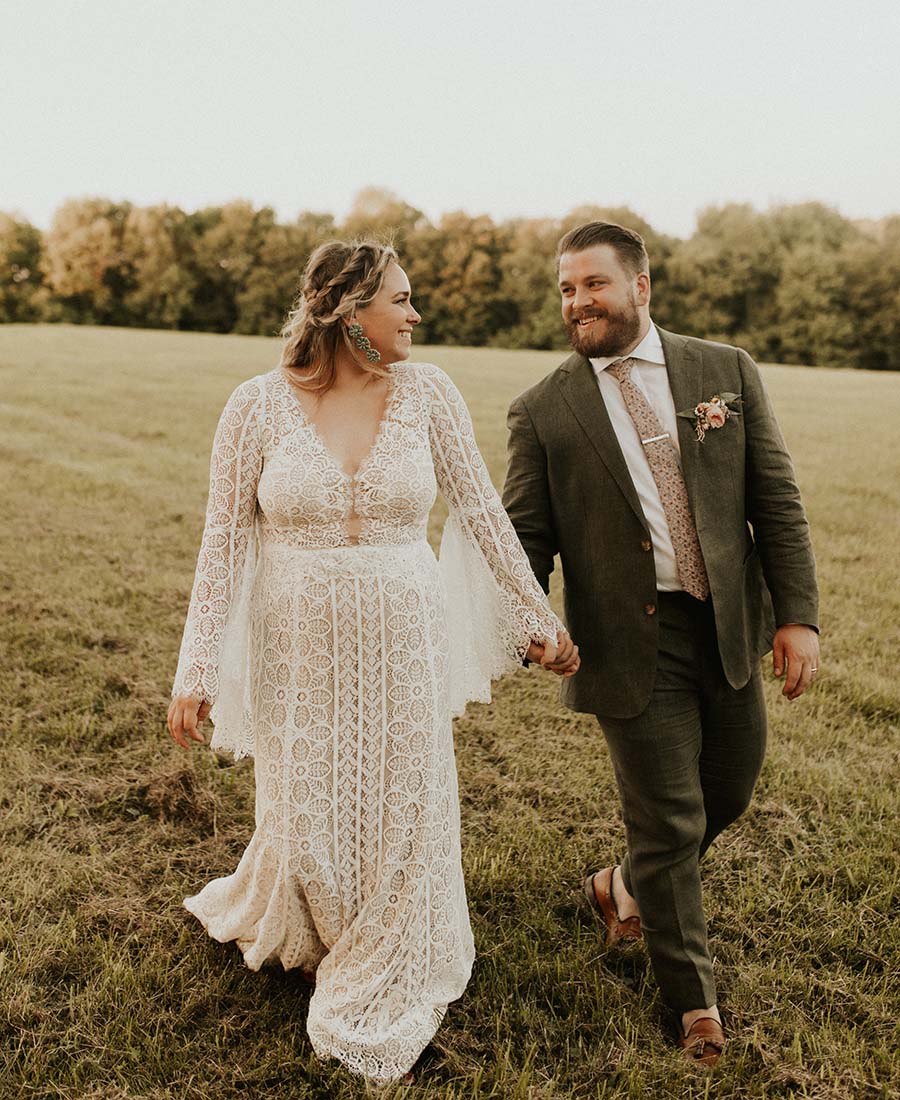 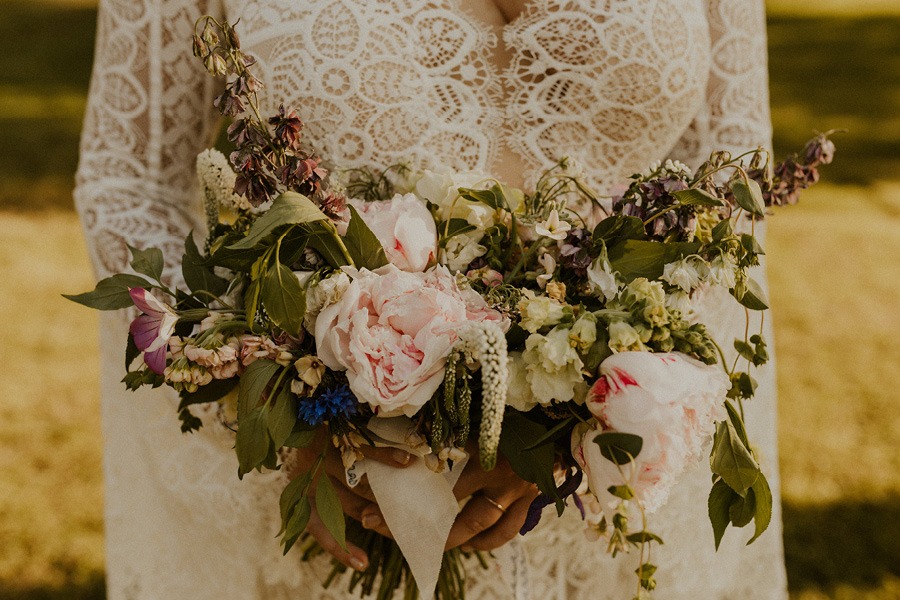 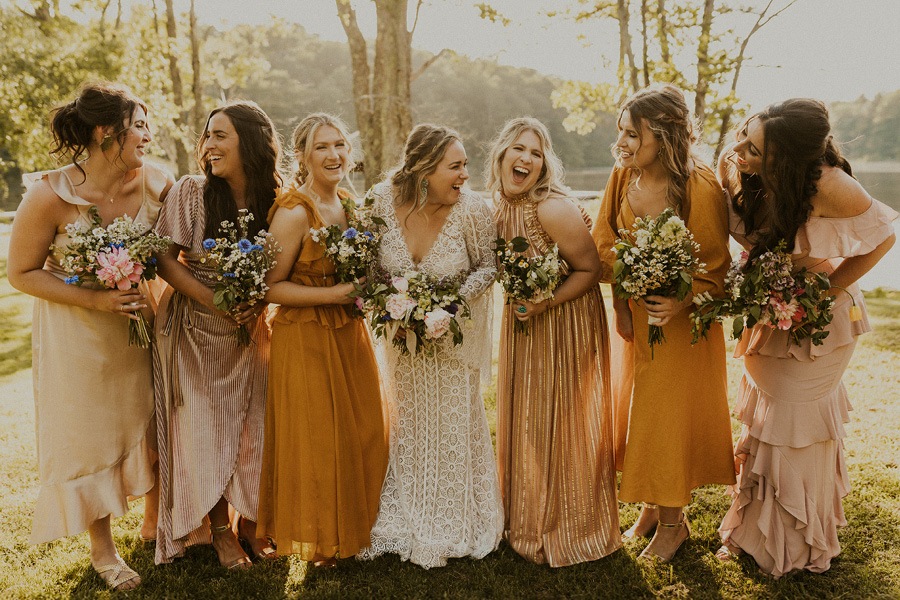 They chose Camp Starlight, a lakeside summer camp nestled in the mountains of Wayne County, for their June 2021 Big Day. And, naturally, their vision for it all was “camp chic” — a theme largely brought to life by various personal touches.

Take, for instance, the florals. Paulina wanted the blooms to feel like a whimsical wildflower field — but she also wanted them to fit within her budget. Nearby Bluehen Acre Flower Farm did the trick (many of the blooms were repurposed throughout the celebration) and made the whole experience collaborative: One of the most treasured moments for Paulina was starting the wedding weekend with her bridesmaids at the farm, where they built their bouquets together, enjoyed lunch and local wine, and explored the grounds. “It was magical,” says Paulina. 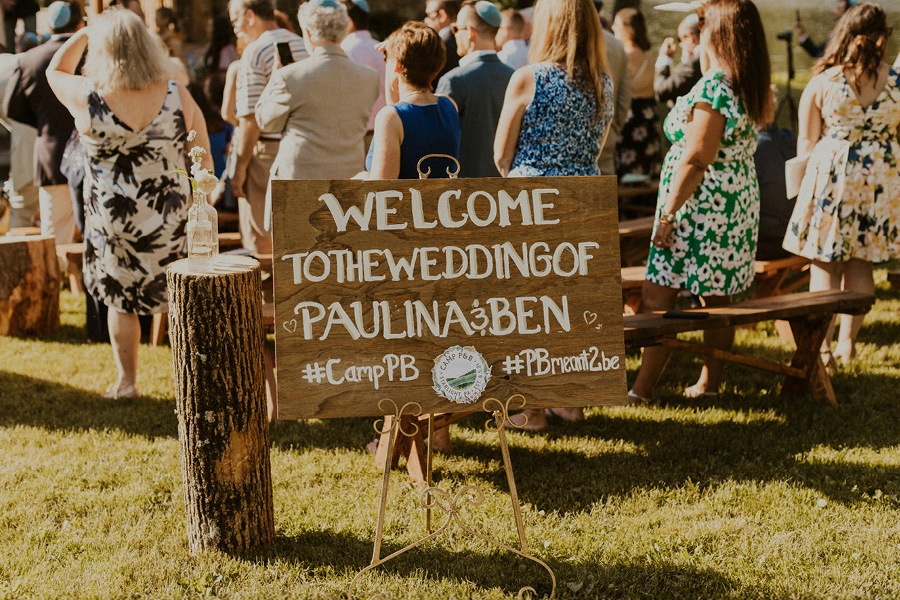 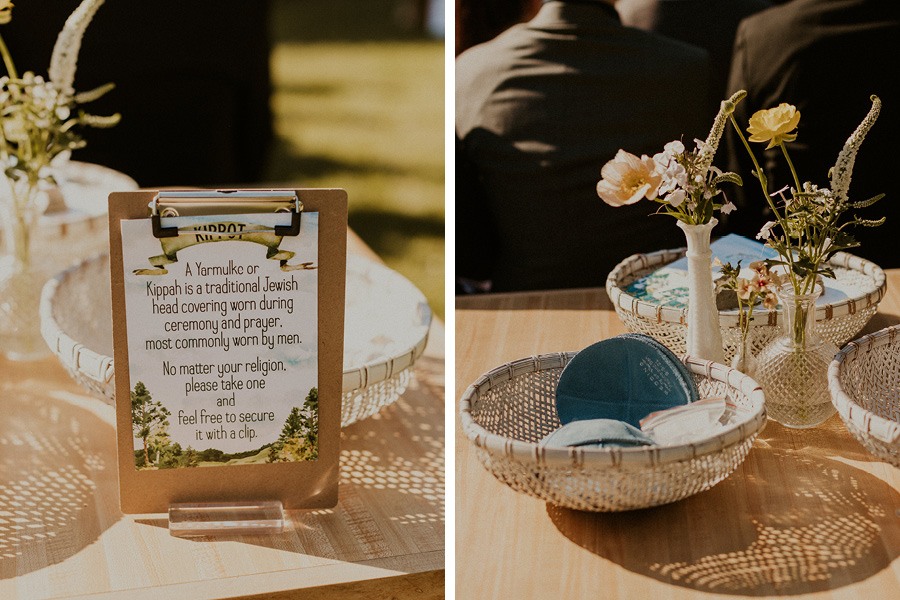 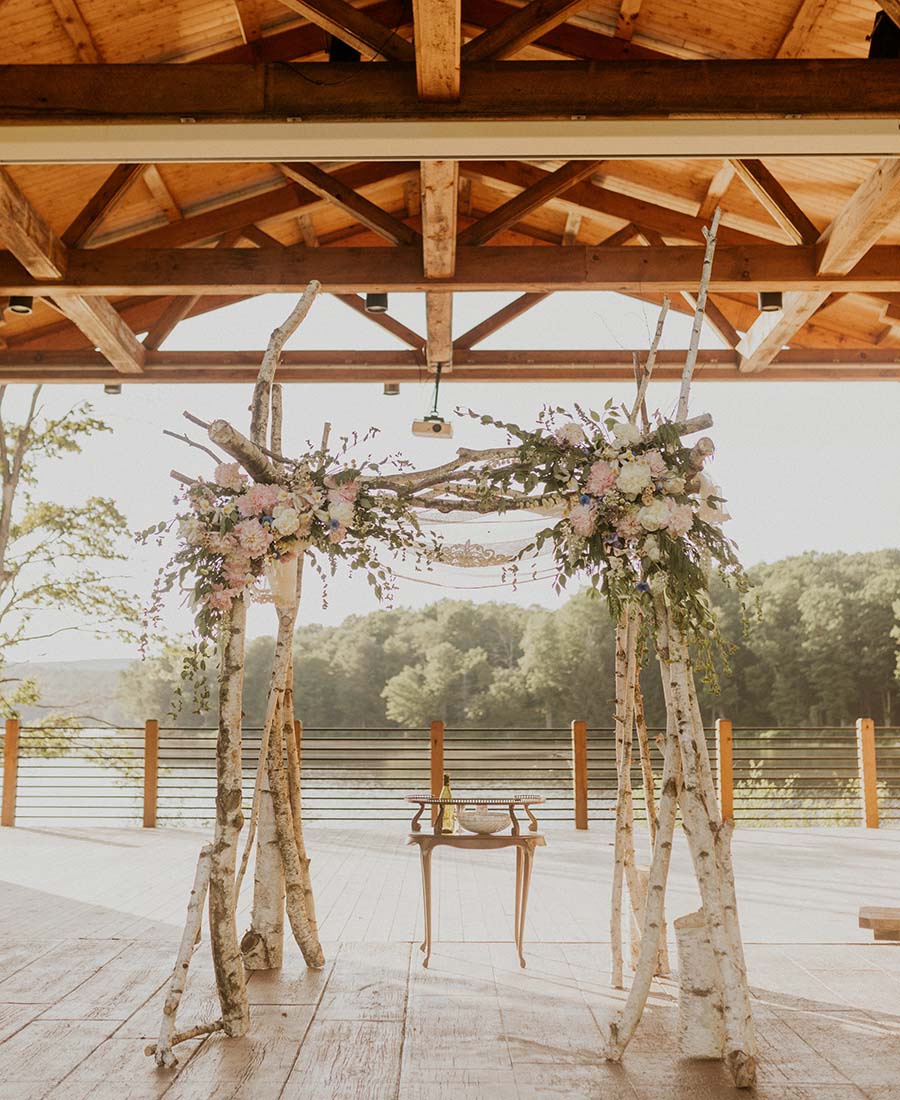 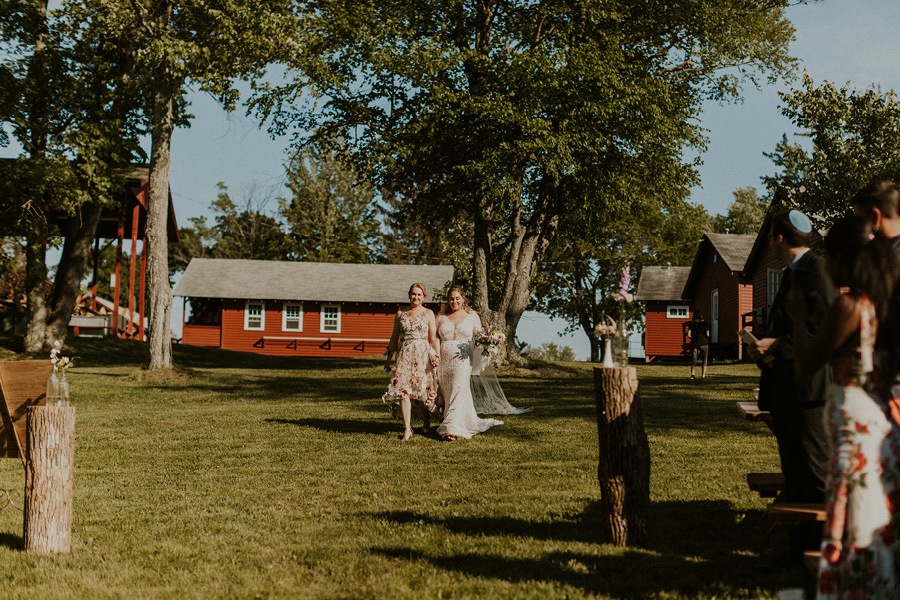 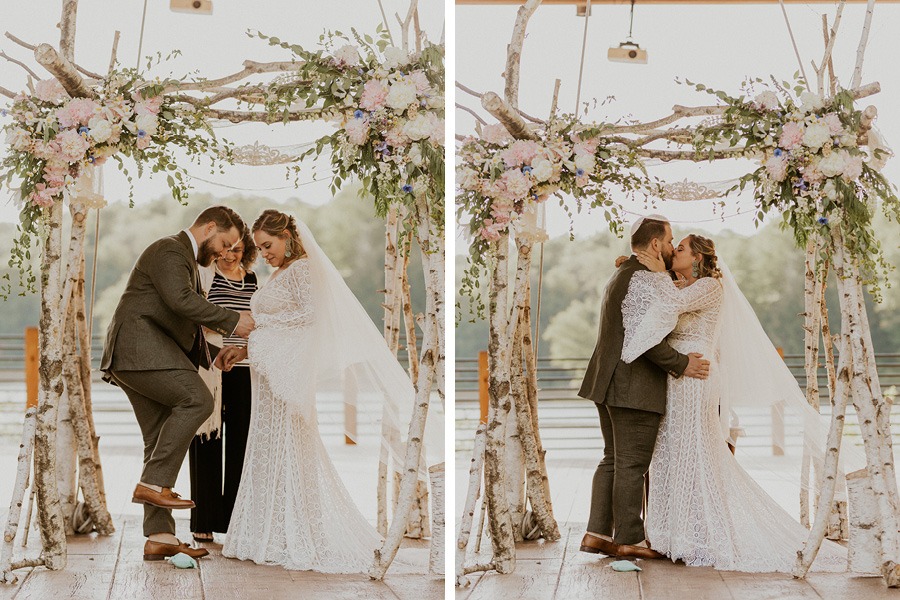 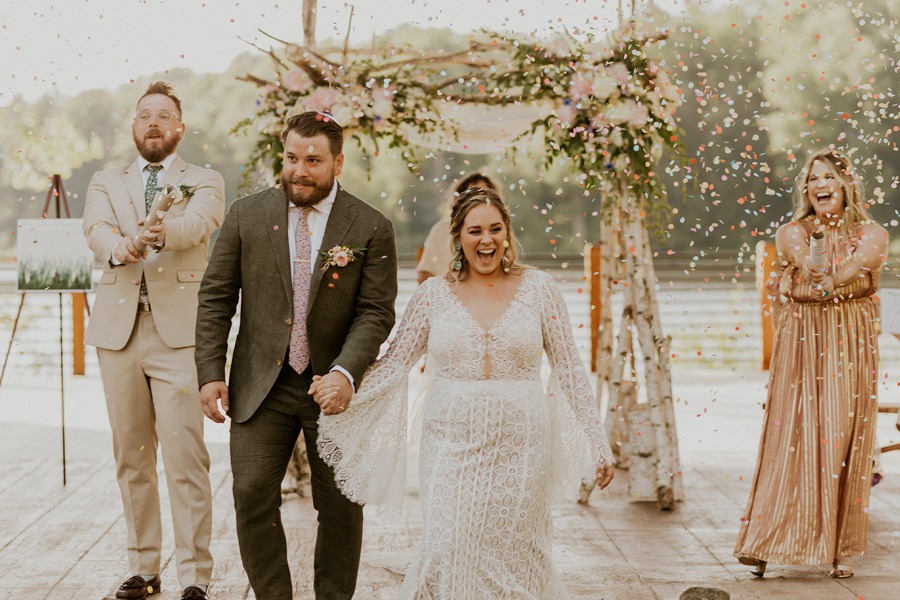 The couple also incorporated family heirlooms into the Big Day’s design: Paulina’s grandparents’ lace bedspread covered their chuppah (the white-birch installation was built by her brother, Luke, an arborist), and her great-grandparents’ cake topper capped off their honey lavender and German chocolate two-tiered confection.

The Big Day itself kicked off much like a traditional day at summer camp would, with breakfast, activities (led by the couple’s dog — a.k.a. camp guide — Bodhi) and a full lineup of fun. (There were a few bruises and skinned knees from all that playtime, joke Ben and Paulina.) 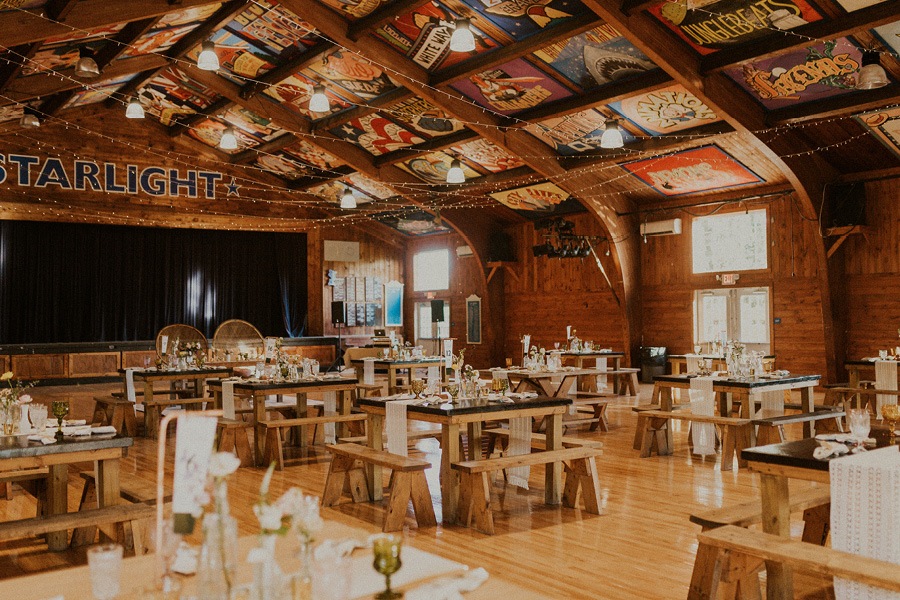 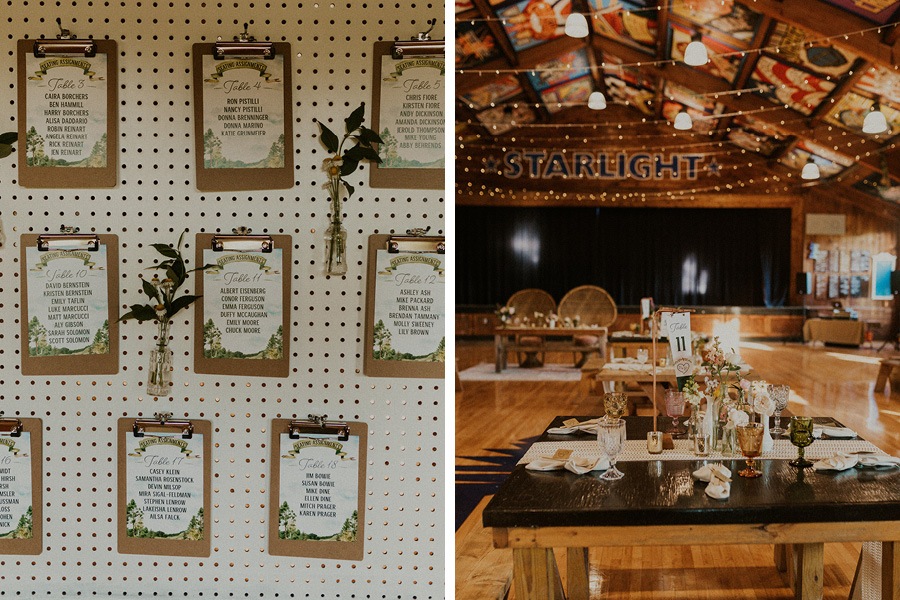 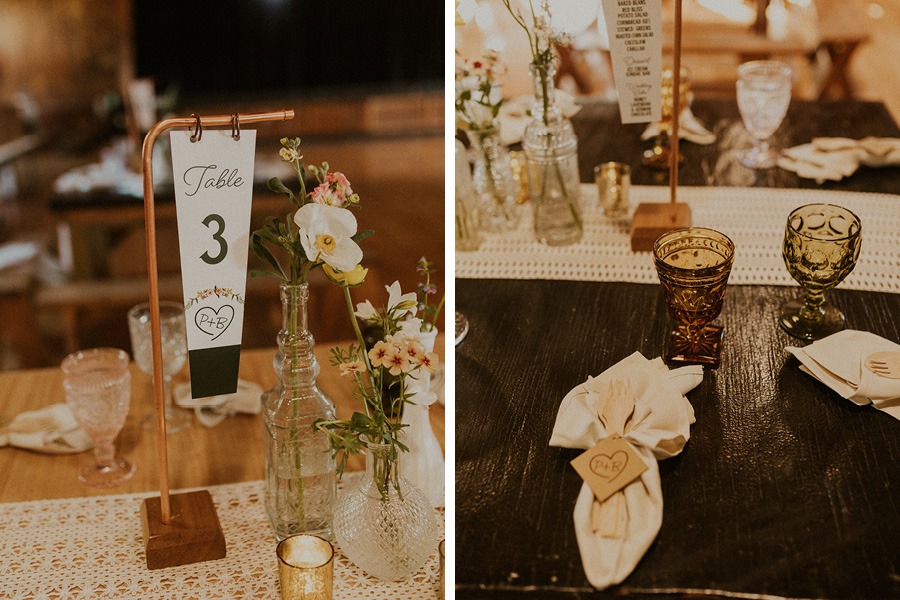 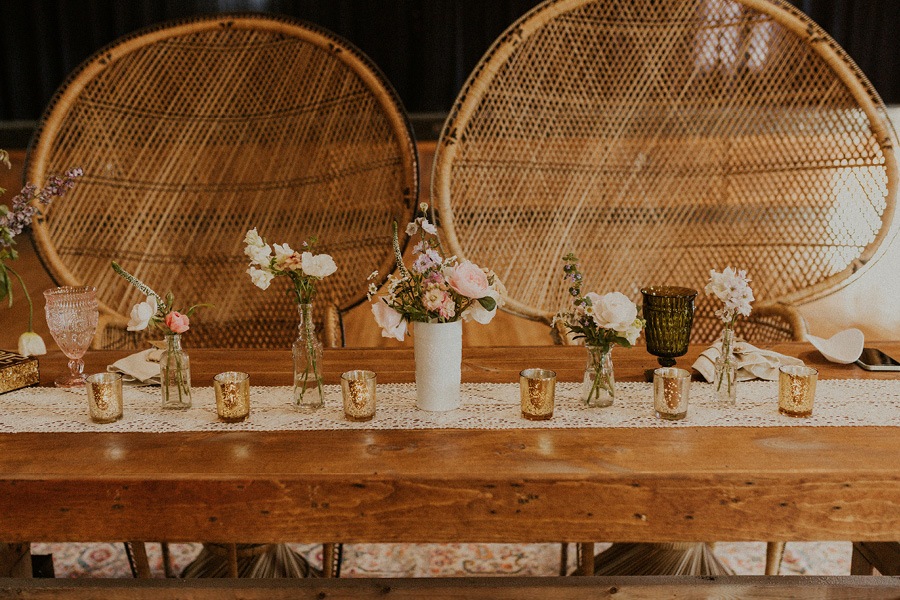 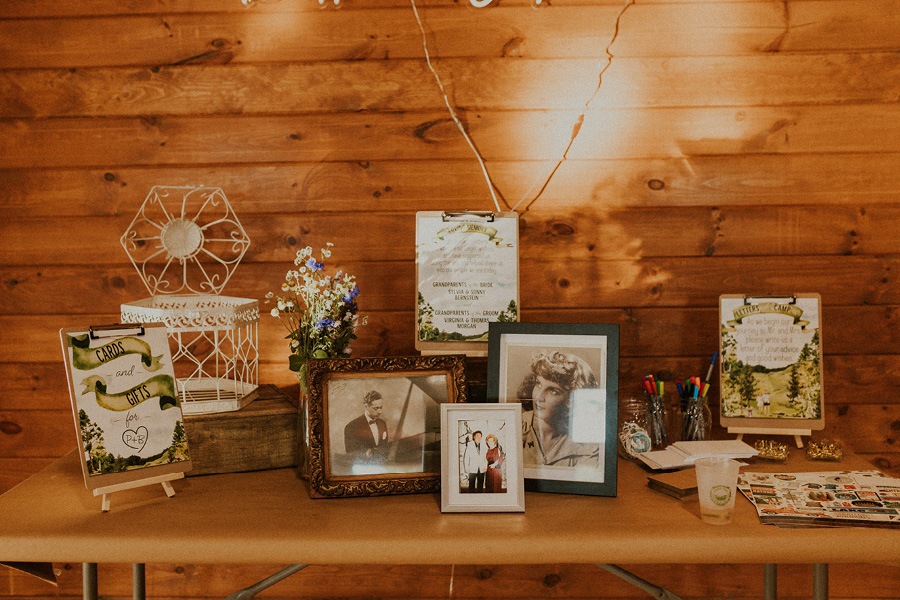 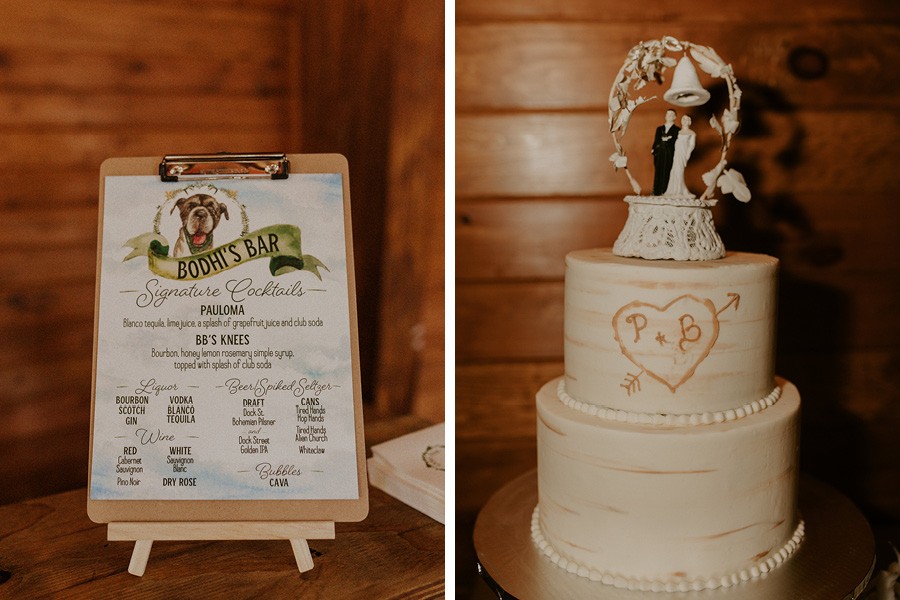 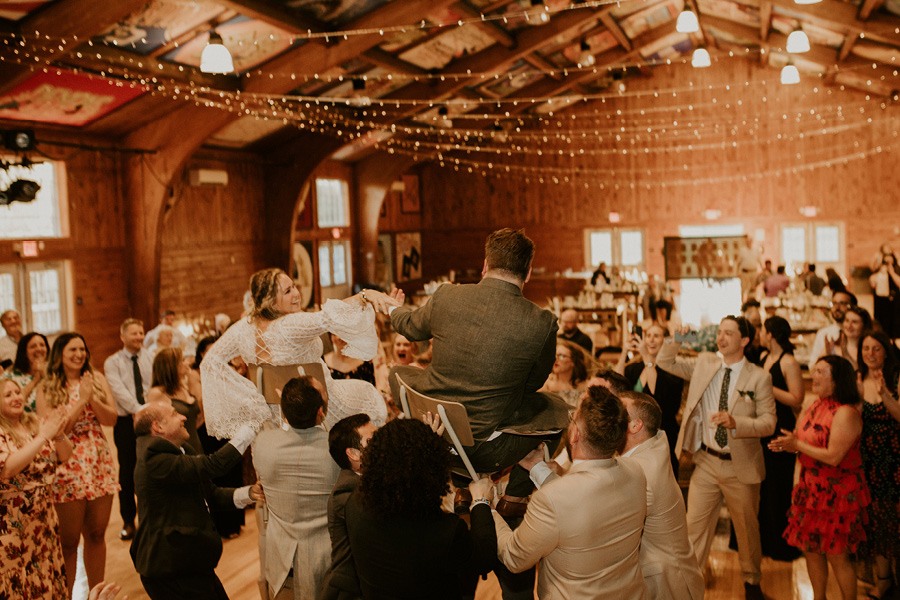 Later, during the ceremony, some of Ben’s former students — classically trained jazz musicians — played The Beatles’ “In My Life” and Stevie Wonder’s “Isn’t She Lovely” for the processional. The duo’s Jewish ceremony incorporated touches honoring both the bride’s and groom’s backgrounds and traditions. Paulina says that the yearlong pandemic delay allowed them to work with their rabbi even more on elements such as their custom ketubah and bedeken ceremony. And Paulina’s brother Matthew joined them onstage to sing the seven Hebrew wedding blessings, accompanied by family members who recited them back to the guests in English.

The festivities continued in the dining hall with specialty cocktails (mixed by Ben) and what the duo calls an “elevated spin” on a traditional barbecue with roasted brisket, potato salad, brown-sugar baked beans and cornbread — and a build-your-own ice-cream sundae bar for dessert. 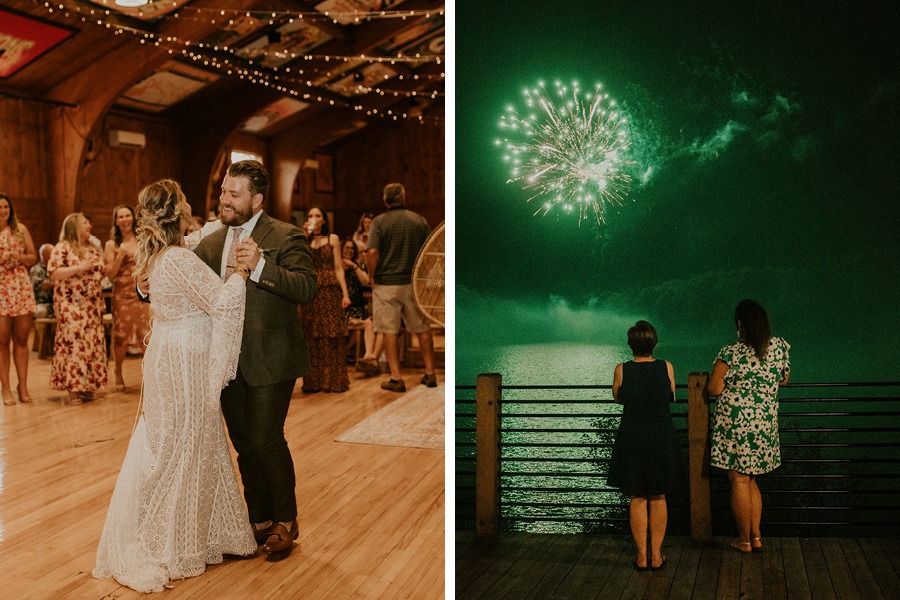 As for the biggest surprise of the wedding? Well, there were two. The couple was introduced into the reception by longtime family friend Lou Nolan, the announcer for the Philadelphia Flyers.

The other: a fireworks show over the lake — a fitting end to summer camp, don’t you think?