The Festive Peddler’s Village Proposal of a Philly Fitness Pro 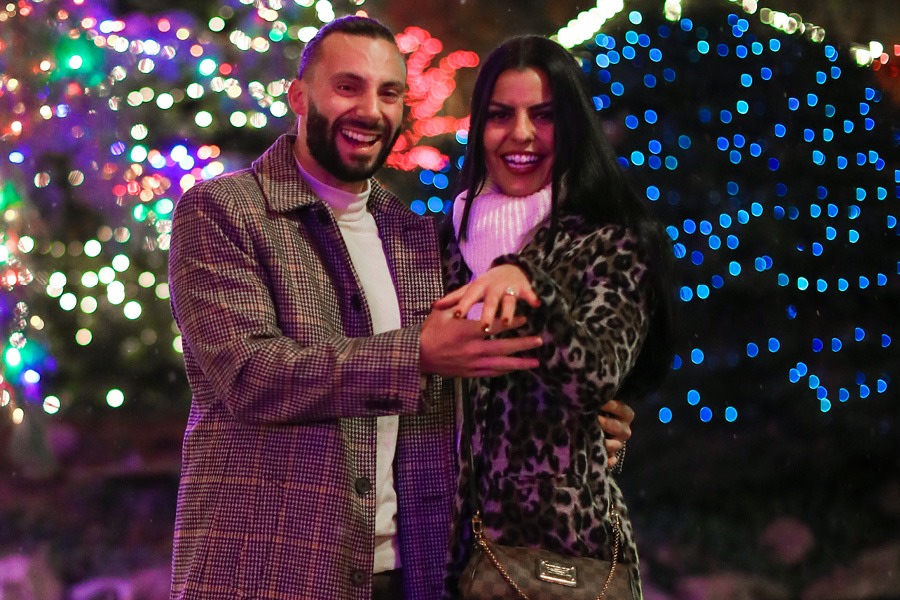 Not over the holidays yet? We aren’t either. And this Peddler’s Village proposal featuring Philly fitness pro Angelena Minniti and her husband-to-be Mike Stampone keeps the spirit alive for at least a little while longer. The couple always visits the Bucks County destination during the festive season, so it was the perfect spot for Mike to pop the question. Photographer and friend Alex Subers captured it all below — and if you’re looking for more proposal season coverage, click here. 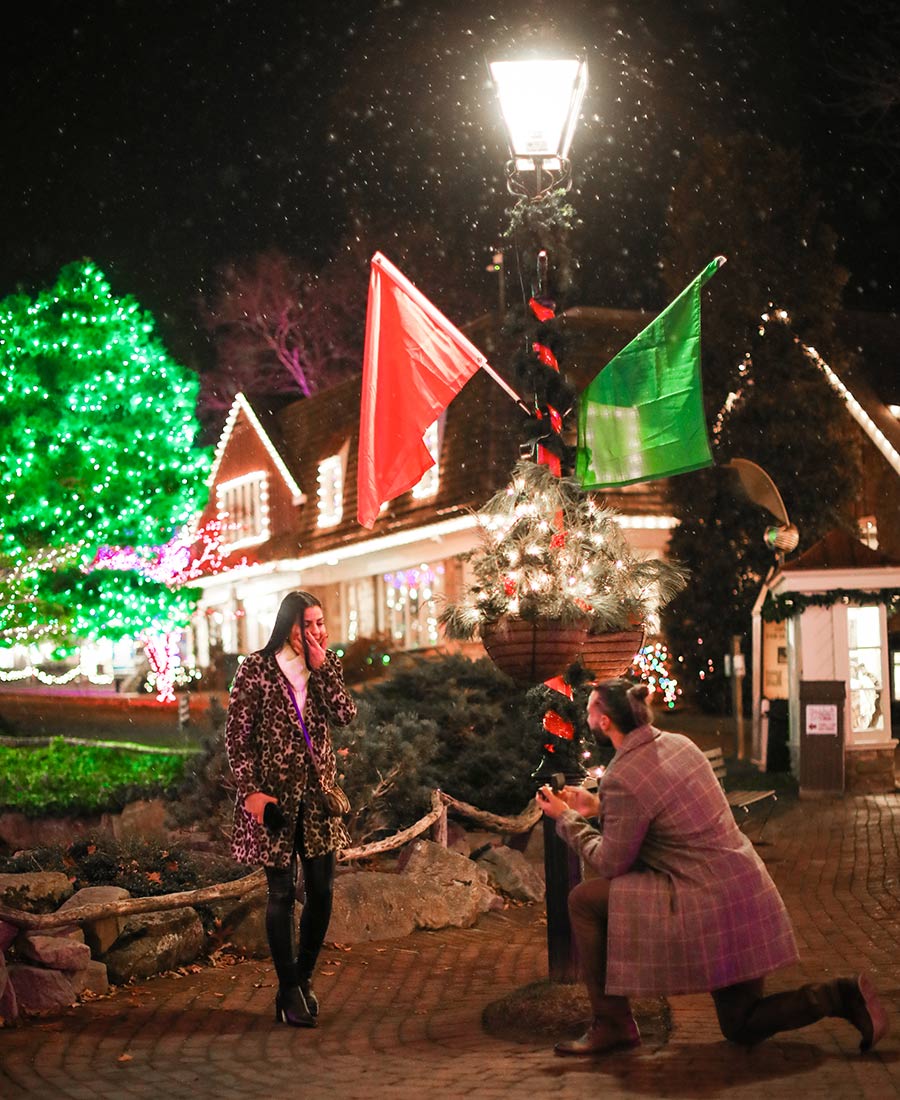 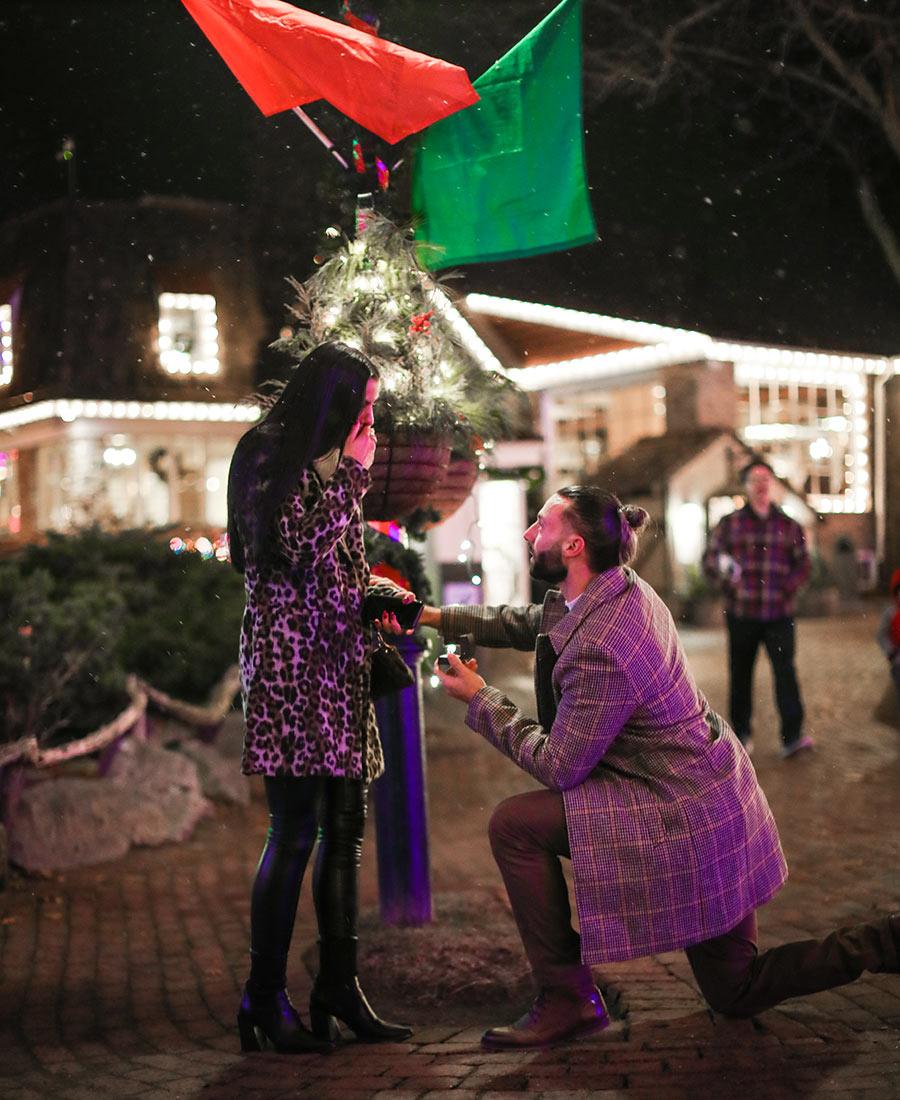 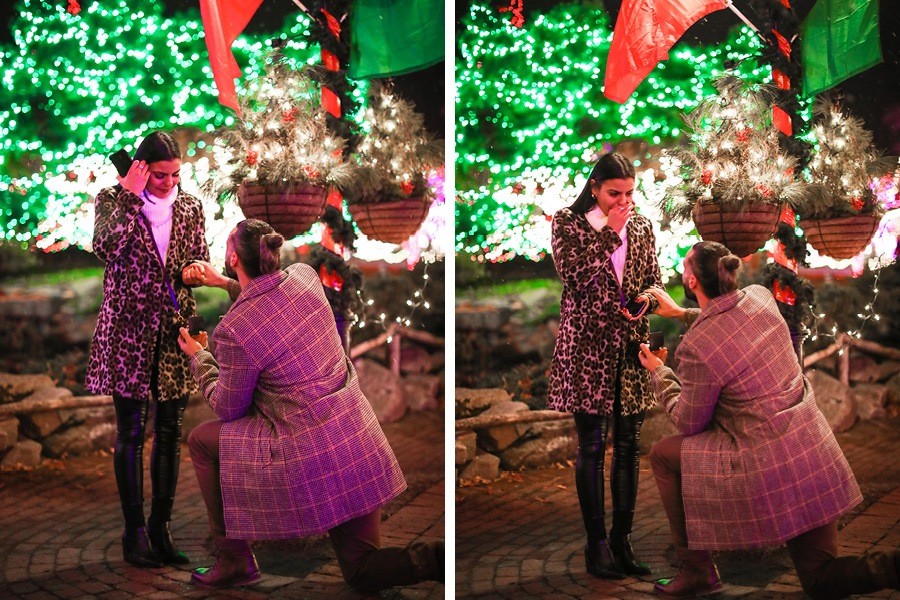 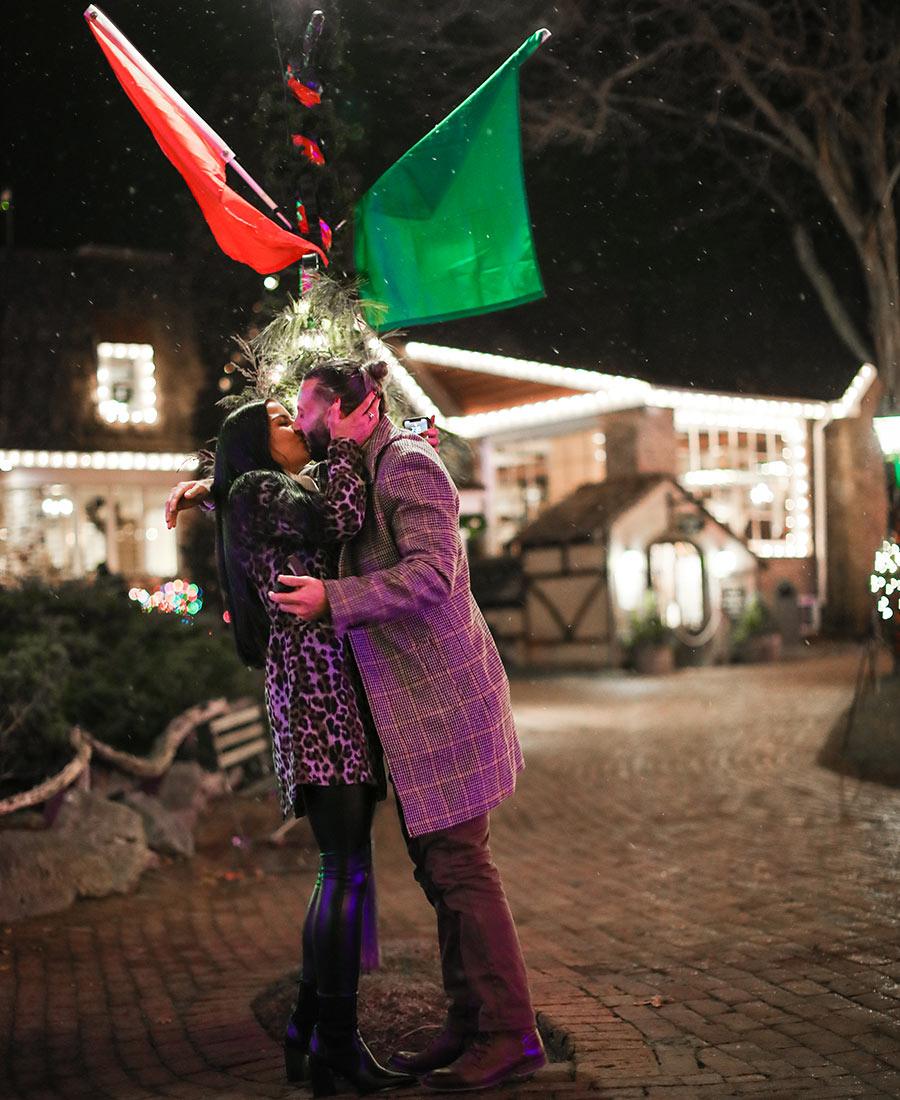 The couple: Angelena Minniti, the 27-year-old fitness trainer, nutritionist and owner of AMFITNESS LLC, and Mike Stampone, the 31-year-old DJ and owner of Stampone Weddings LLC and a real estate agent with Venture Philly Group, both of Center City.

How they met: The couple first crossed paths in October 2018. At the time, Angelena was the athletic ambassador for Honeygrow and was prepping to host a fitness boot camp on the Philadelphia Museum of Art steps at the end of the month. Once 100 people had signed up, she decided she needed a DJ. A friend connected her to Mike, and the two began planning the event; they spent every day of the three weeks leading up to the boot camp together. And six days after the camp, Mike asked her to be his girlfriend. 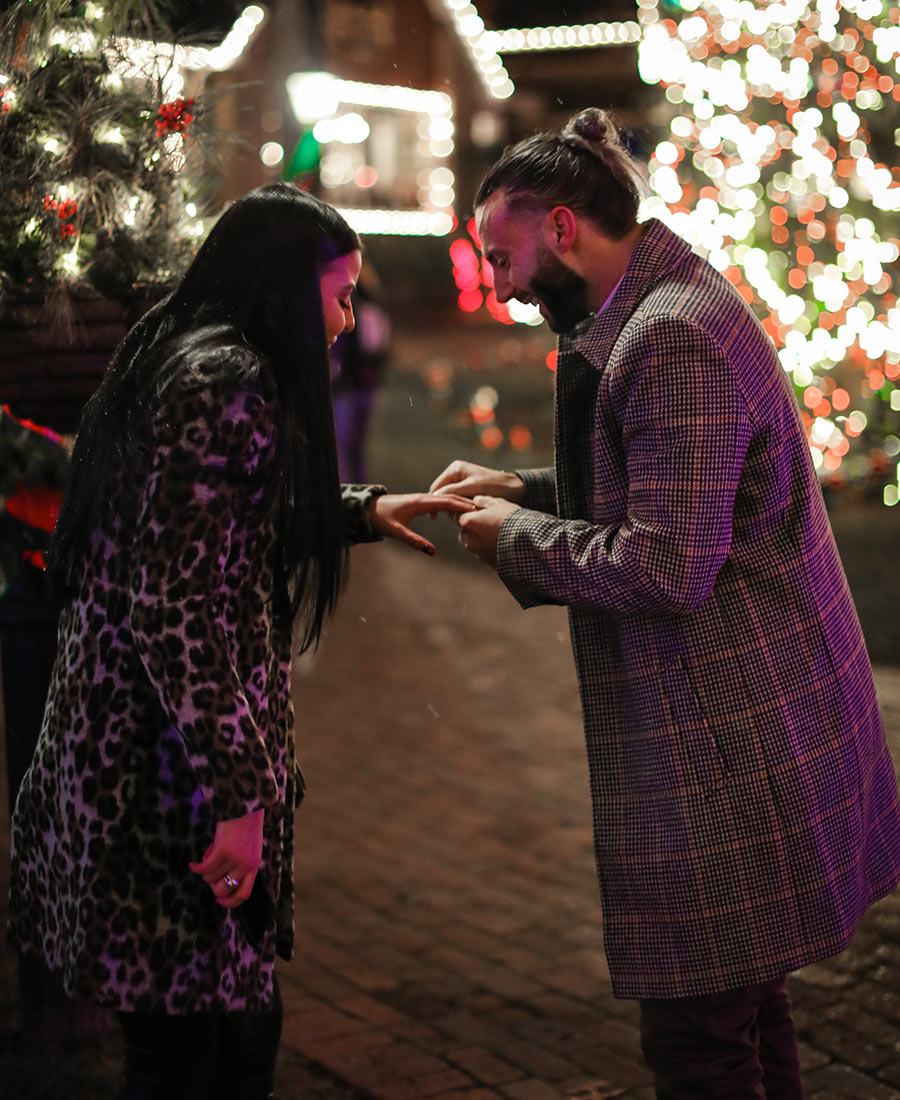 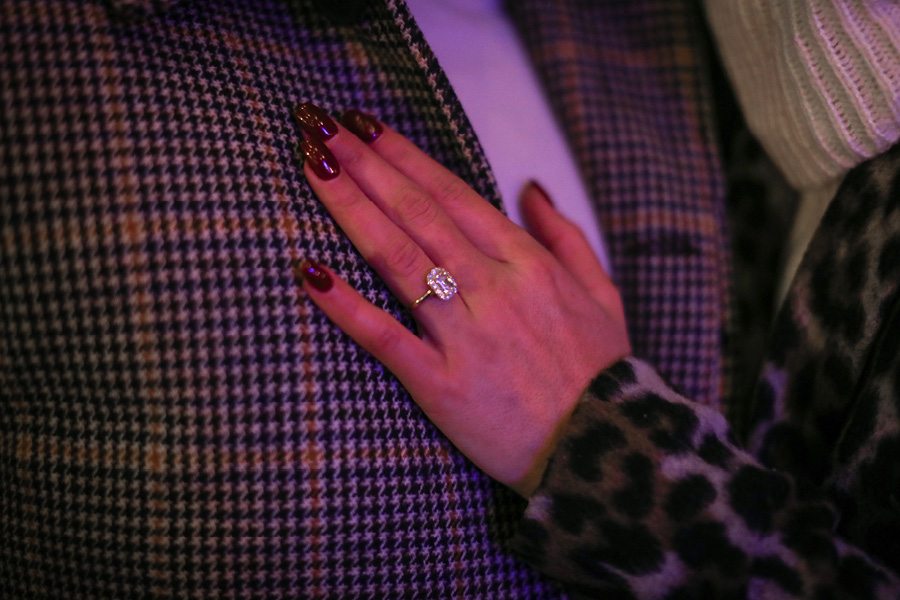 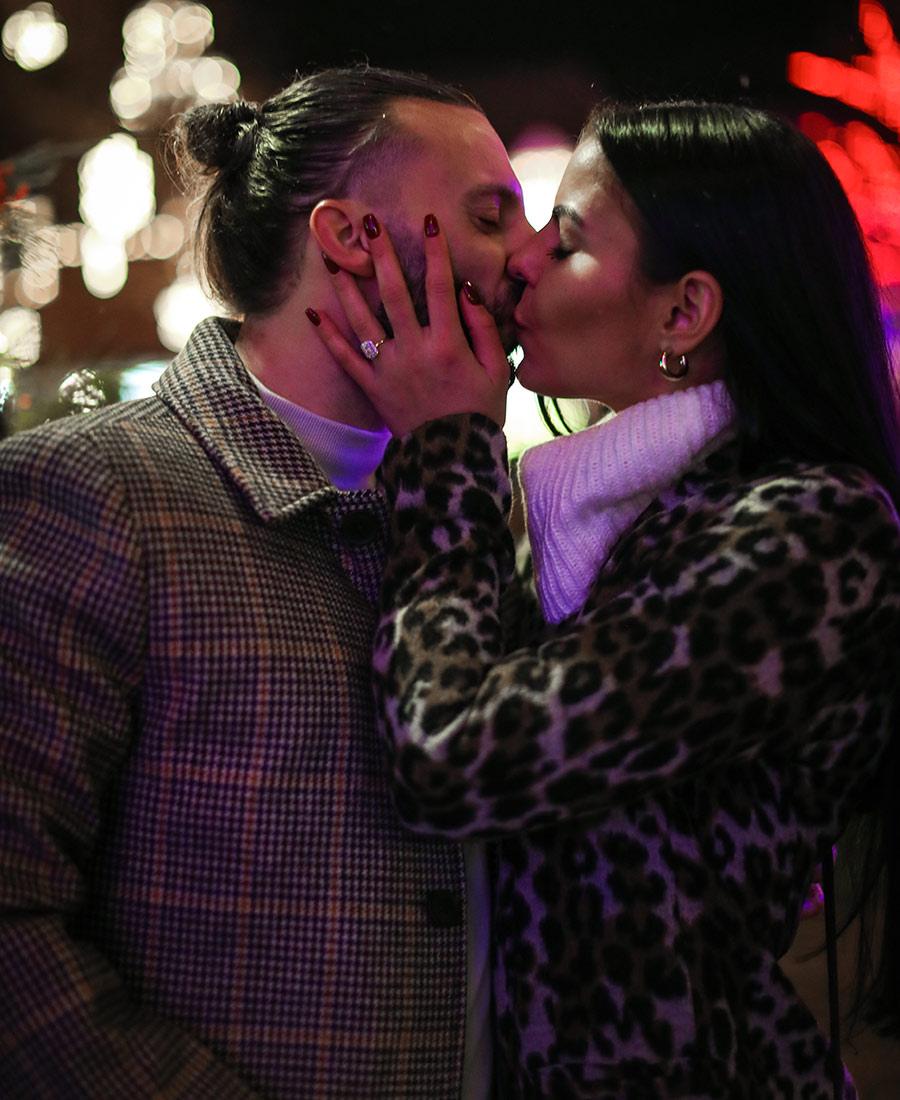 The proposal story: The pair dated for a little over three years before Mike popped the question at Peddler’s Village. It’s a special place for the duo, who love to visit around the holidays. They had dinner at one of their favorite restaurants, Porterhouse Restaurant & Pub, then strolled to the village. (Photographer Alex Subers selected the best spot for the big moment while the two were at the restaurant and texted Mike to fill him in. Mike told Angelena it was his mom.) As they walked, it began to snow. “It was all coming together even more than I imagined,” says Mike, who planned the proposal in such a way that Angelena, who was taking videos of the lights for an Instagram reel, also caught him in her lens — down on one knee.

Angelena’s reaction: Needless to say, she was shocked. “Mike was completely normal all day and even at dinner,” she says. “Nothing seemed off.” She admits she was also fooled when Mike told her he needed to pick up one of her Christmas gifts while they were at the village — it wasn’t odd, she says, because he knows how much she loves the stores. “I was just minding my own business recording videos while I thought he was in the store,” says Angelena. “Once he proposed, he was crying, so I started to cry and I felt like I blacked out.” She even had to ask him afterward what happened. “It was such a surreal moment.” 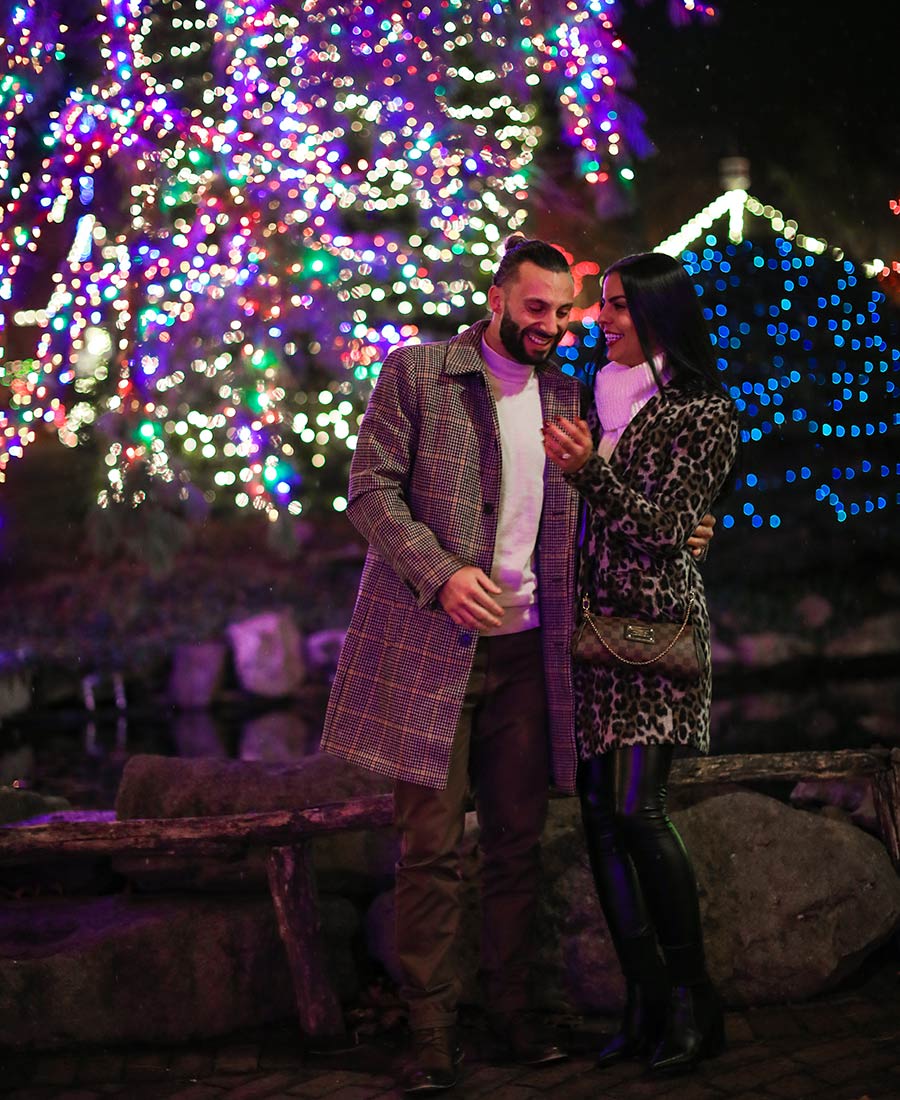 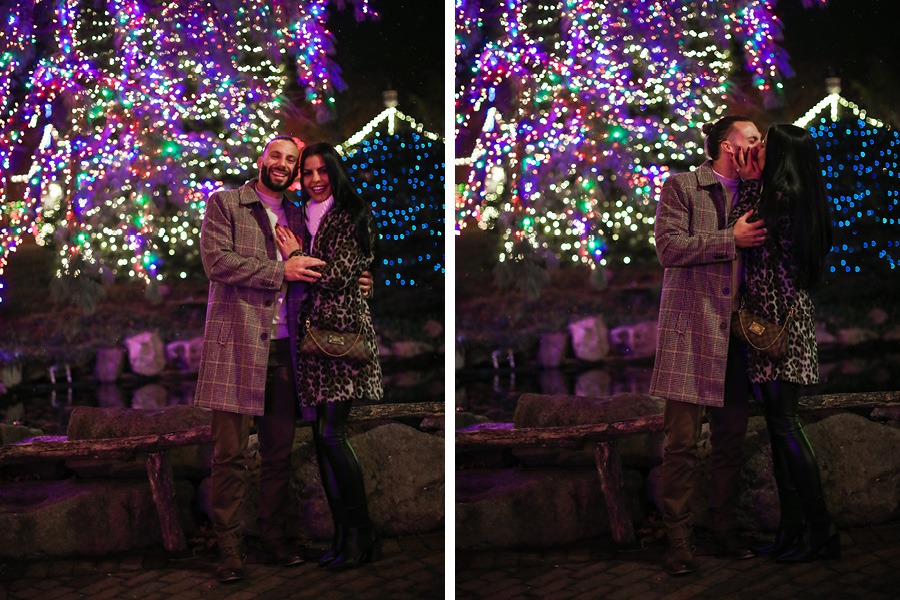 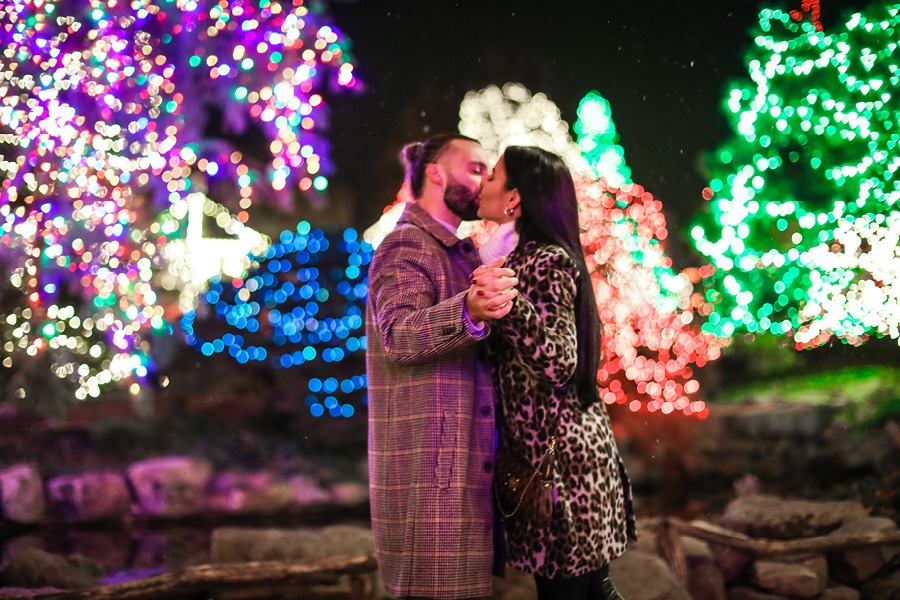 Mike’s reaction: “It felt like just another day to me because that’s how I had to act,” he says. “I already knew her answer would be yes, so that helped me not to be nervous.” He was glad that Angelena would have the video of him down on one knee forever — and he said he started to cry because he knew how badly they wanted to spend the rest of their lives together. “It was finally beginning,” he says. “It was the best moment of my life.”

The post-proposal festivities: After Angelena FaceTimed her parents, the couple got mulled wine at Chaddsford Winery and tried to walk around to some of the stores — but Angelena no longer wanted to shop, she says. “I just wanted to spend time together, so we went home.” Because the couple’s family and friends were not there to celebrate, Mike arranged a get-together a few days later at Dolce in Center City. “I think it hit both of us once we saw family and friends come to celebrate us,” he says. 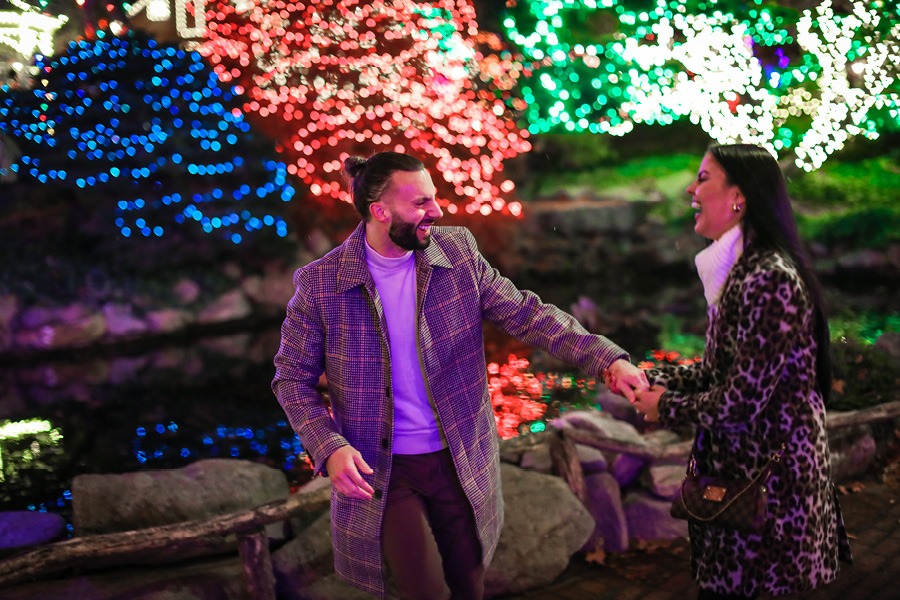 The wedding plans: The couple is getting married June 10, 2023 at the Cathedral Basilica of Saints Peter and Paul and will hold their reception at the Ballroom at the Ben.