The celebration included the Philadelphia Eagles Fight Song and a surprise appearance by the pair's golden retriever. 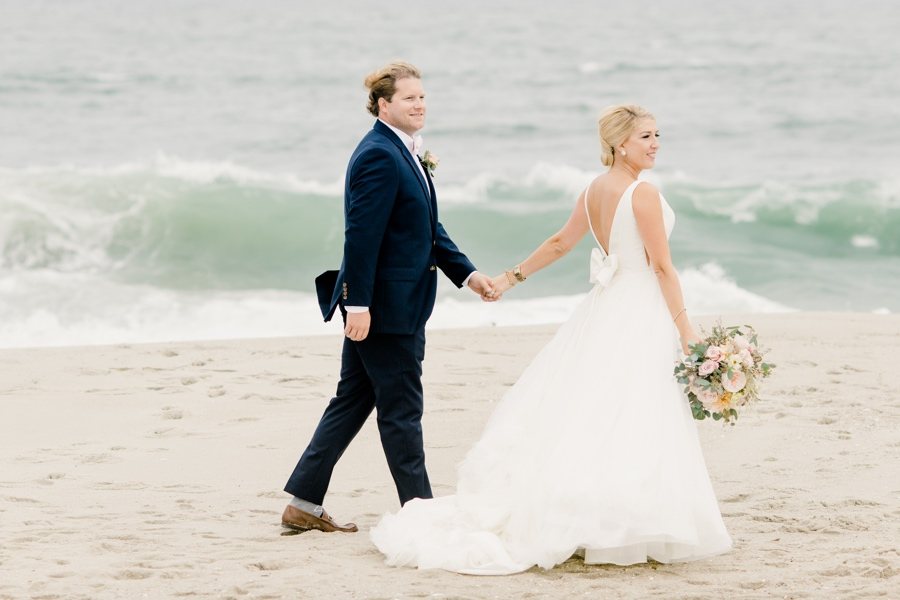 The memories made at the New Jersey Shore keep regulars coming back year after year, so why not make one of life’s biggest memories — getting married — at your favorite Shore point? This Cape May wedding, photographed by Rachel Pearlman, started on the beach where the couple met and ended at a vineyard decorated with white and dusty rose details. 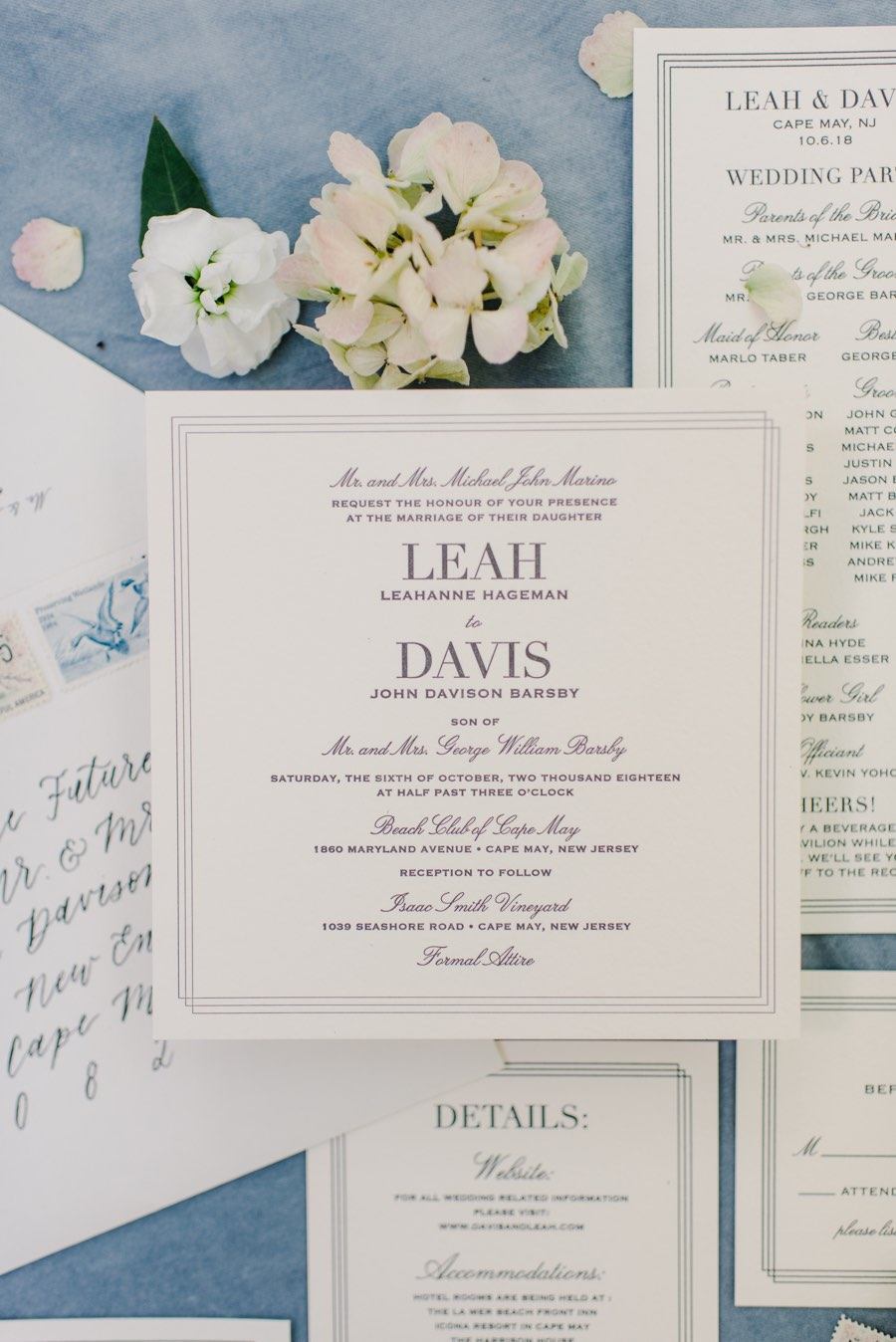 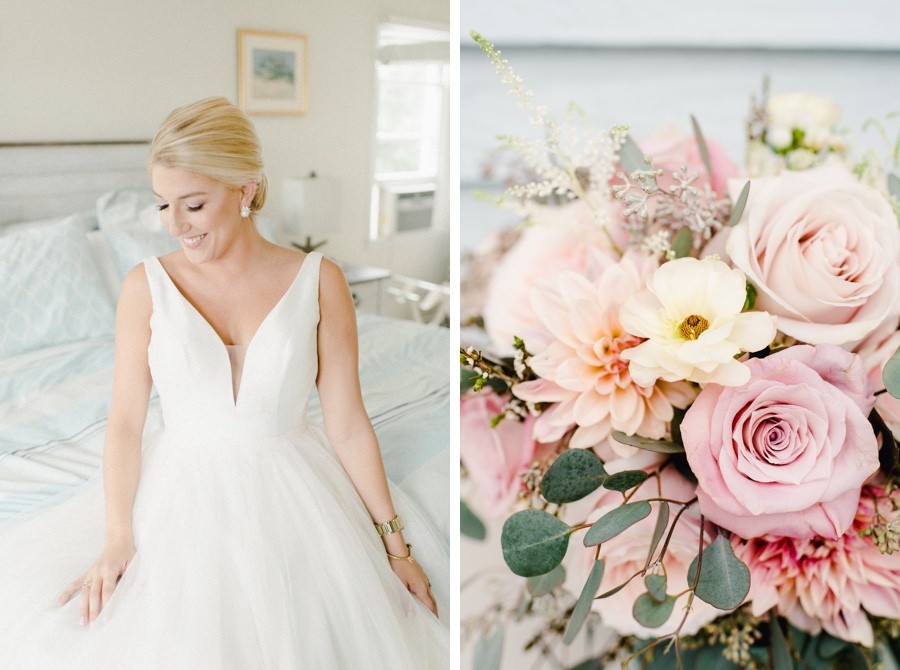 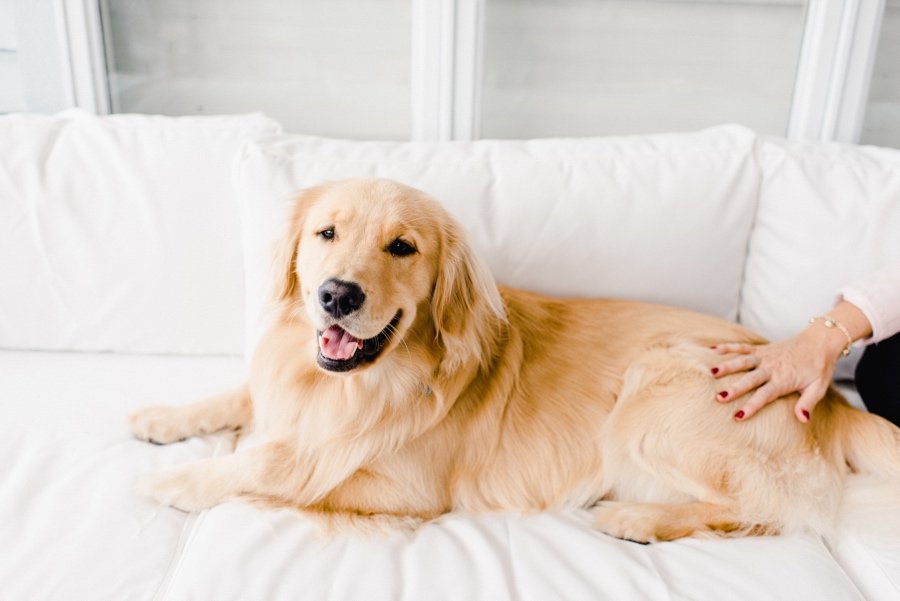 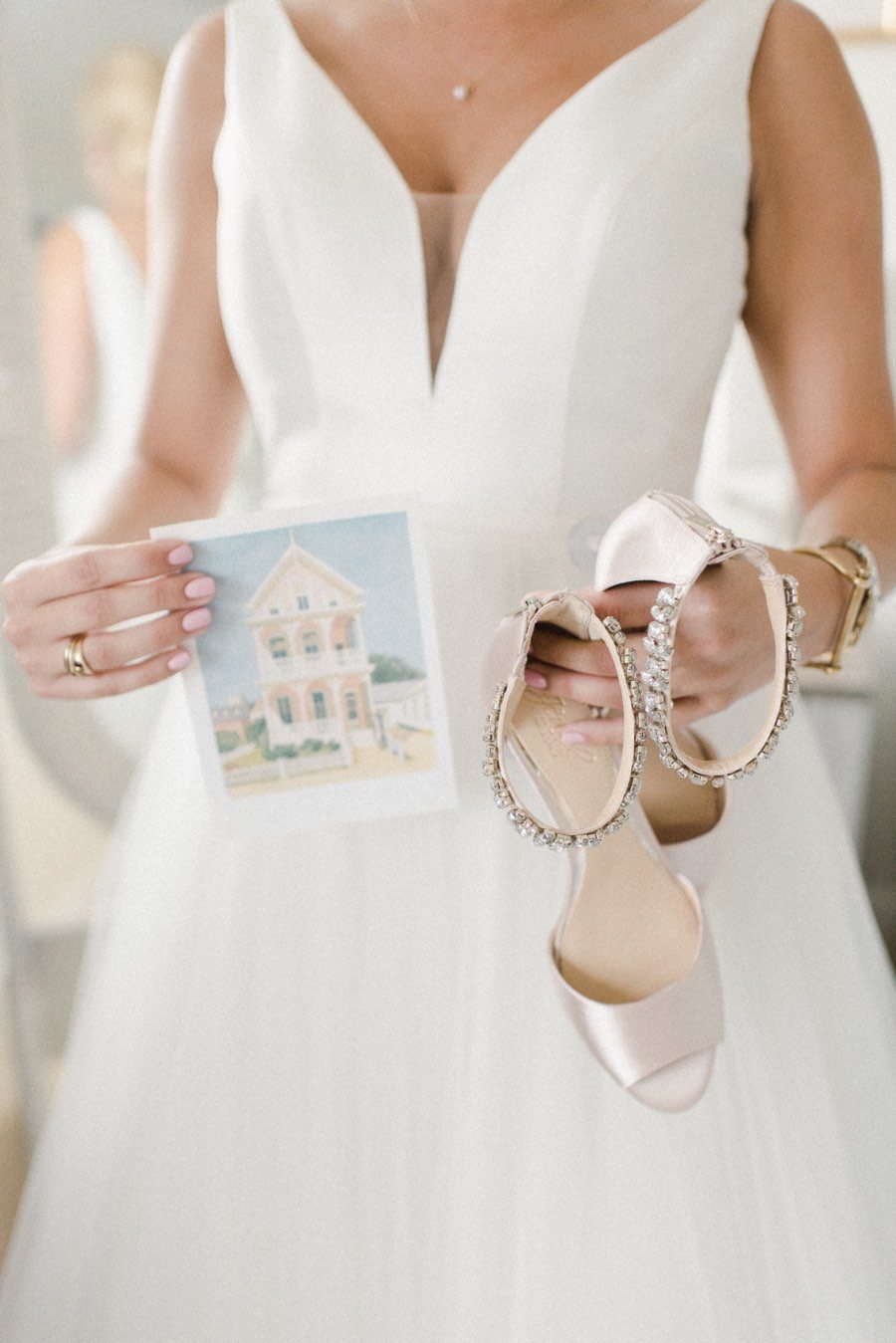 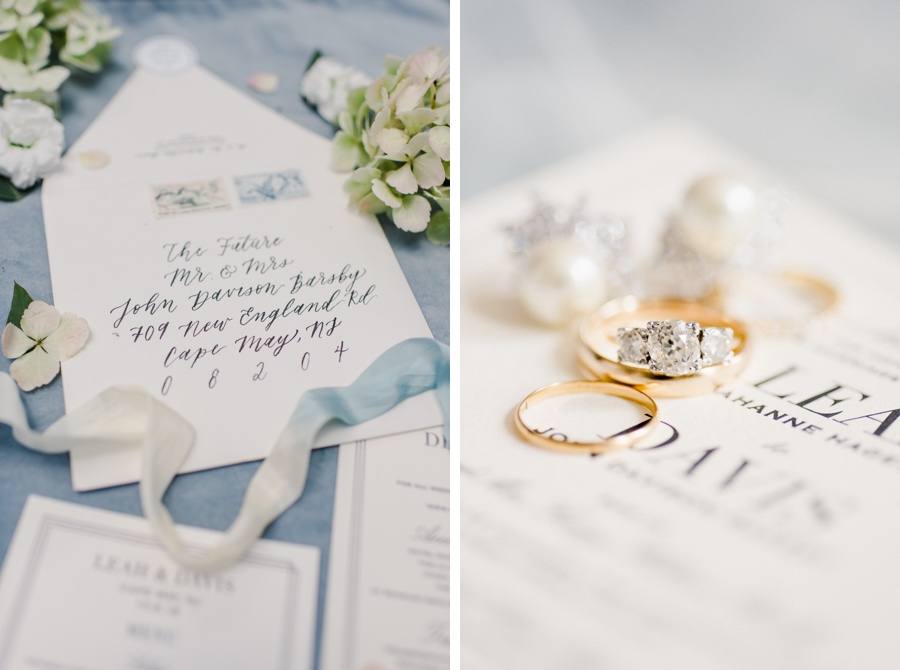 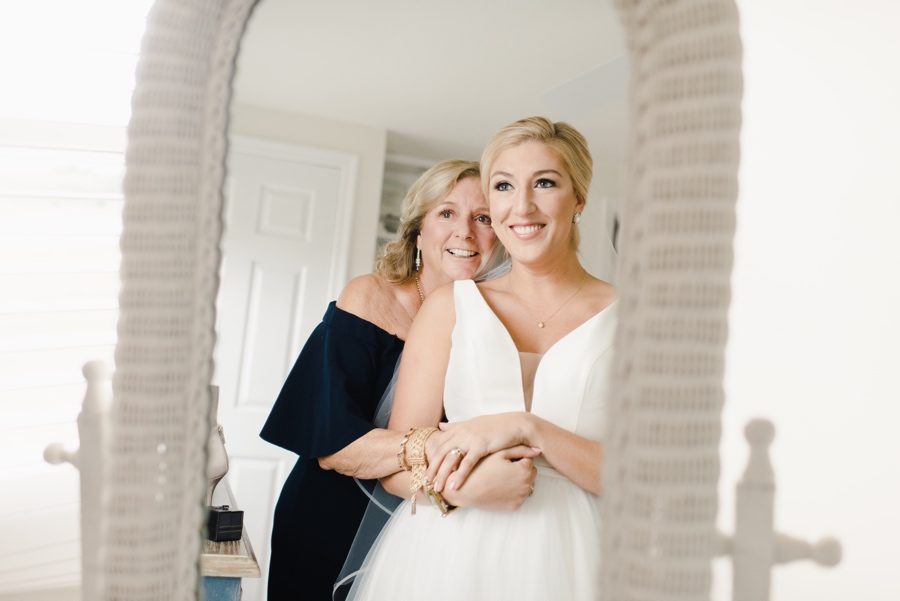 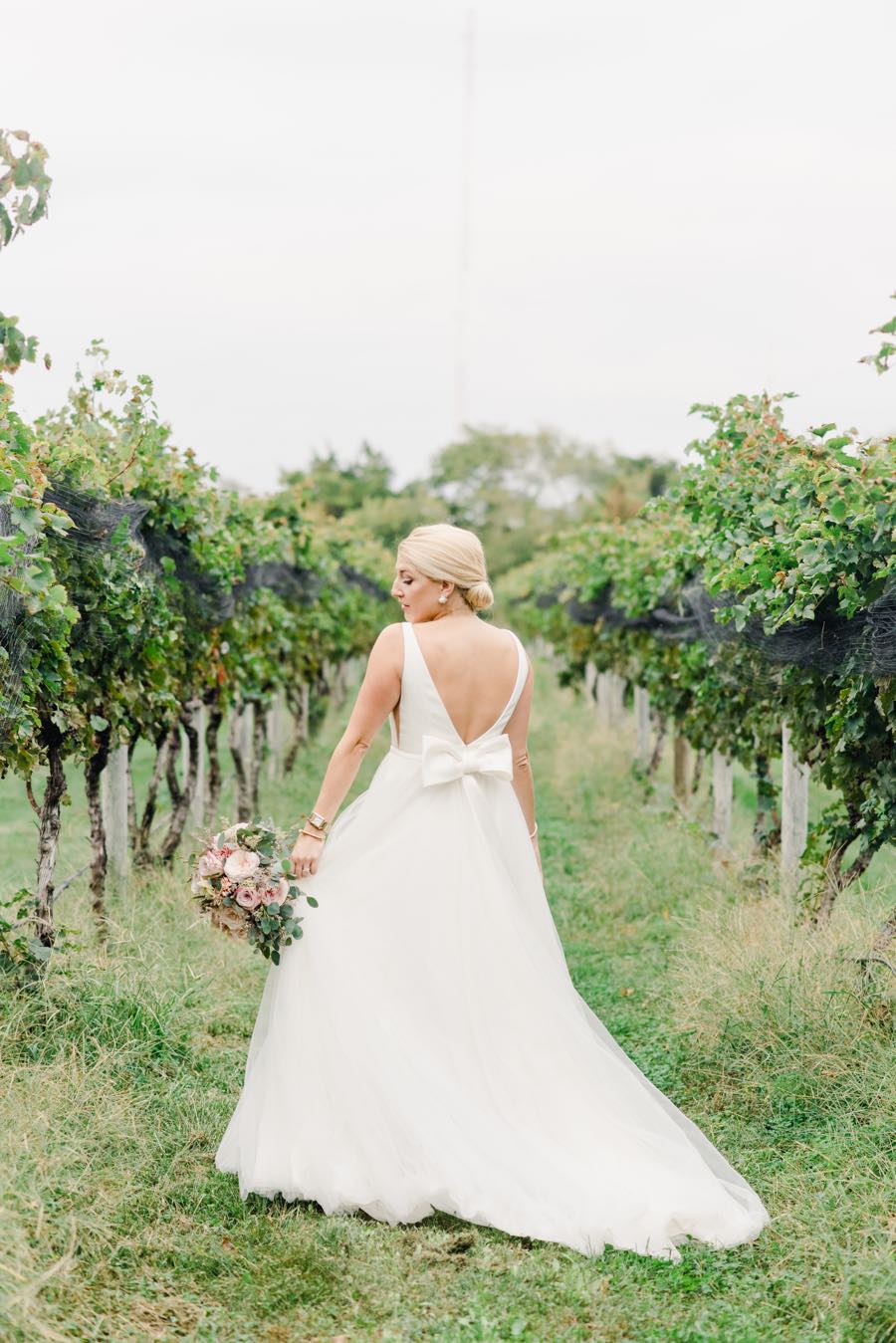 For many Philadelphians, summer is synonymous with the Jersey Shore. So it’s no surprise that Leahanne Marino’s and Davis Barsby’s paths would cross while summering in Cape May and Avalon in 2011.

Leahanne, an event sales manager, visited the Beach Club of Cape May on a sunny day that summer; during her visit, she ran into a few kids she used to babysit — the kids, unbeknownst to her, were Davis’s cousins. Davis, at the time, was a lifeguard on duty, and when he noticed the mystery woman talking to his family from where he sat, he headed down to say hello.

The connection between Leahanne and Davis, who is now the general manager of the Beach Club, was apparent even in that initial meeting, and the pair spent the rest of the summer getting to know each other. Their first real date took place during the Fourth of July: “We met up at the Princeton for dinner and dancing,” Leahanne says. “It was that night that we knew we had something really special!” 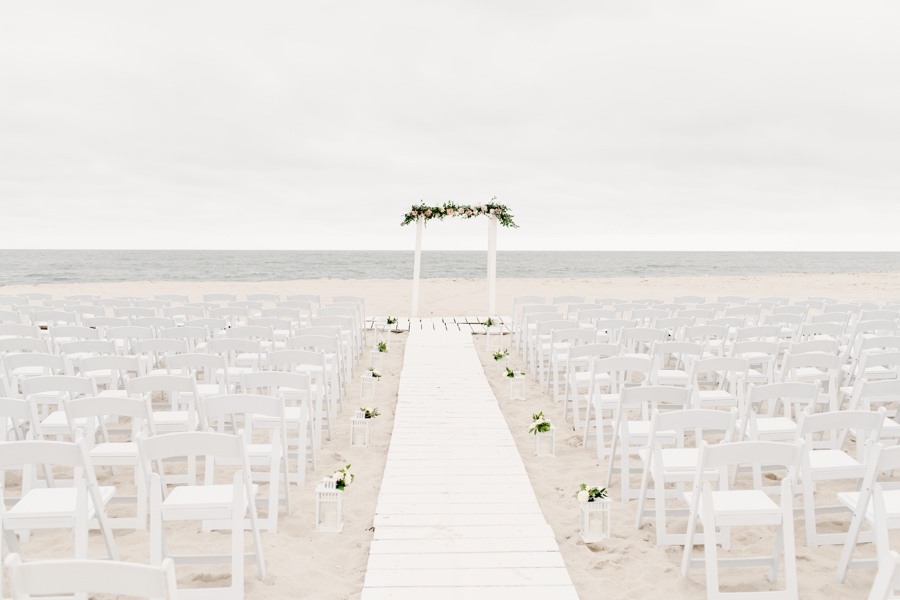 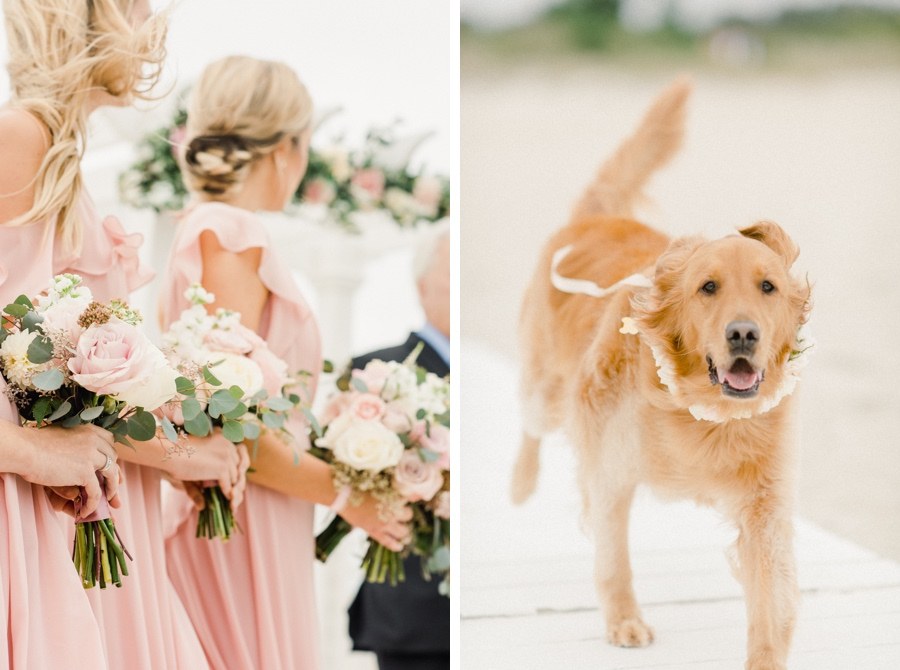 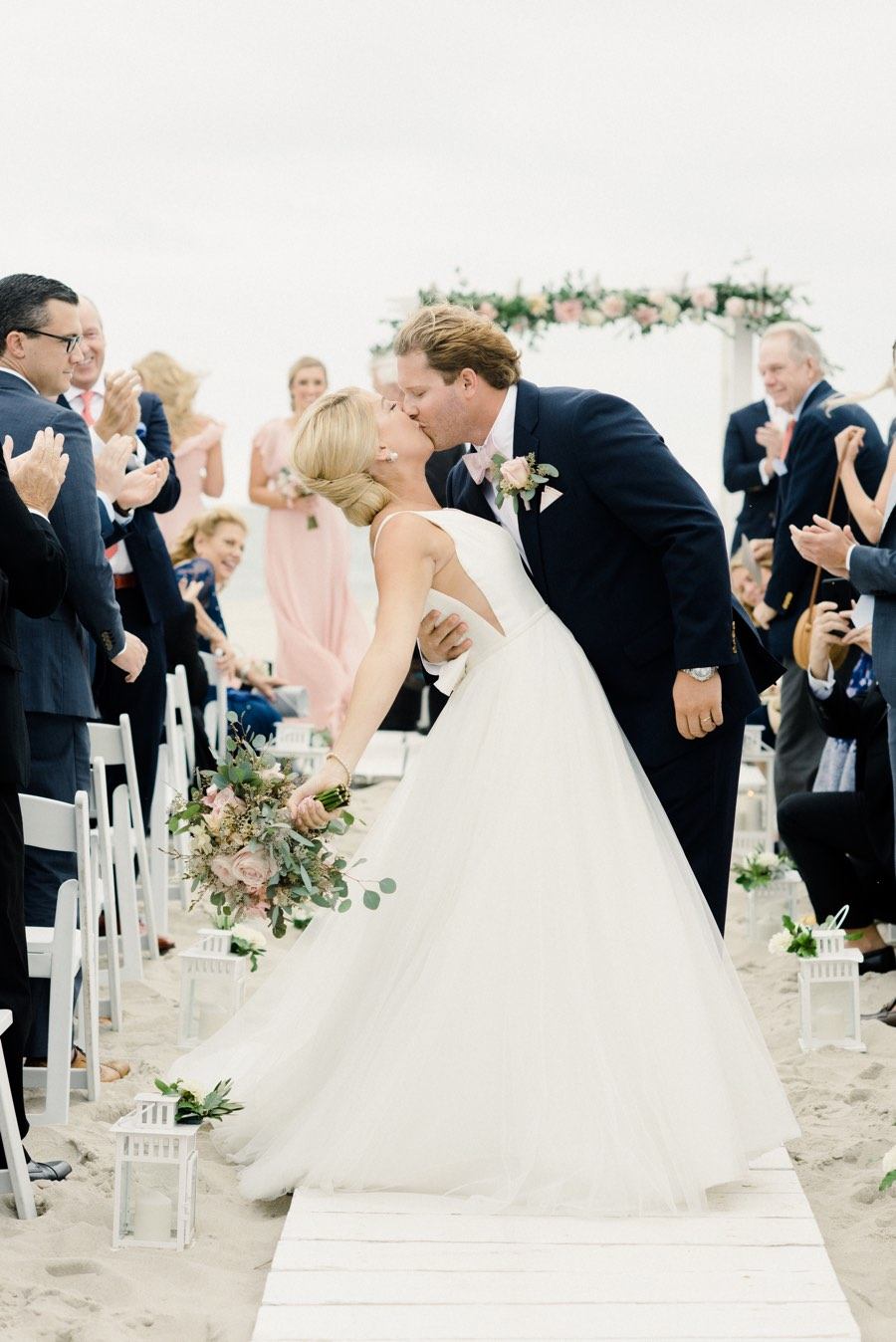 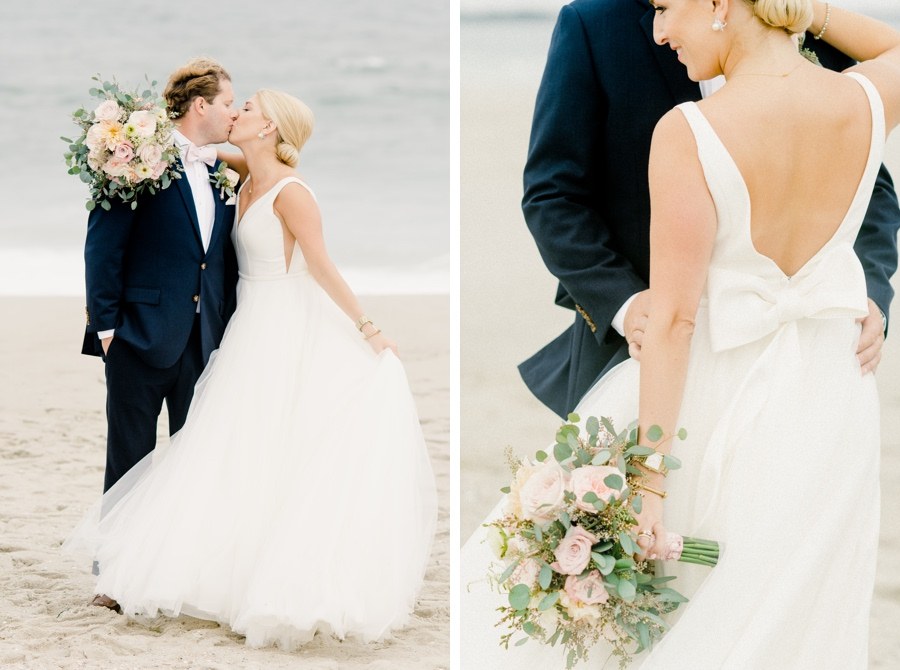 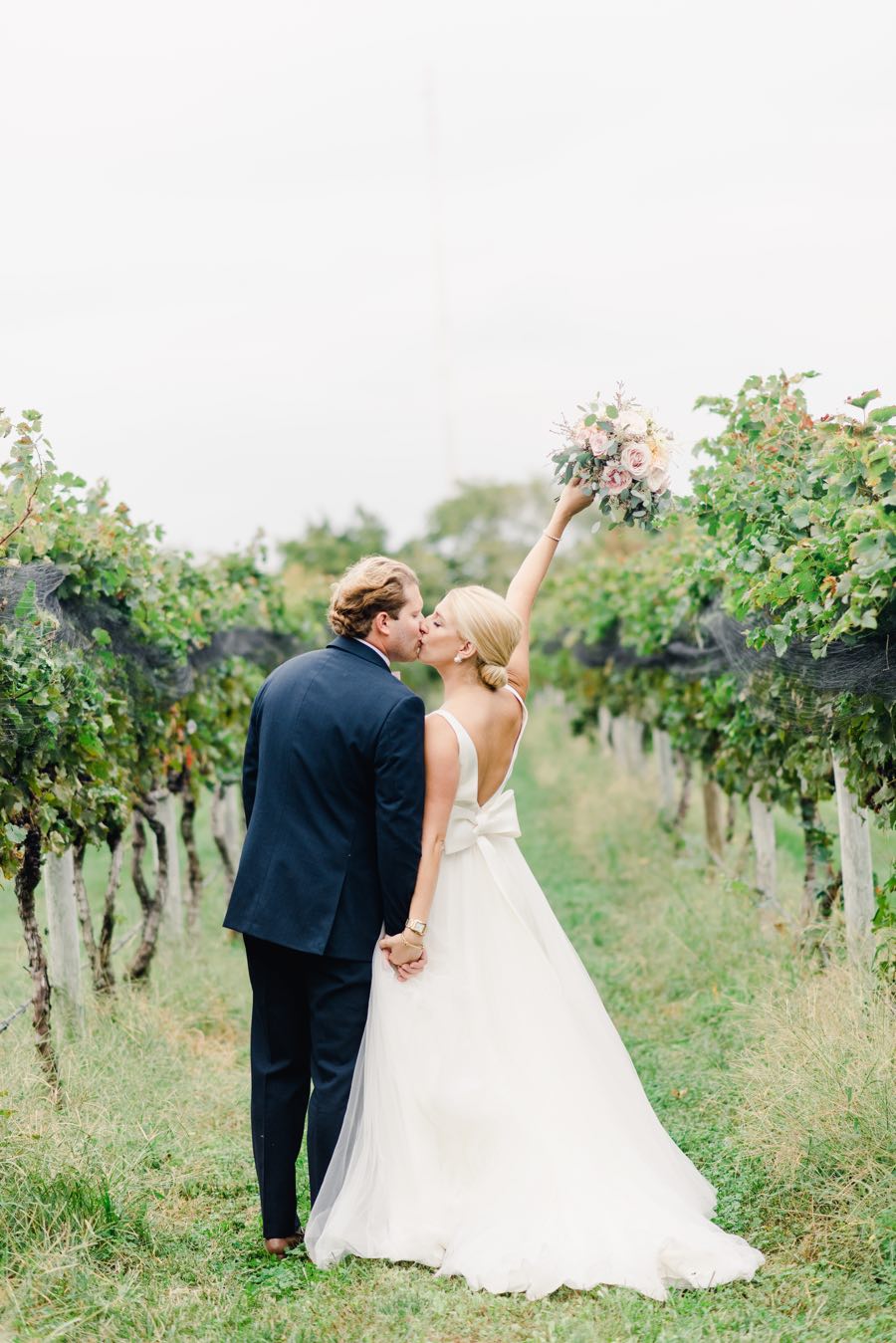 That “something really special” continued on for seven years, four of which were spent traveling back and forth between Philly and the Shore before the pair settled down in Graduate Hospital and eventually Cape May full time.

In December 2017, as they do every year, Davis’s family gathered at the Shore to attend the West Cape May Christmas Parade; this particular year, however, Davis decided to add a little more joy to the holiday season — with a proposal. When Leahanne parked her car at his aunt’s house the morning of the parade, Davis met her at the car door. “I was walking ahead of him when I heard him call out my name,” Leahanne remembers. “I turned around to find him on one knee, box in hand, asking me to be his wife.” Afterward, the newly engaged couple celebrated with 50 of their closest friends and family members. 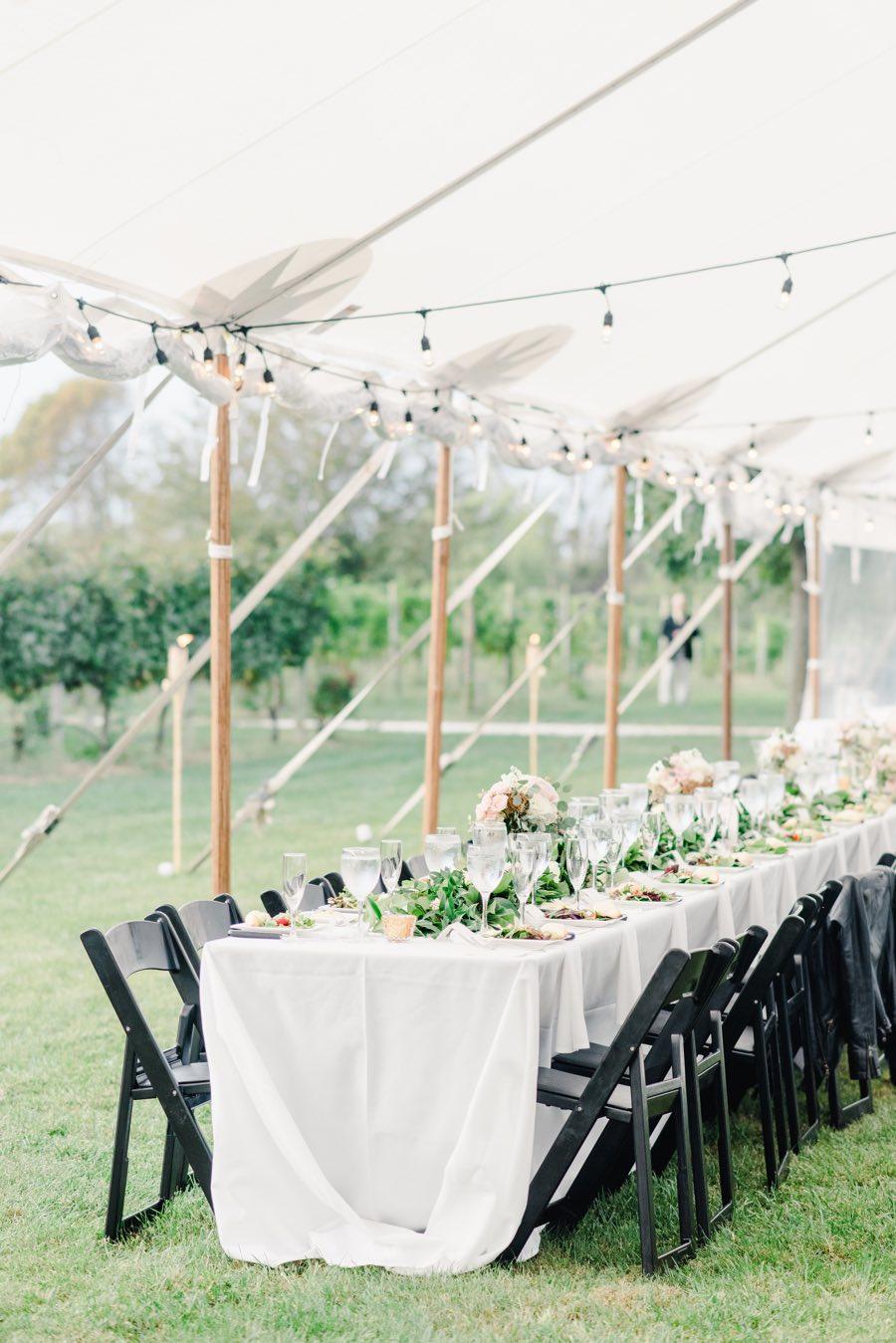 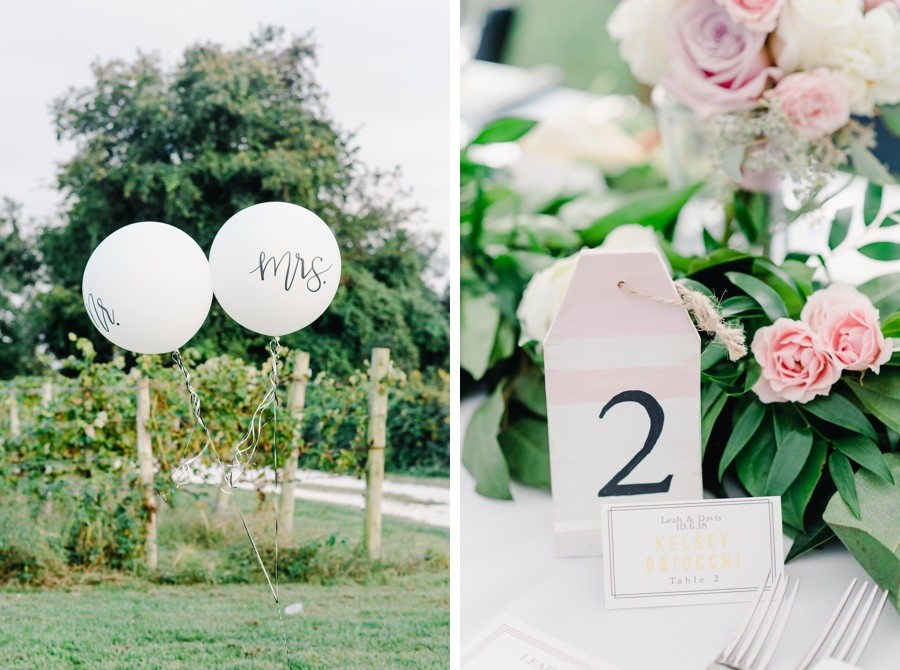 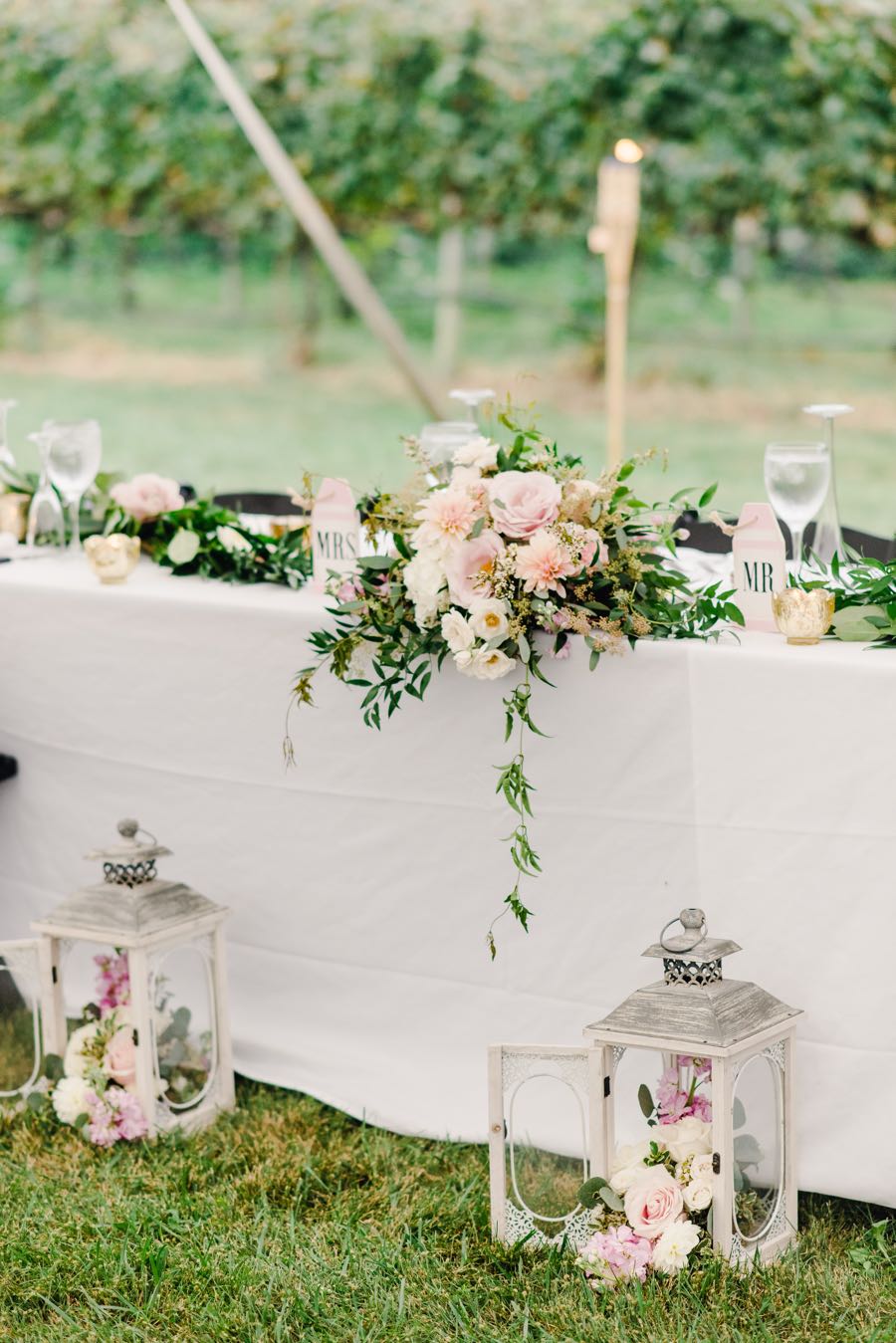 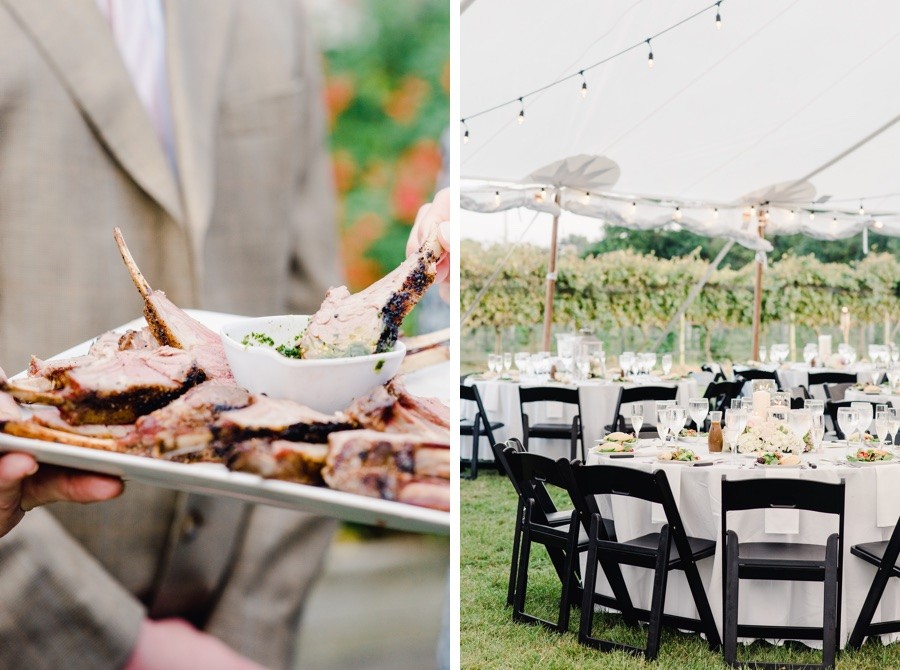 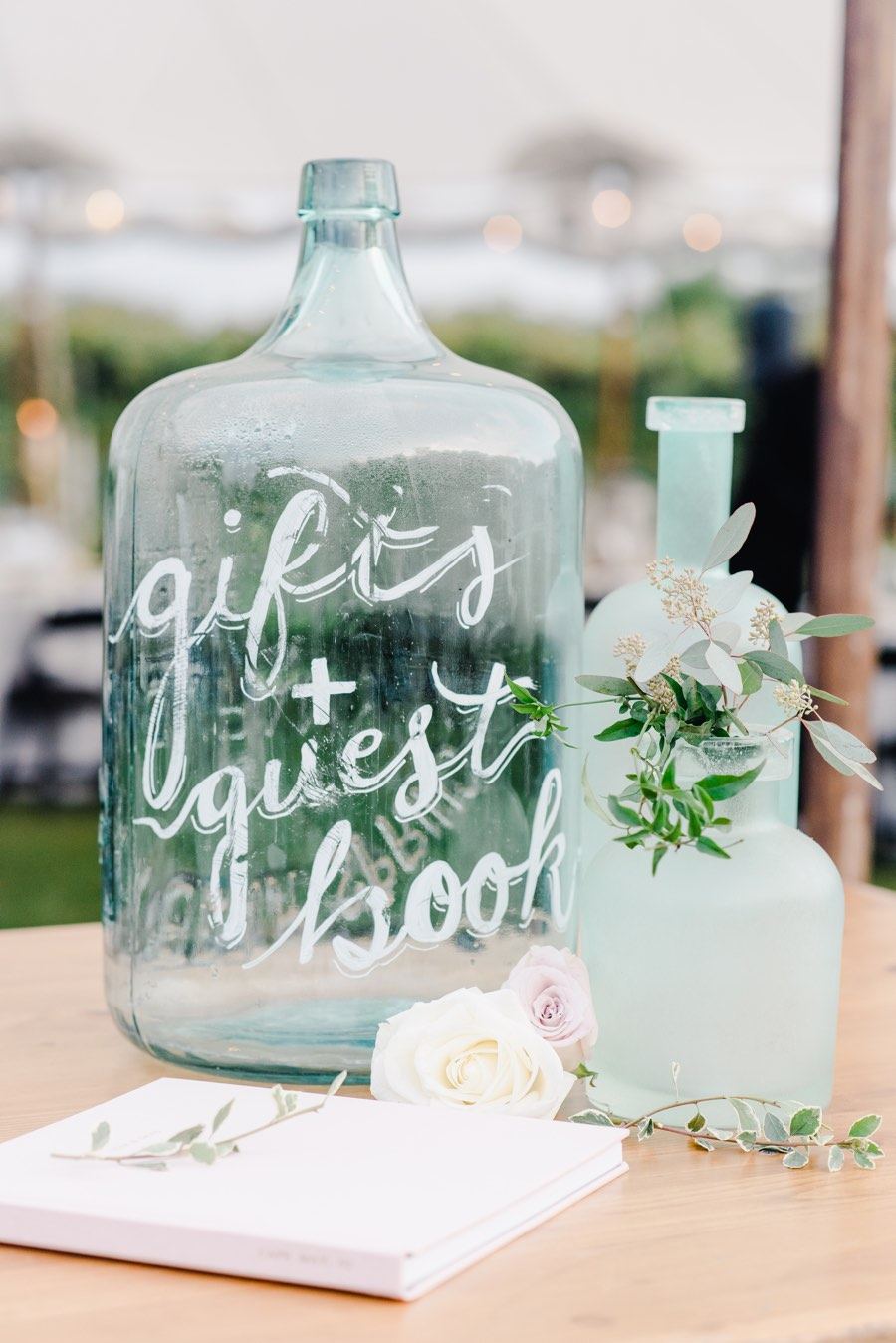 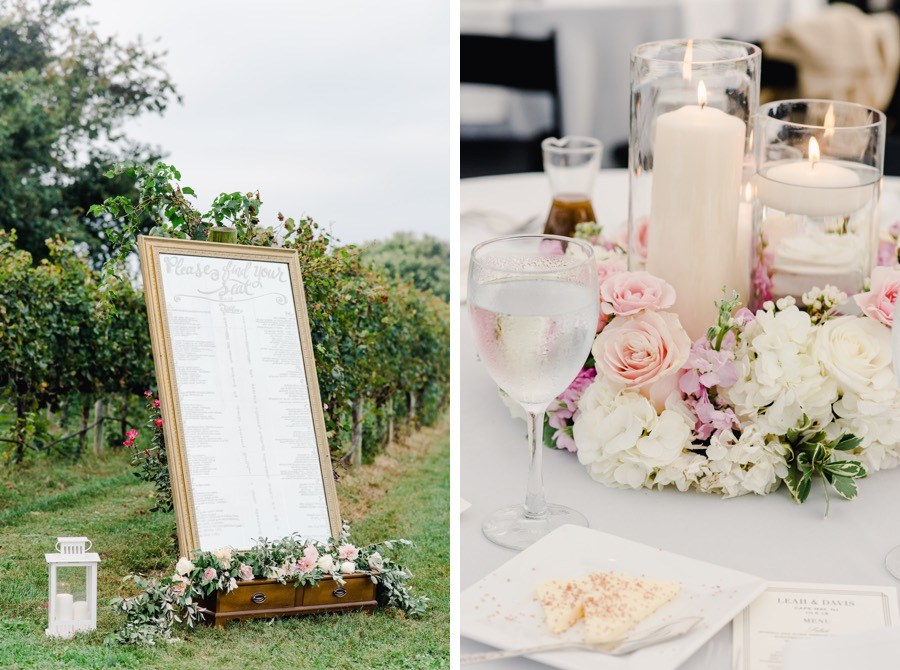 Both being in the event industry, Davis and Leahanne planned their wedding in just 10 months. On October 8, 2018, the pair wed at the Beach Club, an ideal setting for anyone in favor of the Shore that was perfectly fitting for their relationship. “Walking down the white boardwalk aisle as bride and groom had so much meaning to us individually and even more so as a couple,” Leahanne says. “It’s where we met and where his family has been enjoying summers for generations.”

Although the pair has turned Jersey into their forever home, their affinity for Philadelphia is as strong as ever. On their Big Day, Davis not only celebrated the love is his life but also his other love, the Philadelphia Eagles, who had won the Super Bowl only nine months prior. Before guests arrived at the Beach Club, he and his groomsmen raised an Eagles flag as they chanted “Fly, Eagles, Fly!”

Another special moment of the ceremony was when a surprise flower girl, Leahanne and Davis’s dog, Buoy, made the walk down the aisle and met the couple at the altar. 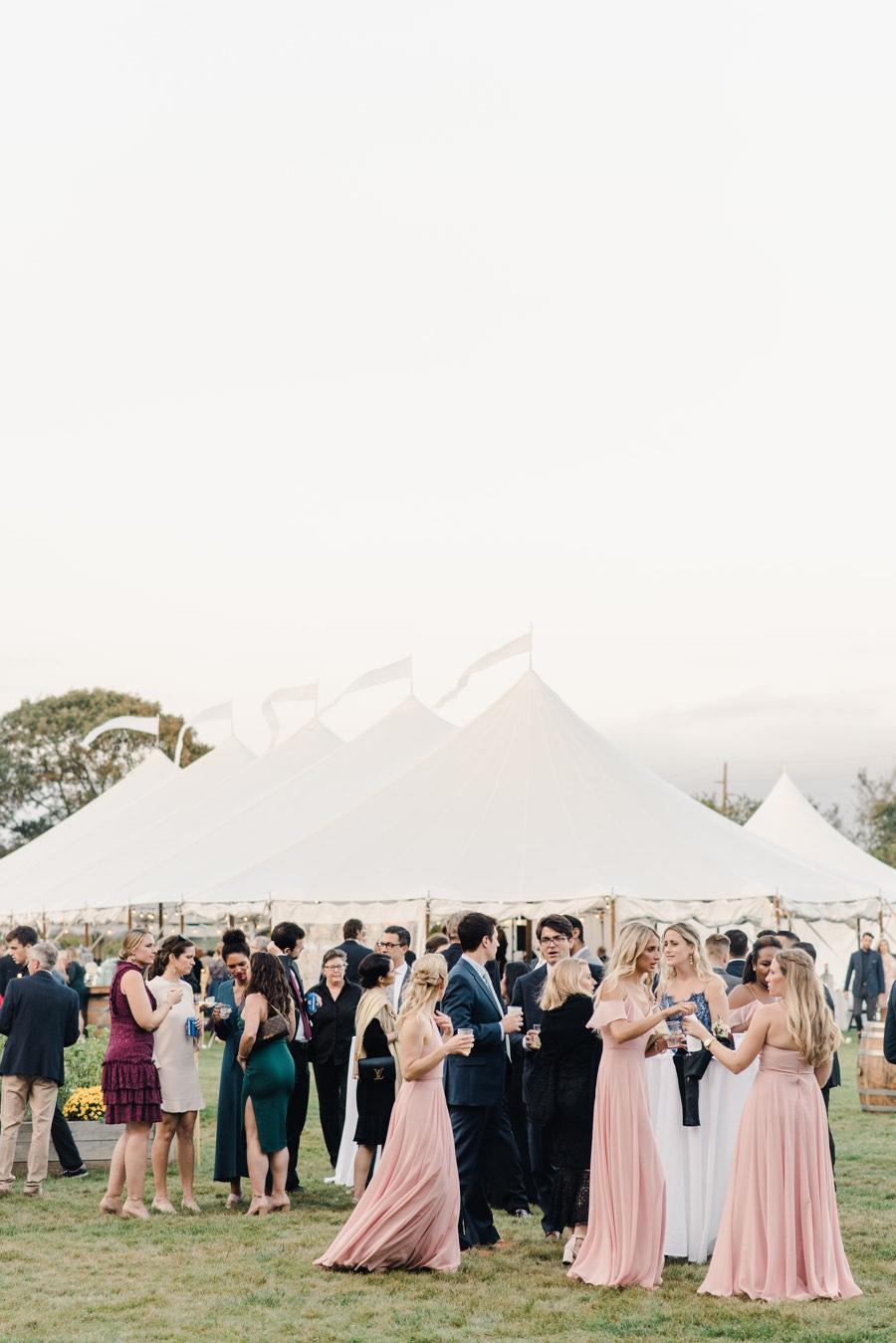 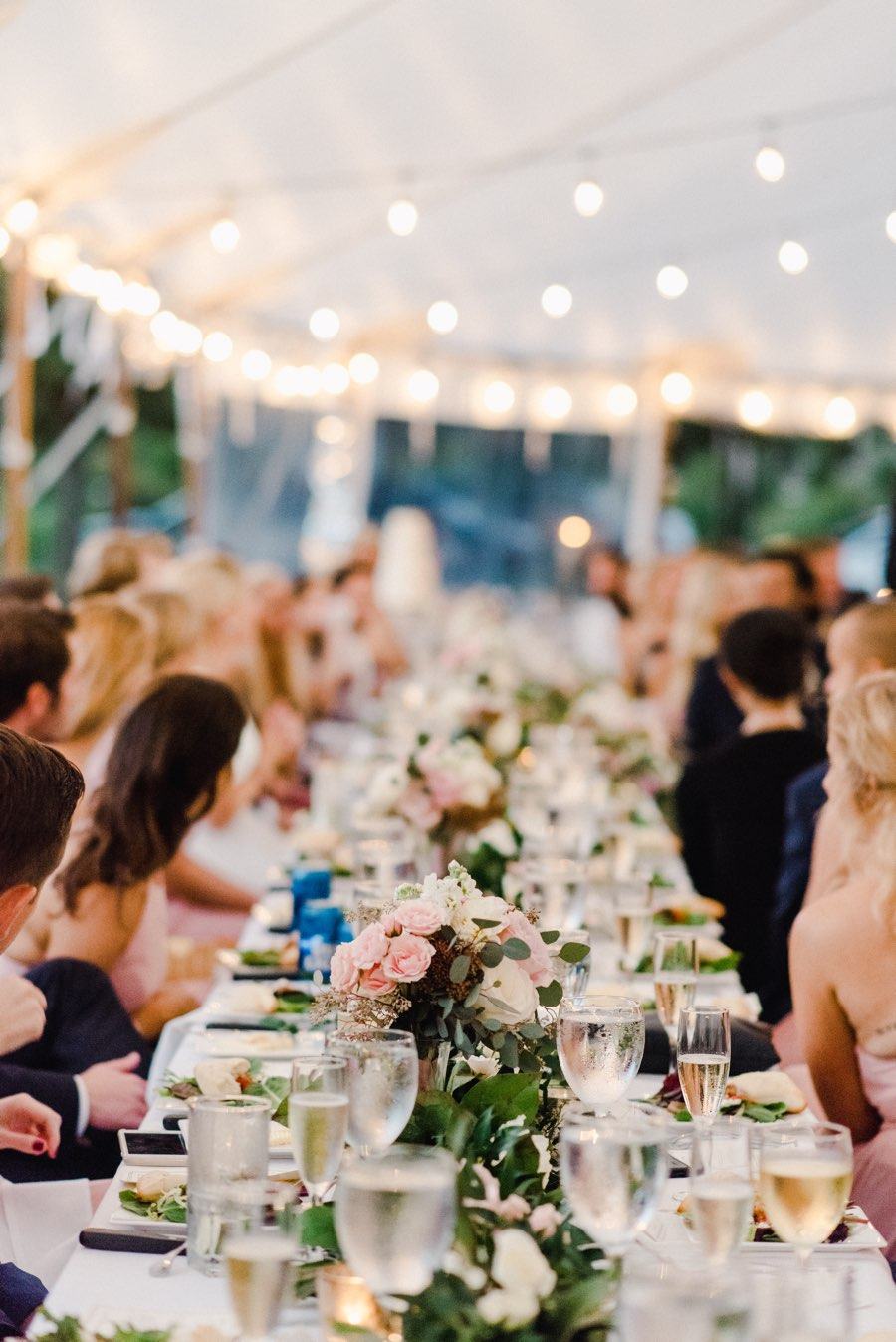 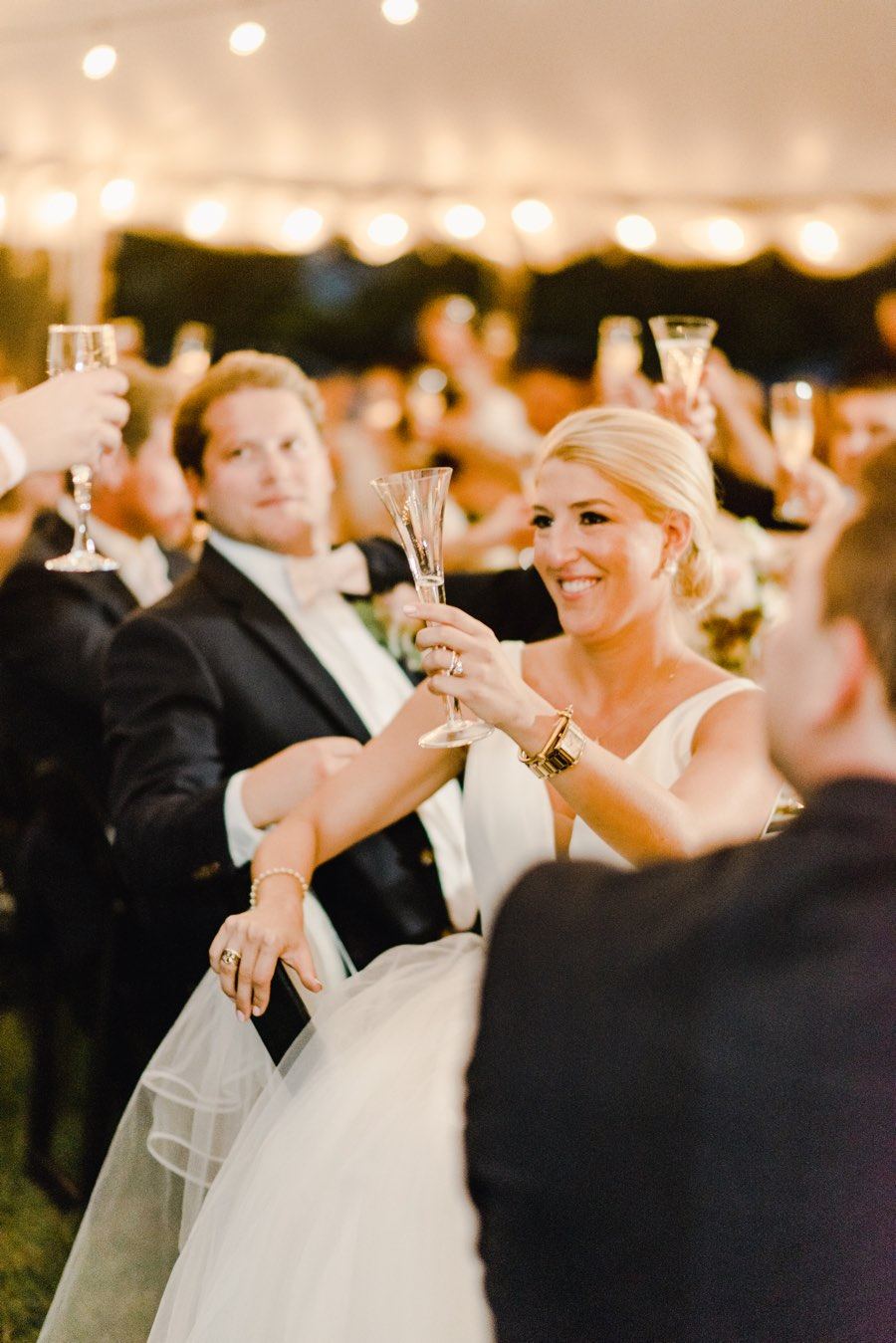 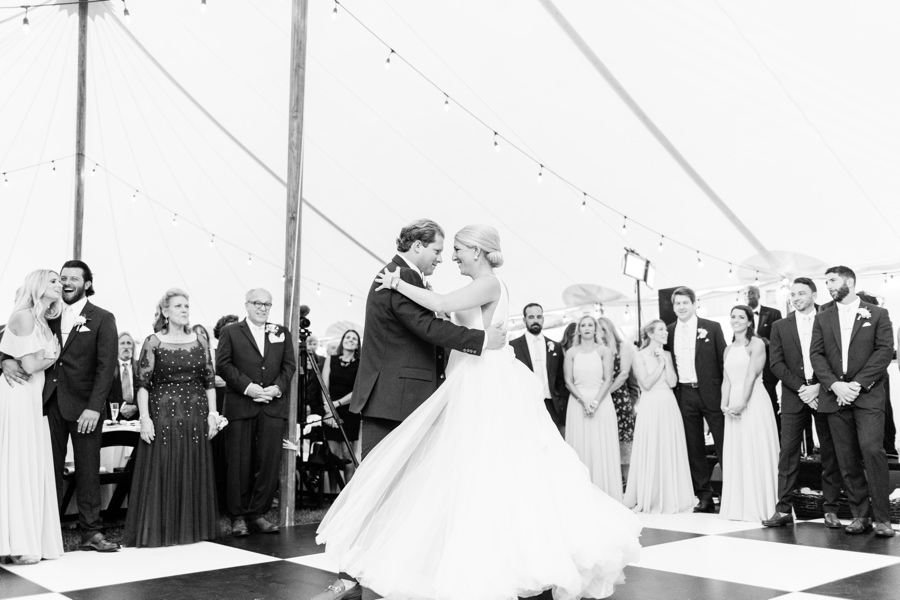 At the reception held at Isaac Smith Vineyards, the couple shared their first dance to top country hit “You Make It Easy” by Jason Aldean. In addition to loving country music, Leahanne shares, they felt the song spoke to their relationship — easy, yet so right.