After Years of Inviting Her to See His Band Play, This Temple Guy Finally Got the Girl

A couple long in the making brings a fun, tropical-style wedding to the city. 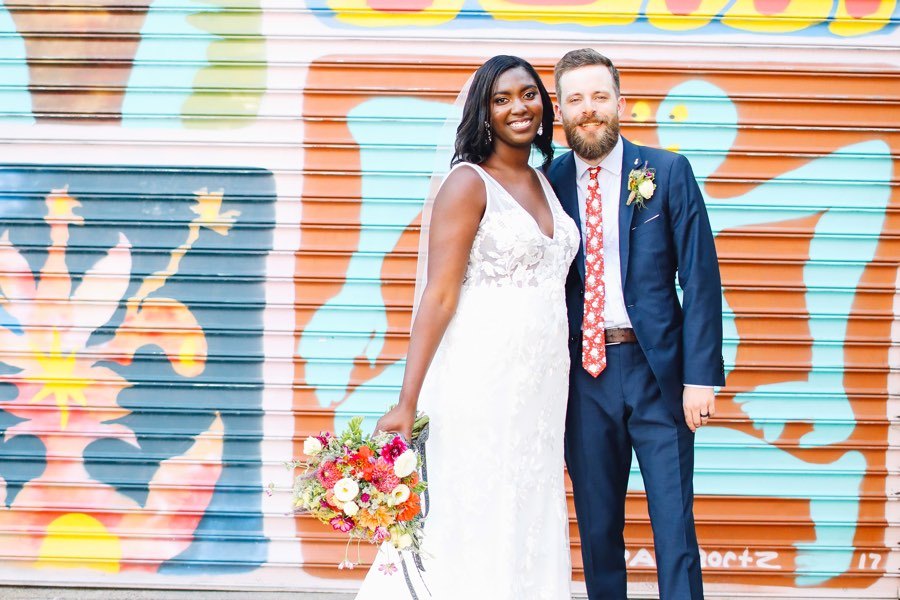 Yes, it turns out there is still love after inviting someone to see your band on Facebook for four years straight. The fun-filled, tropical-inspired neon-bedecked August wedding of Temple alumni Sharvae Scott and Charles Benjamin Runyan at the MAAS Building in Kensington has a great story behind it—and stunning photos from the day to boot. Read on to find out how they fell in love years after knowing one another in college, and see all the details from their day coordinated by Jess Keating Whitney of Philly DIY Wedding in photos by Breanne Furlong Photography. 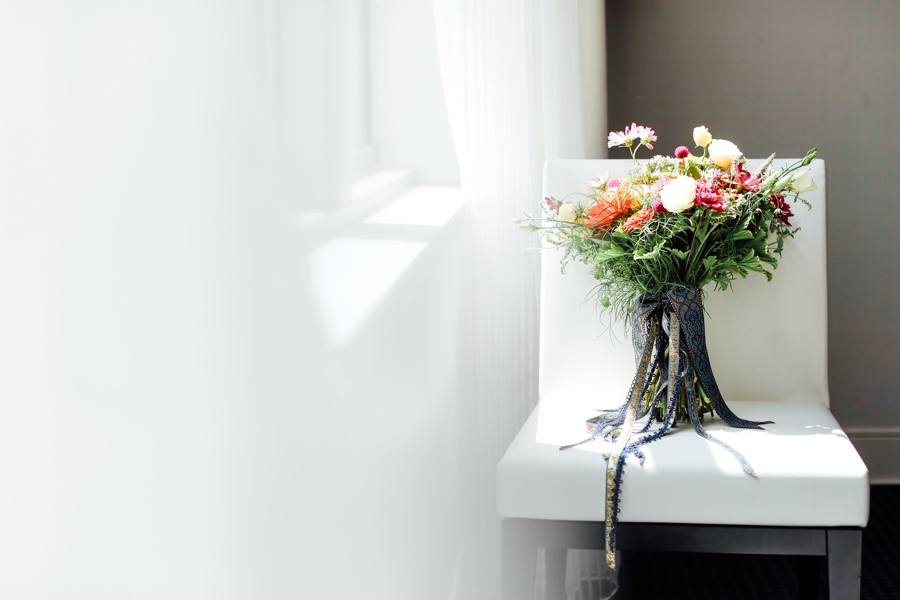 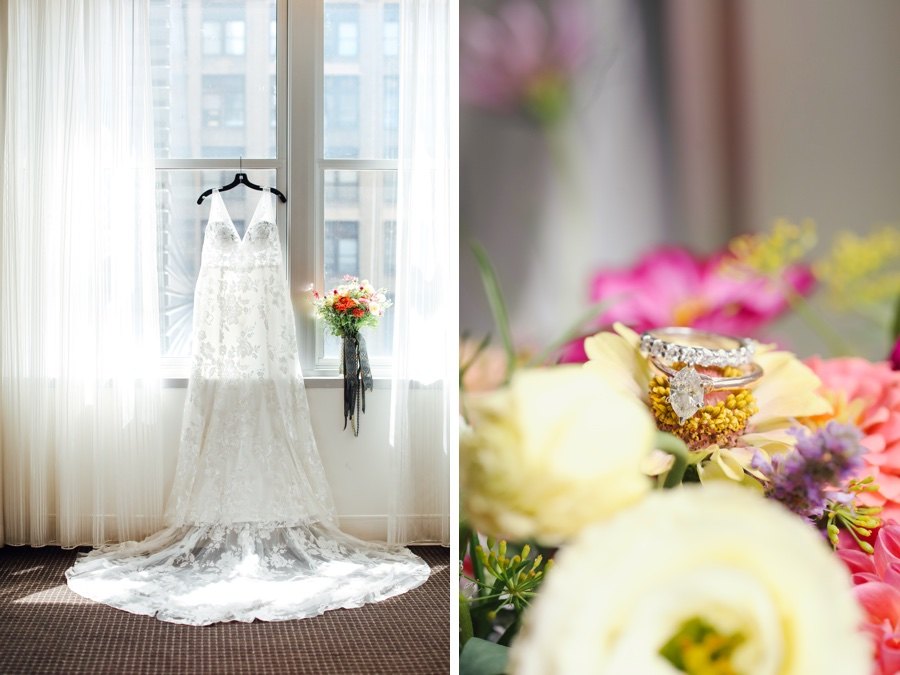 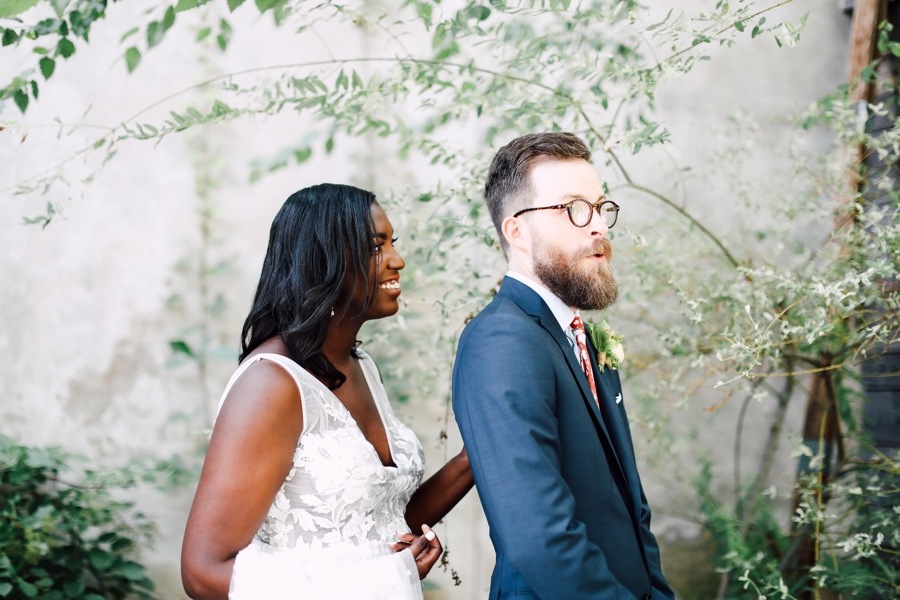 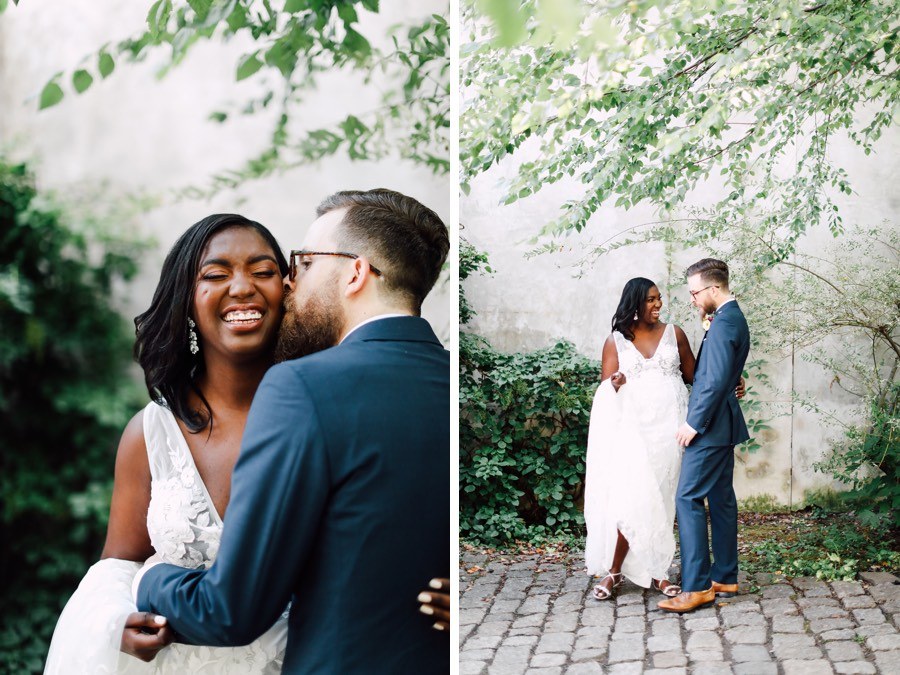 Sharvae Scott and Charles Benjamin Runyan were both dating other people when they first crossed paths at Temple her freshman year, but the moment was impactful enough to keep Ben, who goes by his middle name, sending Facebook invites Shar’s way to see his band perform all through college. “I thought he was super-cute but wasn’t sold on being a groupie,” she laughs. 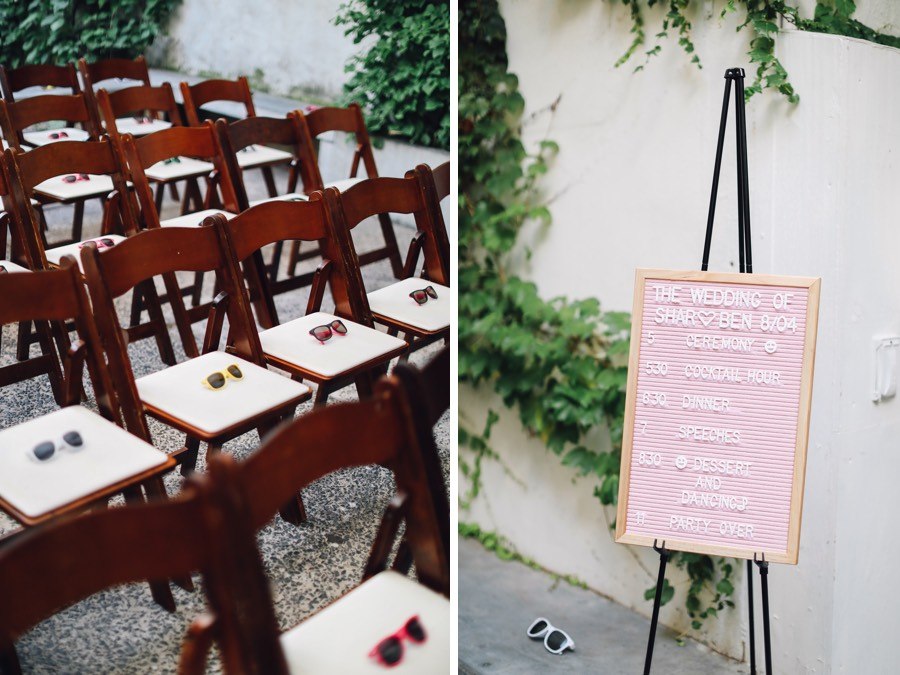 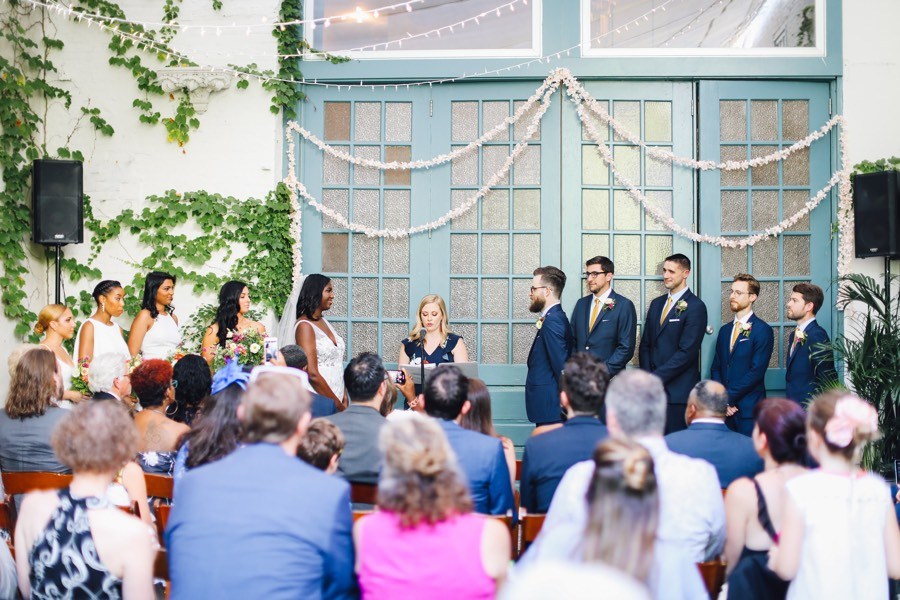 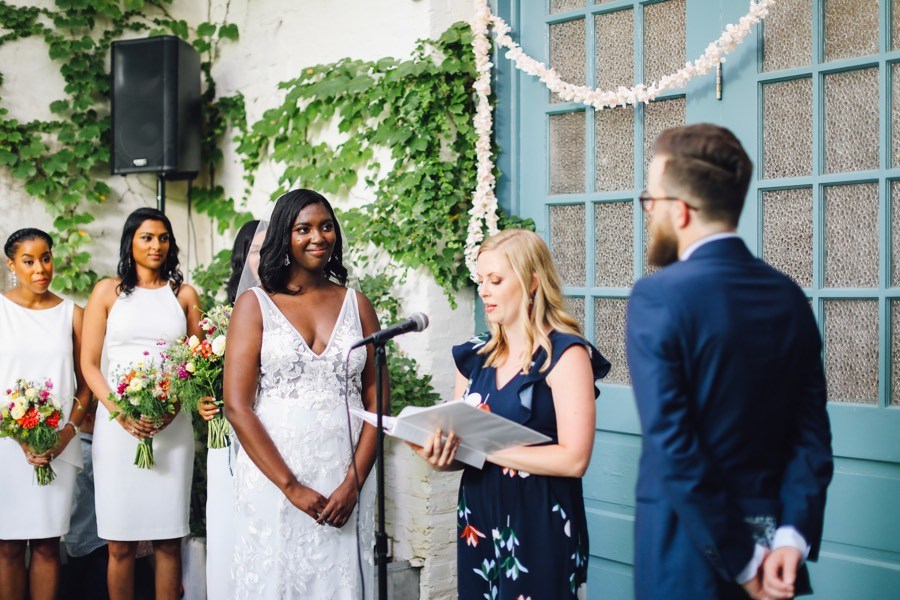 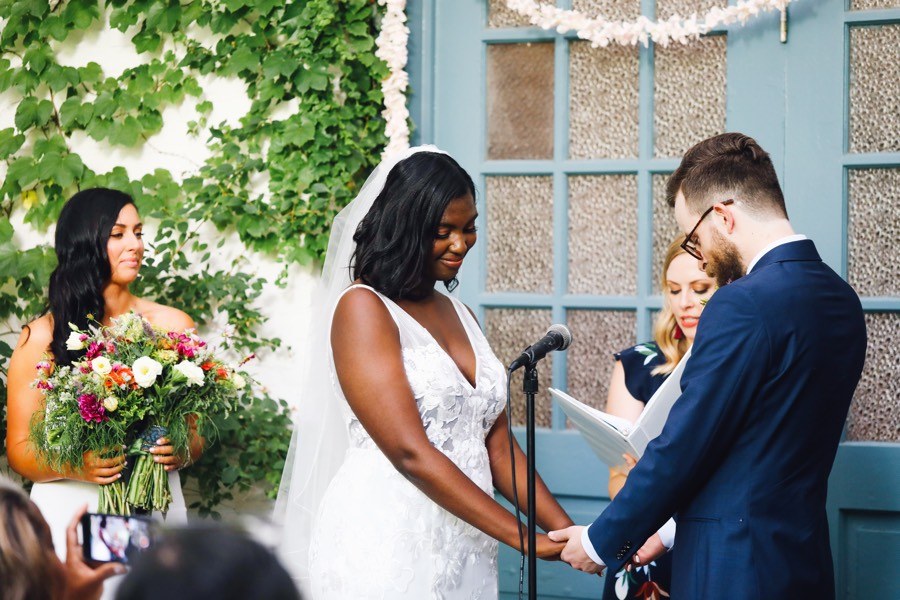 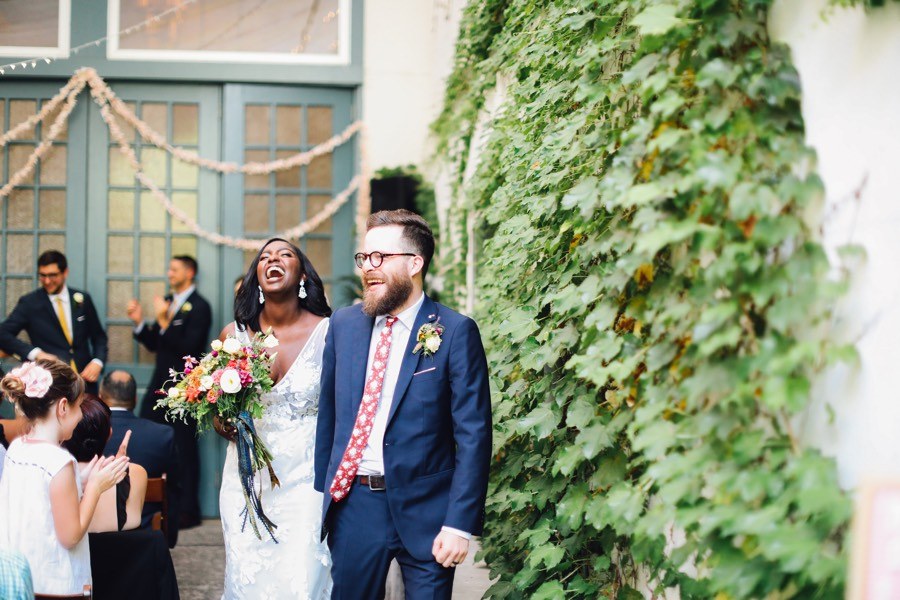 Fast-forward to 2016. After four years of no communication, both were single — and, coincidentally, waiting for the same train at Penn Station. They sat together on the ride home to Philly, and this time, Ben went for a much more direct approach. Not long into a first-date hike in New Hope, Shar’s suspicions on the train proved true: She was attracted to him, too. 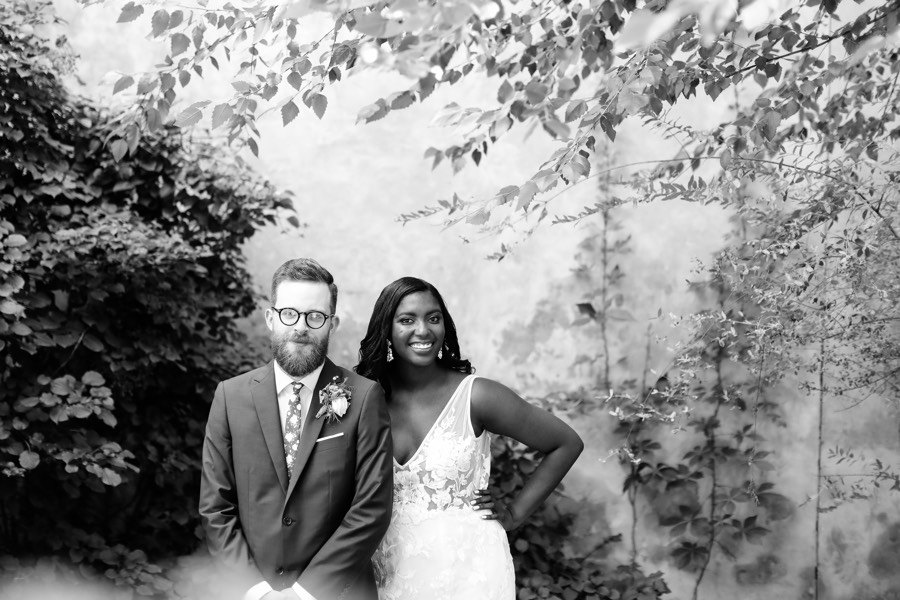 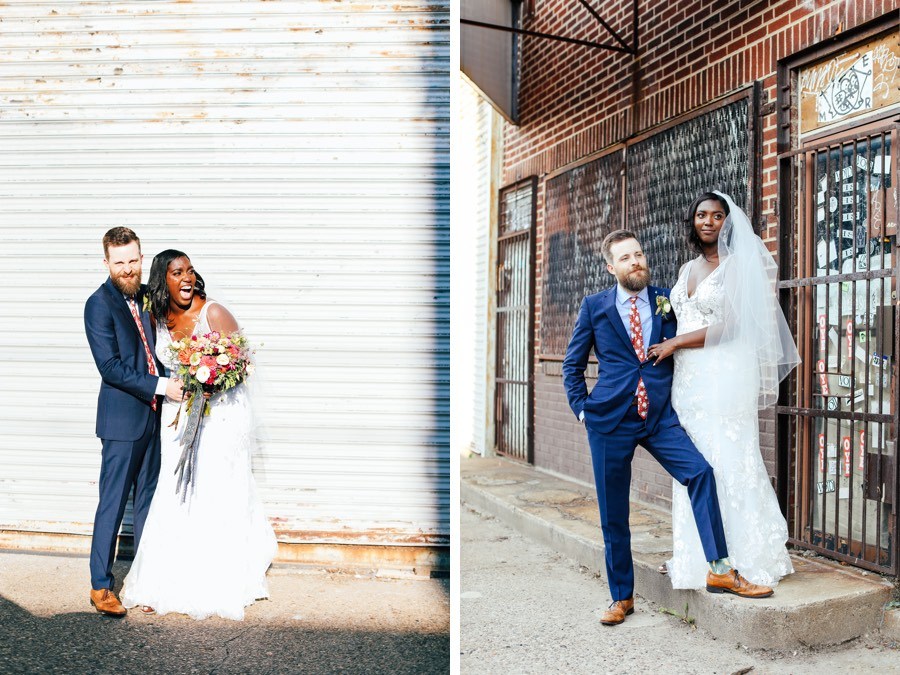 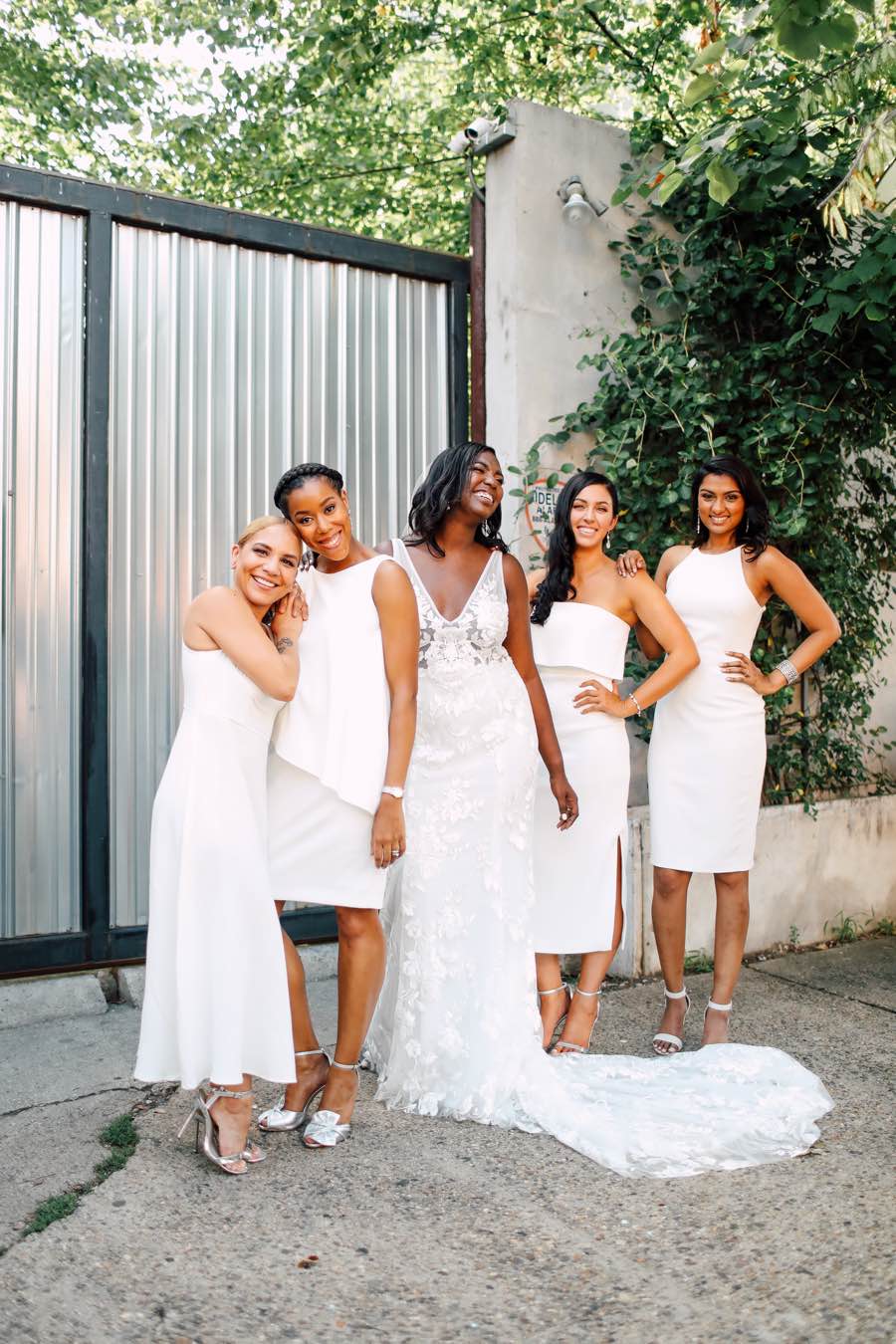 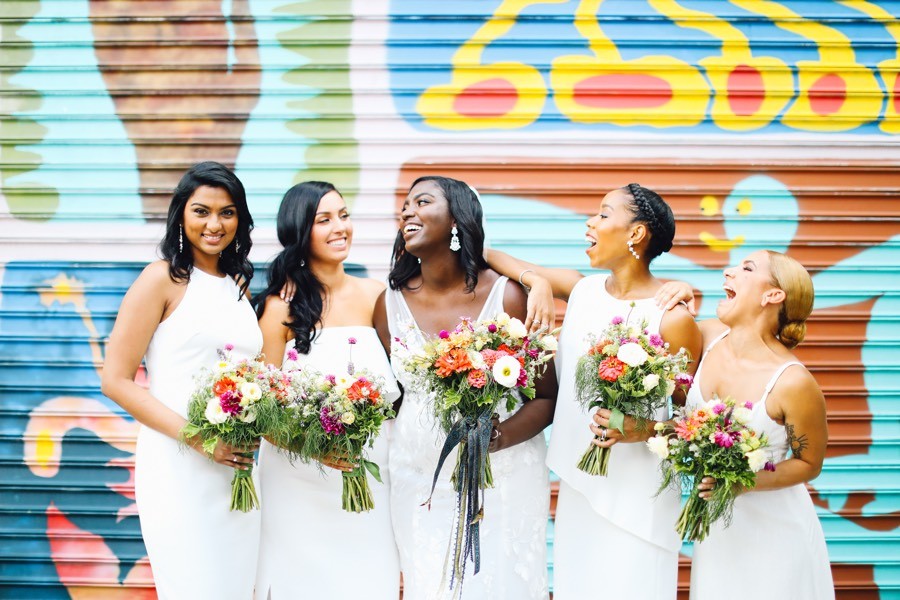 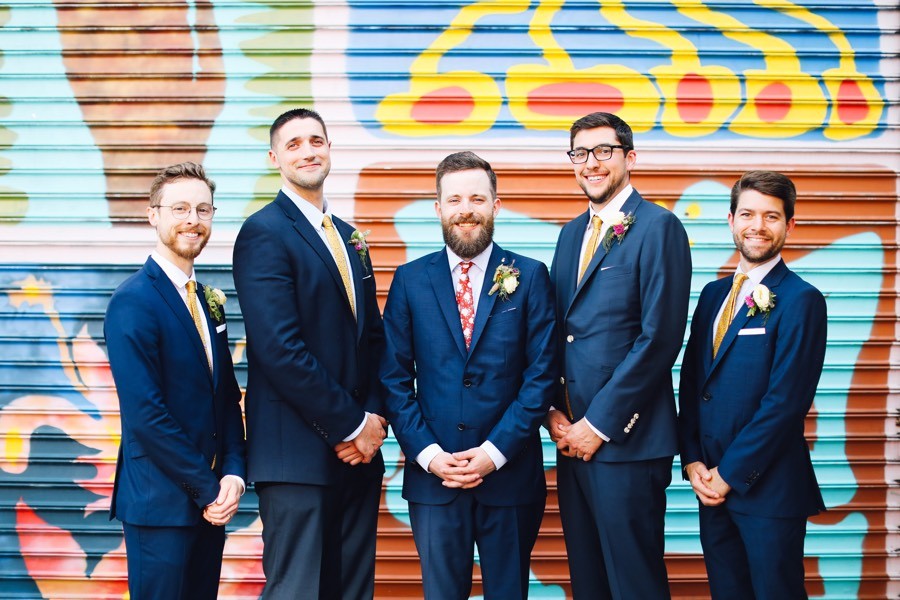 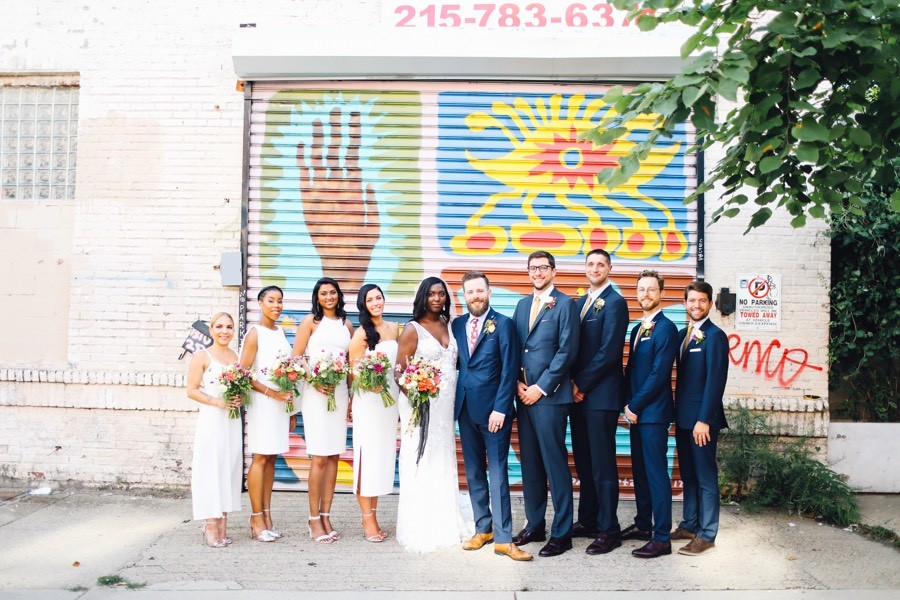 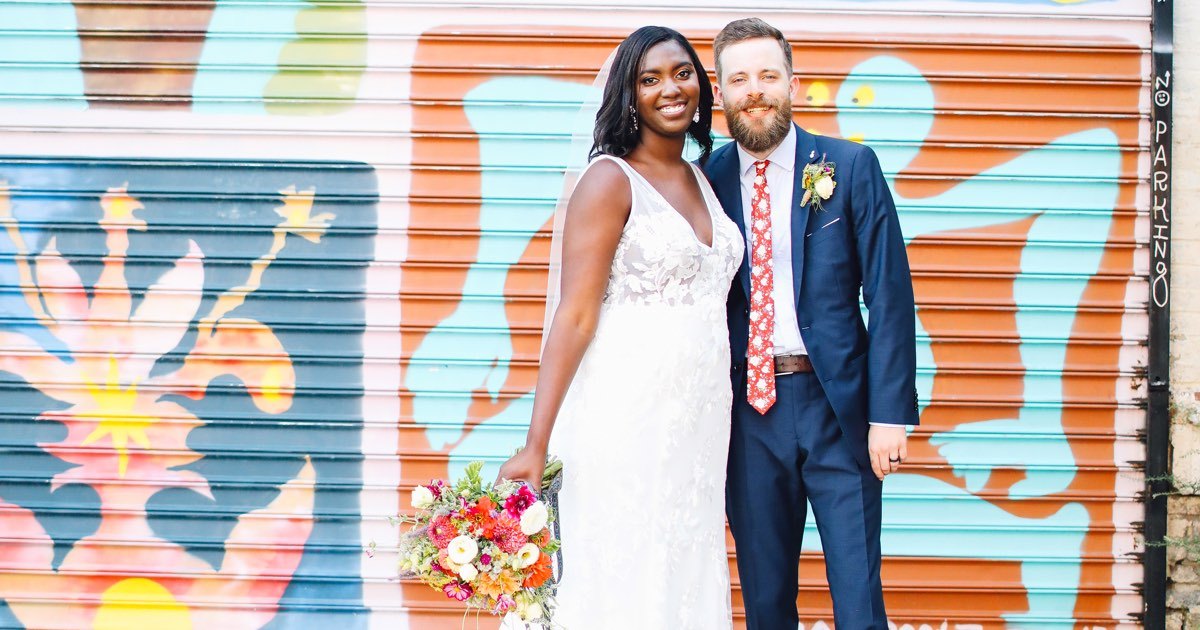 “He was easy to talk to, very sweet, and a much more interesting person than I assumed he’d be back when I would deny his invites,” she says. One year later, they celebrated their anniversary with a trip back to the place where they first “re-met” — and Ben popped the question under the arrivals-and-departures board. 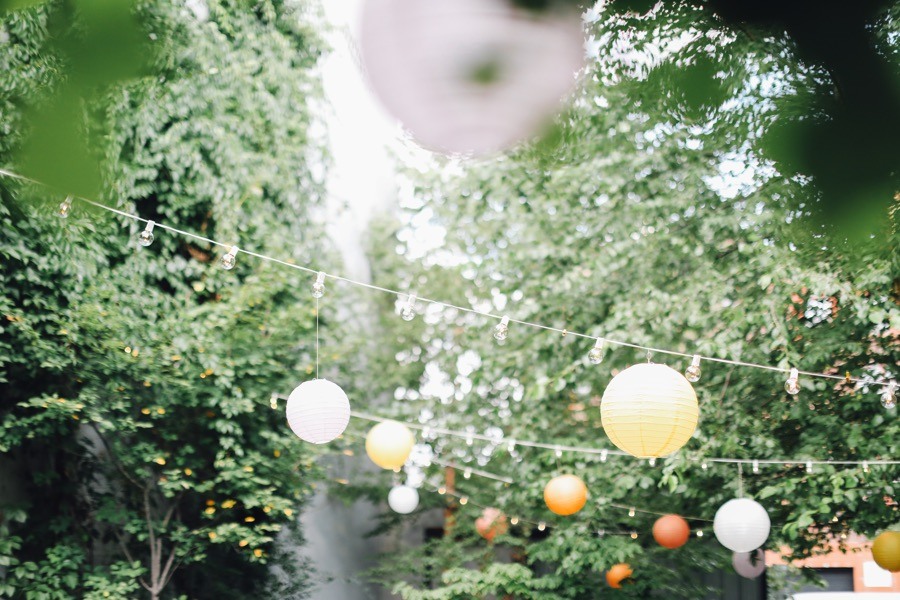 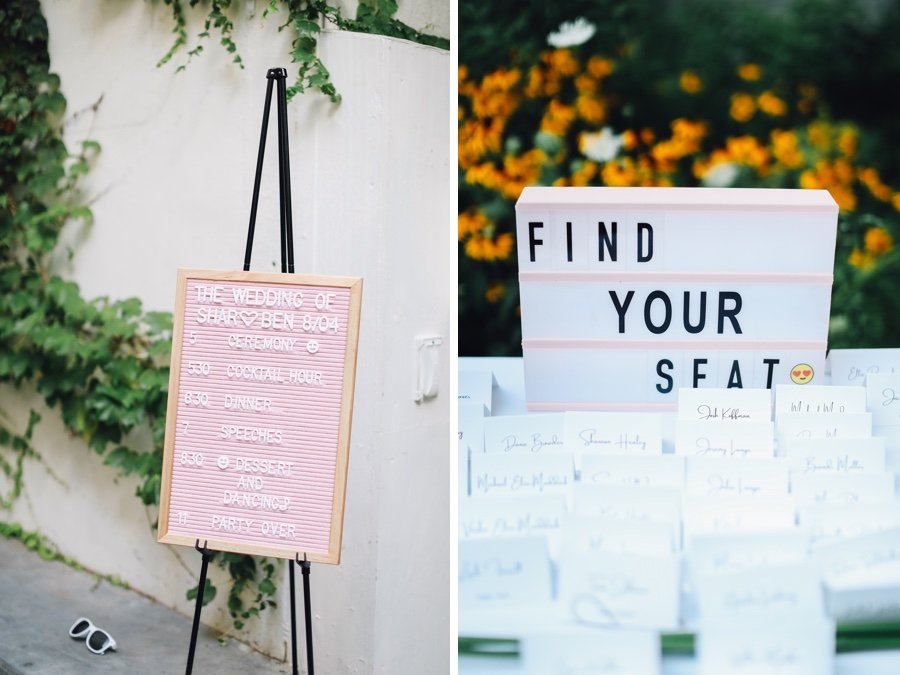 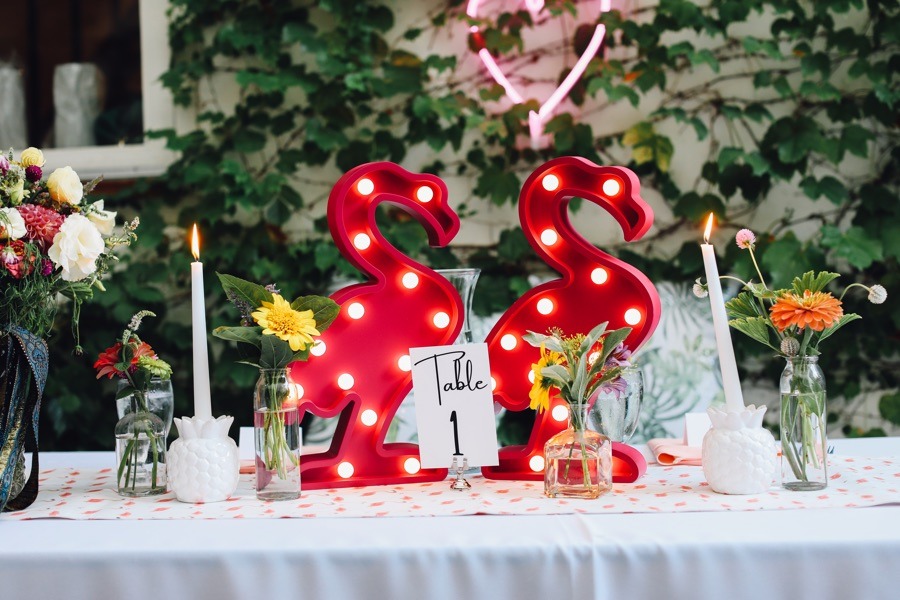 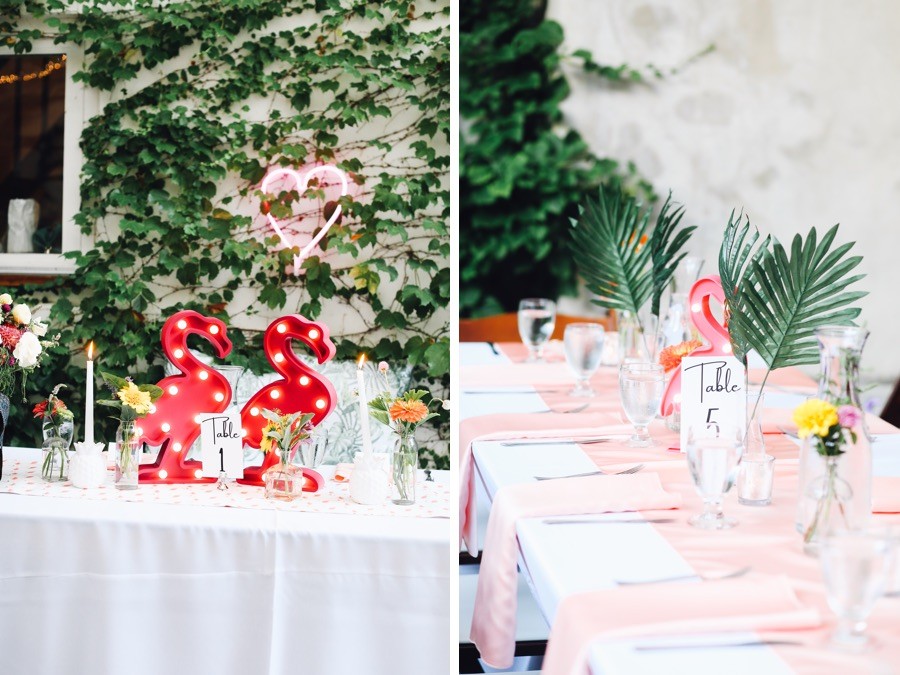 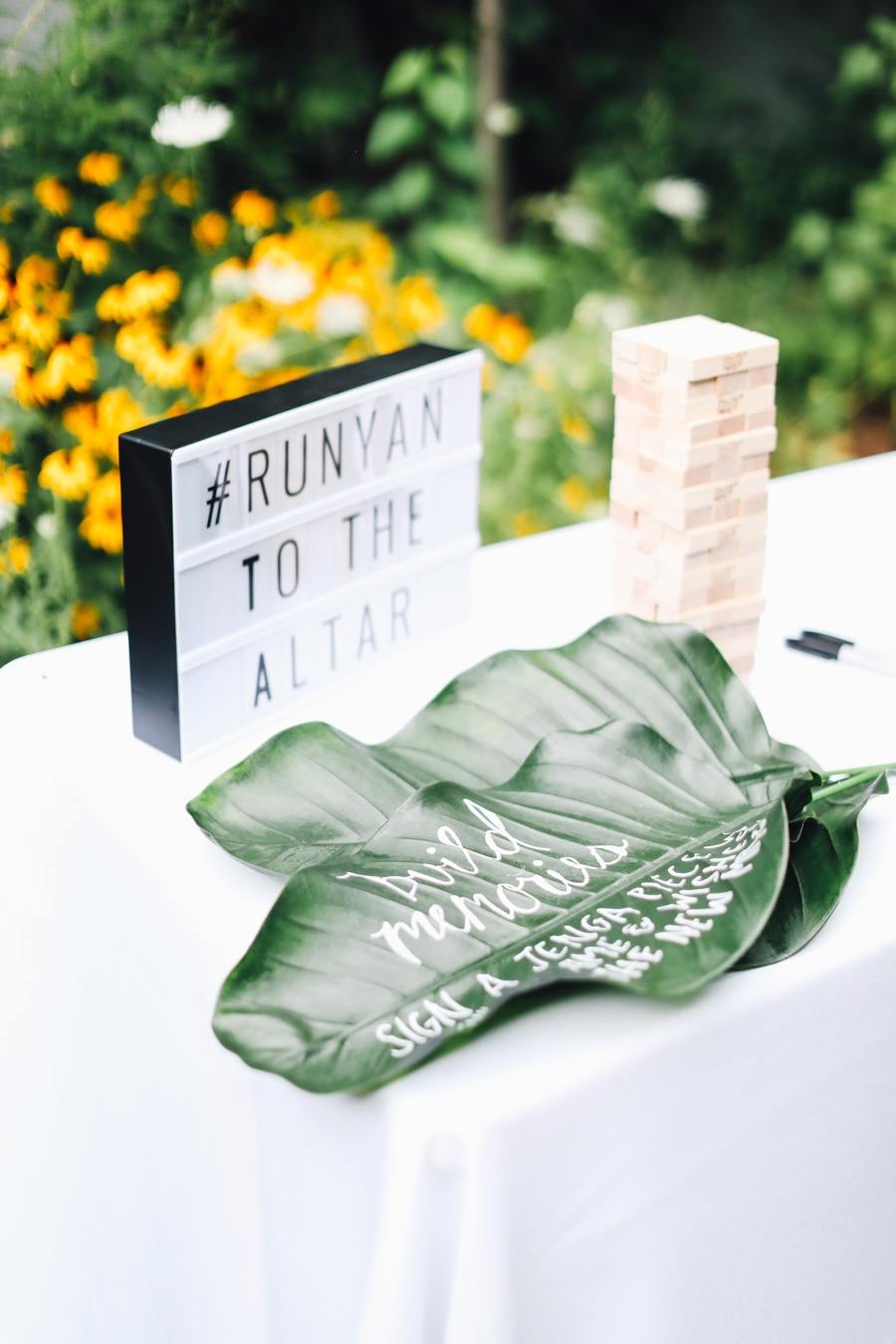 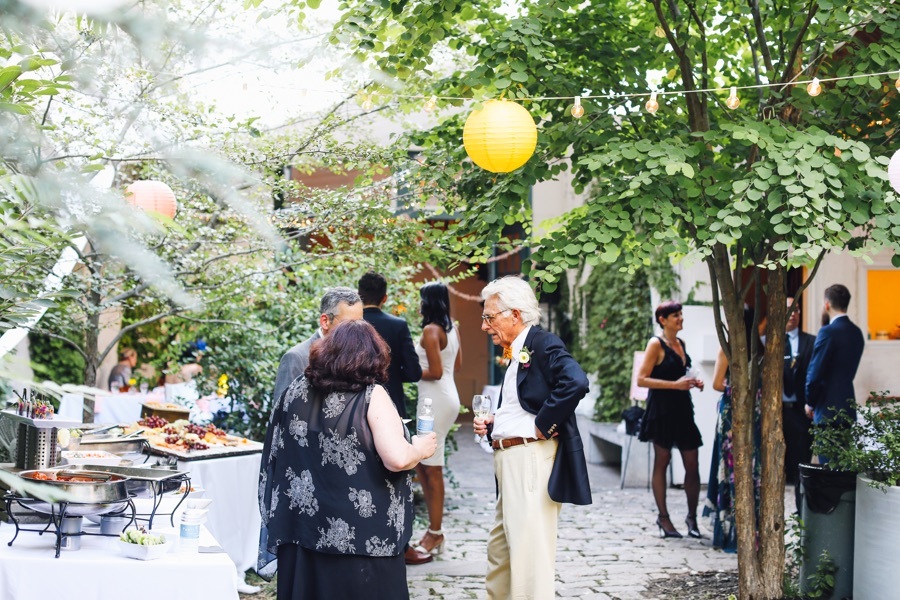 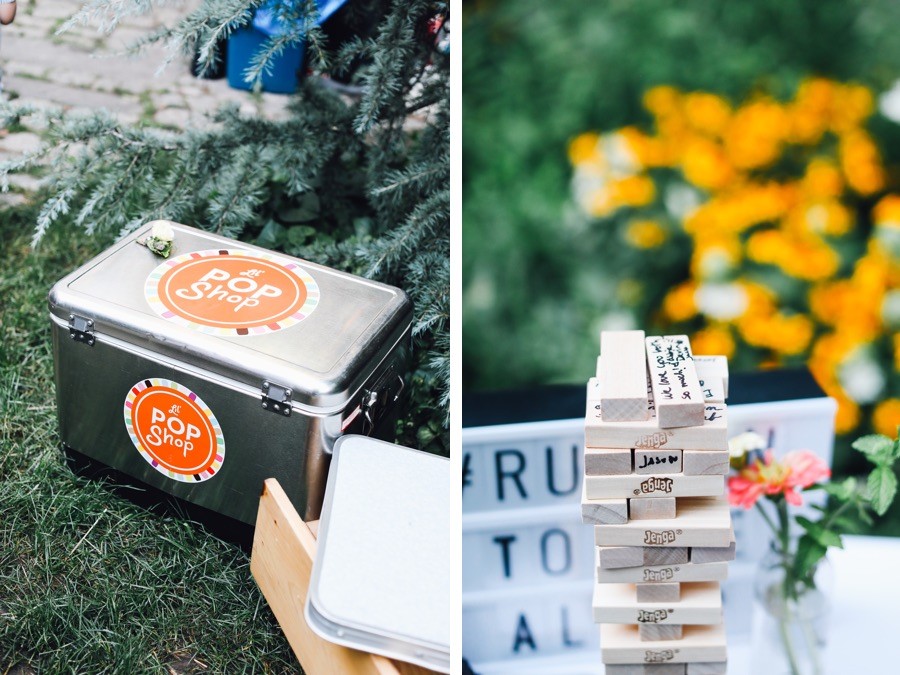 The couple capped their intimate summer wedding at 60 guests and went all in on a “tropical in the city” theme, with palm fronds, flamingo accents, and mini popsicles from Lil’ Pop Shop.  Shar’s mother helped with beauty prep — “There was no way I was going to let anyone else but her style my hair,” says the bride — and Ben’s sister officiated the ceremony. 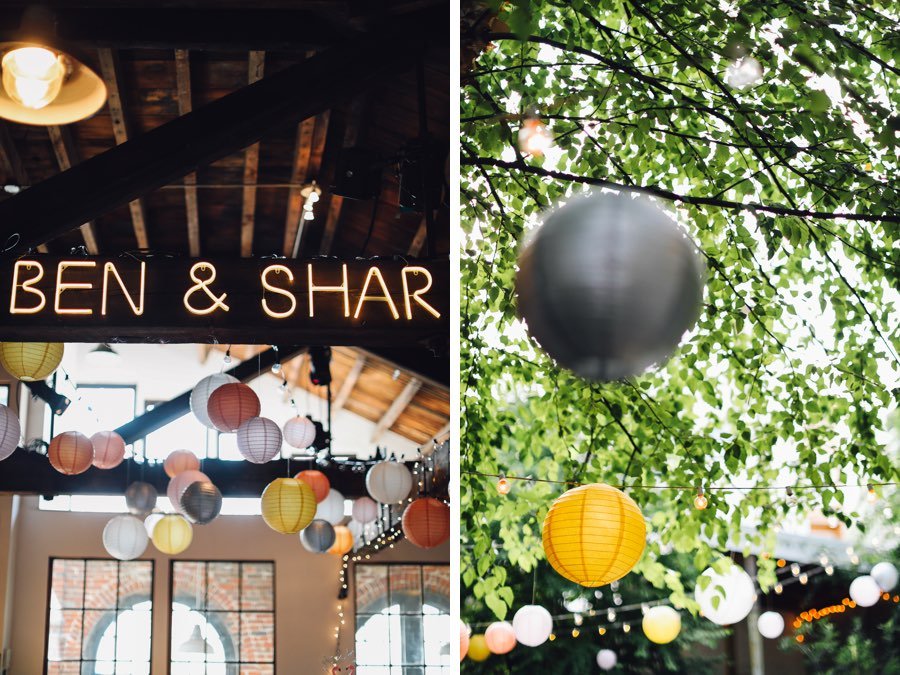 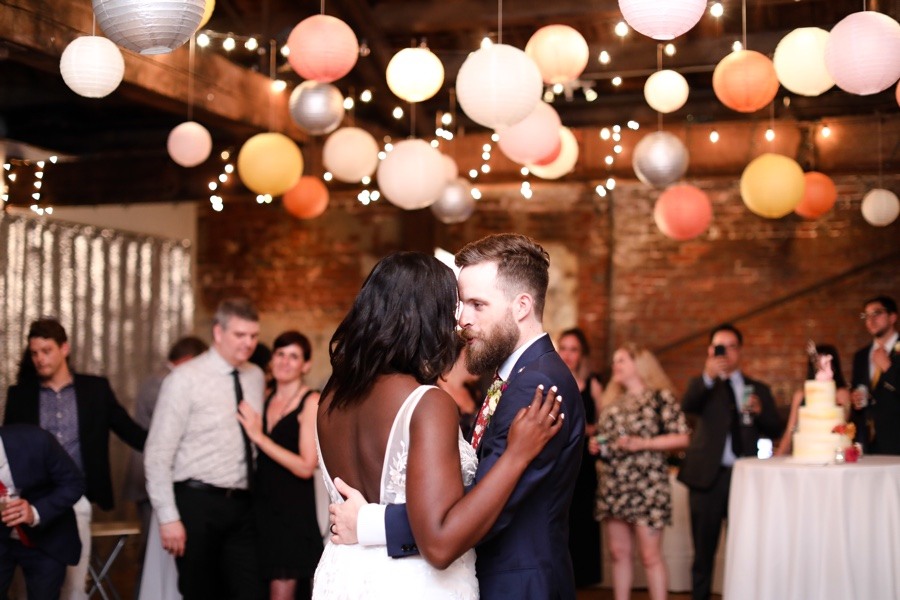 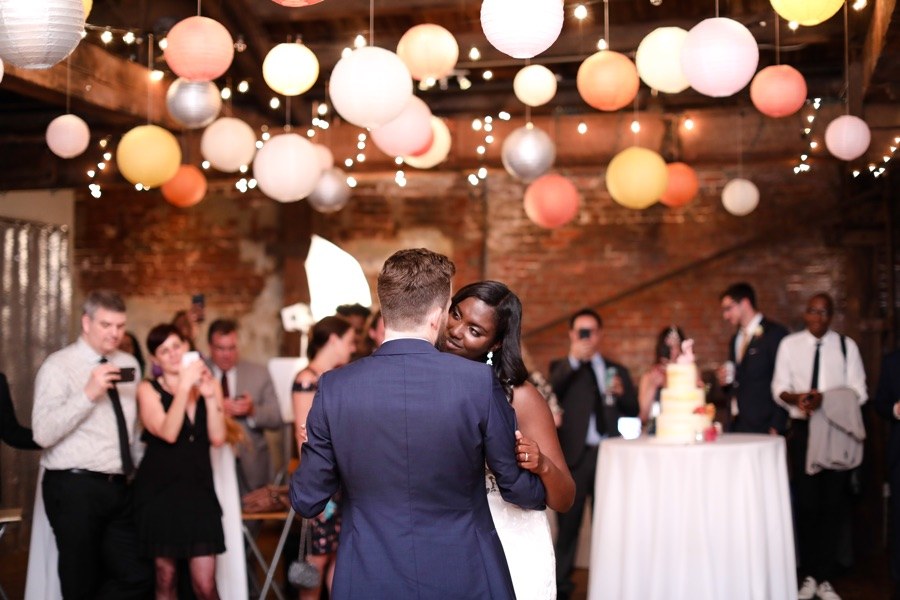 After Shar’s mom suggested they needed something to fill space on the venue’s wooden beam, the couple DIY’ed a neon sign using light-up letters from Amazon. Dinner stations included sliders, tapas and a taco bar. The evening’s signature cocktail was an aperol spritz. The head table was topped with twin flamingo marquee lights (another Amazon purchase) and locally grown dahlias. Two ceramic pineapple taper holders adorned the sweetheart table at the reception as a nod to sunny Charleston, one of Ben and Shar’s favorite U.S. cities and their honeymoon destination. 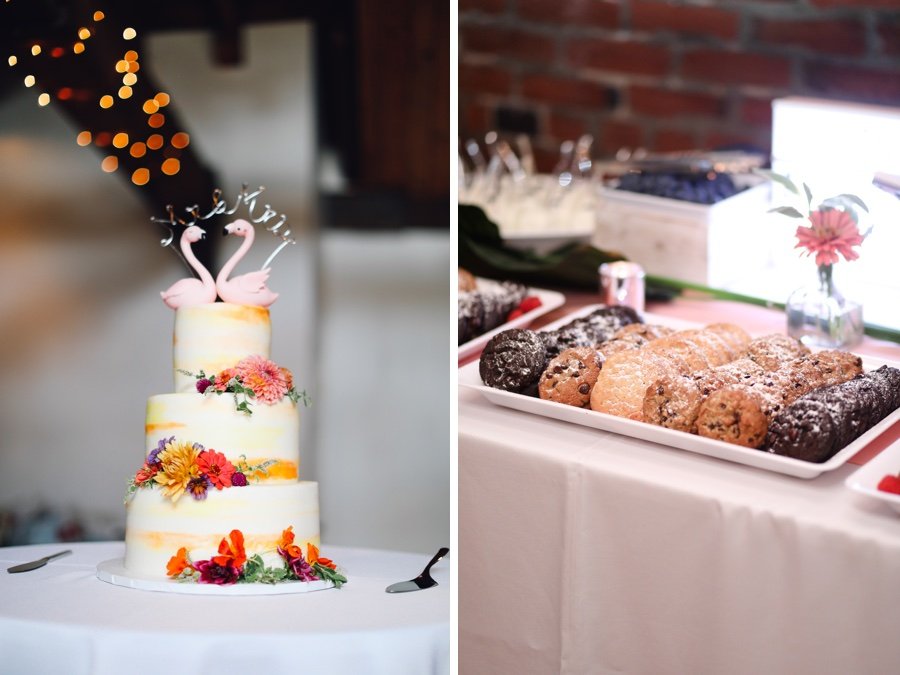 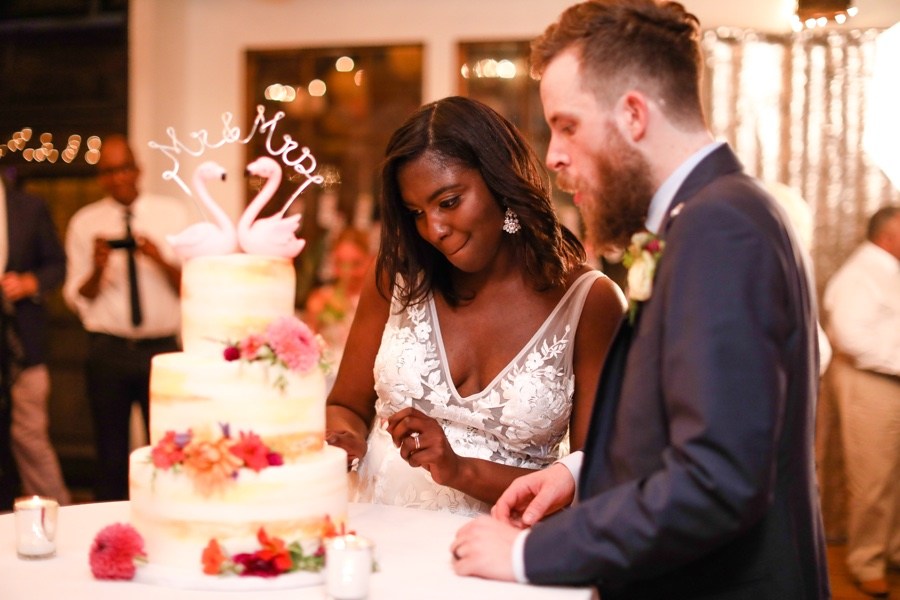 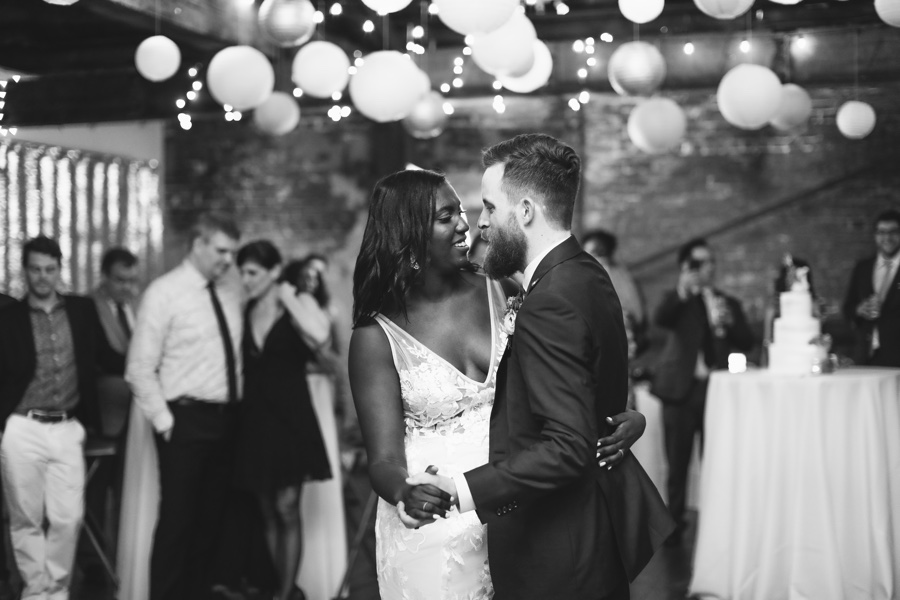 23 Wonderful Philly Wedding Planners to Dream Up Your Big Day