Candles Dominate the Decor at This Pretty Front & Palmer Wedding

And the brides wore rainbow shades for their Front Street portraits.

Philly couple Keri Denaro and Kelly Magrann hosted their rustic-meets-urban celebration at Front & Palmer in Fishtown, and it is one of the most gorgeous, romantic, and fun weddings we’ve had the pleasure of featuring. See all the highlights from their big day in shots captured by Sweetwater Portraits. 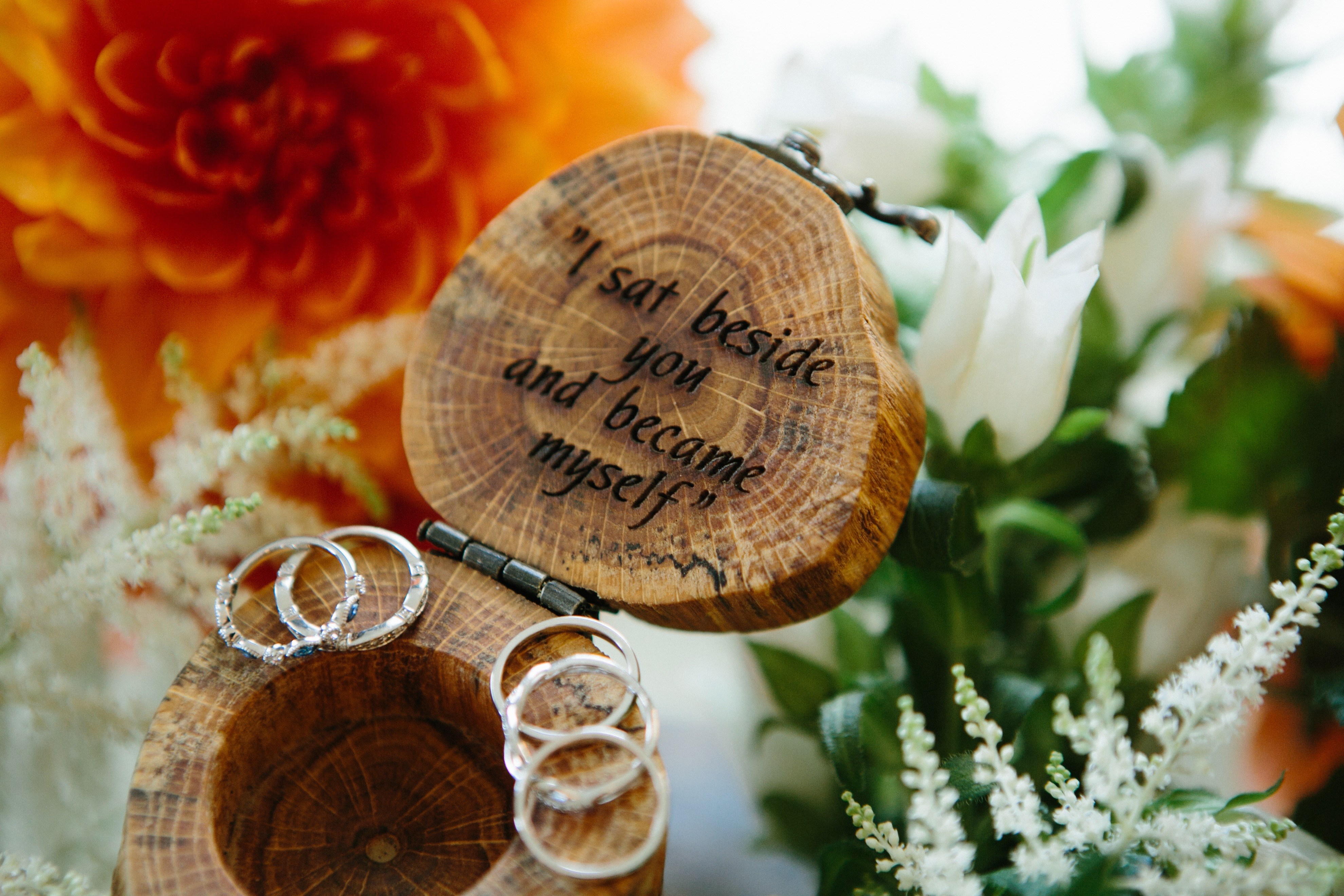 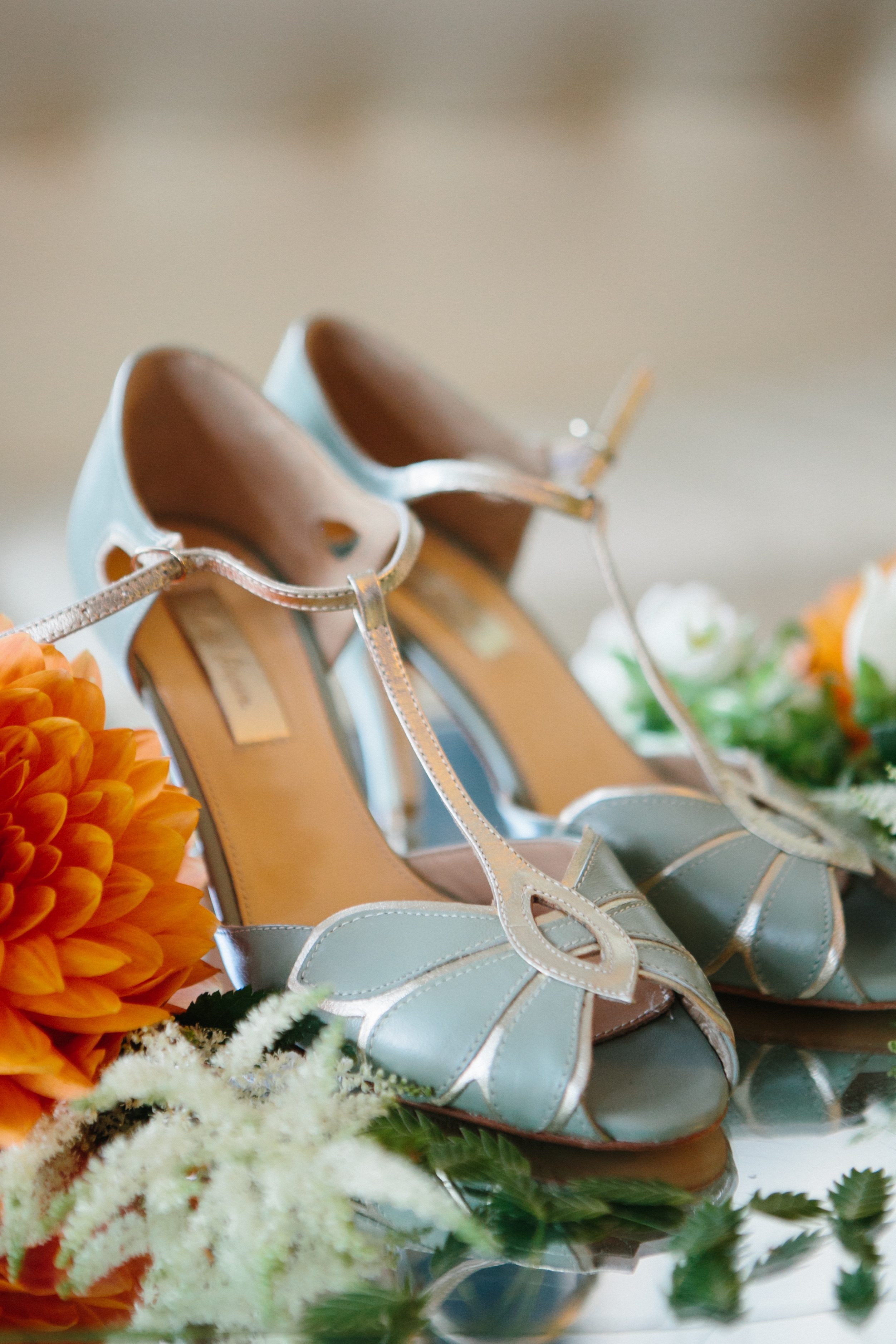 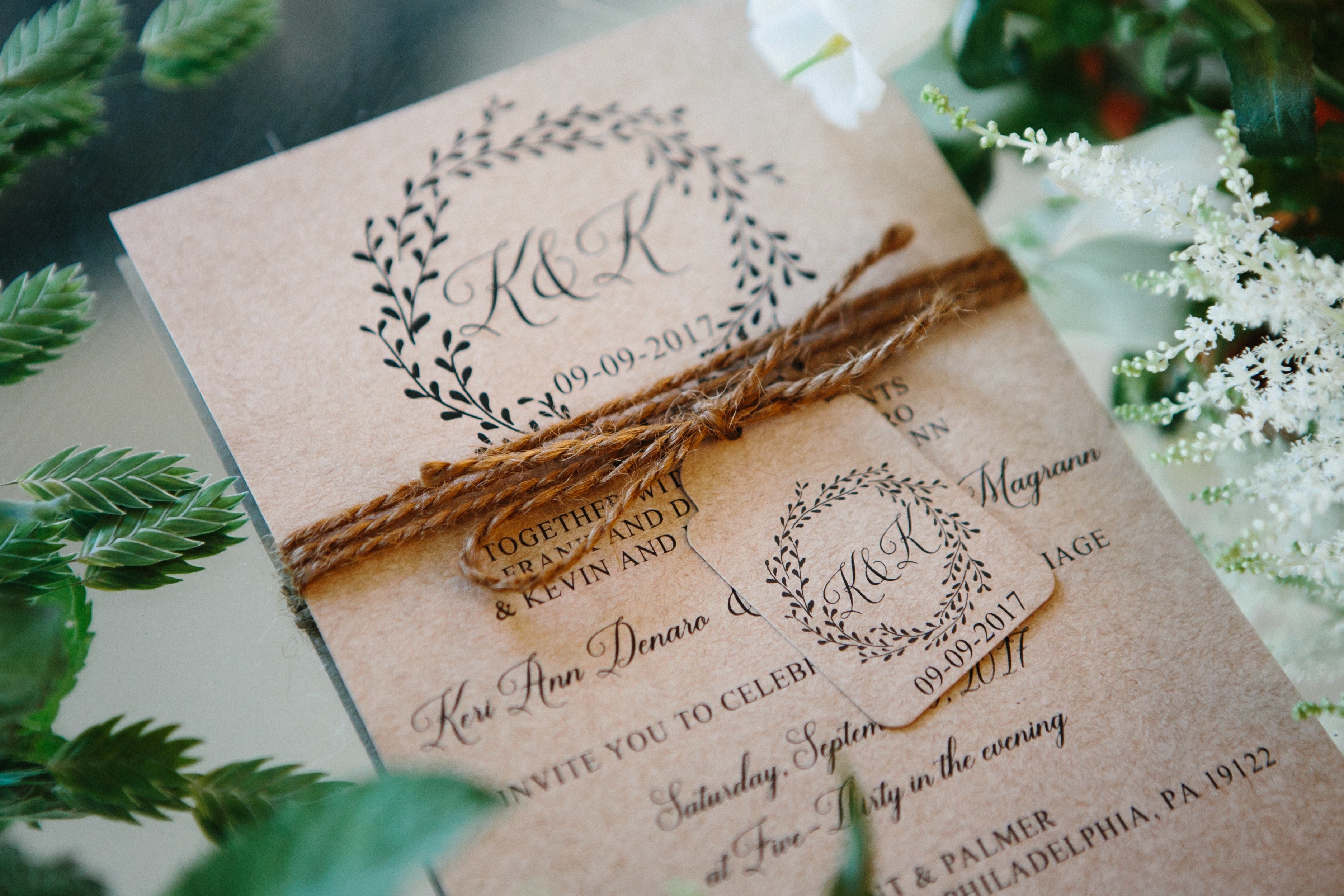 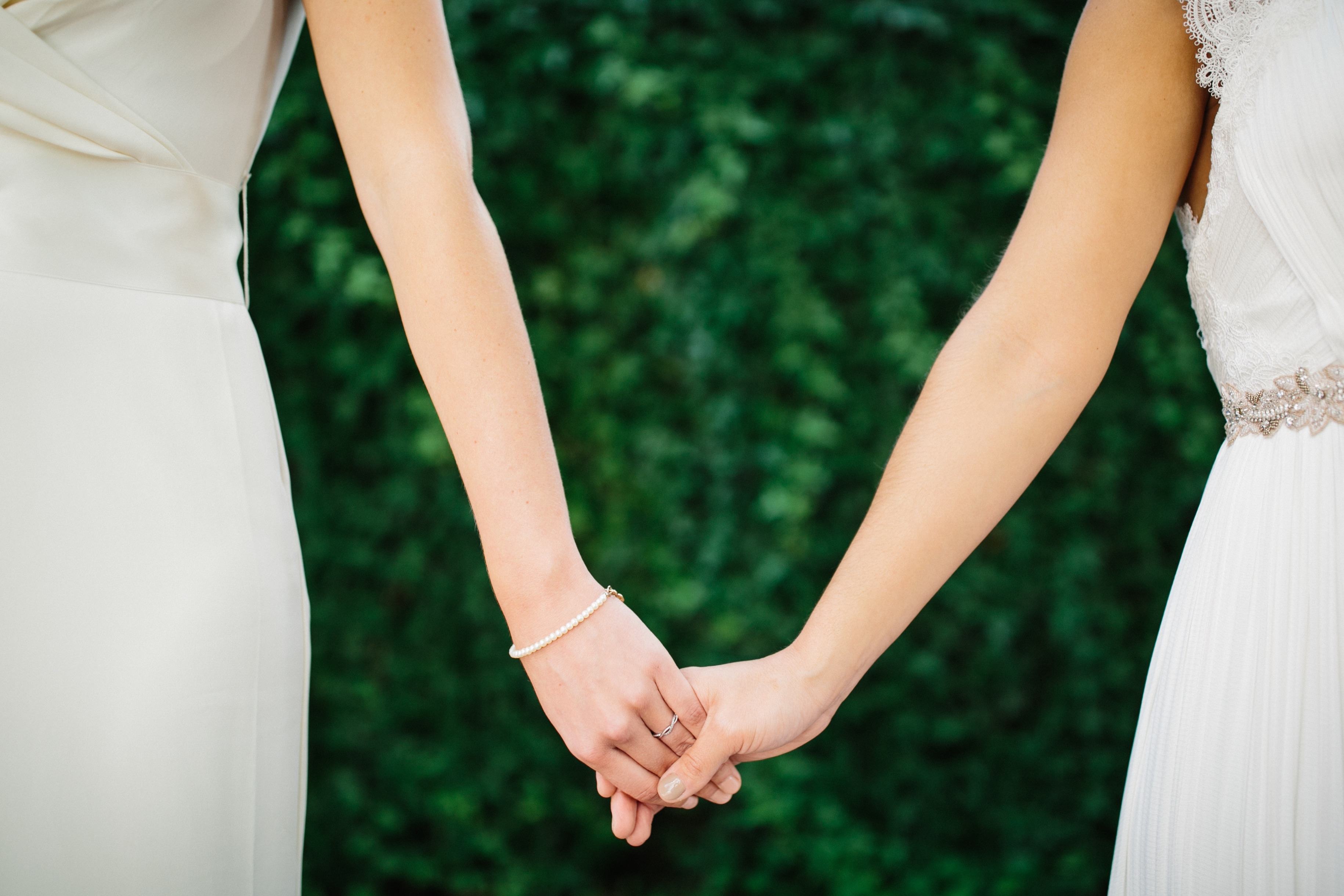 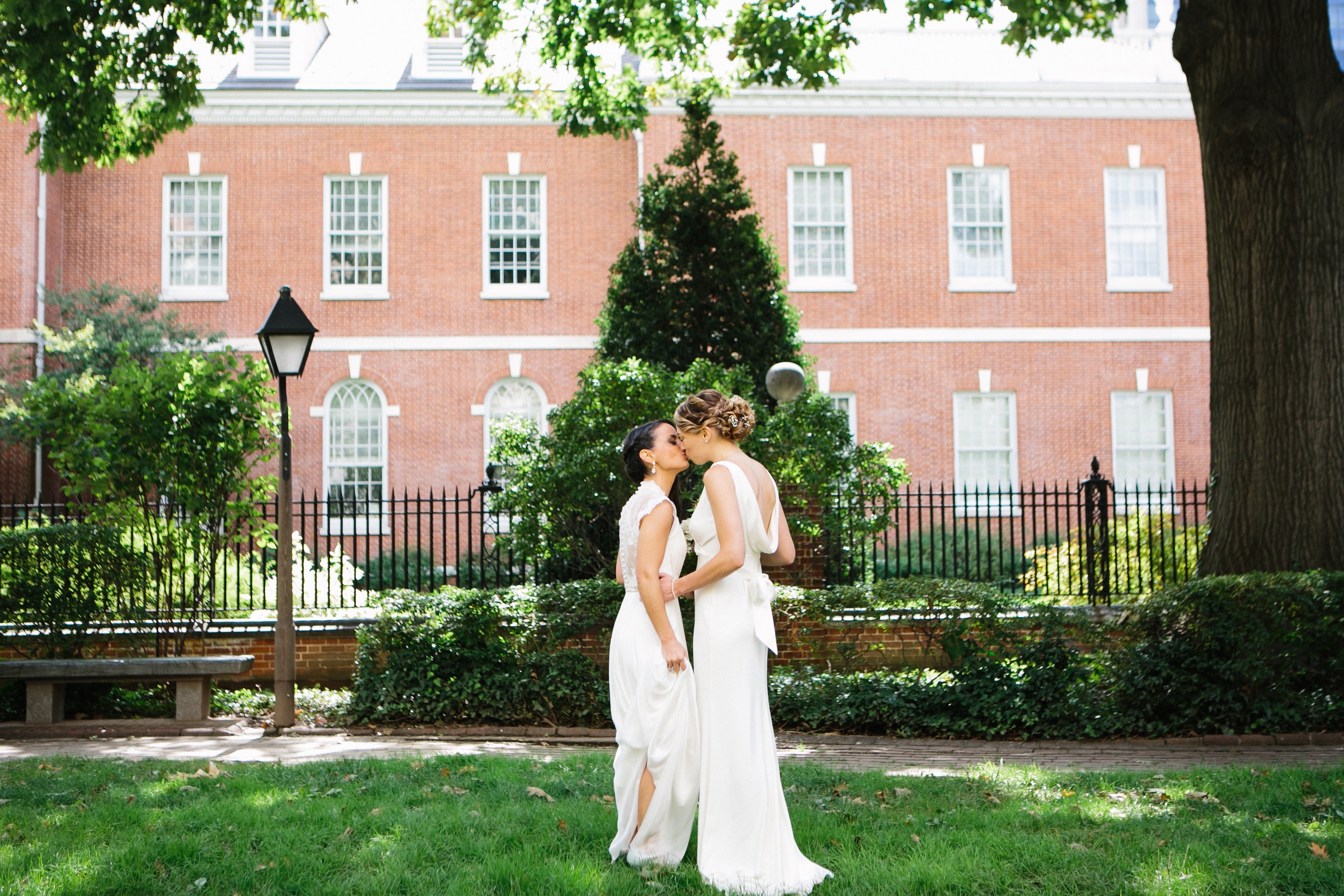 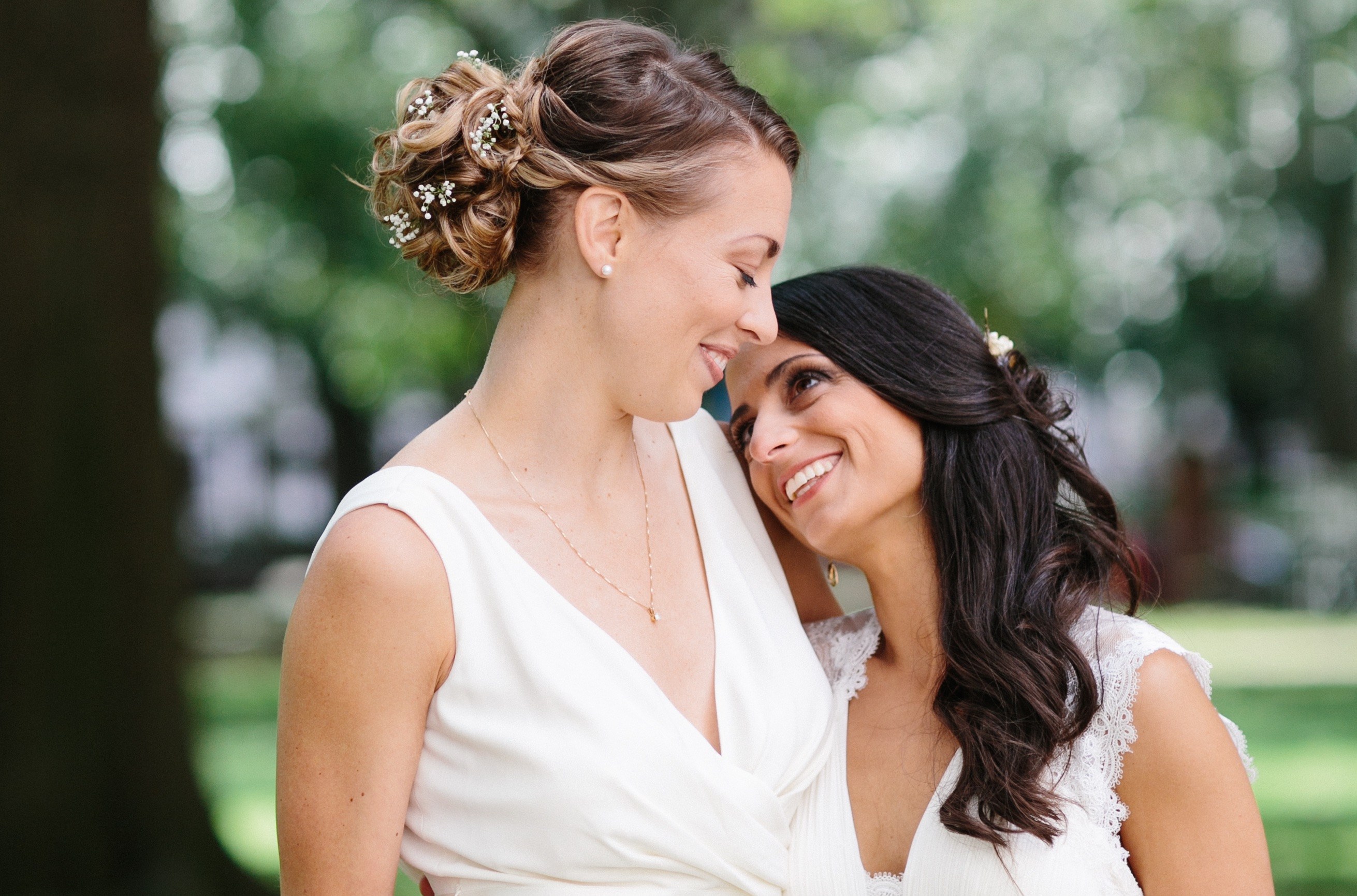 Keri and Kelly’s love story started the way all of the best romances do: on the first day of school. The two walked into grad school on the first day of orientation at the exact same time, and then sat next to one another in their first class. The two were both pursuing degrees in Physical Therapy at Arcadia University, and they instantly connected. Kelly remembers Keri being endearingly awkward, and firmly and formally shaking her hand in a way she found charming. Keri says, “Kelly was so easy to talk to right off the bat. Even though I had just met her, I felt like we had already known each other for years.”

The two both love sports, so naturally their first date was at an Eagles game. Keri is from Staten Island, New York, and describes herself as a “suffering NY Jets fan” while Kelly, originally from Sinking Springs in Pennsylvania, is a die-hard Eagles fan. They went to a pre-season game and had the time of their lives—though it’s best for the couple to not talk about who actually won that game. “Who won is not important. We’ll leave that detail out,” Keri says jokingly. But regardless of the outcome, the game was a success: they happily dated for five years before returning to the state where they took their first trip as a couple, Colorado, for a proposal Kelly had secretly been planning. They visited Kelly’s brother in Denver and then hiked to a summit in Boulder, aptly called “Realization Point.” Kelly was so excited she almost slipped on the side of the mountain, but she caught her footing. Once they reached the top, they stared blissfully out at a lookout point over beautiful snow-capped mountains. In that moment, Kelly got down on one knee and asked Keri to marry her. 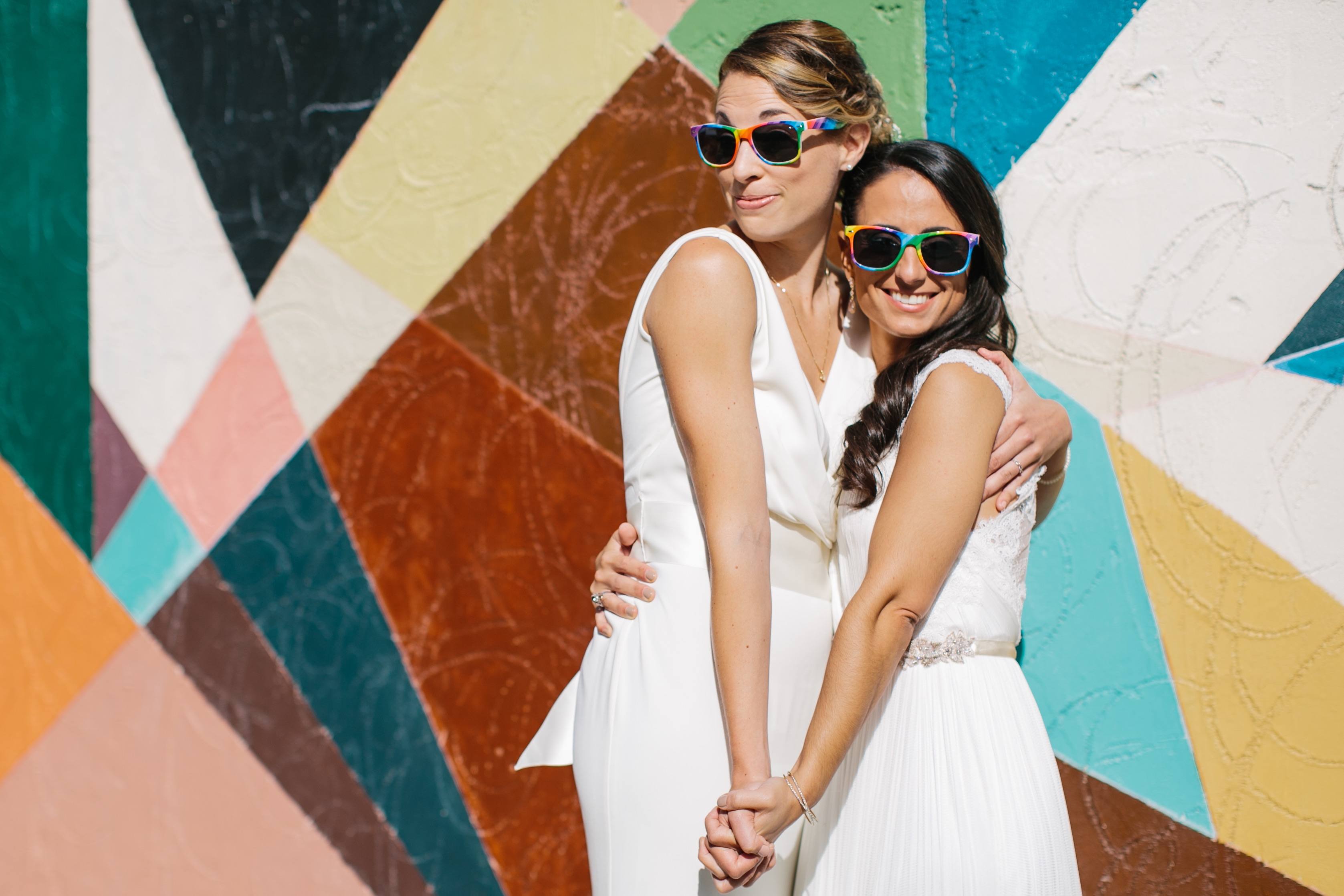 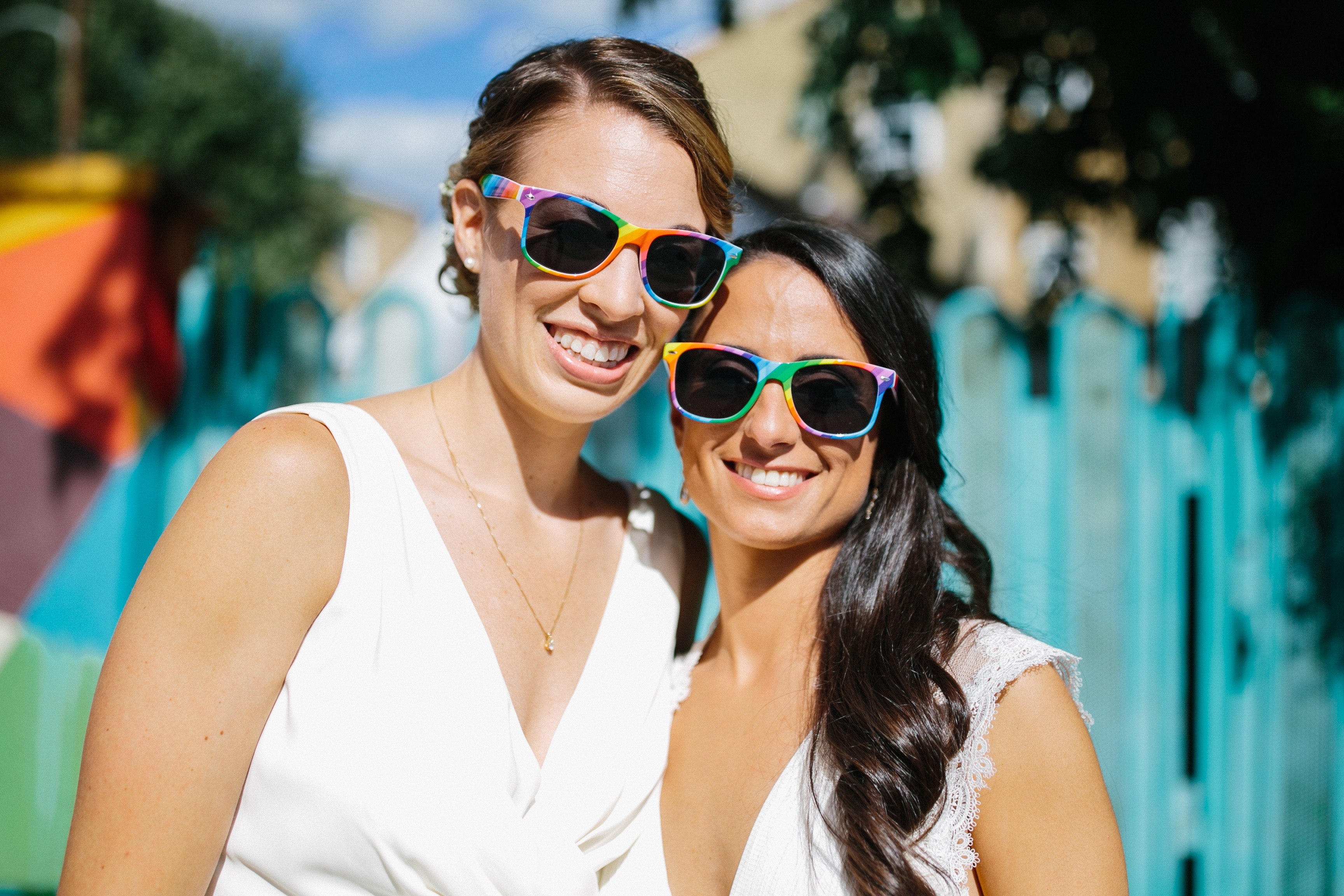 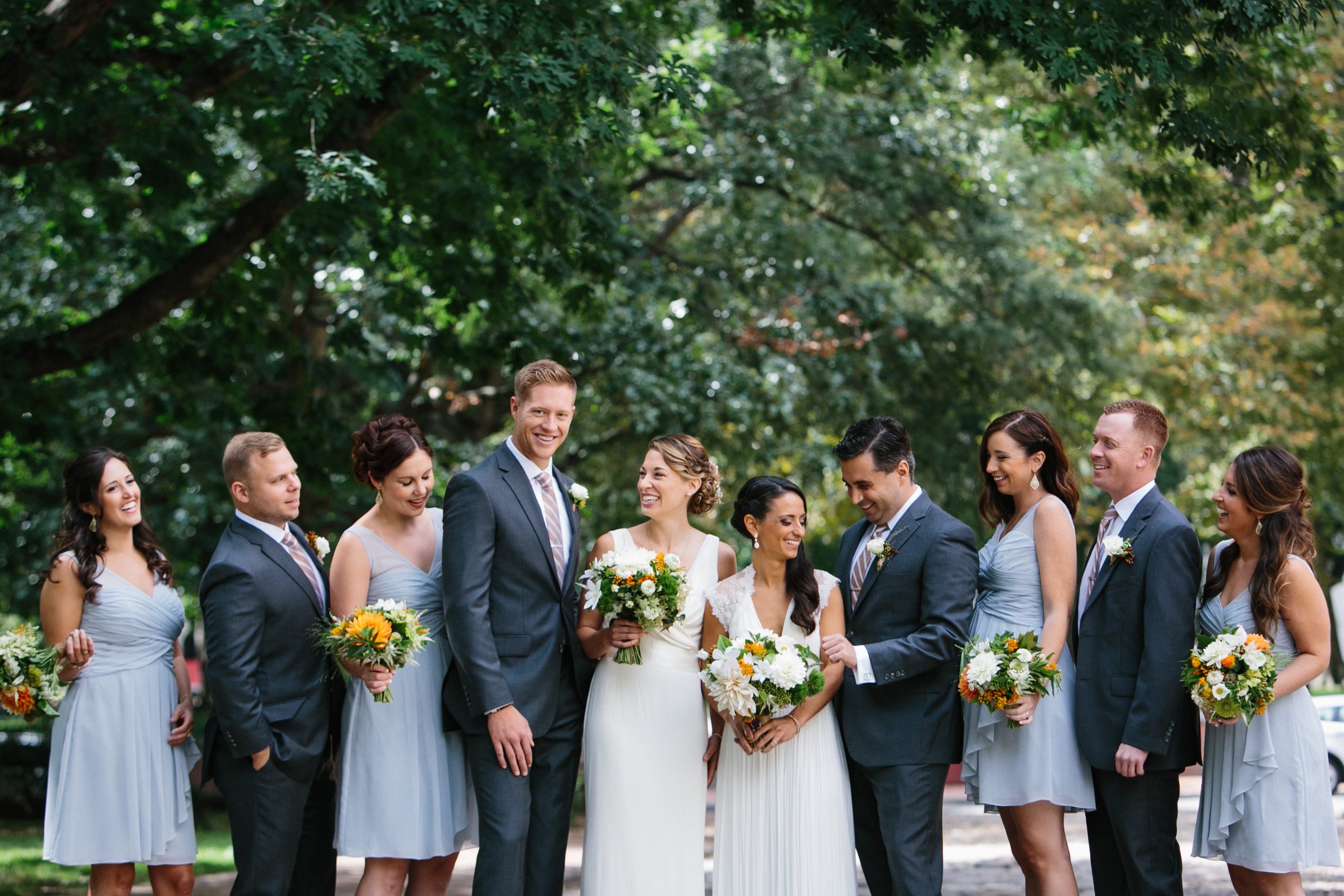 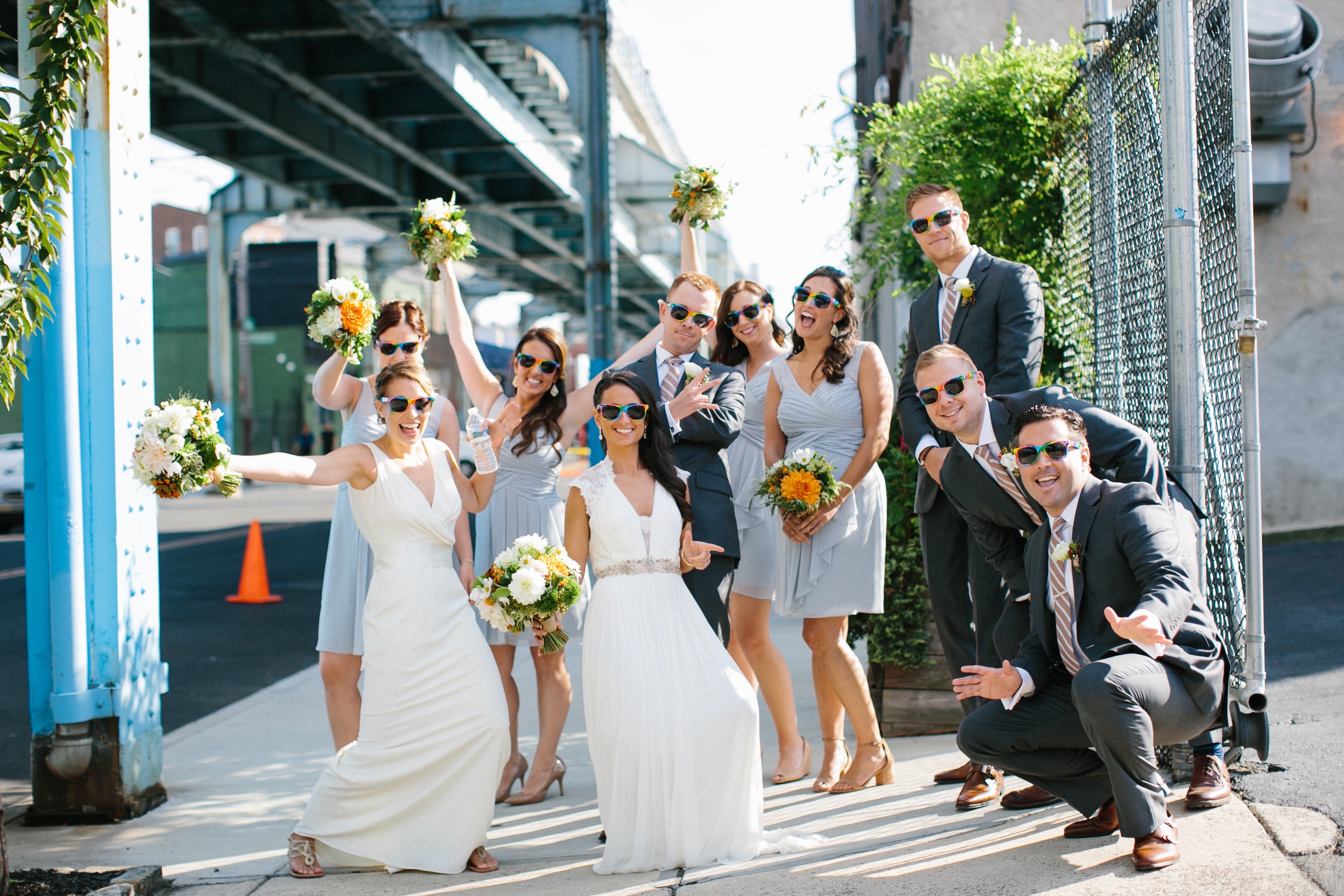 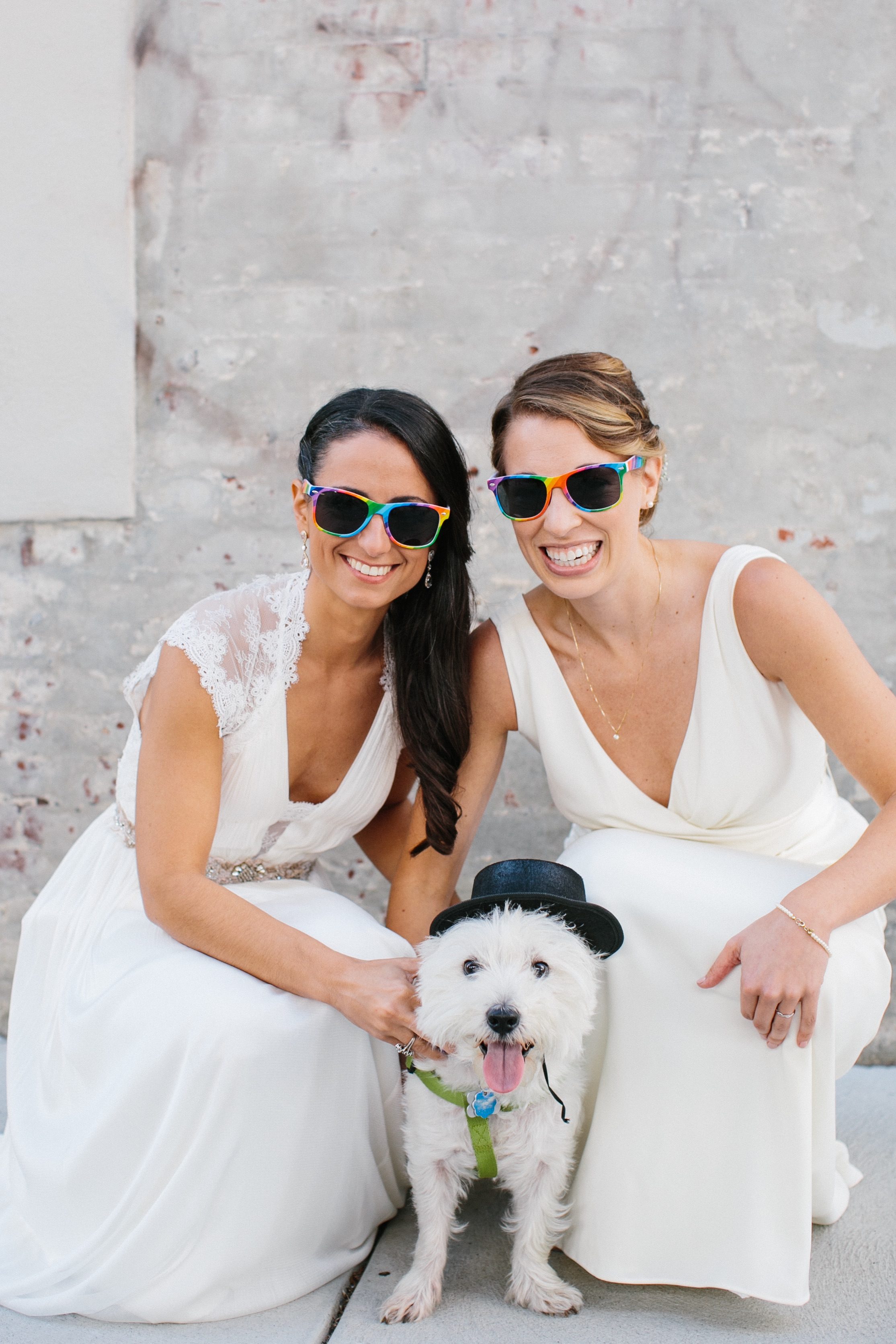 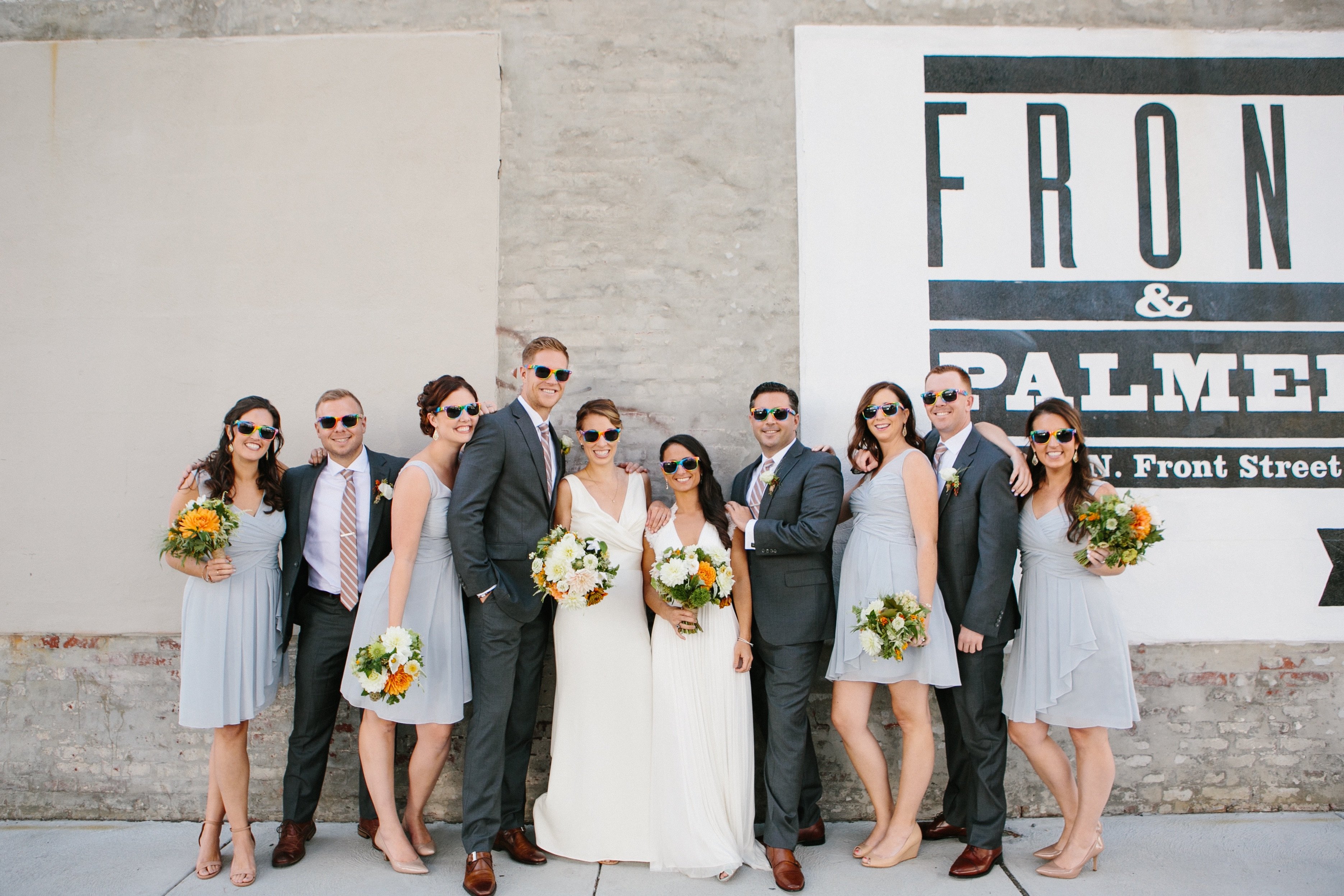 After a year-and-half engagement, the couple wed before 170 guests in a beautiful ceremony at Front & Palmer, but not before they headed out to Front Street to take a few fun portraits with their bridal party and their West Highland terrier pup, Harvey. Wanting to evoke the look of wildflowers, the brides carried white and orange bouquets of dahlias and zinnias. The reception decor was simple, minimalist, and driven by warm lighting. (An array of candles and lanterns created a cozy and intimate atmosphere.) Keri, who had been learning woodworking, crafted the table numbers as well as the stand for the seating cards, which were hung with rustic twine and clothespins. Simple ivy leaves were used as centerpieces.

To Keri and Kelly, their first dance was especially meaningful. “It felt good to finally stand in front of all of our family and friends for the first time as a married couple and show that love is love,” says Keri. Their song, “I Belong To You” by Brandi Carlile, was equally meaningful. Keri explains: “Brandi Carlile is our absolute favorite artist. She is an amazing singer/songwriter and we are proud to admit we have seen her in concert well over 10 times. Brandi is also married to a woman, has a family, and is an activist for women, LGBTQ, and human rights.”

Another special dance floor moment came when the brides had both a father-daughter and mother-daughter dance with their respective parents to show their appreciation and love. “Our parents are amazing people and have supported us not only throughout the wedding process, but also throughout our relationship,” Keri says. “Their love and support means more to us than any gift ever could, and we know how lucky we are to have such fiercely supportive parents.” 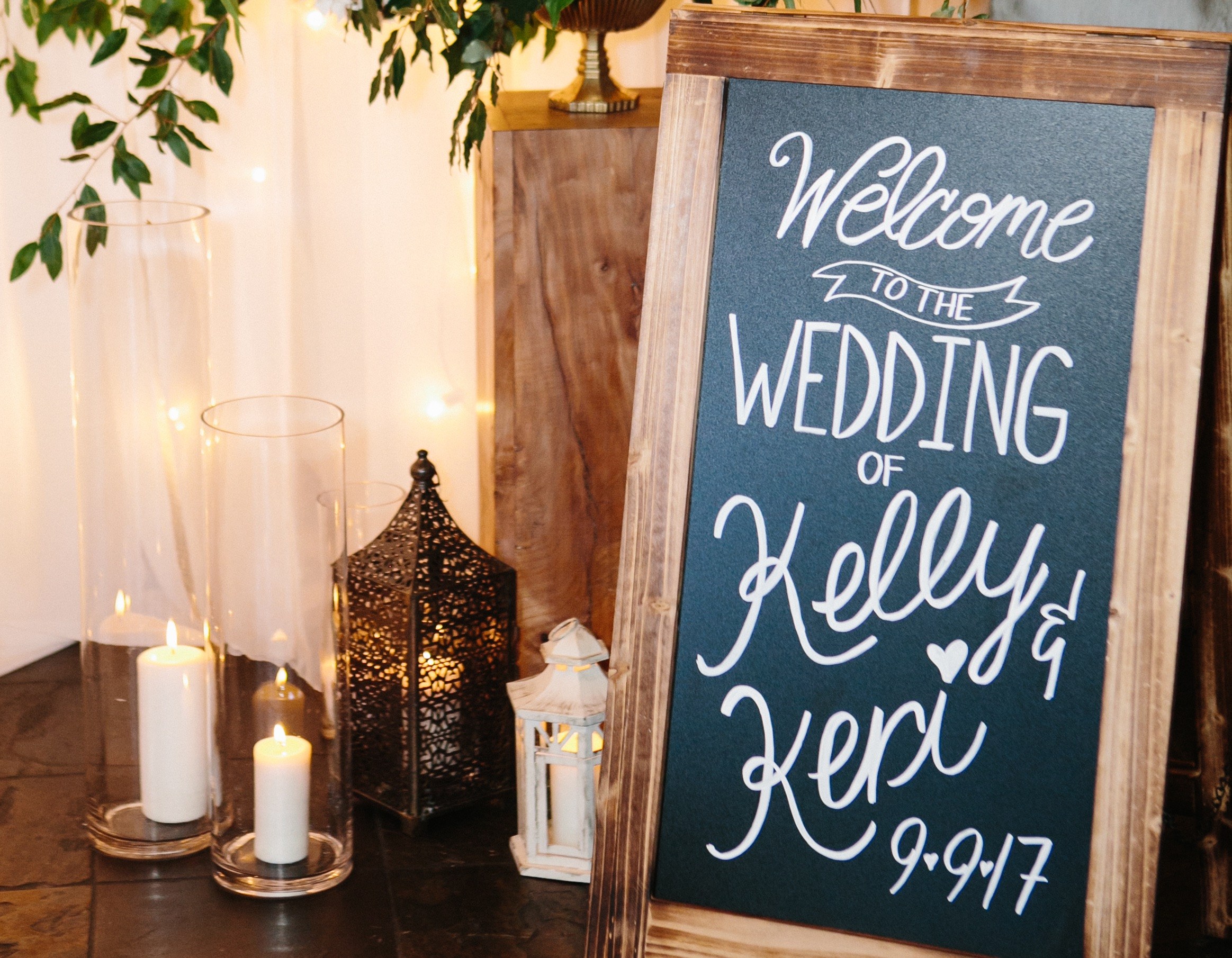 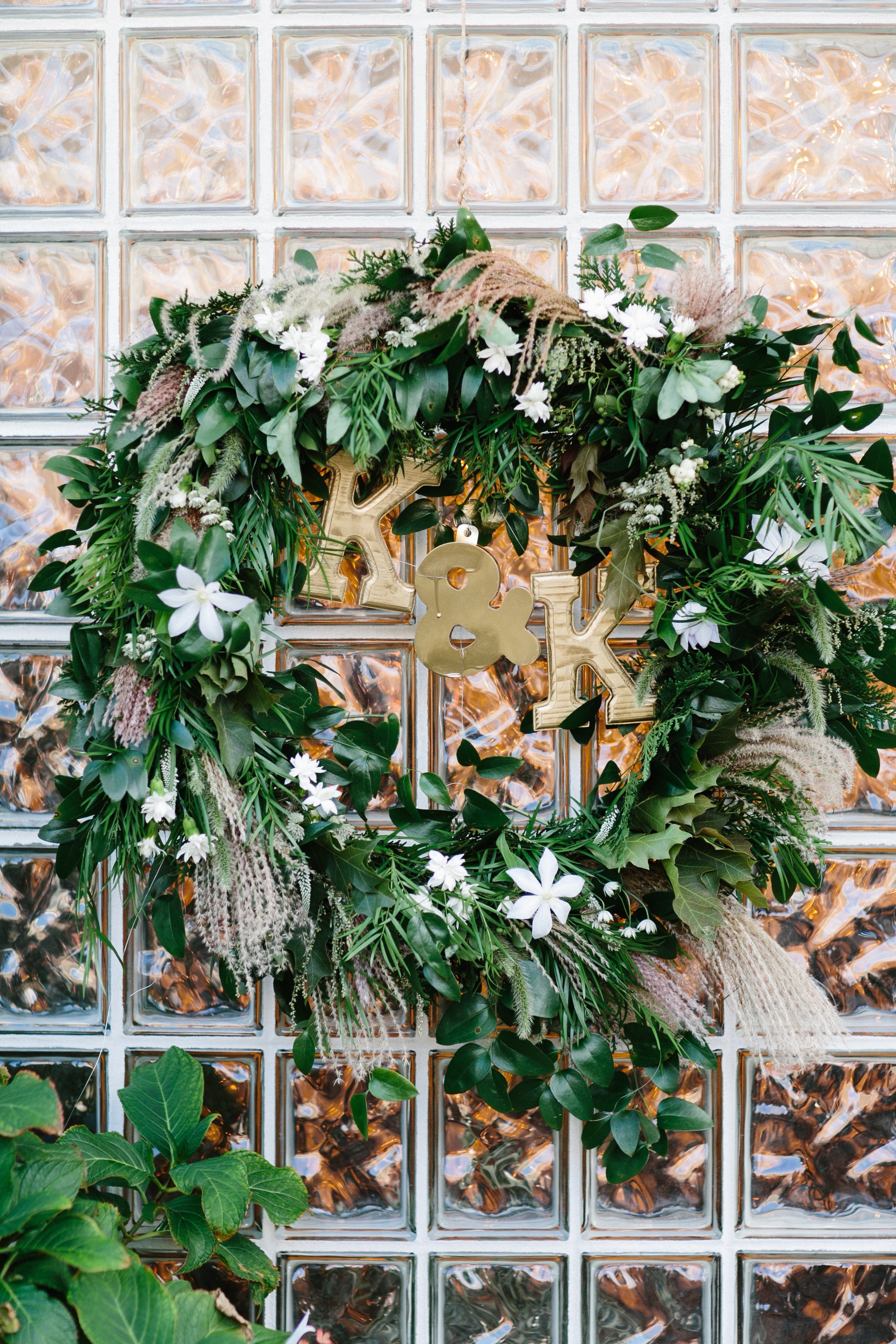 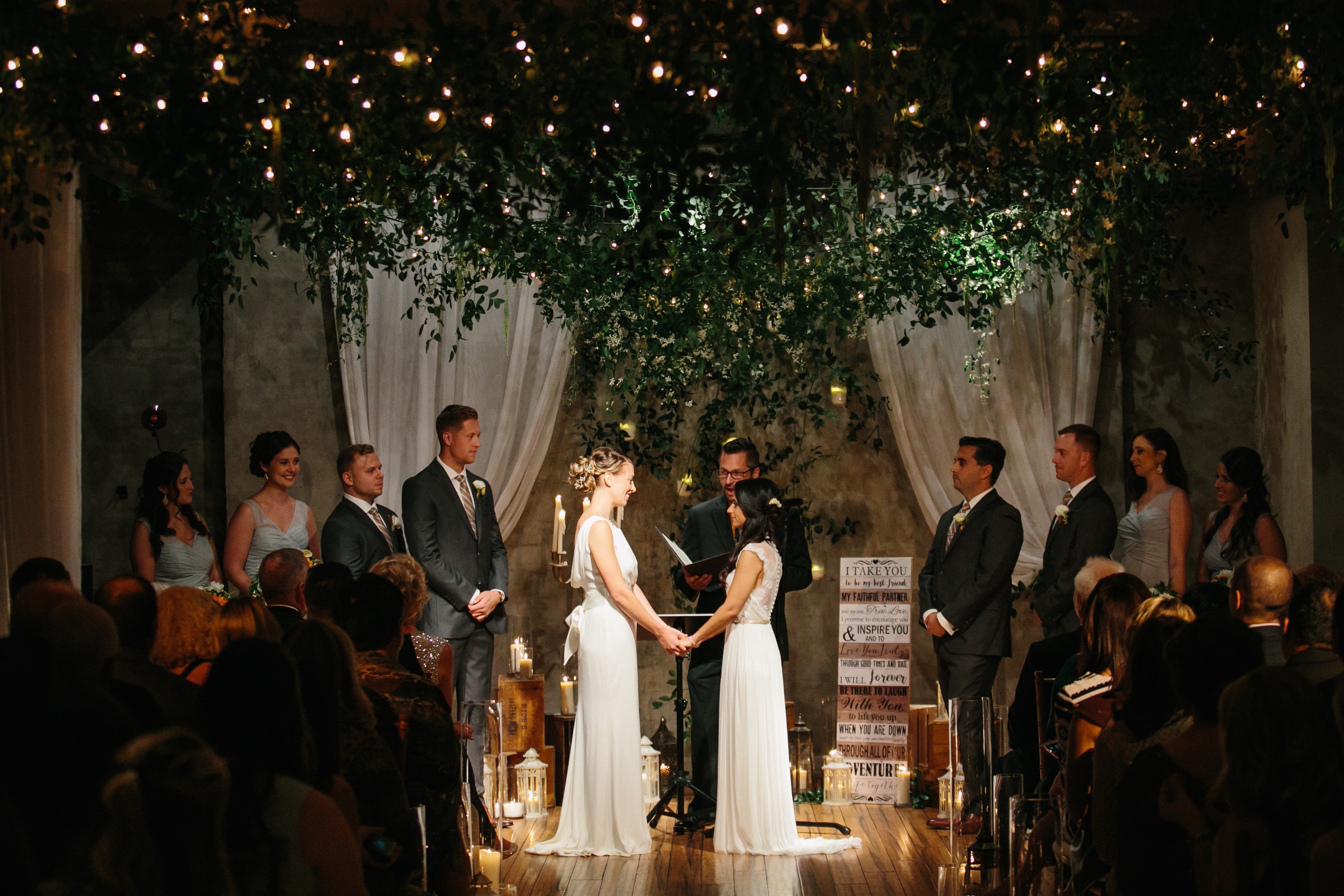 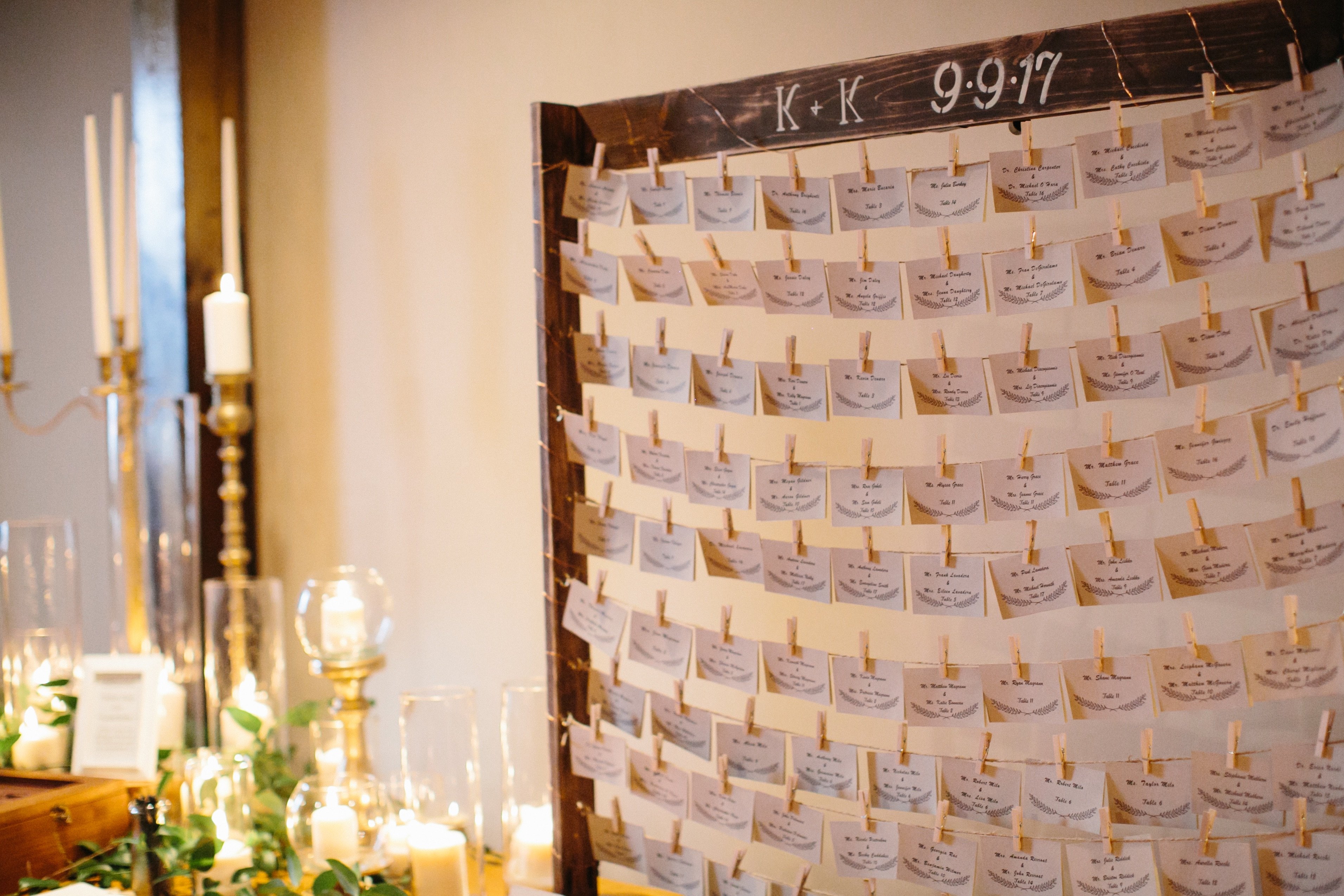 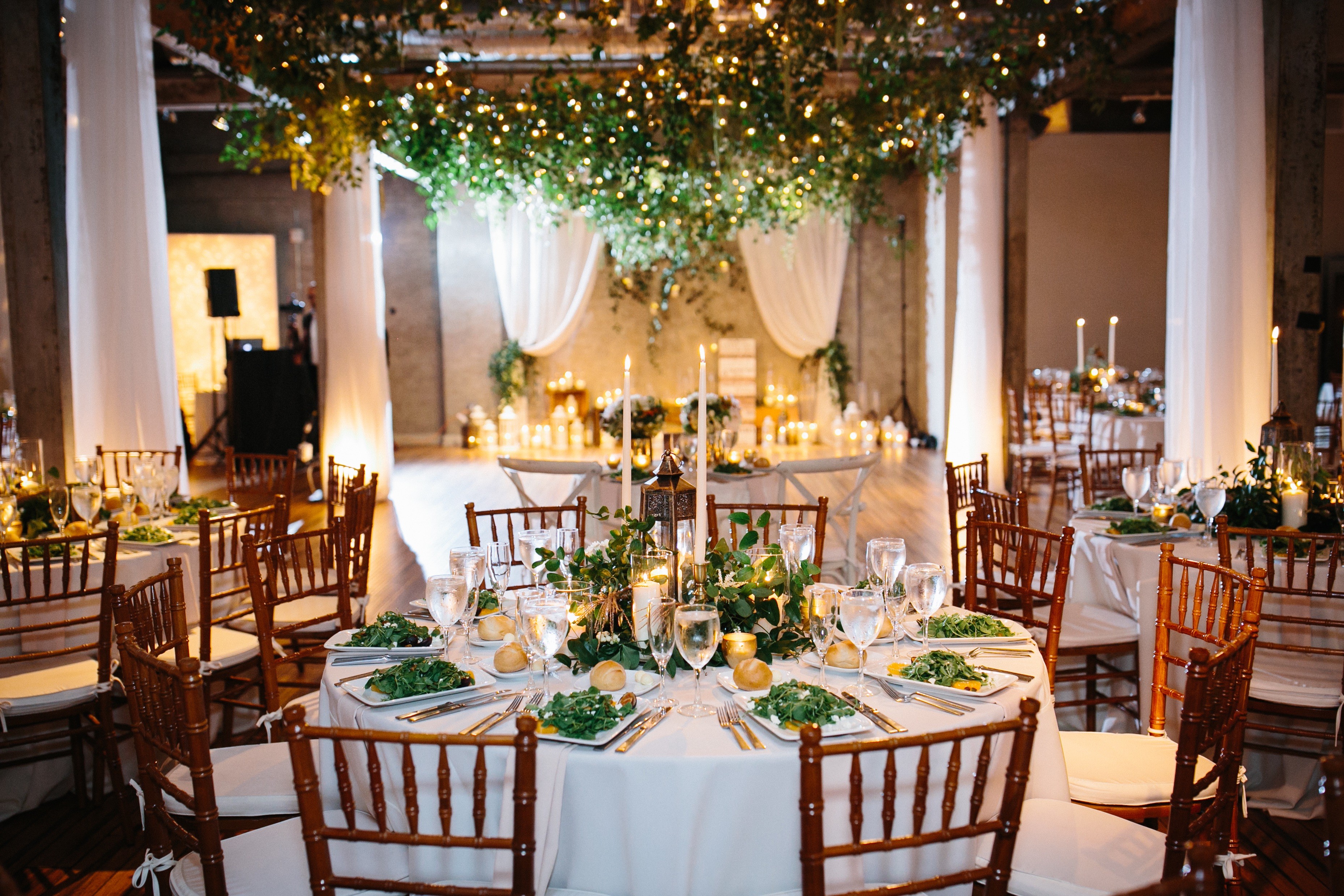 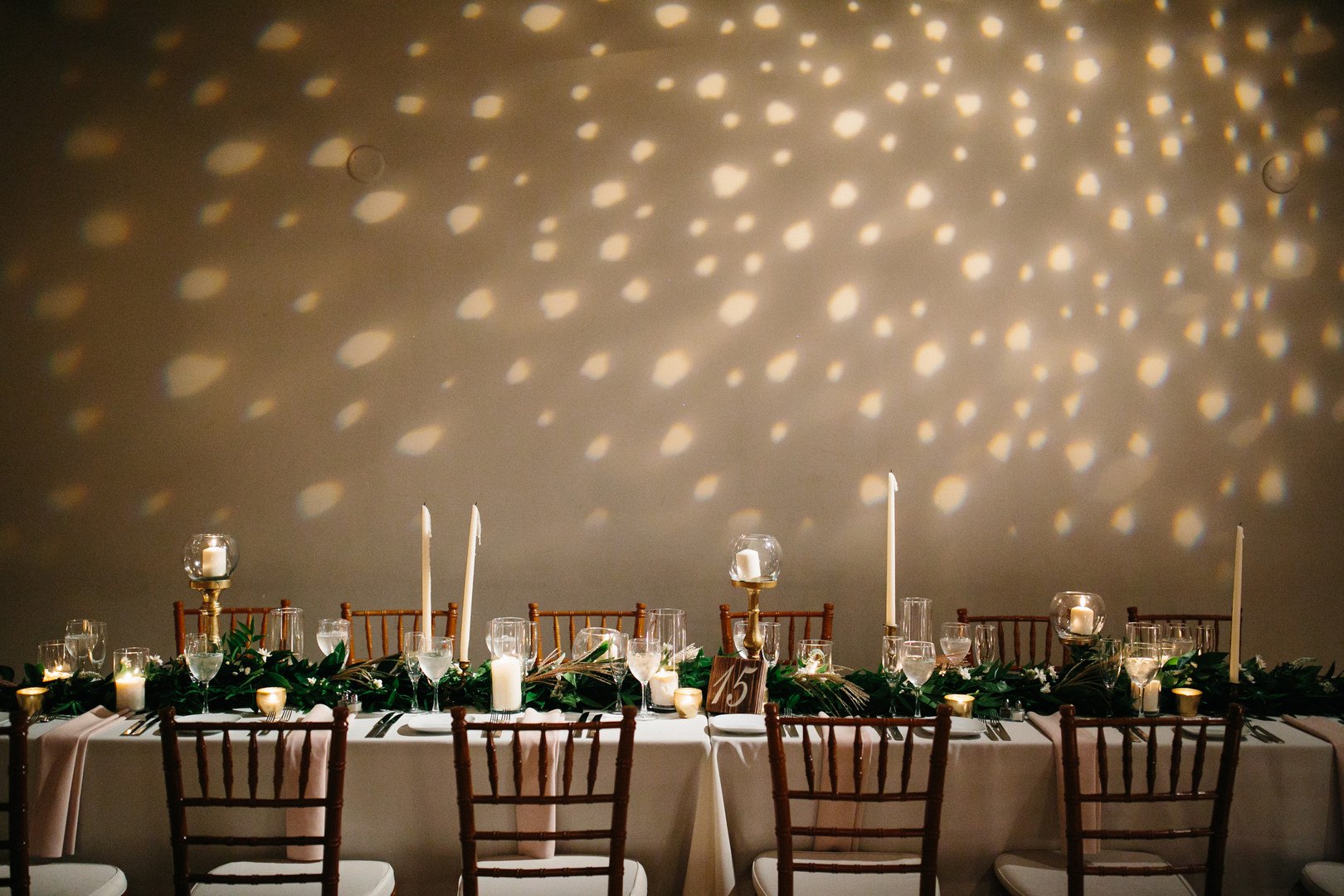 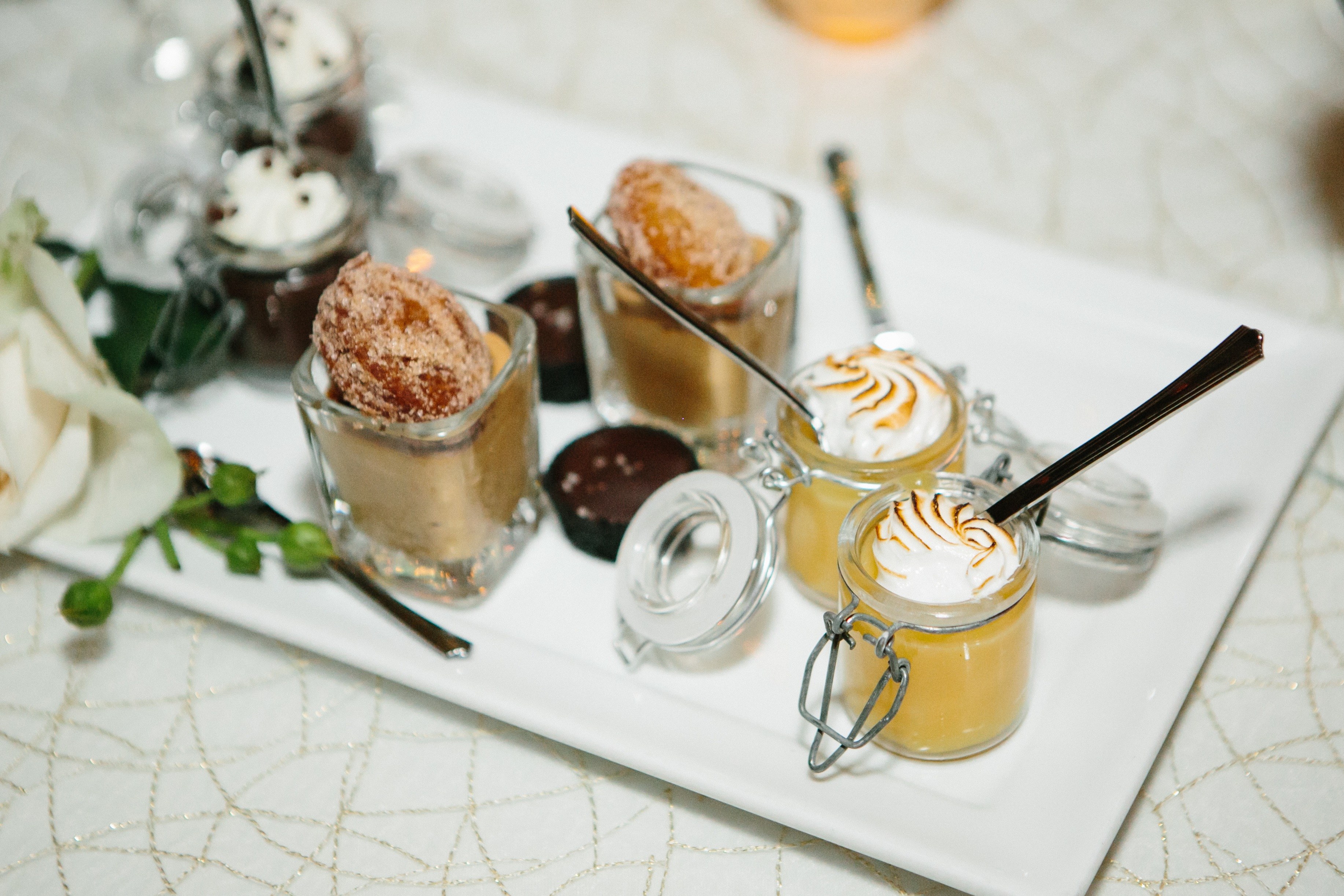 The guests spent the evening enjoying the festive atmosphere, and noshing on delicious appetizers like asparagus tartlets, peking duck buns, and mini lamb chops. For dinner they feasted on entrees like braised beef short ribs, smoked salmon with edamame risotto, and mushroom cannelloni. In lieu of a traditional wedding cake, the couple opted for smaller pass-around dessert options from Feast Your Eyes Catering. Following their wedding, the newlyweds headed on a two-week European jaunt to visit Iceland, Germany, Austria and Portugal for their honeymoon.