A recent campaign ad on social media has Black people comparing the ShopRite owner to "Big Ma" and God — entities he shouldn't strive to be as a rich white man. 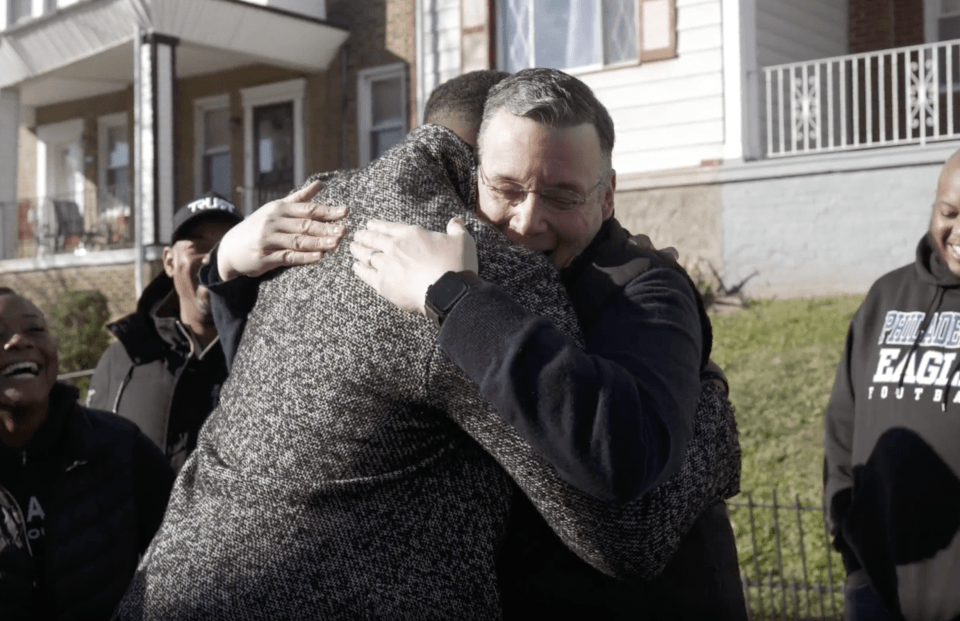 “People of color, especially Black people, have been my life’s work.”

That was the response ShopRite proprietor turned mayoral candidate Jeff Brown gave during a candidate forum earlier this month after facing backlash about his alleged “white-privilege wealth.”

At first, I thought the statement was tone-deaf. What kind of white man would describe a group of people as his “life’s work” as if they’re some type of passion project? There’s something cringey and performative about the sentiment. In good faith, one can presume Brown was trying to suggest that he’s passionate about helping marginalized people. But often, it’s not what you say, but how you say it.

It would take another problematic move from Brown to confirm my suspicions about his campaign: He’s running as Philadelphia’s white savior.

Over the weekend, Brown released a new campaign ad on social media depicting him in a neighborhood with Black Philadelphians. In the one-minute clip posted on his official Instagram page, Brown is compared to “Big Ma” and God as he’s hugging a younger Black man and then hearing a soulful church hymn from an elderly Black woman.

Fortunately, I had the footage saved for the public to see it. pic.twitter.com/01SPkU6Jau

“In our communities, we have people called grandmoms. We call them ‘Big Ma,’ where they can give you a hug or give you a meal,” says a younger Black man who opens the clip. “And that’s the kind of energy that Mr. Brown gives off.”

“One thing about God is, He’s always going to have your back no matter how hard it gets, and so will Mr. Brown,” the same man says later, this time alongside Brown on a street corner with a group of Black Philadelphians. “And I thank you for being a like-image.”

The two men eventually dap up and exchange a warm hug as Brown tells his admirer — worshipper? — he loves him. The others in the crowd — all Black — clap.

The ad ends with a scene of an elderly Black woman holding Brown’s hands and singing a spiritual hymn as other Black Philadelphians admire the exchange in the background. The entire ad is framed as a “love letter” from Brown to Philly. If this is how he defines love, then return that letter to the sender.

In all of my years of covering political campaigns, I’ve never been more offended and infuriated. Sure, I’ve seen lots of problematic ads (such as the very cringey Dr. Oz crime ads attacking John Fetterman), but this hit differently. Jeff Brown used vulnerable Black Philadelphians as props to position himself as a God-like savior for my community.

Brown is a rich white man who’s profited from having his ShopRite grocery stores in predominantly Black food deserts. His new ambition to run for mayor is the epitome of the white savior complex. For a successful entrepreneur to describe people of color as his “life’s work” comes off as transactional now that he’s flexing such “service” in his campaign.

Jeff Brown will never be a Big Ma. The God I believe in will never be a rich white man who comes to Black neighborhoods and films the community inflating his ego and singing his praises. Big Ma is a selfless beacon of neighborhood hope, and God symbolizes grace, mercy and humility — everything that’s lacking in that one-minute ad.

As a city that’s majority Black and brown, Philadelphia deserves better than this type of pandering and insulting politics. The race is beginning to heat up, and Brown’s camp needs to drop this type of messaging and understand the true nuances of Black people. The days of powerful white men coming into vulnerable Black communities with salesman swagger should be dead at this point.