Would you sink a billion dollars into something if you had no clue how it was being spent? 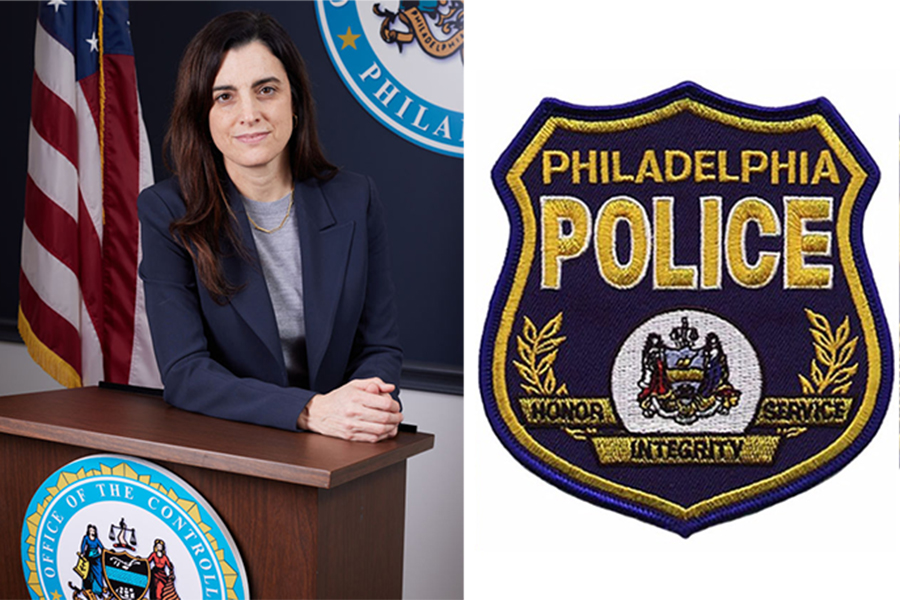 With its budget of nearly $800 million, you would think the Philadelphia Police Department would be more responsible about how it spends our taxpayer dollars. But according to the recent sobering police audit released by the City Controller’s office (from which Rebecca Rhynhart just resigned to run for mayor), it’s doing the complete opposite.

As City Controller, Rhynhart’s job was to audit city agencies such as the PPA, the sheriff’s office and DHS, including the police department. Her eight-month independent review of the police, released last week, revealed a lack of transparency, outdated technology, and alarming racial disparities in service. For advocates (like me) who have been promoting reconsideration of how we fund the police, this report provides a bounty of talking points. 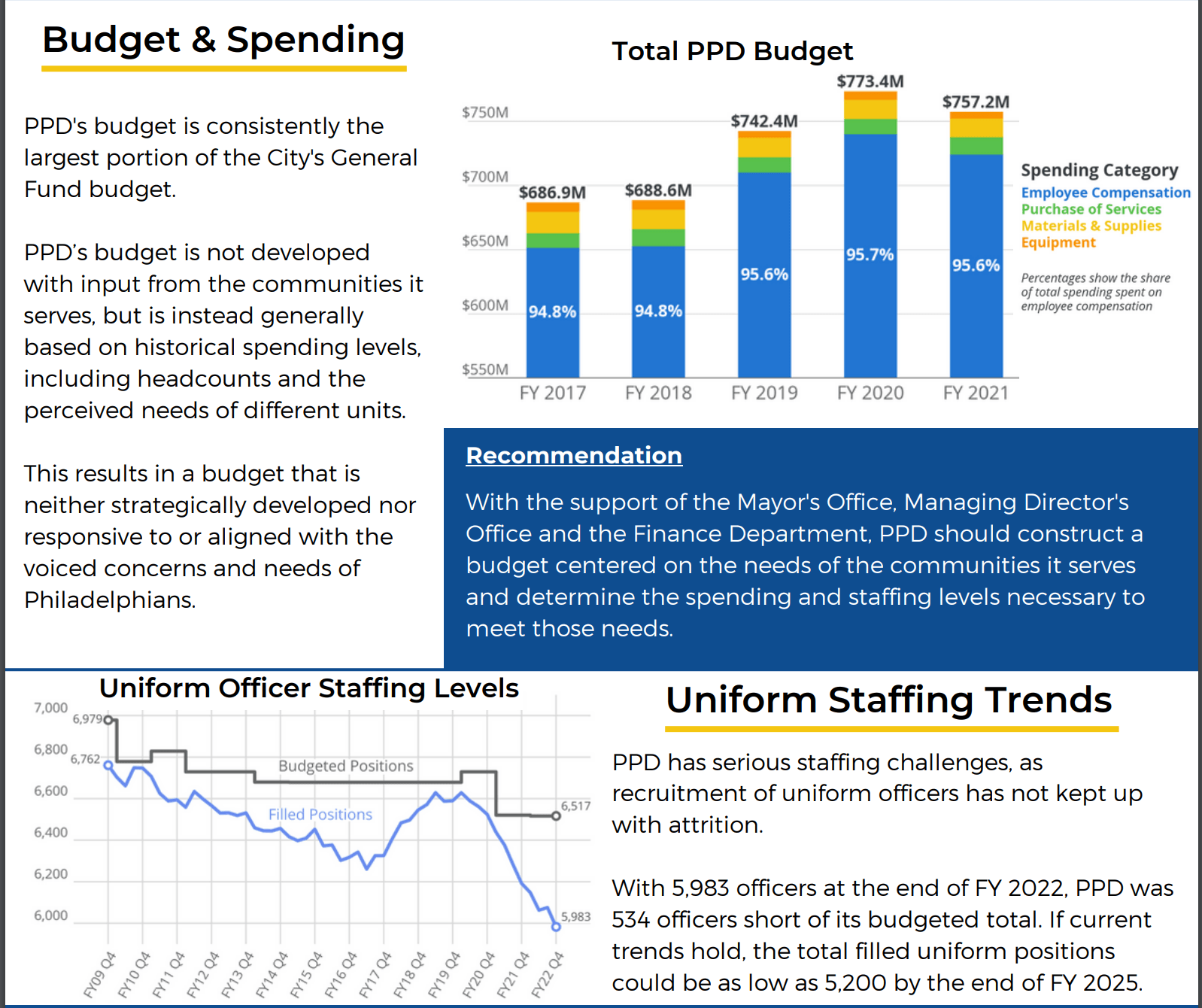 Some of the most glaring findings from the report are beyond egregious. It shows that only 2,500 of 6,000 uniformed officers are actually on patrol — with the rest either doing jobs that don’t actually need to be done by police officers or out of action due to being injured on duty (a process that’s been probed lately for loose oversight that invites fraud). While the fact that fewer than half of the force’s officers are actually on the ground is stunning (especially given that the department claims it can’t recruit enough officers), it’s even more disappointing to find out that police are more than twice as fast to respond to crime in predominantly white communities as in those of color. 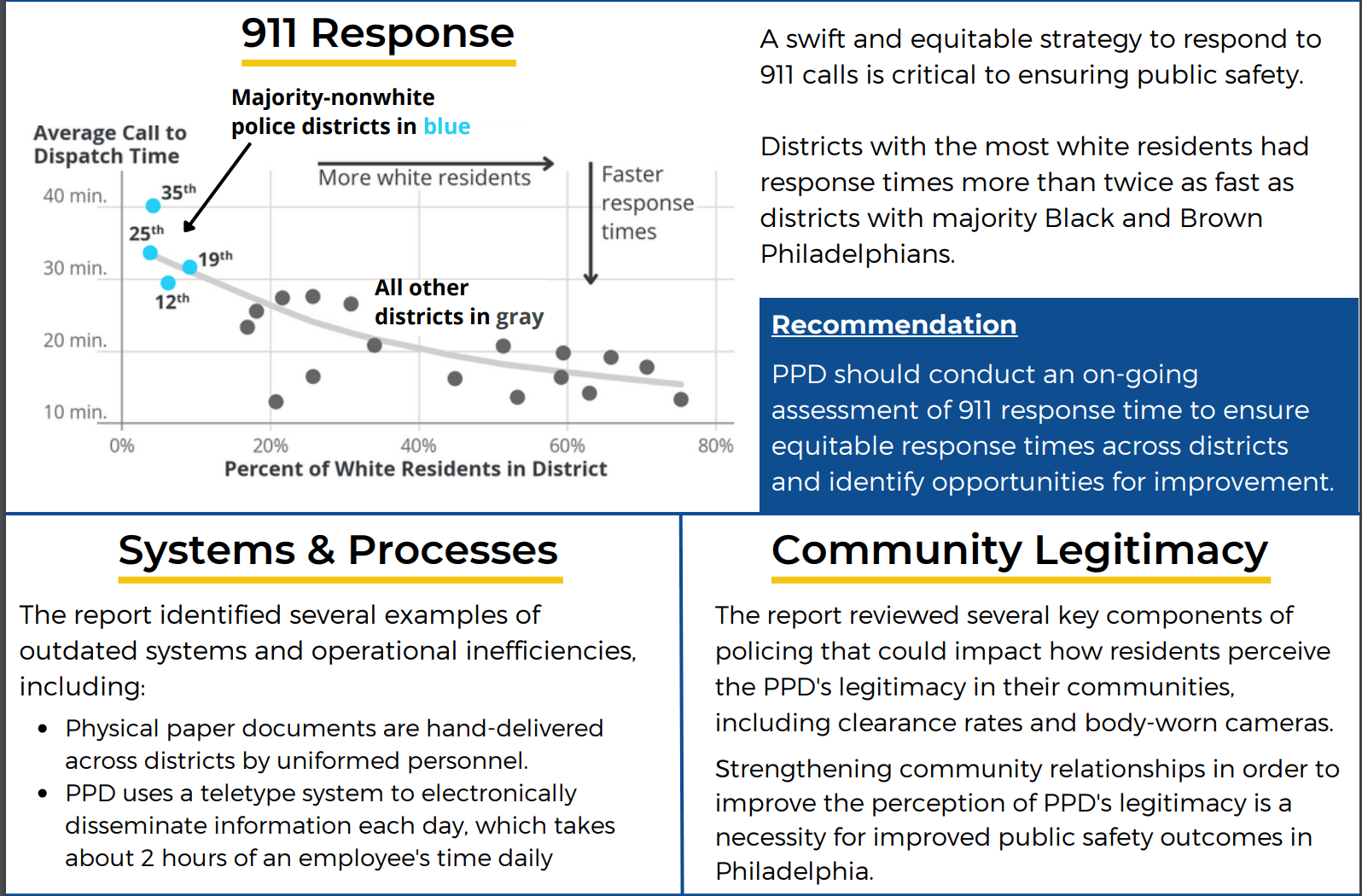 Such revelations should make the institution take a sobering look inward — but police are famously averse to oversight.

“According to this report, the police department does nothing right. I mean nothing,” Philadelphia police union leader John McNesby sarcastically told the press about the new report.

“We don’t answer calls based on whether anyone’s white, Black, Asian, Italian, Irish — it doesn’t matter,” McNesby added, deflecting concerns over racial bias in police response. “We answer calls in the order in which they were received.”

That’s bullshit — and intellectually dishonest. While the department might not know the specific race of a caller, it definitely knows the demographics of the city, particularly those areas hit hardest by gun violence. In the middle of a gun-violence epidemic that’s disproportionately impacting Black and brown communities, the white police union boss is making infuriating comments that do nothing to reassure the public’s trust in this institution. If anything, McNesby’s remarks reaffirm that we should all be concerned with how the city’s police department is being funded. His childish response to serious concerns should be a wake-up call.

City Hall has been giving the police department more money annually (even when its performance has been questionable), based on arguments from the Mayor and City Council that more funding will yield better results. That’s a hard argument to sell right now. What I found most striking in Rhynhart’s report was that City Councilmembers admitted they “have little insight into how PPD is spending its funds.”

Would you sink a billion dollars into something if you had no clue how the money was being spent?

Regardless of how you feel about policing, that’s not a recipe for success. The budgets of our public schools, parks and rec centers, arts, libraries and other services are regularly held up to scrutiny. It’s about time the police department met the same standards. Budgets tell us a lot about priorities, and agencies that get so big a chunk of our taxpayer dollars should be held at least as accountable as others.

This shouldn’t be politically polarizing; it’s simply good governance. Our elected officials and the public at large should know how the Philadelphia Police Department — the most generously funded entity in town — spends our money.

The next mayor and City Council should be telling us how they plan to do that. Our current elected officials had better be preparing their questions for next spring’s budget hearings. Though the department and the union may argue that we should just trust them, we should never go back to the days of simply handing them millions without more oversight. Considering this new information, not holding them to account would make us complicit and fiscally irresponsible.

Even worse, maintaining the status quo would ensure continuation of the flawed system that’s done so little to stem gun violence.
Read More About: