Philadelphia can no longer claim to be a beacon of democracy, free speech and diversity if it continues to be governed by those who would breach those values. 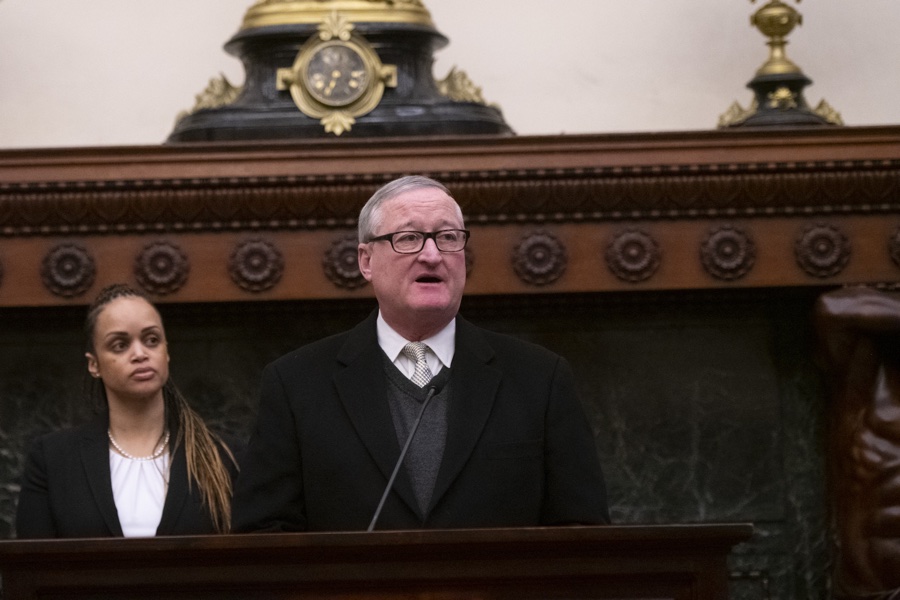 When I first called for Mayor Jim Kenney to resign last summer following initial revelations that the city mishandled Black Lives Matter protests, I was told by some people that such a demand was premature.

Sure, not all of the facts and findings had been fully fleshed out at the time, but it became clear — at least to me — that something was deeply wrong with city leadership. But I reluctantly understood why some would naturally want to give the administration a reasonable benefit of the doubt. Mayor Kenney had made it a point to present himself as a progressive over the years. This was a man who had defied Trump, supported cannabis decriminalization, advanced LGBTQ representation in city government, and won over a majority of Black voters against Black mayoral opponents twice.

But I couldn’t shake the images of innocent Philadelphians running in terror after protesting against a corrupt police system that was yet again living up to its reputation.

I couldn’t forget seeing activists I know in West Philly being aggressively intimidated and threatened in a neighborhood I consider home.

I couldn’t ignore that the actions of the police were meant to instill fear in anyone who chooses to exercise the right of free speech in the birthplace of democracy.

And now that facts about what happened this summer are in, there should be no more doubt: Kenney should resign.

A new and damning report by the City Controller’s Office makes clear that our mayor was an active part of this summer’s human rights violations. It should leave no question in any Philadelphian’s mind that, Kenney, along with Police Commissioner Danielle Outlaw, should step down.

According to the report, Kenney had the chance to stop Commissioner Outlaw — who already had an infamous history of using tear gas as chief of police in Portland, Oregon — from committing similar offenses in Philly. He gave his approval anyway. The department’s lack of preparation, which falls at the Mayor’s feet, allowed his tacit approval to reverberate throughout the protests, with many instances of less-than-lethal force detailed in the report’s tick-tock. And once the police violence started, he did nothing to stop it.

The Kenney administration’s response to this report? Bullshit.

“We reject [City Controller Rebecca Rhynhart’s] unsubstantiated claims that the Mayor and members of his administration did not exercise ‘leadership,'” said Mike Dunn, deputy communications director, in a statement to the press. “The Mayor and Police Commissioner have previously owned up to mistakes made, and committed to reforms that are ongoing.”

That’s it? The city is just going to chalk this report up as a simple ‘It’s in the past, moving along’ kind of deal?

Yes, Kenney and Outlaw apologized last summer for the tear-gassing of protesters on I-676, but that was only after the New York Times exposed them for initially lying about what actually took place. This report is about more than just the brutality that occurred on I-676; it’s about a failure to protect Philadelphians and their civil rights across the board.

What we now know is that the city’s response to these ongoing protests wasn’t just a sudden lapse of judgement, but rather a systemic breach of the public trust.

Commissioner Outlaw and Jim Kenney, who gave approval, didn’t have to authorize using tear gas on Philadelphians. They chose to.

Kenney had resources at his disposal to properly prepare for these protests that he didn’t use. He neglected to take necessary precautions.

From the report: “The City has extensive experience planning for and responding to large gatherings and protests. Contrary to the Managing Director’s assertion that there was no way to be prepared for this, and contrary to the Police Commissioner’s testimony that “no playbook” existed for addressing the unrest that unfolded on May 30th and beyond, several witnesses, including individuals involved in the City’s planning and response efforts, expressly noted that the City’s extensive experience provided exactly such a ‘playbook.’ It was not followed.”

There was no true accountability to ensure that police didn’t abuse their authority and check their implicit bias. The city allowed double standards from law enforcement, which allowed enforcement to go off the rails.

From the report: “Thus, the contrasting approaches that the Department took with regard to those gathered on 52nd Street and on I-676 versus those who gathered in Fishtown and Marconi Plaza only reinforces the community’s concern about how the Department chose to deploy force, and the disproportionate manner in which force was exercised against those who expressed their dissatisfaction or objections to the police and their actions.”

The report made clear that Mayor Kenney failed the city, with City Controller Rhynhart stating during a press conference that he “did not exercise the leadership that was necessary throughout the unrest.”

Her office made several recommendations to prevent a catastrophe like this from happening again. Her suggestions include appointing an independent director of the Office of Emergency Management (at present, it is, by default, the current fire commissioner) and ensuring that the police department fill all key positions, especially that of inspector of homeland security (which, as the report notes, has “historically had the responsibility for planning for large protests”).

But she stopped short of a necessary one: resignations.

There is no way anyone can read all of the gross and deliberate human rights violations made by the city under Kenney’s leadership and not demand that he tender his resignation.

This is the most painful government failure in Philadelphia since the MOVE bombing.

If we are to prove that we’ve learned anything from MOVE, we must never again allow city officials to divorce themselves from true accountability. In 1985, no elected politician or city official, including then-Mayor Wilson Goode Sr., was removed from office after the city dropped a bomb in a West Philadelphia neighborhood, leading to the deaths of 11 Black Philadelphians, including five children.

In 2020, tear gas dispersed by police harmed not only targeted protesters, but also children and families who weren’t involved in the demonstrations.

In both instances, communities were devastated by the excessive force used by local government. History shouldn’t be allowed to repeat itself like this.

It’s easy to simply call on Outlaw to resign, and she should, for bringing her reckless Portland tactic of tear-gassing protests to Philadelphia. But Mayor Kenney made the poor decision to hire her, knowing she had used such tactics. When the moment called for leadership, he abdicated his responsibility and then tried to distance himself from the tragic — and predictable — results.

This moment is a litmus test of how progressive, inclusive and honest our city is in protecting the rights of all its citizens. Silence isn’t an option. To deflect at this point is to antagonize. You can’t say Black Lives Matter while allowing sitting city officials who disrupted such a message to remain in power. It’s time to prioritize people over politics. It’s time to have courage.

Kenney and Outlaw should resign immediately, and City Council should lead the call for such action until they do.