Plus: "Dr. Oz wears pants." And more of the news the city is (or should be) talking about. 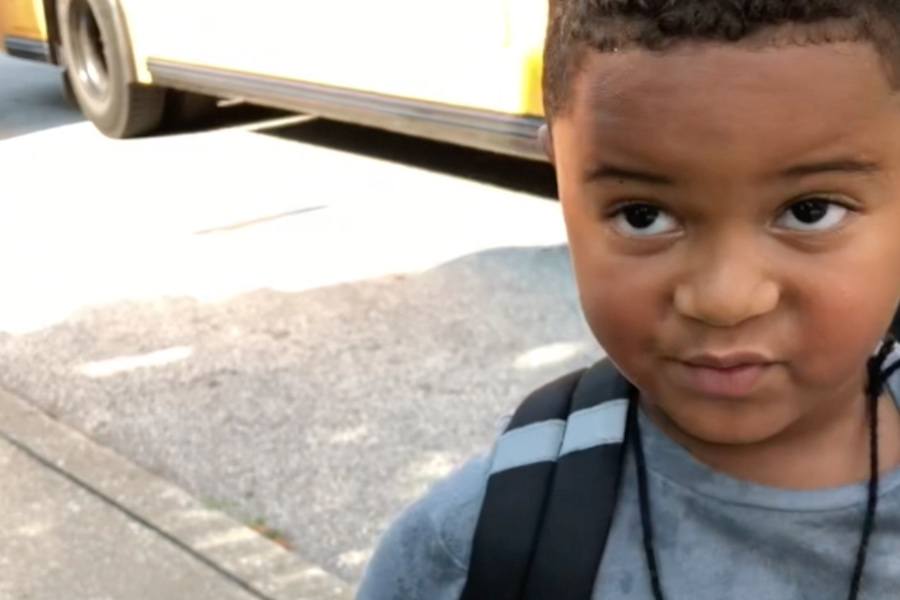 You know when a bunch of people seem to be obsessing about some silly video making the rounds on TikTok and you haven’t the slightest idea what everybody is talking about? That’s what happened to me over the weekend.

My interest wasn’t piqued until I learned that the video about the terrible sandwich was posted by an Ardmore mom. I live less than ten minutes from Ardmore, so, important local news, right?

Main Line publicist Ricki Weisberg posted the above video of her son Abe on TikTok last week on the first day of school. It’s actually an old video from his first day of kindergarten at Penn Valley Elementary School five years ago. She posts it for friends and family on Facebook every year, but this is the first time she took to TikTok.

Abe can be seen getting off the bus and running into the arms of his adoring mom. And the first words out of his mouth: “Mommy … terrible sandwich, by the way.” “Thanks for letting me know,” she responds. But he wasn’t done yet, adding, “Very terrible.”

“I posted the video after he left for his first day of fourth grade,” Weisberg explains. “And by the time he got home that day, we were already up to nearly one million views.”

Then, the video got reposted on Instagram and Twitter. Actress Jennifer Garner shared it on her feed. As of Monday morning, Weisberg’s original video on TikTok had racked up close to 13 million views. And by her count, the combined total views on all platforms, with all the reposts and whatnot, is up to 40 million in less than a week. The Sunday TODAY show aired the video, and Weisberg dutifully shared a new video of her and Abe reacting to the segment.

“I hope it gives moms the opportunity to let themselves off the hook,” Weisberg observes. “There are so many moms out there who can relate to this.”

As for the sandwich. Weisberg confirms it really was bad. Not just bad in the sense that it wasn’t pleasing to the taste buds. But bad. As in “off.”

“I was rushing around at the last minute packing him a lunch, and I decided to make him a butter and jelly sandwich,” Weisberg says. She went on to explain that Abe’s teacher had requested no peanut products in lunches due to potential allergies in the classroom. “But it turned out that the butter was old and rancid. I had no idea butter could go bad until after we got home and I checked it.”

Here’s Abe on his first day of fourth grade: 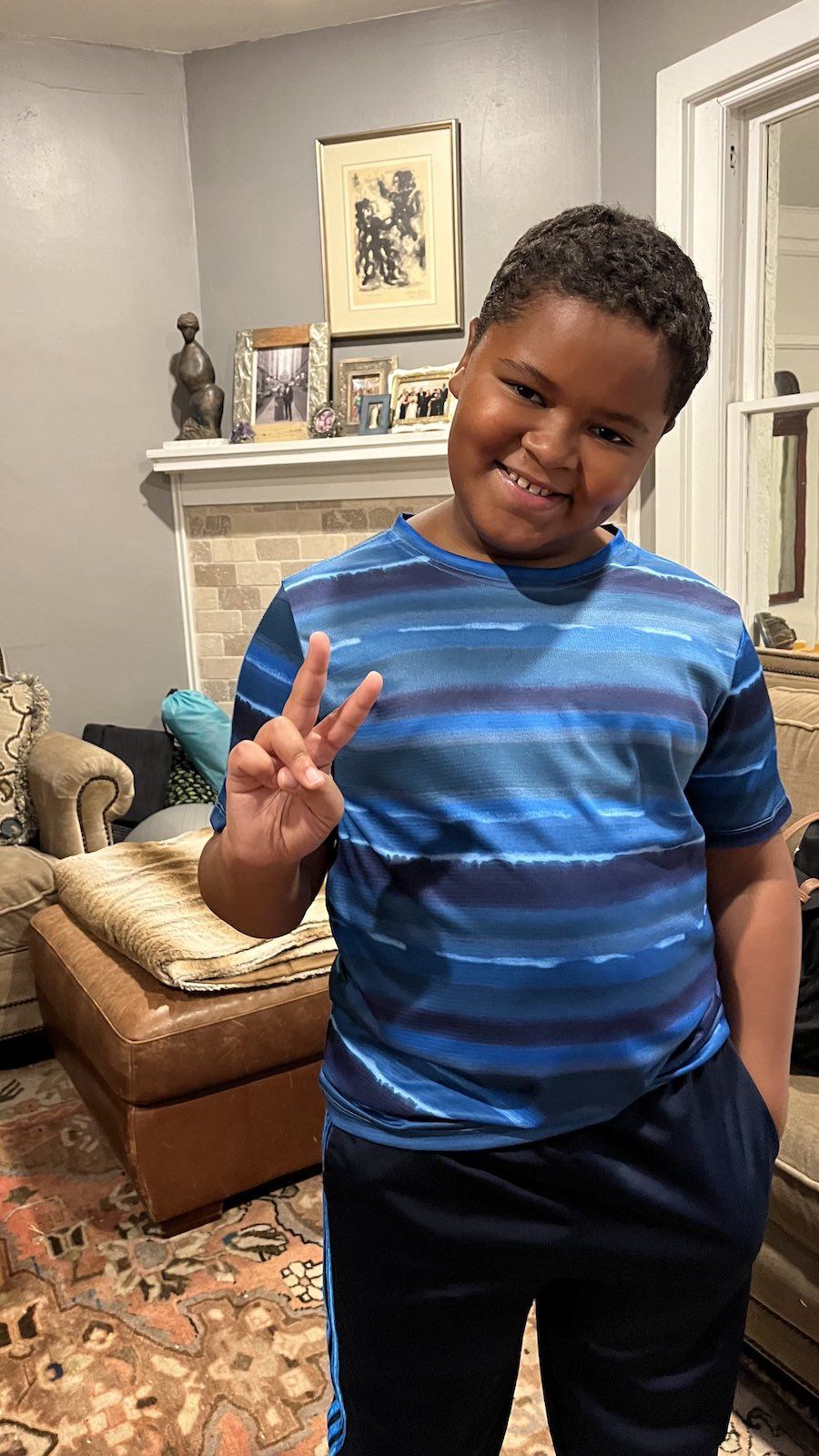 Have a great year at school, Abe.

Hey, when you run out of positive things to say about your candidate, sometimes you have to really scrape the bottom of the barrel. Such was the case when charlatan-quack candidate Dr. Oz rallied in Bucks County on Saturday night.

Before Dr. Oz jumped on stage, Republican senator John Kennedy from Louisiana (no, he’s not related) made some remarks. And he took the time to note that, wait for it, “Dr. Oz wears pants.” This was a jab, if you can even call it that, at John Fetterman, who likes to wear shorts on the campaign trail.

I somehow dodged the Disney bullet. Sure, my kids have seen Disney movies. I’m not a monster. But they never got into the whole Disney merchandising machine or, God forbid, the possibility of a visit to Disney World. (I have a friend who is planning a trip for her and ten other family members, and it sounds positively painful.)

For those of you who are Disney crazed, the Franklin Institute’s brand new announcement should make you happy.

Let’s wrap up Friday and Saturday to start with. Friday’s Phils game vs. the Nats was the Edmundo Sosa show, as the Phils went up early and then managed to keep the Nats from crawling all the way up their ass for a 5-3 win. Saturday’s game was even more of the Sosa Show. The utility infielder acquired from the Cards continued to show off in the field and at the plate. The 8-5 victory was a lot closer than it should have been. Connor Brogdon struck out Nelson Cruz with the bases loaded for the Nats in the bottom of the 9th. (Don’t get too excited; it was the Phils’ 12th win in 14 games over the worst-in-baseball Nats.)

Temple’s football team, under first-year coach Stan Drayton, notched its initial win Saturday afternoon, 30-14, over the mighty Lafayette Leopards, after Drayton subbed in frosh QB E.J. Warner, son of Hall of Famer Kurt Warner, who’s widely considered the NFL’s all-time greatest Cinderella story. (Undrafted out of the University of Northern Iowa, Kurt wound up as the NFL’s MVP for both 1999 and 2001 and the MVP of Super Bowl XXXIV.)

The Union finished up Saturday with a raucous 5-1 win over Orlando, which should have been 6-1 except for a crappy offsides call.

We’ll now pause for a moment of admiration of Eagles QB Jalen Hurts’s eyebrows, which just might be the fiercest in pro sports. And if you think fierce eyebrows don’t matter, you’ve never seen this.

Sunday’s Eagles game itself, against the lowly Detroit Lions? More, um, eyebrow-raising than it should have been. Hurts acquitted himself well, though the offense started off sluggish, and new acquire A.J. Brown had an admirable game, including a 54-yard catch with under a minute left in the first half. Highlights also included new cornerback James Bradberry’s pick-six halfway through the second quarter to make the lead 21-7, and a fine defensive performance by former Temple linebacker Haasan Reddick, who came home to Philly after brief stints with the Cardinals and Panthers.

The Jaguars, meanwhile, were playing (under coach Doug Pederson) against the newly minted Washington Commanders (with newbie QB Carson Wentz) at the same time as the Eagles/Lions match, so Eagles fans/Wentz haters faced the quandary of watching the Eagles defense unravel in the fourth quarter (that pass interference call against C.J. Gardner-Johnson!) or watching Wentz try to will the Commanders to a win. Oh, the schadenfreude was thick!

Alas, Carson hung on to be a hero – but so did Hurts. (While we’re on the topic of NFL hair, Jaguars QB Trevor Lawrence is definitely on our all-time-best team.) You have to say this for Philly fans: No matter what we may claim, we never do really, truly believe.

And speaking of simultaneous: The Phils were also playing directly opposite the Birds, as AP sports reporter Dan Gelson informed the world via Twitter, but the fans at Citizens Bank Park seemed content to while away the hours — and it would be hours, since their game shut down about 2 p.m. and didn’t resume until after 5:30 — watching the Eagles on the stadium’s giant screen. It was a two-fer! Which reminds us to wonder why, if you google “Phillies,” the first question that shows up is this: How much would it cost to buy the Phillies? The answer: $2.3 billion. After the flood, the Phils came from behind and came from behind and finally went in front on an Alec Bohm homer, and more than seven hours after the game began, the Phils went home with a 7-5 win and the series sweep. Rah! — Sandy Hingston