Finally, Somebody Wrote the “F&*k the PPA” Song We’ve Always Dreamed Of

Snacktime is a true civic treasure. 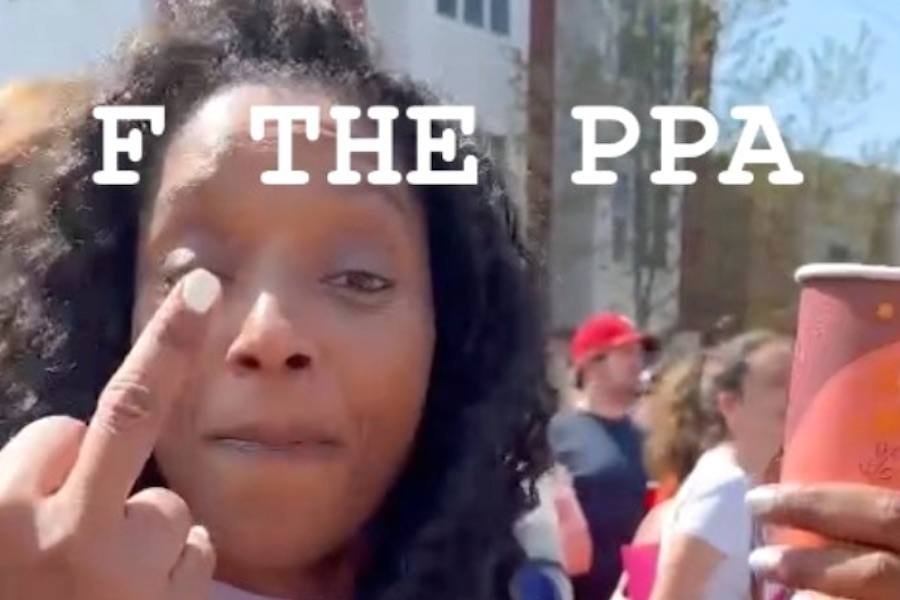 If you’ve been paying even the slightest bit of attention over the last couple of years, then you’ve probably heard about the Philly band Snacktime.

They bring their drums and horns and pop up all over the city, playing in the streets and in our parks. They performed on the court at recent Sixers games. Alex Holley loves them. And now, we love Snacktime even more than we did before.

You see, Snacktime has finally committed to song the words that any true Philadelphian has said or thought or screamed at the top of their lungs or graffitied on a building at one point in their life: “Fuck the PPA.”

Yes, that miserable bastion of patronage. That cabal of corruption. The proliferator of misery and misanthropy. Those people who smoke their cigarettes in some hidden alcove on the street, just waiting for you to park your car outside the dry cleaner for two minutes so they can run up and put one of their little blue-and-white tickets under your windshield wiper. The PPA. The Philadelphia Parking Authority. The spawn of Beelzebub himself.

You can tell how we feel about the PPA. Which is why we were so delighted to see Snacktime’s recent Instagram post of a live performance of their song “Junkyard Fire,” which includes the aforementioned profanity as an anthemic hook:

“I’m an avid enemy of the PPA,” says Snacktime co-founder Sam Gellerstein, a music teacher in the School District of Philadelphia. “I’ve spent many years and many dollars fighting the PPA.”

This video was from a Snacktime performance the first weekend of May in East Passyunk, where Gellerstein lives. Gellerstein, 28, says he started chanting “Fuck the PPA” during the band’s performance of their song “Junkyard Fire,” and then the crowd picked it up and ran with it.

“I guess a lot other people hate the PPA too,” he laughs.

Gellerstein hates the PPA so much that he’s even designed and sold anti-PPA shirts:

Yes, that is Gritty peeing on the PPA.

Snacktime’s debut album is scheduled to drop in July. Alas, the album recording of “Junkyard Dog” won’t contain the words “Fuck the PPA,” because Gellerstein came up with that particular hook after the album was done.

“Besides, the city deserves a dedicated ‘Fuck the PPA’ song of its own,” Gellerstein adds. “You can expect the official version in the next several months.”