If Your Pennsylvania Mail-In Ballot Status Was “Pending,” Check Again

Since complaints emerged that the state’s vote tracking website is unreliable and outdated, we’ve seen some improvement. 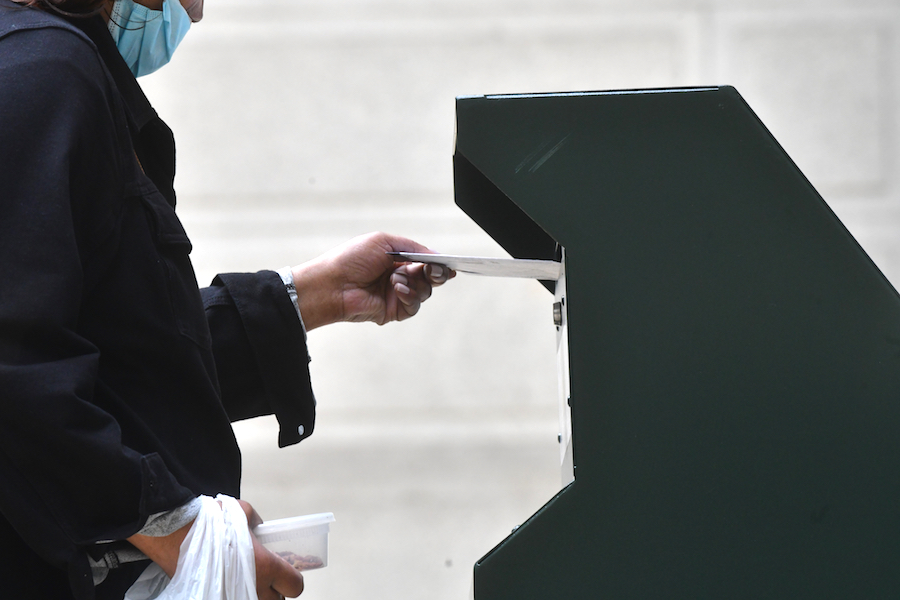 We here at Philly Mag first noticed this last night when our new editor discovered that her ballot had suddenly showed up in the system. She gave her ballot directly to the City Commissioners Office via a dropbox on October 23rd.

When I wrote that story last Friday about the state website, my wife’s ballot still showed up as pending. That seemed pretty outrageous, considering that she submitted her Pennsylvania mail-in ballot in a dropbox way way way back in the first days of October. So, for more than three weeks, her ballot status showed as pending. But as of Monday, meaning the day before Election Day, it finally showed as being received.

So I checked in with several friends and neighbors who had the same issues and, voila, all of their their ballots now show as recorded. They can all breathe a sigh of relief. If you’ve been in the same boat, it might be a good idea to check that website again now.

It’s impossible to know how many are still listed as pending, partially because the state has been very slow at responding to requests for comment or information related to this website.

But one woman who called me this morning says she’s “extremely anxious” because her ballot still shows as pending. She called me a couple of hours after polls opened in response to that article I wrote last week. The woman asked that I not use her name out of respect for her privacy during a tumultuous election, but she gave me her name and date of birth so I could see for myself.

Sure enough, the state website lists her mail-in ballot status as pending, and she says that she submitted it over a month ago.

The woman has been debating whether she should go to her polling place and insist on voting with a provisional paper ballot.

City Commissioner Al Schmidt has repeatedly said in the past to trust the process and that the state mail-in ballot status website is just not particularly useful. He advises against voting by provisional ballot if you already submitted your mail-in ballot in a timely manner, because if you sent in a mail-in ballot, then they have it. No matter what the stupid state website says.

But the office of City Commissioner Lisa Deeley wrote an email to the woman on Monday night, advising her to do the opposite. “I would highly encourage you to go to your polling place tomorrow and vote provisional,” wrote the rep from Deeley’s office.

On the morning of Election Day, I asked Deeley why her office would tell the woman that. And Deeley told me that it was probably because the woman was “nervous about her vote counting,” as so many Pennsylvanians are, so they were just trying to help by offering the woman an alternative.

A spokesperson for the city commissioners called me later to say that both Schmidt and Deeley are correct. If a voter sent in a mail-in ballot, then that vote will be recorded, reasoned the rep. “But if they’re really nervous about their vote not being counted, then they have every right to vote by provisional ballot,” he said. “Every citizen does.”

As for the ballot sent in by the woman who called me, both Deeley and Schmidt confirmed for me late on Election Day morning that they do indeed have her ballot and that her vote will, therefore, be recorded.

I sent the woman a message letting her know the good news and asking if she’s still thinking about voting by provisional ballot. So far, no reply. Maybe she’s standing in line as I write this.