Trying to Check the Status of Your Pennsylvania Mail-In Ballot? Good Luck With That

Compounding U.S. Mail delays and other problems like missing mail-in ballots is this: A state website that's supposed to show your ballot status doesn't seem to do a very good job of it. 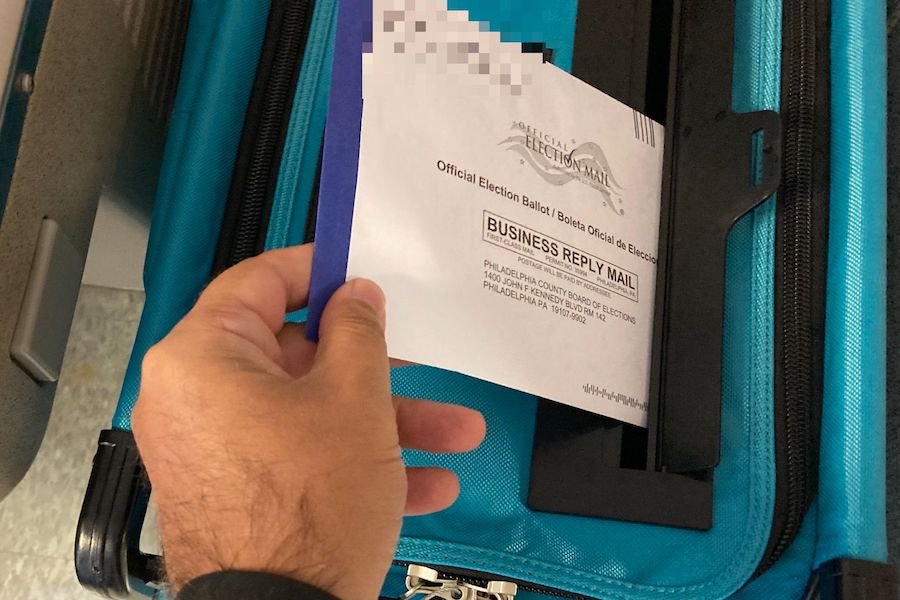 At the end of September, I went to one of those satellite election offices in Philadelphia, where I was able to apply for, receive, fill out and submit my mail-in ballot in about 20 minutes. A week or so later, I decided to check the state’s “Election Ballot Status” website, which is literally the only resource a Pennsylvania voter has to check the status of a mail-in ballot.

I punched in my first and last name, date of birth, and county of residence. And voilà! It showed me what I wanted to see.

The status of my Pennsylvania mail-in ballot, according to the state website that’s supposed to track it.

My mail-in ballot application showed up as having been received and processed on September 30th, the day I went to the voting center. So that’s all good. And the website said it had been mailed on October 6th and received on October 7th. That’s a little confusing, since I used the dropbox at the voting center on September 30th. But everything looked more or less copacetic, though I wouldn’t personally have chosen the term “vote recorded” to mean “We have your ballot,” since votes can’t legally be recorded until after 7 a.m. on Election Day.

But then there’s my wife.

When she learned that I went to the satellite election office while she was at work, she gave me a hard time about it, saying we should have voted together. Whatever. Then she headed out to the same satellite election office that I had gone to. It had taken me 20 minutes. She finished in 15, which she was oh so proud about. That was on October 5th.

A week or so ago, she decided to check the state website. In her case, it showed that her application had been received and processed, both on October 5th. But there was nothing about the actual ballot being mailed or received. And where my ballot showed up as “vote recorded,” hers showed up as “pending.” It still does, more than three weeks after she submitted it.

Here’s the site as of Friday morning: 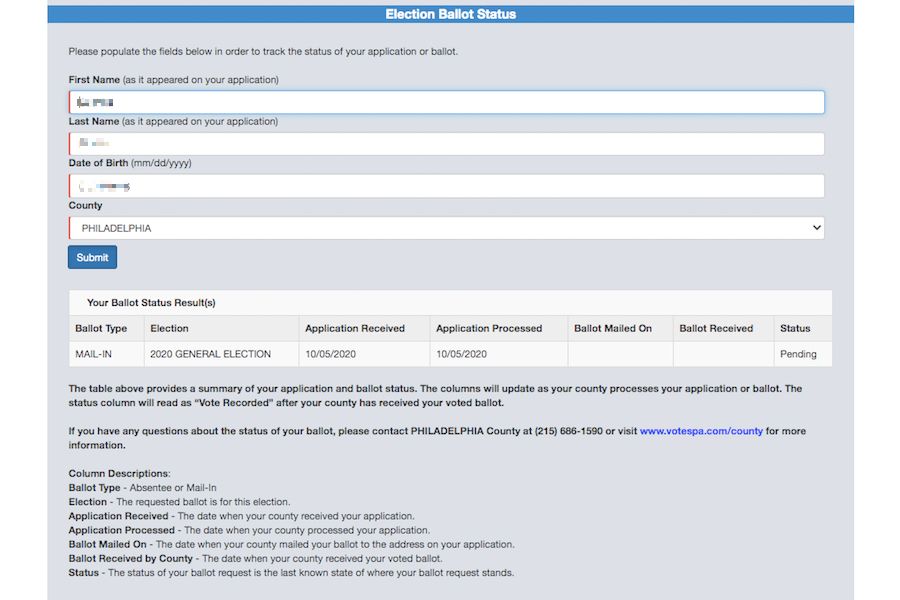 A screenshot of a confusing state website that’s supposed to provide your Pennsylvania mail-in ballot status.

I began asking friends and neighbors to check their statuses after we discovered this discrepancy. Some of them mirrored my results. Others mirrored my wife’s. And once we started comparing notes, the people who showed up as “pending” began getting really worried that their votes wouldn’t be counted.

But Philadelphia City Commissioner Al Schmidt (a.k.a. one of the three people in charge of the election in Philadelphia) says we can all calm down, explaining that these inconsistencies can be chalked up to a state database that’s nearly 20 years old and in need of a serious overhaul.

“I literally get these complaints all day long,” says Schmidt. “I understand the anxiety people have, but the state’s website is just unreliable and doesn’t always reflect what’s actually happening.”

The state’s website is called SURE, which stands for Statewide Uniform Registry of Electors. When Schmidt’s office gets a ballot envelope, whether that envelope comes through the U.S. Mail or a dropbox, the office scans the bar code on it (each voter gets a unique bar code) and attempts to upload that information to SURE.

“But SURE is fragile,” observes Schmidt. “SURE is clumsy to work with. It’s not actually designed to do what it’s doing. And the results are far from being in real time. After we send the data, it should tell a voter that the ballot has been received. But for whatever reason, that doesn’t populate with all voters. And I think that’s the nexus of the problem.”

As Schmidt points out, it’s this inconsistency that causes so much confusion.

“Sometimes I wonder if it would be better not to notify people at all,” he says. “If your neighbor shows up correctly and you do not, it leads to all sorts of anxiety.”

Of course, social media only adds to the problems.

“Somebody takes a picture of the site and goes on Twitter,” he remarks. “They say, ‘I dropped off my ballot, but it still hasn’t been received!’ And then somebody sees it and retweets it, saying, ‘OMG!’ And it just takes off. I find myself playing whack-a-mole all day dealing with this.”

Okay, but the site will surely be updated one day, right?

The good news here is that even though the state can’t manage to maintain an accurate database of simple information on what sounds like it must be a Commodore 64 computer, your vote will almost certainly be counted. You’ve got to, as they say, trust the process, insists Schmidt.