What Do Mayor Kenney’s Past Supporters Think of Him Now?

In the wake of the Mayor's violent response to the George Floyd protests and his recent budget proposal, we checked in with his former endorsers, and other progressive groups, to find out what they're thinking today. 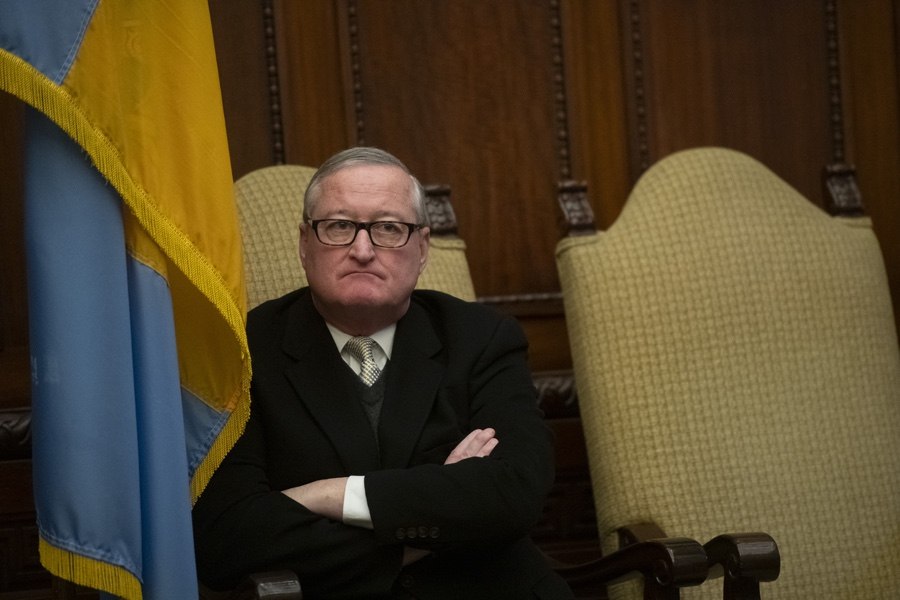 Some past suporters of Mayor Jim Kenney aren’t so pleased with his response to recent protests or his proposed police reforms. Photo by Mark Makela/Getty Images.

One of the immediate consequences of the recent Black Lives Matter protests has been the mainstreaming of a once-obscure idea to defund the police. The idea — which holds that police shouldn’t be dealing with things like homelessness, domestic violence and education, and that their budget can therefore be cut significantly and reinvested elsewhere — is not a new one. But the concept remained mostly lodged in the realm of activists, far from the corridors of power where decisions are made. Until now.

In response to these sudden pressures, politicians all over the country have been forced to respond, and they’ve done so with varying degrees of approval. In Minneapolis, the City Council voted to disband the police, though it remains to be seen whether the new entity replacing them will actually be defunded in any significant way. In New York City, there is story after story trashing Mayor Bill de Blasio, who campaigned as a police reformist yet has also defended his police department’s response to protesters, even in one instance where an officer drove a car through a throng of demonstrators. (DeBlasio recently assented to a billion-dollar cut in police funding, though activists claim the cut is misleading and unsatisfying.) Chicago Mayor Lori Lightfoot dismissively said the calls to defund the police were a “nice hashtag.”

Which got us wondering about Mayor Jim Kenney. Like many of the politicians to pump the brakes on defunding the police, he, too, has called himself a progressive. During his time in office, Kenney has supported a number of legitimately progressive policies, like safe injection sites and fighting to keep Philadelphia a sanctuary city. But between the tear-gassing of civilians and his initial budget proposal, which would have increased police funding by $14 million even as nearly every other city department faced a cut due to the COVID-19 pandemic, he’s earned the enmity of many protesters, who are starting to think that Kenney’s vision of progressivism doesn’t align with their own. (In response to the tear-gassing, Philly Mag writer Ernest Owens went so far as to call for Kenney’s resignation.)

So we asked some of the prominent progressive organizations in the city, along with some of the labor unions who have previously endorsed the Mayor, what they think of him now. Many past endorsers, including the service sector workers union Unite Here, the firefighters Local 22, the Fraternal Order of Police Lodge 5, and the progressive advocacy group Philly for Change, declined or didn’t respond to a request for comment. (You can draw your own conclusions as to what that might mean.) Some did reply, though. Here’s what they had to say.

The party that brought us insurgent City Councilmember Kendra Brooks endorsed Kenney both in 2015 and in his reelection bid last year. In 2015, the party noted Kenney’s “efforts to raise wages, improve Philly’s schools, increase access to housing, end the discriminatory practices of the criminal justice system, and limit corporate power in politics.”

Nicolas O’Rourke, who also ran for City Council last year as a Working Families Party candidate and is now the party’s director of organizing for Pennsylvania, said in an interview that “one of major things we as party are in lockstep and in solidarity with is the call to actually defund the police department and to reinvest those resources into programs lacking funding and going to positively affect working-class, working-poor communities of color.” Kenney’s nixing of the proposed police budget increase was a start, though O’Rourke notes, “That’s not actually a defund.”

So if Kenney is out of step with one of the party’s signature issues, would the Working Families Party endorse Kenney today? O’Rourke demurs. “We have a process for endorsements,” he says. “Those decisions aren’t made in isolation.”

O’Rourke’s diplomatic tact continues. “We did support him and endorse in 2015 and 2019 and are grateful for some things he’s done,” he says. “But more remains to be done.”

The progressive grassroots organization, which recently helped elect Nikil Saval to the state Senate, didn’t yet exist in 2015 when Kenney first ran for mayor. (The group was founded in 2016 by former Bernie Sanders campaign volunteers.) By the time 2019 rolled around, Reclaim endorsed a number of progressive City Council candidates, including Isaiah Thomas and Helen Gym, both of whom Kenney also endorsed. (Reclaim never endorsed a candidate for mayor, since Kenney’s reelection race wasn’t considered competitive.)

But if Reclaim and Kenney had some overlap in preferred Council candidates, there’s less alignment when it comes to police reform. In a written statement, A’Brianna Morgan, Reclaim’s mass liberation organizer, outlined the group’s own policy goals: “The police intentionally and systematically target and attack poor Black, brown and white residents. We’re clear that police don’t keep Philadelphia safe, Philadelphians keep us safe. Mayor Kenney, Brian Abernathy and the City of Philadelphia must immediately cut the budget of the Philadelphia Police Department by $120 million and invest that into our communities.”

In a recent press conference, Kenney admitted the police are probably tasked with too much, though his budget, recently approved by City Council, only returns the police department to its 2020 funding levels. That’s a far cry from the $120 million cut that Reclaim and others are calling for. Which tells you all you need to know about how Reclaim likely views Kenney — at least on this issue.

John McNesby’s police union endorsed Kenney in 2015. (Here’s photo evidence.) And as mentioned above, the union declined to say what they think of how their endorsement panned out. Fortunately, the union’s Twitter feed is full of information on the subject of what it really thinks of the Mayor.

Regarding Kenney’s cut to the police budget: “Once again, our city leadership has turned its back on the residents and police department of this great city. … Our political leadership is tone deaf and blind to the realities of public safety in our city by implementing these drastic budget cuts.”

Regarding Kenney announcing an external investigation into the police department’s use of tear gas on civilians: “The total and complete lack of support, courage and leadership from this administration is quietly leading to a paralysis of law enforcement in Philadelphia which will only endanger our citizens. … What this City truly needs is an ‘independent consultant’ to find real leadership for a City currently controlled by cowards and frauds.”

We would be remiss not to check in with the Building Trades Council, that ever-powerful contingent of unions that endorsed Mayor Kenney in 2015 and 2019. While the trades (which have had their own checkered history when it comes to racial diversity) are not concerned with police violence in the way other political groups like Reclaim are, they have been directly affected by the pandemic, the other ongoing upheaval in this country.

On that count, Building Trades Council leader John Dougherty (who’s pleaded not guilty to federal corruption charges over his leadership of the electricians’ union Local 98) said the Mayor was excelling. “The construction industry has been one of the few industries that went back to work, and Kenney was good with that,” Dougherty said, noting the administration helped develop plans around social distancing at the workplace and spreading worker shifts to limit exposure to the virus.

“What we expected, we got,” Dougherty said. “What he promised, he delivered.”

So Kenney has clearly not lost his support among his base of labor power. (Dougherty proudly called Kenney “the most progressive mayor Philadelphia has ever had” and said of other progressives, “Instead of critiquing him, people should work with him to move their agenda forward in his last three years.”)

Still, when it comes to the new generation of progressives that have used their growing political clout to ask more of the Mayor, Kenney’s response to the protests — essentially trying to toe a middle line by proposing a slate of police reforms, while also keeping police funding at status quo levels — has left plenty to be desired. In doing so, Kenney has managed to disappoint just about everyone: the protesters, the progressive political organizations in the city, and the police.