Plus: the end of free parking in Philadelphia. 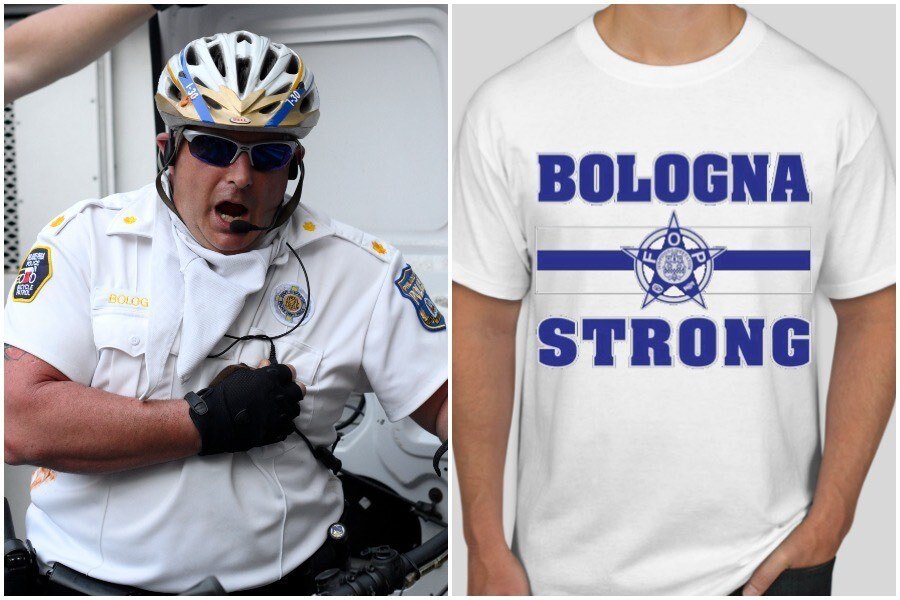 Left: Joseph Bologna, the Philly cop charged with assaulting a Temple student who was protesting in Philadelphia (Image via Getty) | Right: A mockup of a t-shirt that the Philly police union is selling in support of Joseph Bologna (via FOP Lodge 5)

What happens when a cop is charged with assaulting a protester? In the Philly police union, he gets a t-shirt in his honor.

Such is the case with Philly police officer Joseph Bologna.

According to Philadelphia District Attorney Larry Krasner, Bologna was caught on camera beating a Temple University student who was protesting in the city last week. On Friday, Krasner announced that he was charging Bologna with two felony counts of aggravated assault in addition to charges of simple assault, possession of an instrument of crime, and recklessly endangering another person.

Here’s Krasner chatting with Ali Velshi on MSNBC about the incident:

Well, Philly police union president John McNesby — a.k.a. the guy bad cops run to when they get into trouble — is now hawking t-shirts in support of Bologna. The “Bologna Strong” t-shirts will be on sale for $20 in the “cop shop,” as they call it, beginning on Tuesday.

McNesby made the announcement on Instagram on Sunday night. Responses ranged from shows of support like “I need 10!” to criticisms such as the following: “Demanding justice for your own without a single statement of support for the Black community or condemnation of the countless acts of violence done to them at the hands of the police. Way to protect and serve yourselves.”

Remember when SEPTA sensibly announced that all passengers would be required to wear masks amid the coronavirus pandemic? And then remember when they nixed that policy after police were seen dragging a man off of a bus for not wearing a mask? They went from “required” to “urged.”

As of Monday, with ridership increasing, SEPTA is back to “required.”

“As the region enters the Yellow Phase, more people will be returning to work and riding SEPTA,” said SEPTA General Manager Leslie Richards in a statement. “We want to make sure our customers feel safe and comfortable on our system, and we will continue with an enhanced cleaning program system-wide. Also, riders have made it clear that requiring everyone to wear face coverings would help make them feel safe returning to transit, so we are putting a face-covering requirement in place on Monday.”

To be clear, you don’t need some fancy, handmade mask that you bought from Etsy. It just needs to be a piece of cloth that covers your mouth and nose.

The End of Free Parking in Philadelphia

There are many good consequences of things easing up in the Philly area as far as the coronavirus restrictions are concerned. But here’s one consequence that’s not so good: You’ll soon have to pay to park on the street.

Starting next Monday, June 15th, parking enforcement goes back into effect in Center City and University City, with the boundaries defined in the following map: 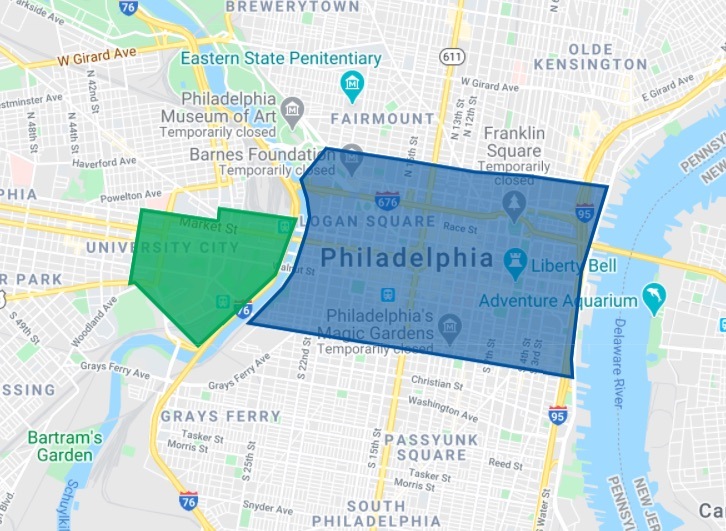 And then on June 22nd, enforcement returns citywide.

The PPA originally announced that it was relaxing enforcement back in March, and I can only imagine how much lost revenue that means. Of course, they can now make up for it with those evil speed cameras on the Boulevard.