Philly Police Officer Joseph Bologna, Who Is Charged With Assaulting a Protester, Has Been Suspended

And there are reportedly other protest incidents involving Bologna under investigation. 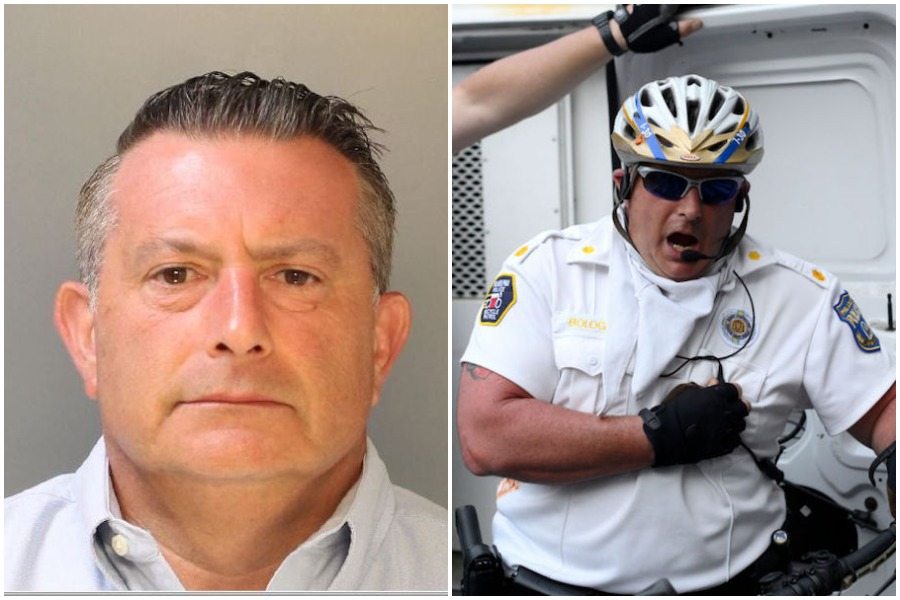 The Philadelphia Police Department has announced that Philadelphia Police Commissioner Danielle Outlaw has suspended police officer Joseph Bologna for 30 days after he was charged with assaulting a protester in the city. Her intent is to fire Bologna after that 30-day period.

On Friday, District Attorney Larry Krasner said that Bologna, seen above in a Philadelphia Police Department mugshot, would be charged with aggravated assault. Video had emerged of Bologna striking a Temple student with an ASP, which is a collapsable metal baton frequently used by police. On Monday, Bologna was charged with aggravated assault and possession of an instrument of crime, among other offenses. He was released on $10,000 bail.

According to Krasner’s office, the Temple student suffered seriously bodily injury amounting to “a large head wound that required treatment in a hospital while under arrest, including approximately ten staples and approximately ten sutures.”

“As a department, we do not condone the criminal acts of any person, and it is my sincere hope that the district attorney does, in fact, hold all people who cause harm to others equally accountable,” said Outlaw in a statement shortly after Krasner’s announcement.

There are reportedly other caught-on-video incidents involving Bologna from the protests under investigation. And the district attorney’s office still has not decided on what grade of aggravated assault to charge Bologna with in reference to the incident involving the Temple student. The grade could significantly affect his sentencing, should he be convicted.

Meanwhile, the Philadelphia police union is selling t-shirts in support of Bologna.

“Policing isn’t pretty,” union head John McNesby said the other day. “We’re out there trying to quell situations. We had a riot situation going on.”