Mayor Kenney to Philly: “Just Put On the Damn Mask”

The mayor targeted people "30 or under" as some of the biggest offenders of the coronavirus mask guidelines. 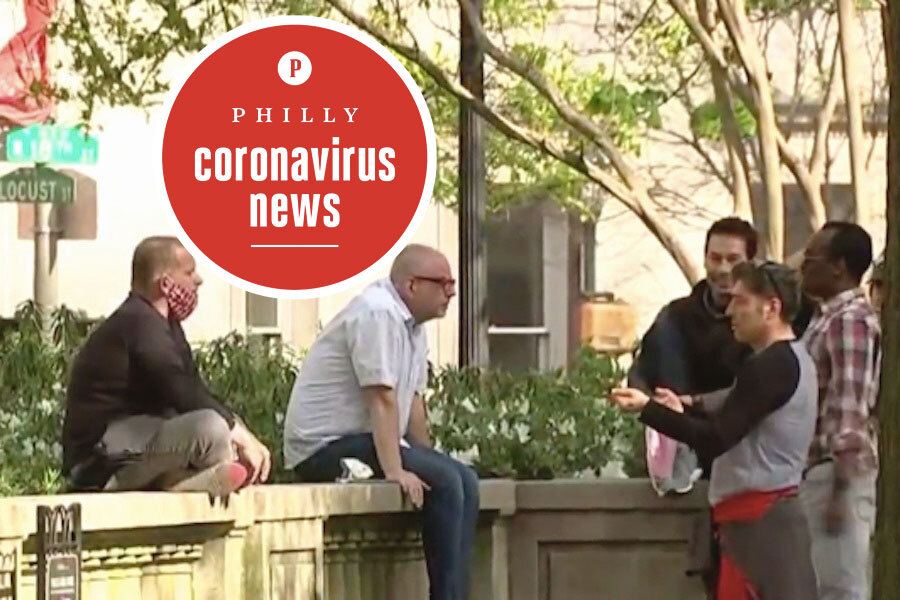 A screenshot from a CBS 3 report showing people gathered in Rittenhouse Square — none of them wearing a coronavirus mask. Philly Mayor Jim Kenney says enough is enough.

Mayor Kenney Has Had Enough of the Unmasked

We’ve all seen them. They are sitting in the parks. You can find them strolling along Kelly Drive. They’ve invaded the grocery stores. The water ice lines. We are talking, of course, about those selfish people who refuse to wear a mask during the coronavirus crisis. And Mayor Jim Kenney has had enough of their nonsense.

Referring to news footage as well as his own observations while out on his bike (he noted that he wears a mask while biking), Kenney said that there are far too many Philadelphians who aren’t wearing masks. And he pointed to young people as the main culprits. Specifically, people “30 or under,” as the mayor put it.

“Young people for some reason or another refuse to put this mask on,” Kenney said. “People jogging, running, picnicking, playing volleyball. These young folks don’t think of their parents or grandparents or themselves.”

“I put it on when I walk out the door,” Kenney later added. “I think the sensible thing to do and the best thing for everybody and the safest thing is just wear it. Get used to it. It’s not that much of a burden. Just think about what nurses and doctors and hospital personnel have to go through every day. And just put on the damn mask.”

If the sound of the ocean is what you need right now, we have some good news for you.

Note that while the beaches in Ventnor are reopening, the boardwalk remains closed. If it’s a boardwalk that you seek, the one in Atlantic City has been open for the entirety of the coronavirus pandemic, because Atlantic City just likes to do its own thing. Almost every business on said boardwalk is closed. You can get a slice of pizza. You cannot get a hermit crab or vulgar t-shirt. No word on the fudge samples.

Pennsylvania Begins to Reopen On Friday

Though we’ve seen some limited signs of life — PLCB curbside pickup and the reopening of golf courses, for instance — Pennsylvania will officially begin to reopen this week. But don’t get too excited, Philly. We’re not reopening anytime soon.

The entire state is in what Governor Tom Wolf is calling Phase Red right now. On Friday, 24 Pennsylvania counties (the areas commonly referred to as Pennsyltucky) will shift into Phase Yellow.

On paper, Phase Yellow is not all that different from Phase Red. You still can’t sit inside a restaurant and have a burger and a beer. Nail salons and gyms will remain closed. But more retail stores will be allowed to open. And residents of those counties will be allowed to have gatherings of up to 25 people.

So when will the state begin moving into Phase Green, which is basically back to normal or whatever the new normal winds up being? And when will you be able to walk up to a bar in Philly and grab a frigging gin and tonic? We’ll keep you posted.