Would You Pay This Much for Dinner If It Meant Your Server Got Health Insurance?

Ellen Yin presents a hypothetical menu with the prices adjusted to account for fair living wages and worker benefits. 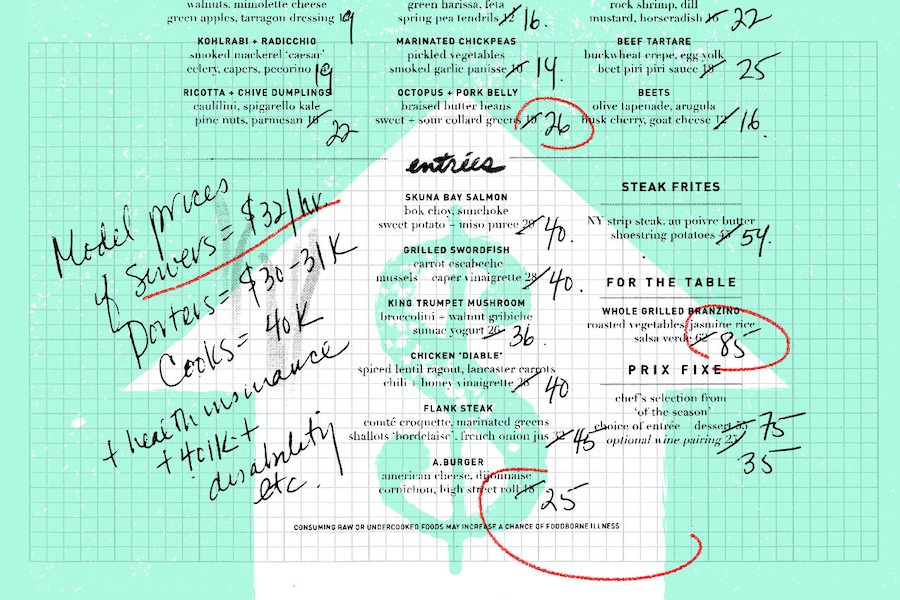 See below for the full revised menu

So much of what plagues the restaurant industry — the non-livable wages, the shady business practices, the exploitation of workers — is built right into the business model.

Because of the restaurant industry’s notoriously high failure rate, the primary directive of the current restaurant model is to not fail (rather than succeed) — which leads owners to fear-based business decision-making. Why else would they charge the same prices (if not less) as what they charged in the early ’00s for a product that’s steadily risen in cost over two decades? Why else would hospitality workers still not have benefits? Why else would restaurants still be operating with a tipped wage instead of a living one?

There’s a reason surgeons avoid operating on the elderly, and there’s a reason independent restaurant owners — who presumably opened their businesses with very little capital — aren’t incentivized to try to fix an industry that’s already too fragile to begin with.

There’s no doubt that the systems in place needs to be reworked. Right now, because of the coronavirus, there’s an opportunity to start it all over. To unplug it and plug it back in. After the pandemic decimates the estimated 75 percent of the American restaurant scene, we are responsible for rebuilding the industry anew. But the responsibility doesn’t only fall only on the owners. Dining out culture needs to evolve just as much as the restaurants themselves. Consumer habits need to change.

Ellen Yin opened Fork in 1997. Since then, she’s grown her brand into a restaurant group called High Street Hospitality (which, in Philly, includes Fork, High Street on Market, a.kitchen, a.bar, and the fast-casual High Street Provisions). She’s been here since Day Zero of the city’s most recent food renaissance. And she’s agreed to create a hypothetical menu for Philly Mag — a revised a.kitchen dinner menu priced to account for:

(Because a.kitchen is a hotel restaurant, its operating costs are different than that of a mom-and-pop shop — but Yin says that this would assume a similar profit margin to the current restaurant model.) 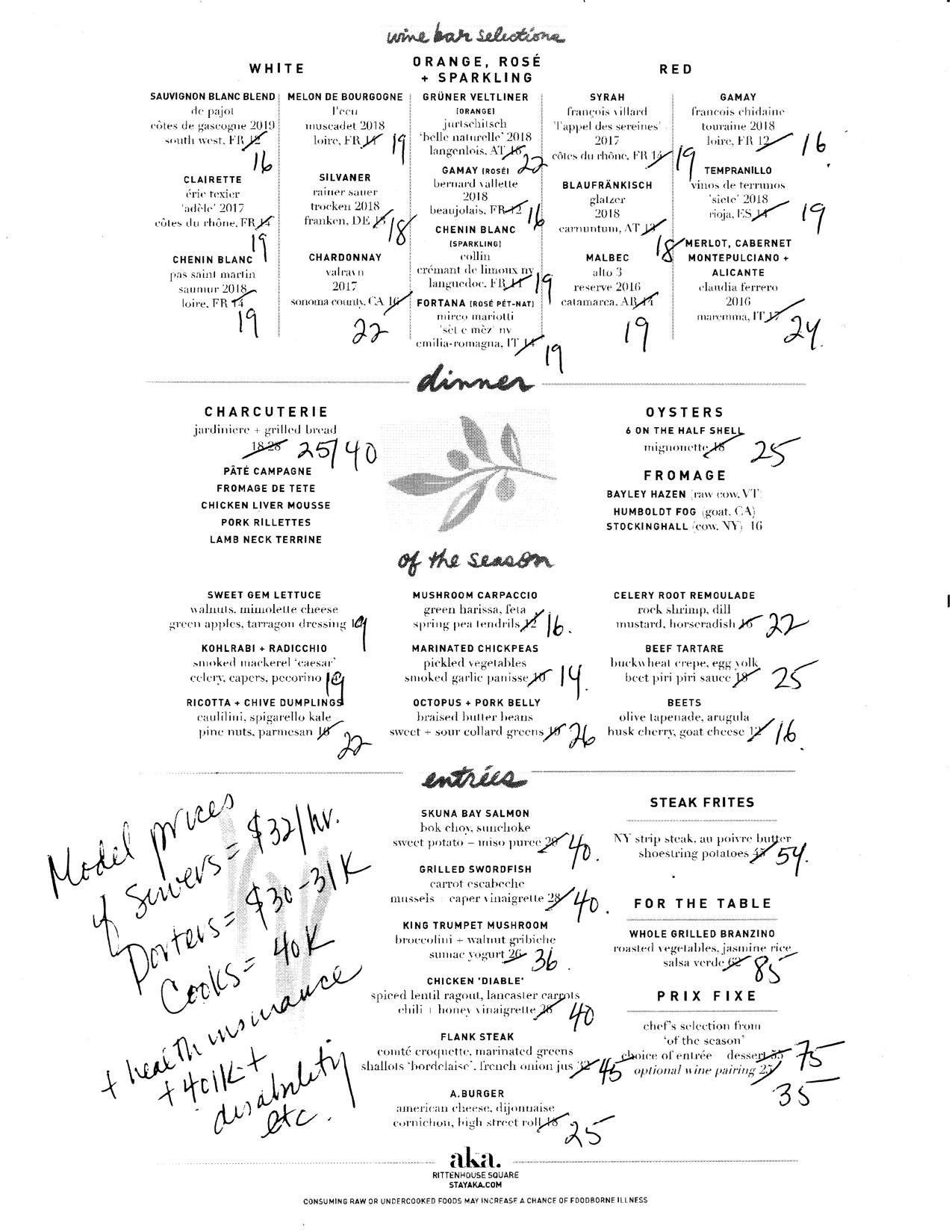