A Q&A with the trans woman who plays Simone, the romantic interest of Segel’s character. 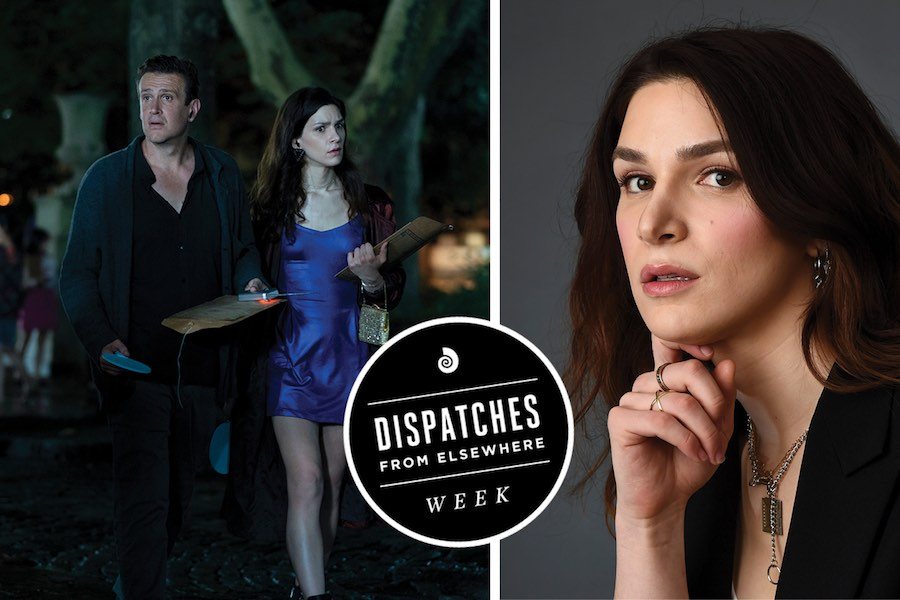 One of the standout performances in Dispatches from Elsewhere comes from Eve Lindley, a Brooklyn-based actress, who is trans. Lindley, 27, plays the love interest of Jason Segel’s character, Peter. Episode Two of Dispatches from Elsewhere is centered on Lindley’s character, Simone, who is also trans. It premieres on Monday, March 2nd on AMC. We recently caught up with Lindley, a relative newcomer to the biz, to hear more.

Because this is Philadelphia magazine, my first question for you is probably different than what Variety or Vanity Fair will ask. Is Philly awesome or what?
I loved it. Such a great town. So much to do. So much good food.

I was staying in — is that area called Center City? — I was staying there. And I went to South Street a lot and Rittenhouse Square. I ate my way through the city…

The Review: Is Dispatches from Elsewhere Actually Any Good?
Watch: Jason Segel and Eve Lindley Made a "Love Letter to Philly" Video

Like any good town, Philly has more than one vibe. So of course I was near all of the theaters and restaurants and got to experience that. On the weekends, I would go out and see a more bro-y Philly. [Laughs]. I got to experience the queer community. And you can’t beat the art in the art museums, and then there’s all of the history.

So we spent much of last year tracking Jason Segel’s movements in Philly, with André 3000 popping up here and there as well. But where were the Eve Lindley sightings? Sally Field? You both really stayed under the radar.
[Laughs] Well, I am a nobody, so it was quite easy for me. I’m not Jason or André or Sally. Now, Sally is very short, so she can just sort of blend in. Jason can’t blend in even if he tried. And André was playing his flute everywhere, so he’s kind of hard to miss.

But Sally and I spent a lot of time at this place called Parc. We would always go there. They are absolutely fabulous and so, so nice. And I spent time at Vintage. But Parc was really our spot. 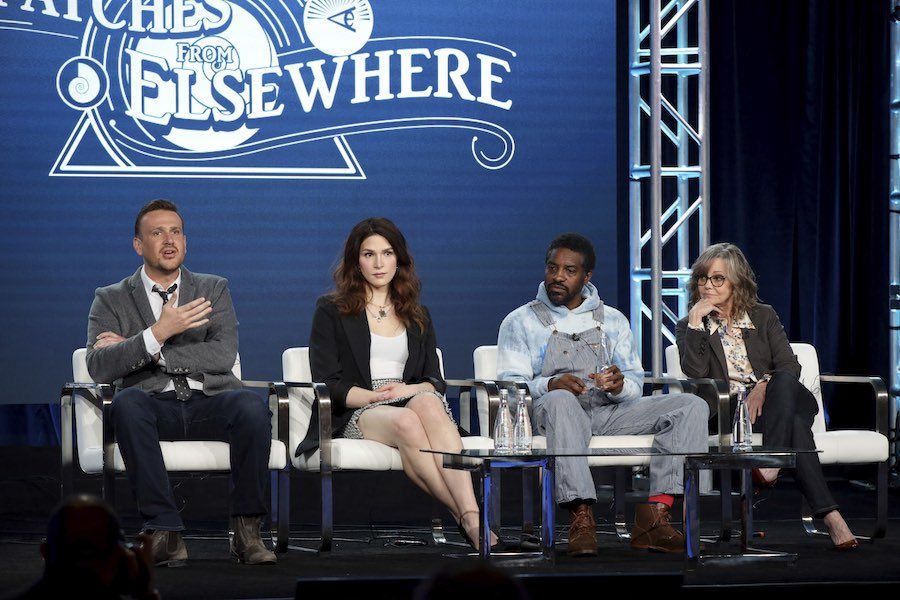 Were you handpicked for this role? How did you get involved?
It was pretty standard. Just an audition. I read the scenes. I didn’t really understand what was going on, but I could tell that the girl was sorta zany and a little manic.

So I went in and I did it, and I got the callback, and that was when I read the script and who was attached to it. The script itself was a no-brainer. It was so easy to fall in love with it.

And Simone is a trans woman–
She is? [Laughs].

Do you typically play trans women or do you sometimes play cis women? Is that an awkward question?
Don’t worry: all questions are equally awkward. [Laughs].

There is one scene in particular that I want to ask you about, without giving too much away. You’re in Old City, it’s late at night, and you are mistreated by some random bros drinking beer on the street. I came away wondering: Was the intent that they treated you that way because they are transphobic? Or because you’re a woman who wouldn’t give them the time of day?
You know, I remember thinking that she was being targeted as a trans woman. But then I talked to Jason about this afterwards, and he was like, no, they did that because this woman was ignoring them.

His intention was not any queer hate crime, it turns out, as much as it was a disgusting display of misogyny. But I didn’t really know that when we filmed it.

The relationship between your character and Jason’s character in the show is, no doubt, going to be the subject of a lot of conversation. And I don’t think it’s overstating it to say there are a fair number of people who will turn the show off because of this. What do you say to those people?
Wow. [Pause]. Wow.

Sorry, do you not agree with my assessment?
No, I do. I do. I really do.

While we were making this, it was something that I was personally super, super cognizant of. I believe I talked to Jason about it a few times and anybody else who would listen. But nobody has asked me about this in an interview. You’re really paying attention.

For sure, I think that people will have whatever opinions they have. I don’t really know what to say to those people that you’re talking about. I think the real tragedy is that someone seeing me or Simone on camera and turning off the show because of this, the real tragedy is that they don’t get to experience this show. They won’t get to take part in the adventure and be a part of it all. I would just urge people to give the show a fair chance. Whether or not I were in it, I would think it’s a really powerful, smart and moving show. And I hope people get to experience it.

Below, Jason Segel and Eve Lindley tell us more about Simone, Lindley’s character in Dispatches from Elsewhere: