If you pay for a single fare, that is. TransPass and Travel Wallet users will have to wait. 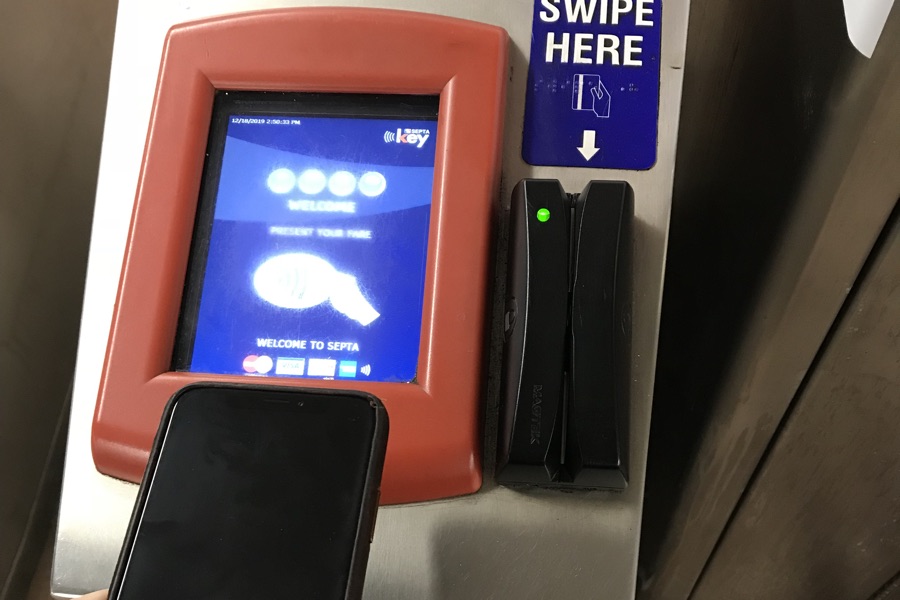 With SEPTA Apple Pay, you’ll soon be able to do this and have it work. Photo by David Murrell.

SEPTA’s slow trudge toward modernity is about to take another step forward. The transit agency’s 4,226 tap-to-pay card readers are obsolete after five years of service, which means they’re due for a replacement. SEPTA has allocated $4.4 million in its budget to replace them all over the course of the next few months.

The good news is that SEPTA’s out-of-date tech is leading to quite the fun new perk! With the new card readers (which SEPTA also expects to have a lifespan of about five years), riders will be able to pay for trips with Apple Pay and the Android equivalent. That should happen by late spring or summer. You’ll never have to put down your phone again!

London, New York City, and Chicago are among the cities to have already adopted mobile touch pay. In NYC, the Apple Pay system was met with positive reviews — and if you know how New Yorkers typically feel about the Metropolitan Transportation Authority, that’s saying something.

I JUST USED APPLE PAY TO TAKE THE SUBWAY. THE FUTURE IS GREAT, GOD IS GOOD. ANYTHING IS POSSIBLE. USA! pic.twitter.com/C14pDXxwAB

The new iPhone update claimed that I can use my phone to pay for subway rides, and what, whaaat? – IT WORKS! #awesome #apple #phoningitin #thefuture #MTA #fourfivesix pic.twitter.com/WXZ7qXMYrQ

Still, for everyday subway commuters — that is to say, not Neil Patrick Harris — there’s some reason to be hesitant. The tap-to-pay system won’t be tied to the SEPTA Travel Wallet or TransPass systems. Instead, it will merely charge your credit card, which means you won’t get the Travel Wallet discount of 50 cents per ride, or the TransPass bulk discount. SEPTA says it will eventually aim to integrate its existing fare systems into Apple Pay.

But we shouldn’t complain too much. The Apple Pay system will make things considerably easier for tourists or infrequent riders, who now won’t have to deal with SEPTA’s oft-malfunctioning kiosks — you know, the ones that used to display ads before you could purchase a ticket.

It turns out the card reader updates — which are in place on trolleys, buses, subway and Regional Rail — aren’t the only bit of recent technological investment on the part of SEPTA. Commuters who pass 30th Street may have noticed television screens springing up on the platforms: 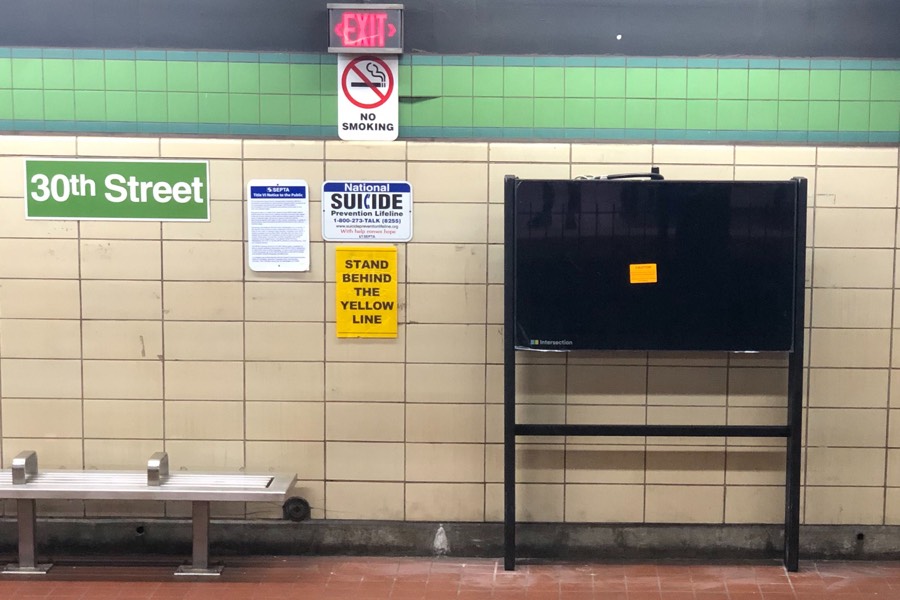 This blank TV screen might one day display an advertisement. Photo by David Murrell.

When we first saw those TVs about two months ago — they’re still turned off, by the way — we got excited, thinking maybe these would be used to display next-to-arrive train information, an incredibly customer-friendly service that virtually every other major subway system on earth other than SEPTA has managed to provide.

Well, we were wrong. A SEPTA spokesperson recently told us that the transit agency is installing 300 new TVs throughout the system, which will mostly display advertisements — along with some system status information. The next-to-arrive system apparently is coming, but the spokesperson says there’s “no definitive date for that feature as of yet.”

So, there’s a bit of bad to go with the good. SEPTA progress does tend to come in fits and starts. Still, we’re excited for pay for a trip with our phones. It’s a nice touch.