City Republicans just elected 31-year-old state Rep. Martina White as their party chair. What’s it going to take for the Democrats to dislodge Bob Brady, who’s held his party’s role longer than White has been alive? 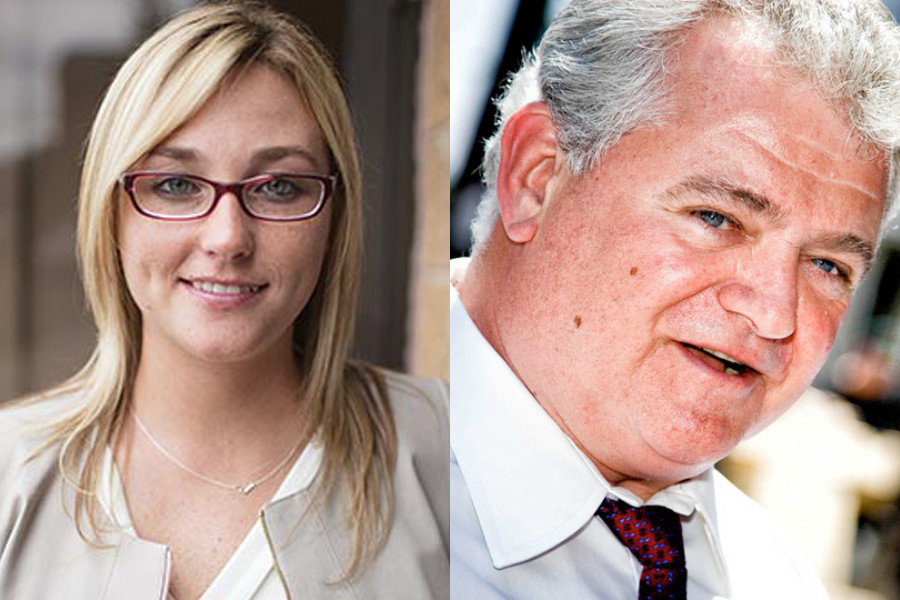 If you overheard the following remarks, you’d probably assume you were at a progressive political gathering:

“We’re bringing in the kind of leadership we need in the millennial community to grow this party.”

“This party is ready for a resurgence.”

“We’re really excited about the future.”

But instead, these were the comments given in a packed room of diehard conservatives after the Republican City Committee elected their first-ever woman chairperson, 31-year-old state Rep. “>Martina White.

Third-generation GOP leader Mike Meehan had abruptly resigned following the historic third-party insurgency of the Working Families Party, which took one long-held minority-party City Council at-Large seat from Republicans and came within striking distance of a second on November 5th. Philly Republicans were faced with two choices: either uphold the status quo by electing another safe, old white male leader, or take a chance with a young rising star.

It’s very seldom that I would ever utter such words, but a fact is a fact: Republicans made the smart choice, and Democrats should take note.

When your party is facing insurmountable loses, you don’t go back to “Philly politics as usual” — you shake shit up. The Philly Republican party as we know it has been succumbing slowly, but with White now at the helm, the death watch is off.

That brings us to Philly’s Democrats. Former congressman Bob Brady, 74, has been the chairman of the Democratic City Committee for more than 30 years. In a city that’s a majority of color, with a diverse delegation of Democrats, why is the party that’s striving to enact progressive policy still being led by a white straight man who isn’t even in office? It’s moments like these where you just have to scratch your head and go “Huh?” Regardless of how masterful or effective any leader might arguably be, serving more than three decades in the same position could make anyone tired.

This recent election showed exactly how tired Democrats might actually be of Brady. Several prominent elected officials defied his warning not to endorse Working Families Party candidates, even after he threatened excommunication for committee members and ward leaders who did so. Beyond some huffing and puffing, it’s still not clear if Brady intends to stay true to his threat to rebellious Democrats. Regardless of the outcome, the writing is on the wall: Brady has lost control of the party he once ran with a tight grip.

What now? Democrats should take their cue from the Republicans and make a bold move on party leadership. Brady and his vice chair, soon-to-be-former Councilperson Jannie Blackwell, should retire. In a town that has a lot of progressive leaders emerging, Democrats keeping two Boomers in power feels regressive. I’d like to see a fresher mix of state House and City Council powerhouses such as Jordan Harris, Joanna McClinton, Derek Green, or even Helen Gym shoot their shot at revitalizing the Democratic City Committee. I think a diverse balance of regional, ideological, and generational leadership styles would do the party’s political establishment some good.

Part of the sentiment that was felt by many who rebelled against Brady’s demands was a sense of dissatisfaction with the current Democratic Party. While Republicans took the political loss, such a blow could also be felt by party machine loyalists who saw their desire to maintain a two-party system get crushed by a landslide. What needs to happen now is Brady taking a hint like Meehan and resigning, with Democrats seizing the moment to elect a more robust, progressive, and exciting leadership class.