If these videos are any indication, Girardi seems to intuitively understand the Philly tradition of losing your shit at sports games. 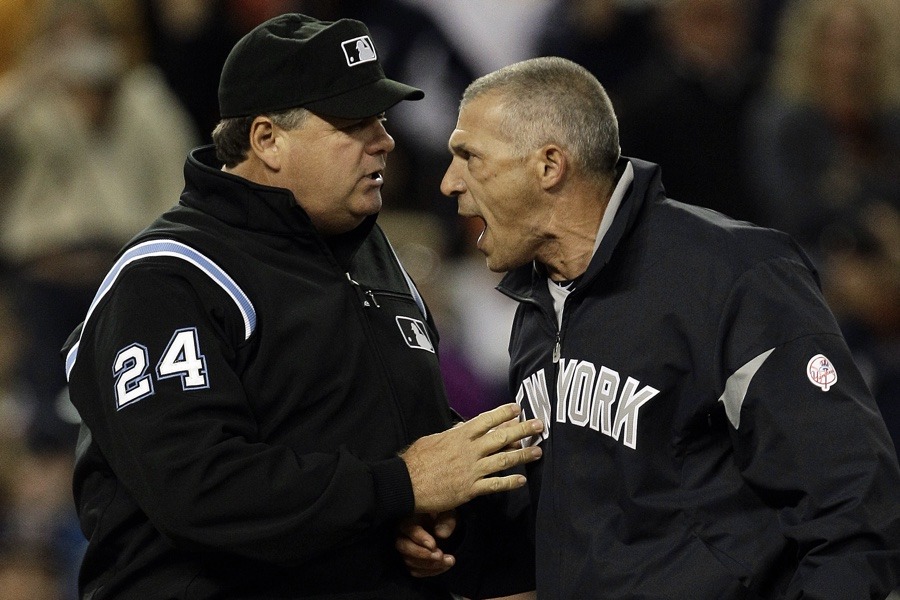 There are any number of intangible factors that probably play some role in producing a successful baseball manager. Is the ability to throw a Popeye-style cartoonish tirade one of them? Probably not. But of the many traditions in baseball, perhaps none is more time-honored than that of the aggrieved manager throwing a temper tantrum.

Maybe that was the problem with now-former Phillies manager Gabe Kapler, who was fired in October after two seasons of managing the team. What if he just wasn’t angry enough? Maybe the best managers reflect the character of their city in some fundamental way. And stoic, placid, rational Gabe Kapler? Well, those are not the adjectives that come to mind to describe the Philly fanbase.

But enter Joe Girardi, the former Yankees manager, whom the Phillies hired as Kapler’s replacement on Thursday. This guy is like the Grateful Dead of neck-vein-bulging tirades. His catalog is so deep, he’s got “greatest hits” compilations on YouTube. (The full “Every Joe Girardi Ejection” video runs just shy of 32 minutes. We’ll spare you that one.)

We shouldn’t short-change Gabe Kapler here, either. He did at least have one YouTube-worthy ejection, back in June, against the Miami Marlins. But Kapler wears his anger like an ill-fitting suit. He thought of himself as a new-age manager, one who was above — for the most part, anyway — meltdowns. As he told the New York Times, “No one comes to Phillies’ games to see me. Encouraging players to play with style and passion will lead to more enjoyable games than managers coming out to yell and kick dirt.”

Look, normally we’d be on Kapler’s side here. There’s too much aggression in sports as is. But the manager tirade as a genre almost stands completely removed from all that. When an argument breaks out, it’s as if you’re watching a staged play. Everyone knows his role. There’s a well-understood sequence of events: the face-to-face, spittle-strewn screaming match with the umpire, and, if circumstances really dictate it, the removing a few of the bases or the covering up of home plate with dirt. It’s all so melodramatic, so infantile, so profoundly un-clever, it begins to feel like satire. (Whether the participants in this play are in on the joke is another question.)

Philadelphia, needless to say, has a legacy of managerial conniptions. Charlie Manuel is among the most beloved Phillies managers of all-time. How did he behave on the diamond? Well, since you asked:

See, Gabe, how the fans reacted to that last one? That could’ve been you out there, fans showering your name down as you yelled in another man’s face! But we get it. It just wasn’t you who were.

If 30-minute YouTube compilations are any indication, though, it is who Joe Girardi is. But Joe, one suggestion for you: If you ever need an outlet for all that pent-up anger, maybe consider a Flyers game?