The New Flyers Rage Room Is an Outrageously Bad Idea

It’s a place where you can pay to break stuff during the game. Apparently, the Flyers anticipate providing plenty of reasons to make fans angry this season. 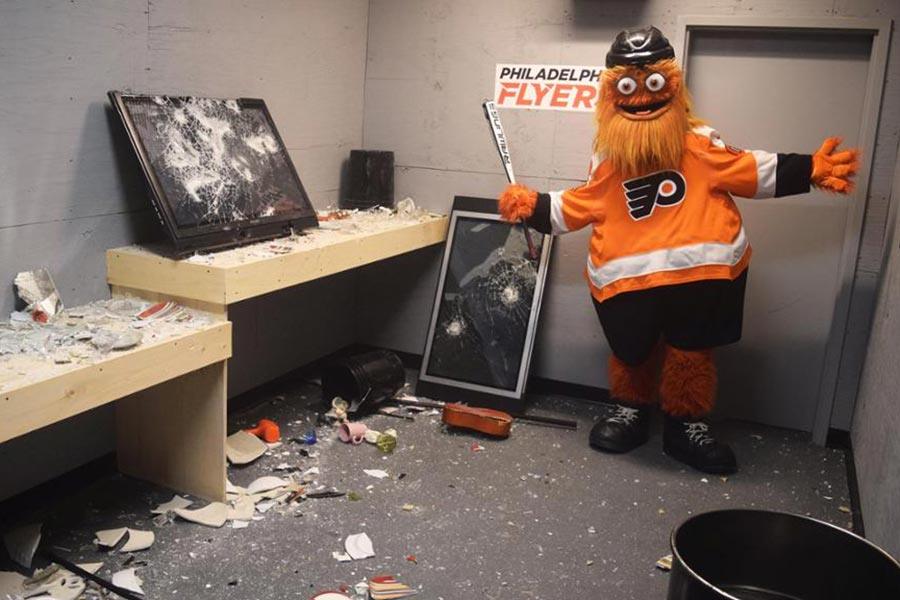 The new Flyers rage room. Photo via the Flyers

Philadelphia Flyers fans haven’t celebrated a championship in more than four decades, so you could forgive them for being a little angry. The team, apparently attuned to this fact, announced on Tuesday that the Wells Fargo Center will now be home to something called the “Disassembly Room,” a concrete-walled cell that brings to mind the old jail in the bowels of the Vet — only this cell you actually have to pay to enter. At which point you get to break stuff:

The Flyers are touting this so-called “rage room” as the first of its kind in any major U.S. sports arena. In some respect, it’s surprising it took this long: Sports and anger are two magnetically attracted forces. For every feel-good sports story, there are a thousand more grounded in the base reaction of outrage. It’s a numbers game, really. There’s only ever one winner, and when fans lose, they get pissed off. Even the mere thought of losing is enough to set them on edge.

In the press release announcing the “Disassembly Room,” the Flyers make reference to the “well-known passion of the Philly sports fan.” Passion is one way to put it. Hyper-masculine aggro idiocy would be another. Some (alleged!) examples: the horse-punching guy, the other horse-punching guy, the Eagles fans who beat up a member of a different Philly sports team, the Flyers fan who beat up a cop, the Phillies fan who beat up a cop … you get the idea.

It’s easy for Philly sports fans to deflect from the city’s unsavory reputation by simply laughing at the overflowing basin of testosterone so frequently on display here. But the reality is that when sports passion transmutes into white-hot anger, it’s not something worth ironically celebrating. (It’s hard not to suspect that the people most attracted to the rage room’s promise of sanctioned aggression will be the same ones who have behaved similarly in their private lives.) The joke ceases to be funny in a world where people get brutally beaten, or murdered, at sporting events.

So that’s the sociological explanation of why the Flyers’ Disassembly Room is a bad idea. But we can take it apart from other angles, too. From a logistical level, it has all the hallmarks of an idea badly conceived, you might say, in a fit of rage.

See, you can’t just show up raging to the rage room and immediately go to town on a couple of innocent television monitors. No, you have to pay $35 to spend five minutes in the room. And most of the tickets are on sale in advance, at particular time slots. The problem, of course, is that frothing rage is more of a sudden, visceral reaction.

But the best part of all is the implication of this whole enterprise. The team appears blind to the fact that fans typically become enraged when the team is performing poorly. Seen in this light, the rage room doesn’t exactly provide a ringing institutional endorsement of the Flyers’ chances in advance of Wednesday’s home opener. If anything should make you mad, it’s that.