He’s the first major-city mayor to throw support behind the Massachusetts senator. 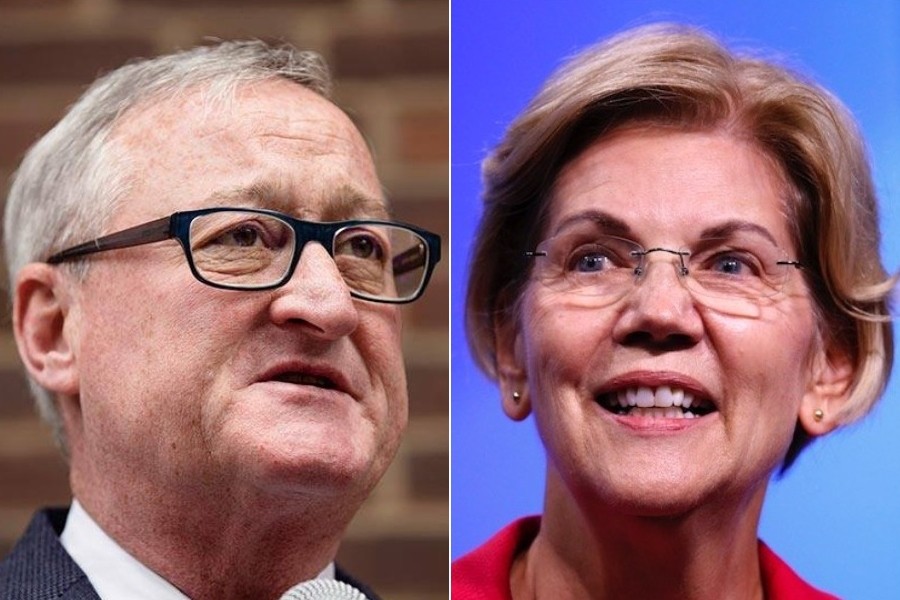 Philadelphia Mayor Jim Kenney has officially weighed in on the 2020 presidential race — and he’s throwing his support behind Massachusetts Sen. Elizabeth Warren.

Kenney announced his endorsement on Wednesday morning, stating that “our nation is in crisis” and “we need a new president with a big vision and bold ideas to put power in the hands of working Americans, not the 1 percent at the top.”

I am endorsing Elizabeth Warren for President because she is a tough and determined leader. She has what it takes to defeat Donald Trump and lead us in the post-Trump era. She will unite us and put power in the hands of working families – & get our nation back on the right track. pic.twitter.com/8dLMOwLwor

“I’m endorsing Elizabeth Warren for president because she will bring us together and put power in the hands of working families,” Kenney continued.

Biden, who’s from Scranton, has strong allegiances in Pennsylvania and Delaware (where he served as a U.S. senator for several decades). The former VP established his campaign headquarters in Philly back in May, and he’s technically a six-figure-salaried Penn professor — though he’s never taught a class at the university and evidently does little for the elite school besides give a few speeches and expand its “global outreach.”

Still, former Pennsylvania governor Ed Rendell has said he supports Biden (and criticized Warren a fair amount). Sen. Bob Casey endorsed Biden, as well as U.S. Representatives Dwight Evans and Brendan Boyle, who both represent parts of Philly. A poll released on October 8th by Susquehanna Research and Polling, Inc. (which earns a C+ rating from the stat gurus at FiveThirtyEight) put Biden as the Democratic primary frontrunner in Pennsylvania, with 17 percent of support from those who participated. Warren followed at 9 percent.

Kenney’s endorsement, though, may align more with a progressive city electorate that, in recent elections, has bucked the Democratic machine. A map of campaign donors across the country published by the New York Times in late August showed Biden lagging behind Vermont Sen. Bernie Sanders, Warren and South Bend, Indiana, mayor Pete Buttigieg when it came to donor support throughout much of Philly.

Warren has also earned an endorsement from the progressive Working Families Party, whose two Philadelphia City Council at-large candidates, Kendra Brooks and Nicolas O’Rourke, are hoping to become the first ever third-party candidates to fill those seats next month.

In a statement on Wednesday, Warren said she was “honored” by Kenney’s endorsement, according to the Inquirer.

“With the Mayor’s support, we can win in 2020 and make the big structural change we need so our government, our economy, and our country works for every person, not just the wealthy and well-connected,” the statement continued.