Despite having his campaign headquarters here, the former VP has fewer campaign donors than Bernie Sanders, Elizabeth Warren, and Pete Buttigieg in many parts of the city. 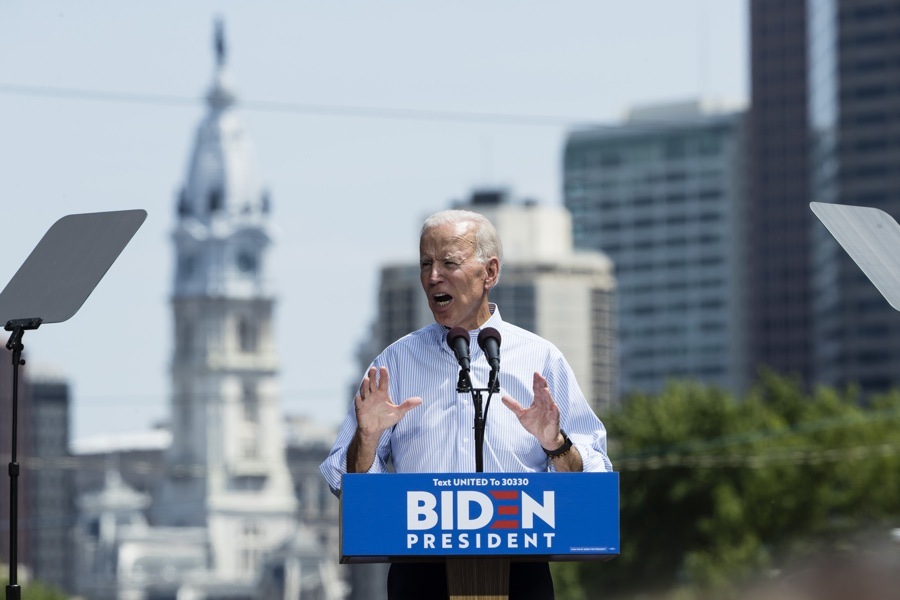 Joe Biden chose Philly as his presidential campaign headquarters. But will Philly choose him back? Photo by Matt Rourke/AP.

Joe Biden, despite some real baggage and his propensity for embarrassing slip-ups (like not knowing his own campaign website), is the Democratic frontrunner for the 2020 presidency. This has been confirmed by any number of national polls, which on average show Biden with about 30 percent support among registered primary voters — more than twice that of any of his closest competitors. A Franklin & Marshall poll from August shows Biden as the leader in the Pennsylvania primary, too.

But those polls belie Biden’s popularity in Philly, the site he’s chosen for his 2020 campaign headquarters. The Scranton native and erstwhile Delaware senator may have just been splitting the geographic difference in picking us for his HQ, or maybe it has something to do with his cushy Penn gig. In any case, Biden’s Philly residency has gotten off to a sputtering start. The opening of his headquarters in July was met not with applause, but with protesters.

And now we have something quantitative to support the qualitative: According to a New York Times map showing campaign donors across the country, Biden has fewer Philly donors in much of the city than Bernie Sanders, Elizabeth Warren, and Pete Buttigieg. 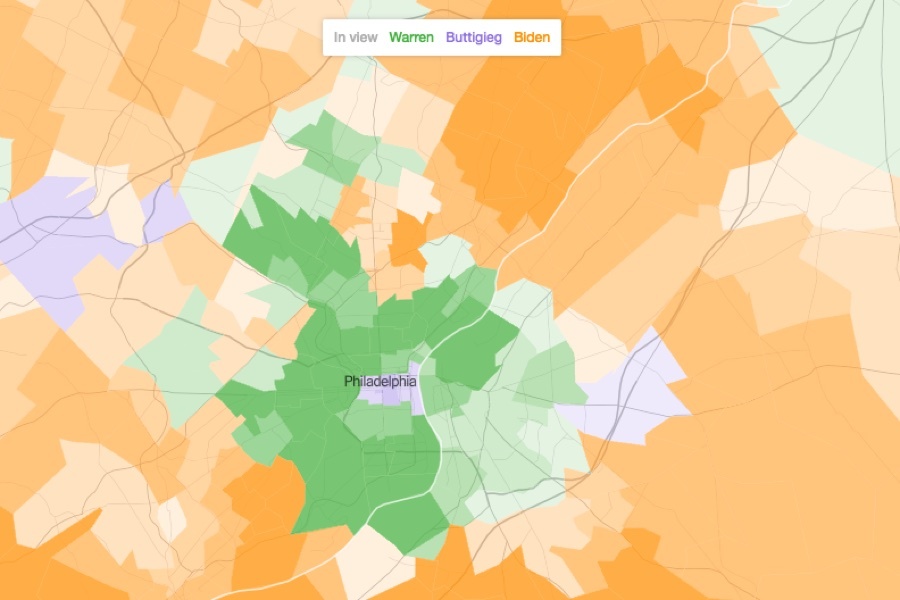 Fundraising powerhouse Bernie Sanders has the most campaign donors from Philly. But even when you exclude Sanders from the map, Biden still lags behind Elizabeth Warren and Pete Buttigieg in much of Philly. Photo via the New York Times.

Perhaps we shouldn’t be surprised. Philly’s electorate — the same one that elected Larry Krasner, arguably the nation’s most progressive district attorney — probably sees Biden as positively right-wing on some issues. Still, despite all that, it’s quite unusual that a candidate — particularly one leading the polls nationally — fails to achieve widespread support in his campaign’s home base.

A cursory glance at the same New York Times map reveals as much: Burlington, Vermont, is the land of Bernie; Boston is a Warren warren; and South Bend, Indiana, is solidly Buttigieg. (Biden did launch his campaign later than those candidates, but the fact that he’s receiving many donations in some of Philly’s western suburbs and in his actual home state of Delaware leads us to believe his lower donor totals in Philly aren’t simply due to a late announcement.)

One of the subplots in this 2020 election cycle is that, unlike many big cities ensconced in firmly blue states, Philly actually bears electoral weight in Pennsylvania. After voting for a Republican president in 2016 for the first time since 1988, we’re officially a swing state. Which is to say: It matters, this time around, whether the Democratic candidate consolidates support in Philly and turns out a significant chunk of the electorate. The 64 percent voter turnout in Philly from 2016 probably isn’t going to cut it.

Based on the early campaign donation stats, it doesn’t seem especially likely that Biden is the candidate to rectify that. But the odyssey that is our election cycle is far from over. If Biden does end up the Democratic nominee in July 2020, at least he’ll still have ample time to try and make amends before November.