Penn Paid Joe Biden $775,000 to Expand Its “Global Outreach” … and Give Some Speeches

The former VP’s financial disclosures reveal that his annual salary was nearly double that of the average Penn prof — and he didn’t even have to teach. 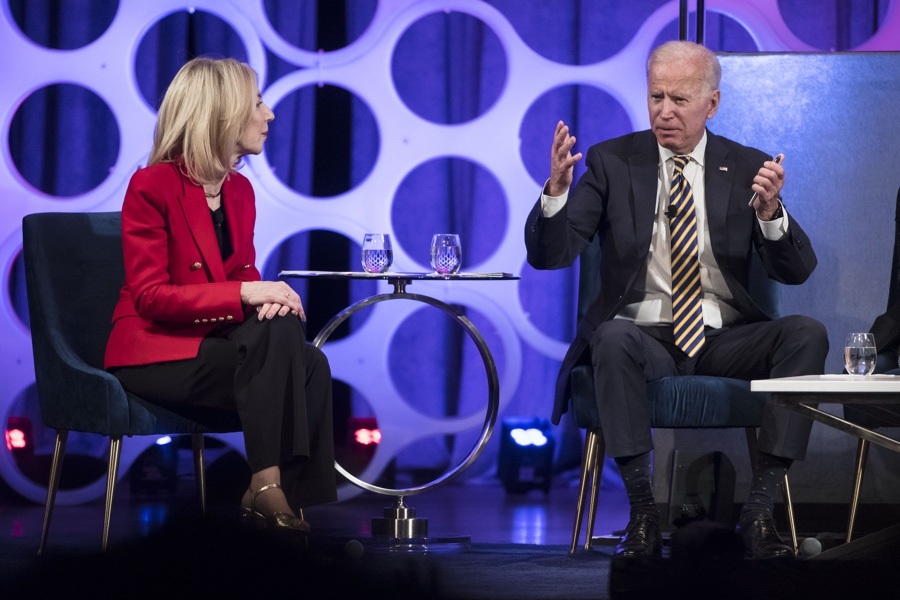 Joe Biden with Penn president Amy Gutmann, at one of his two public speaking engagements at the university in 2019. Photo by Matt Rourke/AP.

When Penn announced in 2017 that former Vice President Joe Biden would be joining its faculty as the Benjamin Franklin Presidential Practice Professor, students were understandably excited. Imagine the scene: undergraduates scrambling to their computers at the dawn of course registration to get a chance to take a class — any class, even a massive lecture! — with one of America’s most eminent and literal elder statesmen. There would surely be a waitlist; maybe even an application process.

But the dream of hearing Biden regale students with White House palace intrigue was in fact always a dream: “He is not scheduled to teach a formal course at this time,” Annenberg School dean Michael Delli Carpini said at the time of Biden’s appointment. And since, Biden still has not taught a single course at the school — despite having a six-figure salary and the Penn Biden Center for Diplomacy & Global Engagement named after him.

According to Biden’s recent financial disclosures — released in keeping with the “tradition” (ahem) of presidential candidates sharing their tax returns — he’s made $15.6 million over the past two years. Penn’s contribution to that total was $776,527, or just shy of $390,000 a year. In 2017, by contrast, the average annual salary for everyday full professors at Penn — excluding high-earners like doctors who don’t usually teach — was $214,000.

What, then, does Biden actually do for all that money at Penn? It’s a good question — one student journalists at the Daily Pennsylvanian have been asking since his appointment. But maybe it makes sense: Passing from vice president to non-teaching Penn prof is a pretty seamless progression from sinecure to sinecure, when you think about it.

But it sounds to us like Biden’s professorship is really more of speaking residency. He’s been on campus so infrequently that it becomes news when he actually is there. The Daily Pennsylvanian even took to publishing a photo essay documenting each appearance: four times each in 2017 and 2018, and twice this year. (Biden’s been on unpaid leave from the university ever since he announced his campaign for president in April.)

The vast majority of Biden’s overall income in recent years has come from his speaking engagements, as well as from his 2017 book about his son, Beau. Biden released a list of 47 paid speaking gigs from 2017 to this year, where his fee ranged from $8,000 for an appearance at a Miami book fair to $235,000 for a book-tour related event. His usual speaking fee reportedly starts at a flat $100,000.