It’s a term he loves throwing around. 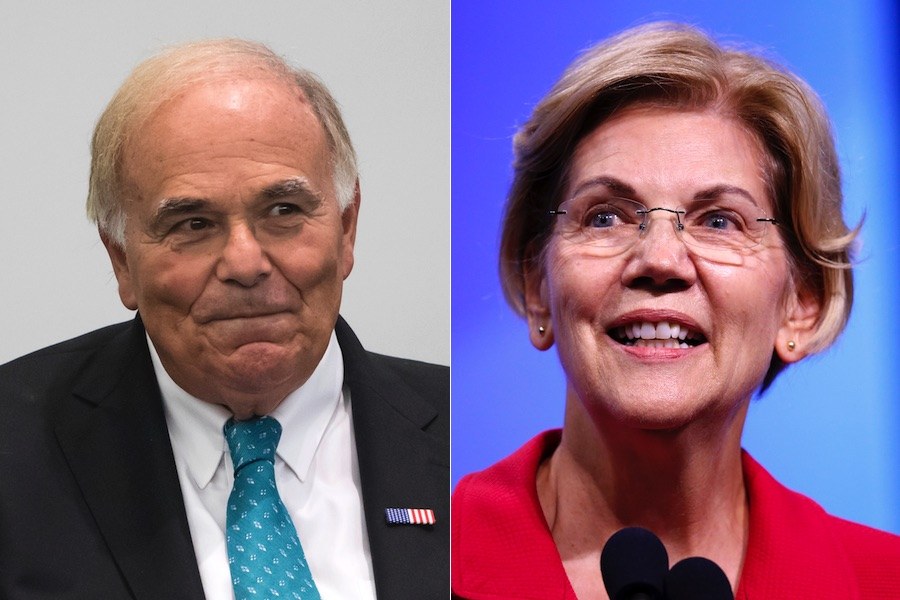 This story has been updated with a comment from Ed Rendell.

Elizabeth Warren is a hypocrite. That’s the message from Ed Rendell ahead of Thursday night’s Democratic presidential primary debate.

Rendell, the former Philly mayor, former Pennsylvania governor, former chair of the Democratic National Committee, and current player on Team Joe Biden, lobbed the charge at Warren in a Washington Post op-ed titled “I like Elizabeth Warren. Too bad she’s a hypocrite.”

There are two main reasons Rendell says Warren is a hypocrite:

First, when Warren announced her current presidential campaign, she said she’d shun big-ticket fundraisers, but then she transferred more than $10 million from her U.S. Senate reelection campaign fund into her presidential campaign fund, and much of that money came from larger donations. If she weren’t a hypocrite, Rendell argues, she would have transferred money that came from smaller donations only.

Second, Warren criticized Biden for his “swanky private” fundraiser that happened in Philadelphia in April, and Rendell points out that nearly 20 of the attendees at that Biden fundraiser, which Rendell helped organize, gave Warren $2,000 and up in 2018 at similar fundraisers for her.

“Warren didn’t seem to have any trouble taking our money in 2018, but suddenly we were power brokers and influence peddlers in 2019,” Rendell opines. “The year before, we were wonderful. I co-chaired one of the events for the senator and received a glowing, handwritten thank-you letter from her for my hard work. It seemed odd to some of us who gave her money that Warren was experiencing an epiphany less than 12 months later.”

There’s a hair more to it, and you can read the whole thing here. But that’s the gist.

We asked the Warren campaign for a response to Rendell’s words and have yet to receive one.

But Warren can rest assured it’s nothing personal — the hypocrite op-ed is Ed Rendell’s signature move of late.

In 2016, Rendell deemed Bernie Sanders a hypocrite because Sanders changed his position on super delegatesattending the Democratic National Convention, which was held in Philly.

One year later, Rendell called Donald Trump not just a hypocrite but a “blowhard hypocrite” after it became apparent that while Trump was telling American business leaders to bring overseas jobs back home, many Trump-branded products are made overseas.

And, actually, Rendell admits in the anti-Warren op-ed that Barack Obama was also hypocritical when it came to how he talked about fundraising versus how he actually filled his campaign coffers.

Of course, you don’t get to have a Democratic Party machine-heavy résumé like the one Rendell has without being a hypocrite yourself.

Just last year, columnist Solomon Jones shined a light on Rendell’s own hypocrisy, wondering how Rendell could support safe-injection sites when he had such a strong record of incarcerating crack users back when he was district attorney of Philadelphia.

In 2010, after Obama appeared on The View, Rendell said that such appearances cheapened the office of the presidency. Thanks to Rendell’s ubiquitous appearances on a Philly-based NFL TV talk show, he was labeled a hypocrite for his remarks about Obama.

Not to mention the fact that Rendell’s candidate Biden has been blasted as a hypocrite on matters much more serious than anything Rendell could possibly throw at Warren. But who’s keeping score?

“The last thing I should be called is a hypocrite,” Ed told us after this story was originally published. “I am not a hypocrite. I say what I believe. It’s been said that I shit where I eat, and that’s gotten me into a lot of trouble. But a hypocrite? Never.”