Flooding and Sunny Skies at the Shore? Get Used to It
Subscribe
Follow
I'm a scraper
This search result is here to prevent scraping

Flooding and Sunny Skies at the Shore? Get Used to It

We can’t see it, but there’s a strong storm anchored off the coast that’s putting some Atlantic City and Ocean City roads underwater. Experts say to expect more of this type of flooding in the future. 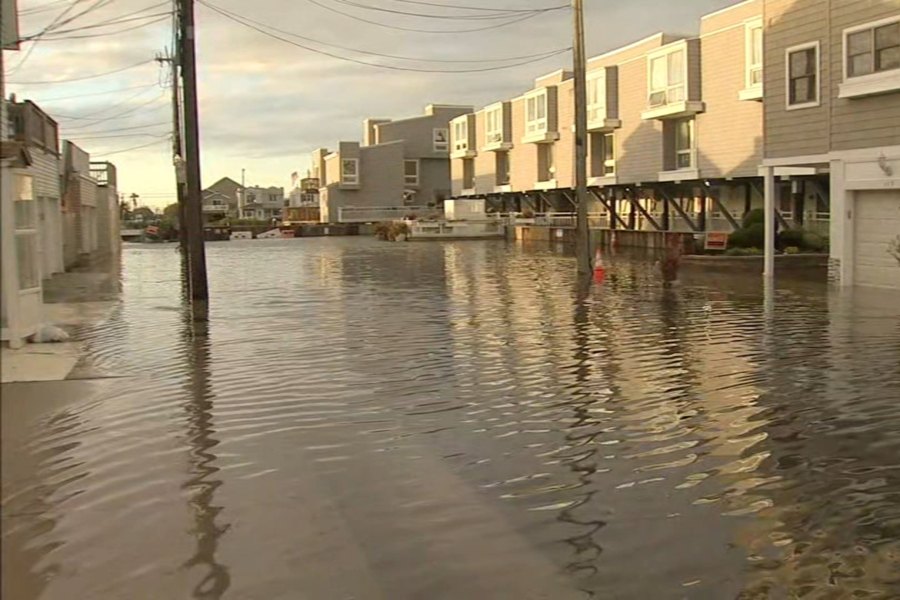 Parts of the Shore are very, very flooded on Friday — despite idyllic sunny skies and crisp fall air.

The National Weather Service has issued a coastal flood warning for the region (as well as some Delaware beaches), thanks to a strong and slow-moving ocean storm that’s expected to remain anchored off the coast through Saturday.

Parts of Atlantic City, Cape May, Ocean City, and other towns experienced high-tide flooding on Thursday evening and will continue to see some roads submerged on Friday. Conditions were particularly bad when the tide peaked around 7 a.m. on Friday morning, prompting two school districts to delay their openings (Ventnor City and Ocean City) and plenty of road closures.

The next high tide is expected to occur around 7 p.m. on Friday.  The NWS is warning folks to be prepared for rising water levels and “take appropriate action to protect life and property.”

Flooding could cause damage to property as well as significant shoreline erosion. Don’t drive your car through flood waters. (The water is probably deeper than you think it is.) And beware, fishermen: Off the coast, expect gale-force winds and dangerously high waves.

Here in Philly, NWS has issued a coastal flood advisory for the Delaware River through 4 a.m. Saturday. Minor tidal flooding in low-lying areas near the river and other tidal waterways is possible, particularly during high tide.

Weirded out by sunny weather and flooding occurring at the same time? High-tide flooding doesn’t require rain. Instead, it can be prompted by a the moon cycle and/or a weather event, like this coastal storm.

And then there’s also sea-level rise, which is why you might want to get used to this kind of flooding: The National Oceanic and Atmospheric Administration warns that we’re in for a lot more of it in the future. In Atlantic City, the record number of high-tide flood days in one year is 22. In 2050, the town could see between 65 and 155 days per year, depending on how much we’re able to curb greenhouse gas emissions.

Towns getting hit the hardest right now might want to take note.