The renegade City Council member talks being a workaholic and the unlikely places she gets “a lot of stuff done.” 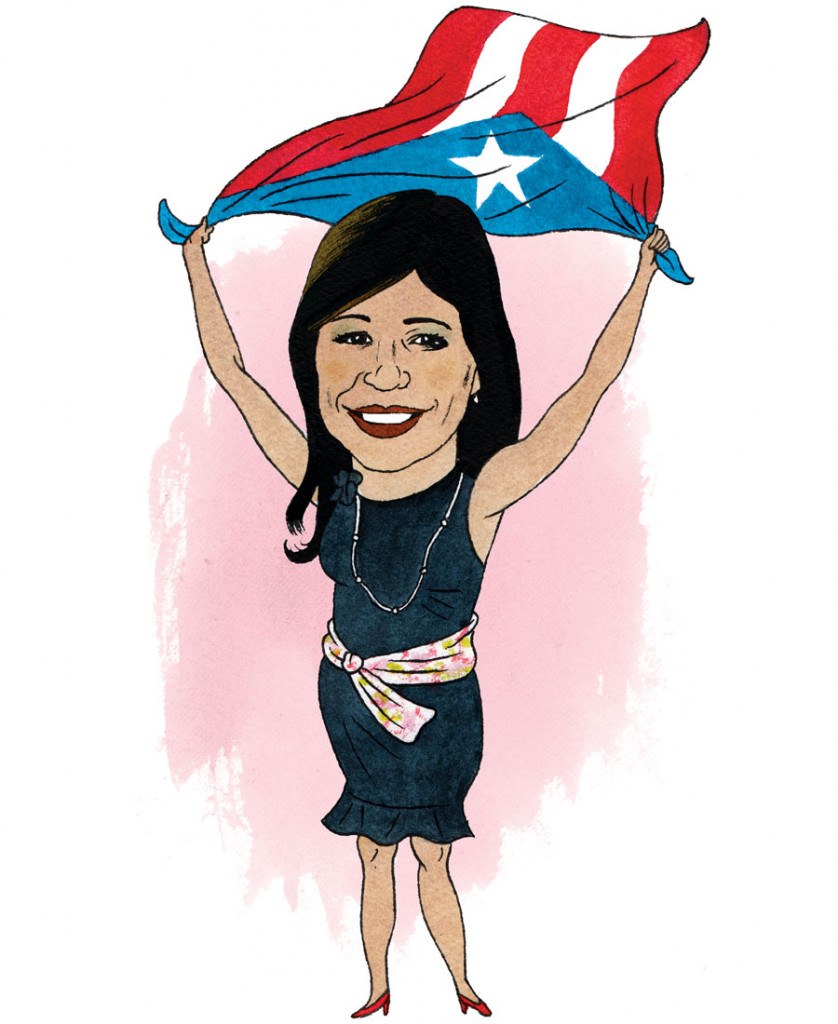 I came to Philly … in 1969, when I was six months old, so I am a full Philly Rican. I grew up with two brothers and no sisters, and that’s why I can be so rough.

One Spanish word my mother used regularly with me was … “Malcriada!” It means sassy-mouth or fresh-mouth. Basically, it’s a you-need-to-shut-up kind of thing. I always had something to say.

The most rewarding thing about my job is … actually helping people and getting the city to understand that government shouldn’t be a hindrance, but a facilitator.

The most frustrating is … bureaucracy — people always trying to get to the no as opposed to the how.

The chances of me ever running for mayor are … quite good. But I’d be violating ethics laws if I gave you any kind of timeline.

After I lost my home in a fire five years ago … we bought a dog. His name is Norman, a shih tzu. My son wanted to name him Cudi, after rapper Kid Cudi, and I said I was not going to have a dog unless the dog had a normal name.

The last time I was in Puerto Rico was … in August. We’ve had a house there in Fajardo — the largest marina town in the Caribbean — for 13 years. I love the beach.

In my district, I frequently visit … the pubs. You get a lot of stuff done visiting pubs. You see a lot of people. You hear what’s going on. My district includes 13 neighborhoods in the lower Northeast. There are lots of pubs.

My relationship with Philly’s Democratic establishment these days is … that it’s my party and I’m going to make it better, even when it doesn’t want to be.

On his report card, I’d give Mayor Kenney a … B-minus. Actually, you can make that a C-plus.

I believe the soda tax … is regressive and unfair but that it will live through the Kenney administration.

One City Council member who really needs to go is … Henon.

People would be surprised to know that I can … cook, very well. I cook traditional Puerto Rican food. In fact, for our annual Council luncheon that’s happening after Thanksgiving, Councilperson Cherelle Parker said, “You’ve gotta make your roast pork!” We do a potluck, but let’s just say that maybe only one other person brings homemade food.

The biggest difference between Philly now and when I joined Council in 2007 is … that its population and infrastructure are growing, but not equitably.

I wish that I could … add hours to the day. I’m a workaholic. I wake up reading crime reports, and I go to sleep making sure I’ve responded to everybody within 24 hours. The old David L. Cohen rule.

I am mortally afraid of … heights. Even some steeper stairs.

The last movie I saw in a theater was … Vice, the Dick Cheney movie. It was scary to believe that all of those things happened.

The year 2020 is going to be … transformational — hopefully.

Published as “One of Us: Maria Quiñones Sánchez” in the October 2019 issue of Philadelphia magazine.