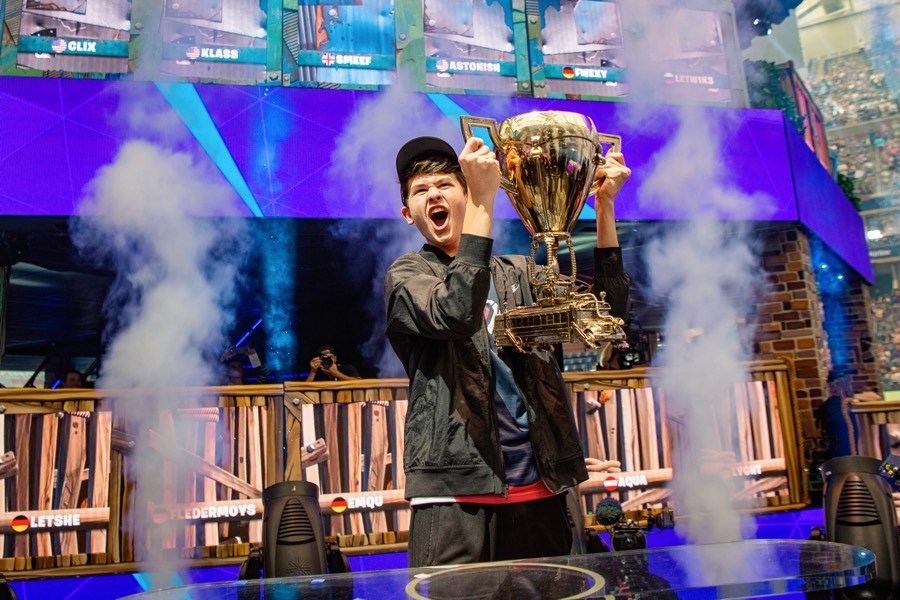 Kyle Giersdorf, born December 30, 2002, is a multimillionaire. He goes by the name “Bugha,” and he is a professional video game player. Specifically, his trade is Fortnite, the cartoonish shooter strategy game that is played by about 250 million people worldwide. (It is also the source of that insufferable “floss” dance you’ve likely seen the youths doing.)

Bugha, who’s from Pottsgrove, hasn’t been a multimillionaire for long. Just one day, really: On Sunday night, he won the inaugural Fortnite World Cup, hosted — in person, in front of thousands of people, and streamed before 2 million — at the Arthur Ashe tennis stadium in New York City. Forty million gamers sought to qualify for the Cup, which had a prize pool of $30 million. Bugha walked away with the $3 million grand prize.

Credit the internet for helping invert who can make money in the world. Teens used to be more or less shut out from being rich, unless they were photogenic enough to be a television star, or athletic enough to be a sports star, or clever enough to run a pyramid scheme. But these days, you can earn millions just from playing a video game most other people play for fun — which, come to think of it, sounds a whole lot like real sports!

Fans and advertisers alike are still exploring the new topography of esports, but the early returns suggest plenty of fertile ground. The entire esports industry is expected to produce $1 billion of revenue this year. In Overwatch, a different video game, there’s a professional league where the buy-in for teams started at $20 million. (Comcast bought Philly’s franchise, the Fusion, and is now building $50 million stadium for them in South Philly.)

Prior to the World Cup, young Bugha, who reportedly eats a Wawa sandwich before every important match, had only won about $25,000 in prize money. Now with $3 million in change, he’s won more tournament prize money than any Fortnite player in history. His one-day winnings also happens to be about five times the annual salary of Phillies star Rhys Hoskins.

One of the nice things about the new generation of gamers is that most of them haven’t yet had their personalities neutered by an all-powerful PR apparatus, which means they actually say some amusing stuff. For instance: Harrison “Psalm” Chang, who took the $1.8 million second prize at the event, said he either planned to gamble away all his winnings or invest them; it was a toss-up. “It’s great representing the old dudes,” Chang added. “Fortnite is a young man’s game.”

Bugha, for his part, took a more sober approach. “Honestly, I’m going to save all the money and put it to my future,” he told ESPN.  Smart kid. Or maybe he just didn’t have much choice — at 16, he’s too young to gamble, anyway.