Think esports aren’t “real” sports? Tell that to the $50 million arena to be built for our local Overwatch League franchise. 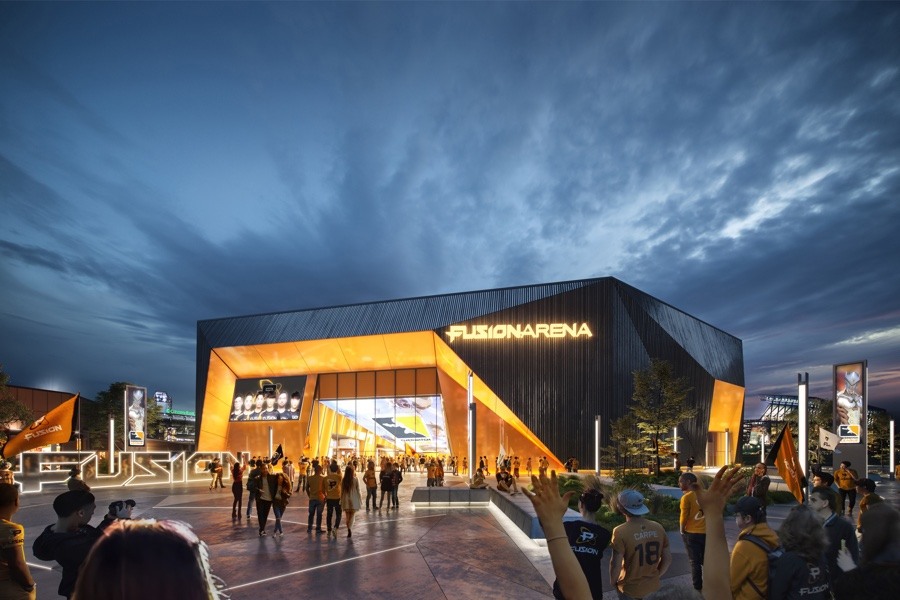 Chances are, when you think of the South Philly sports complex, your mind goes to this city’s most historic sporting franchises: the Flyers, the Eagles, the Phillies, the Sixers. Soon, there will be another team on that list: the Philadelphia Fusion. On Monday, Comcast Spectacor announced that the franchise — which, if you haven’t heard, is our professional esports team in the Overwatch League — will have a new home smack between the Linc, Citizens Bank Park, and the Wells Fargo Center.

If you’re unfamiliar, the very notion of esports — a proliferating industry that’s expected to make more than $1 billion this year — may sound like an oxymoron. But watching people compete against each other in competitive video games — including the shooter game Overwatch — is becoming increasingly popular here and around the world. Esports advocates would rather have you focus on the suffix than the prefix. (If you’re still skeptical, read our feature from Philly Mag’s March issue and decide for yourself.)

Even if you refuse to put the Fusion on the same tier as the Phillies, Comcast’s opinion is clear: By placing the Fusion’s arena amid all of Philly’s other most relevant sports franchises — sorry, Philadelphia Union fans — the company is emphatically signaling that its esports franchise is just as legitimate as any other in the city. And with a stadium that has a sticker price of $50 million, it’s a hard point to deny.

If the renderings are to be believed, the Fusion Arena will instantly become the best-looking sports arena in the city. You can thank Populous for that. The architecture firm behind the project has a top-notch pedigree, having designed the O2 arena in London and the Emirates Stadium for soccer club Arsenal, as well as Heinz Field in Pittsburgh. The Fusion’s new home will be much smaller compared to those buildings, seating only 3,500 people. But that still makes it the largest newly constructed, dedicated esports arena in the entire Western Hemisphere. (A bigger esports arena exists in Arlington, Texas, but it’s been converted from an old convention center.) 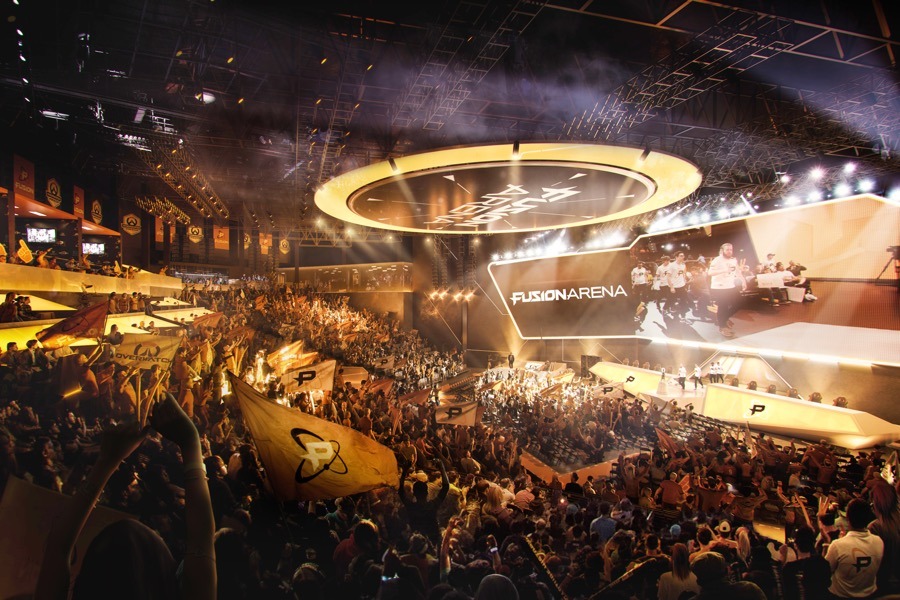 The inside of the stadium won’t have a court, but rather a stage on which the athletes will play. Photo courtesy of Comcast Spectacor.

Comcast isn’t just expanding its physical esports footprint. In February, the company also announced it would be partnering with Korean phone company SK Telecom to create an new esports organization called T1 Entertainment & Sports, which will field teams in a number of different video games, including League of Legends, Fortnite, and Super Smash Brothers. These clubs won’t all be moving to Philly — most esports leagues still aren’t actually tied to geography and are linked only through an internet connection — but it’s yet another strong sign of support from Comcast Spectacor, which seems to be doing everything in its power to shrink the perception gap between esports and regular sports.

The Overwatch League is unique in that it was the first esports league to adopt a franchise model where teams are actually based in cities, as is the case with conventional sports. The teams haven’t moved to their host cities yet, and currently play all of their matches in California. But the league just announced that by 2020, the Philadelphia Fusion and all of its peer organizations will be coming home. Which means you can expect a whole lot more esports arenas cropping up around the country between now and then.

Comcast’s stadium for the Fusion won’t be finished until 2021, meaning the team will be playing some matches next season in temporary locations — including at Boardwalk Hall in Atlantic City. But the Fusion will be coming soon. You just have to be patient and, to borrow a phrase, trust the process.