Puzzled by That Ad Comparing Philly to Barcelona? It’s Not Such a Stretch, Says Tourism Head

Even if you don’t buy Visit Philly CEO Jeff Guaracino’s rationale, he really just wants to get people talking about his ad. And it’s working. 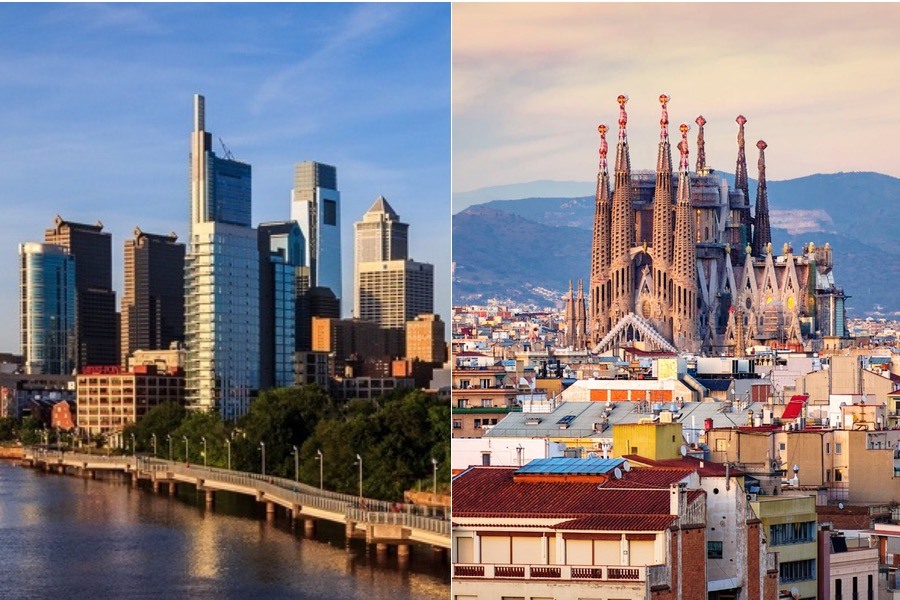 Do these places look to have a similar vibe? Photos by Alejandro Sanchez Fuentes and Eloi_Omella (Getty Images).

Philadelphia has seen a record-breaking number of visitors for seven straight years in large part thanks to the advertising efforts of tourism agency Visit Philadelphia. CEO Jeff Guaracino has been involved with a number of the group’s most visible campaigns — from the 2003 “Get your history straight and your nightlife gay” tagline geared toward the LGBT community to the “With love, Philadelphia XOXO” phrase that you’ve probably seen just about everywhere since it was first unveiled in 2009.

Guaracino was hired to replace tourism icon Meryl Levitz as CEO of Visit Philly last year. His first campaign as the big boss is titled “Filadelfia — you gotta feel it” and is running through the summer. The various advertisements are meant to target Latinx millennials, whom Guaracino calls the “chief influence officers for their family.”

The campaign includes one head-scratching ad, which exhorts people to visit Philly because it’s got “A Barcelona vibe without the jet lag.” We’re not sure about that, but we caught up with Guaracino to hear more about his rationale there, and how he’s planning to influence those influencers. 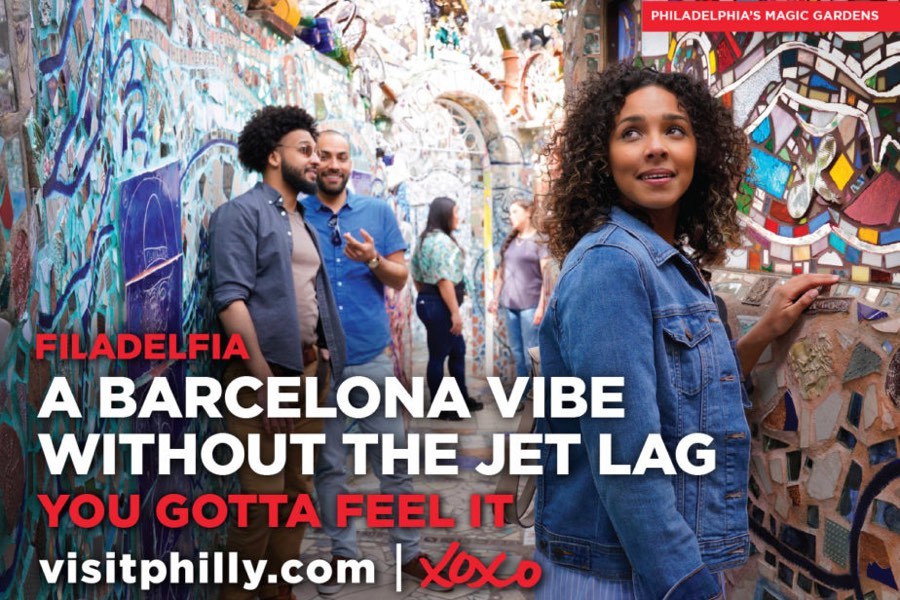 You did an LGBT campaign in the early 2000s, when a gay-friendly marketing approach wasn’t common. There seems to be a trend in your own work where you’re trying being inclusive in your marketing. Do you frame campaigns thinking in that respect, or is targeting a specific group just a dollar proposition for you?
It is about good business. I do believe that general inclusion throughout all that we do represents the diversity, the authenticity, and the reality of our great city and region.

You could make a strategy call to say “This is designed to reach 2 million Latinx millennials, and therefore we wanted to start a conversation and just do that in Hispanic-only media.” What we decided to do is launch our newest campaign in the most diverse place probably in the universe, which is New York Penn Station. We think it speaks to all different kinds of people who will notice that this campaign is out there. People are no longer just checking a box how they identify ethnically, by gender, racially. We want people to know — and that was the underlying premise — that no matter who you are and where you are in your walk of life, you’re warmly welcomed here.

I get a kick out of the notion of advertising for one city in the middle of another. It’s as if you’re telling these travelers who arrive at Penn Station, “Well, are you sure you want to go to New York? You could be in Philly.” It’s a clever ploy.
It’s not necessarily always to reach visitors. We look for those transit hubs. Right now, D.C. is advertising in our market. They’re on the big buses. Part of the competitiveness of our industry is that we’re competing for people’s time, money, and interest to travel. D.C. wants people from Philadelphia to say, “Hey, I want to get out of Philly.” Instead of picking the Jersey Shore, they want them to go to D.C. because it’s a two-hour train ride.

Is there something in particular about summer where you strategically try to target people outside of Philly?
This year, in wintertime, we spent more money in the Philadelphia “designated market area,” which reaches 7 to 8 million people. We thought we could reduce our D.C. advertising spend, and spend more money here, because you don’t know what the weather’s going to be. We couldn’t predict that the government shutdown would have happened December 22nd and last for as long as it did. That was lucky, because when people aren’t working, they’re not traveling. In summertime, we know there are more weeks of travel. People tend to jump in a car. Bad weather doesn’t tend to be as much of a deterrent. So that’s why we are going further out with bigger messaging.

One of the taglines in this Filadelfia campaign is, “A Barcelona vibe without the jet lag.” A few people have been remarking they don’t see how Barcelona equates to Philadelphia in vibe. You’ve got the picture of the Magic Gardens, which brings to mind Gaudi, so I give you the credit there. But what’s the other rationale?
We went back and forth on that particular ad a lot. We felt that the image was so strong — and in advertising, you only have a short period of time. I’ve been to Barcelona a number of times, and between our outdoor cafes, our food scene, our live music scene, we thought it was enough of a nod and enough to get people talking about it. That’s what you want advertising to do. We’re not saying we’re better than anyone else, we’re not saying that we’re a replacement for Barcelona. The ad was very intentional to just get people’s attention.

I was thinking you’d go with Mexico City with the cuisine angle. But maybe that’s an ad for another time.
It could be. Keep in mind, there were 250 different advertising units within Penn Station. Then we also added the mobile targeting. For the last month, we’ve been collecting the unique mobile device IDs and then we’re able to serve up ads while you’re in the station, and then re-serve up an ad a month later. There’s a whole technology layer on top of it that you don’t see.