The whiz behind some of the city's most attention-grabbing ad campaigns gets his shot to run our tourism agency. 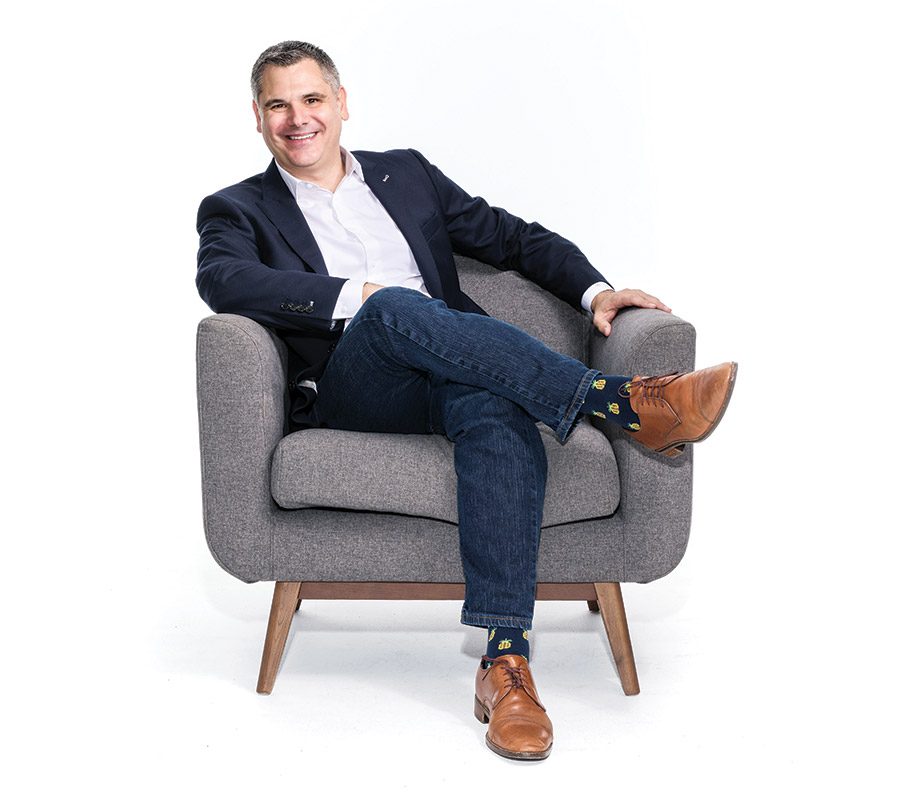 You’re taking over from Meryl Levitz, who’s run Visit Philly since its outset. In 22 years, she oversaw a doubling in the number of overnight leisure travelers. That’s a tough act to follow.
It is, but I’m glad I have a chance to follow it. Back in 1996, people didn’t believe in the city. Now, the city is in a much better place. People want to be here.

In 2003, you orchestrated a marketing campaign for Philly with the slogan, “Get your history straight and your nightlife gay.” At the time, much of the country was less accepting of LGBT folks. Did it feel like a big risk?
Totally. But it was all calculated risk. Philadelphia was already gay-friendly. Philadelphia’s had a reputation since its very beginning that all are welcome.

Visit Philly saw a $153 return on investment for every dollar spent on that campaign. So it must have resonated.
It did. At the time in tourism, the conventional marketing was more of a sex-appeal kind of marketing. Here, we embraced that it’s American history, it’s nightlife, and you’re going to have a great time.

In the past 20 years, there have been only two declines in visitors to Philadelphia: in 2001 and in 2009, both post-recession periods. Is there any way to insulate tourism from the whims of the market?
You pointed to two global events that had major ripple effects throughout the economy. One was terrorism — people stopped flying; they stopped traveling. The same thing with the global recession in 2008-’09. Philadelphia tended to rebound quicker than the rest of the country. And why is that? Because we’re close by, we’re accessible, we’re more affordable. And when there are events like terrorism, or the economy shrinks people’s pocketbooks or their 401(k)s, they go, Maybe we’ll put off that two-week trip to Europe. They say, You know, let’s go to Philly for a few nights.

Even if Philly’s profile is growing, the country, at least internationally, has a negative reputation at the moment.
I think that where Philadelphia has stood out in the national dialogue, which has really benefited us in the tourism industry, has been Mayor Kenney’s words that everyone is welcome here. We had Pitbull on July 4th. That was really specific — he is the son of immigrants; he’s building schools, not building walls. His whole message on July 4th was that we are all welcome in Philly.

When you were working in Atlantic City, you gave the Inquirer this pitch for visiting there instead of Philadelphia: “You don’t see Paris Hilton in a Philly nightclub, or Tiesto performing in Philadelphia, or David Guetta selling out a club in Philly.” Now that you’re back, I would humbly ask you to give a reverse pitch.
Who’s the audience for the pitch?

They’re prospective tourists — they have one day left, and they can either go to Atlantic City or Philadelphia.
What time of year is it?

It’s November.
The first thing is, as you start to see the world through global eyes, Atlantic City is part of our region. But for great restaurants, great shows, and even a great nightlife, I think staying overnight in Philly, you’ll have a much better time. [whispering] But you can take a quick hour trip to Atlantic City, see it, and come back.

Published as “Jeff Guaracino Takes the Reins” in the November 2018 issue of Philadelphia magazine.