Naturally, not everybody was happy when word got out that the presidential candidate visited the iconic Jersey Shore club over the weekend. But it looks like he actually didn’t. 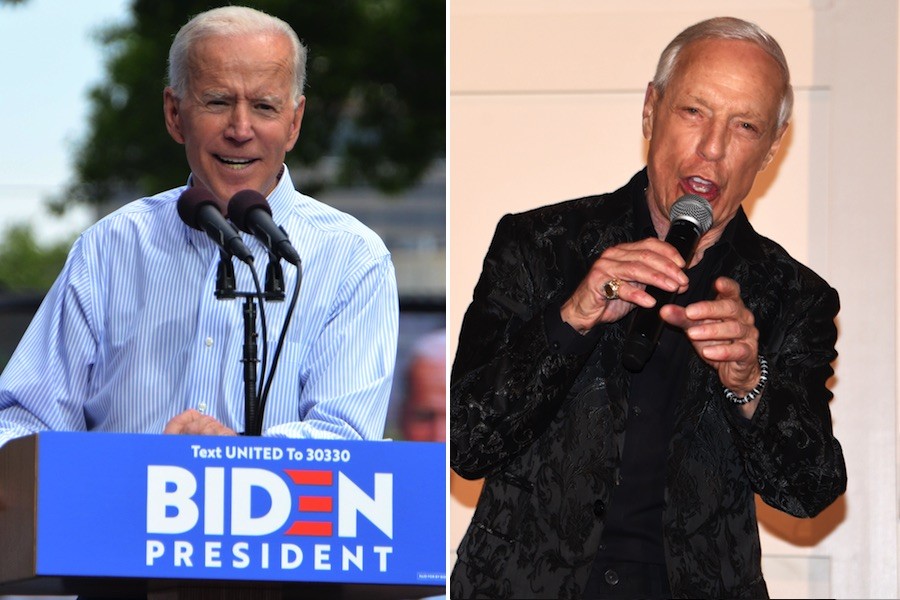 Memories in Margate has long been one of the main see-and-be-seen destinations at the Jersey Shore, and occasionally, a bona fide celebrity sighting comes out of it. Why, just last summer, Kellyanne Conway made a big splash at the iconic club, posing with owner/DJ Jerry Blavat, aka the Geator. So when I heard that Joe Biden was at Memories in Margate on Saturday night, it wasn’t exactly hard to believe.

“Joe Biden is in the house!” proclaimed Blavat’s official Facebook page at 10:49 p.m. on Saturday, with Memories in Margate as the check-in location.

Naturally, this being 2019, the Biden announcement was met with some hostility on Facebook.

Oh, yes, there was the guy who simply wanted to know if Biden could do the Bristol Stomp, referring to some dance that people used to do back when JFK was in the White House. And there were those who thought it was pretty cool that the guy who could very well be the next President of the United States would visit Memories on a random Saturday night.

These Kellyanne Conway Photos Are the Most Margate Things Ever
Jerry Blavat Finds the Fountain of Youth
One of Us: Jerry Blavat

But, by and large, Biden didn’t exactly poll high on Blavat’s page.

“Throw him out!” wrote one person. “Boooooo,” said another. And a few people referenced the controversy over Biden’s propensity for touching, with comments like “Creepy Uncle Joe” and “Warn the ladies’ room attendant.”

Since Biden is all over the headlines these days, exponentially more so than any of his opponents (for now), and given that his national campaign headquarters is right here in Philadelphia, I thought his appearance at a popular Jersey Shore club and the reaction to it were perfectly newsworthy.

Find me a good photo, demanded my editor. If Joe Biden was at Memories, there have to be photos on social media.

But when I went looking for photos of Biden at Memories, I couldn’t find a single one. Kellyanne Conway at Memories was all over Facebook, but not the guy far ahead of Donald Trump in key battleground states?

I checked in with TJ Ducklo, the national press secretary for the Biden 2020 campaign. (Can you imagine being the national press secretary for the Democratic frontrunner and getting an email about your candidate at some Jersey Shore club?) But Ducklo didn’t have anything helpful to add — not even a simple confirmation or denial. Apparently he has more pressing issues to attend to.

So I went to the Geator himself.

According to Blavat, it turns out that Biden didn’t visit Memories on Saturday. (Note that the errant Facebook post was still up on Tuesday morning.)

“It was an impersonator who looked exactly like him,” says Blavat. “He was shaking hands with people, taking pictures, and asking them to vote in the primary. You couldn’t tell the difference.”

Blavat then went on to tell us that Biden used to come out to the dances that Blavat used to organize way back in the day in Delaware, where Biden grew up.

“I saw him years later,” remembers Blavat. “He told me his daughter Ashley was a fan.”

As for Biden’s actual whereabouts on Saturday night, he had no scheduled public appearances and his campaign isn’t revealing his comings and goings from the weekend, so it’s anybody’s guess.

And, yes, I’m totally leaving open the possibility that it was Biden at Memories, in spite of what Blavat said. One can only hope that a video of him doing the jitterbug surfaces as proof.