City officials announced the new pilot program on Tuesday. Don’t worry: You still won’t have to move your car. 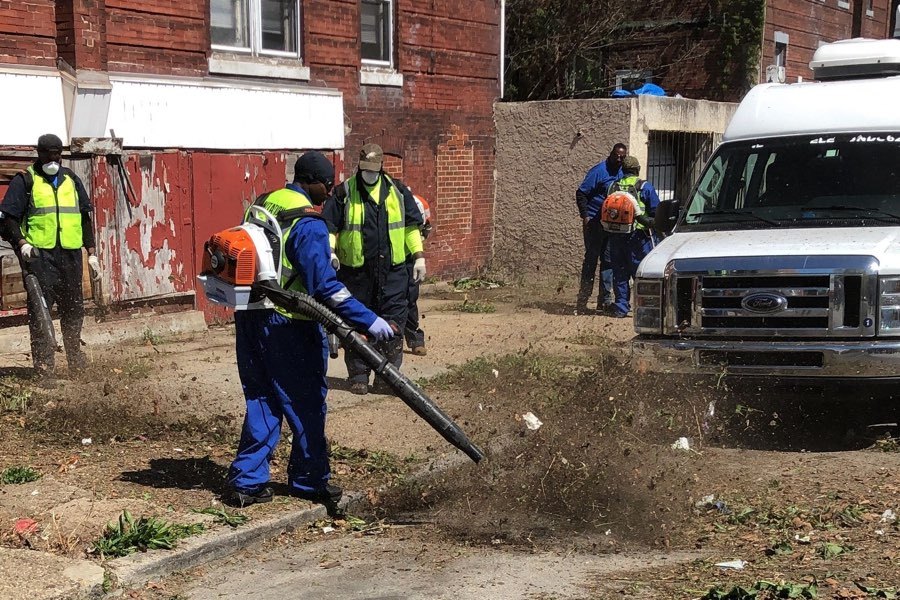 Trash is in the air. Photo by David Murrell.

On Tuesday morning, city officials unveiled a new street sweeping pilot program, which means Philly no longer holds the dubious distinction of being the only major U.S. city without residential street sweeping.

Mayor Jim Kenney, who has long advocated for citywide sweeping, attended the announcement at the 5700 block of Greenway Avenue in Kingsessing, alongside Councilmembers Kenyatta Johnson and Jannie Blackwell, whose districts include Southwest Philly. The new initiative — which runs from April to November and will cost $425,000 — will only bring sweeping to six neighborhoods, but we’ve got to start somewhere, right?

The six sweeping locales — in West and Southwest Philly, North and South Philly, and in Kensington and Strawberry Mansion — were selected because they ranked near the top of the city’s quantitative trash ranking called the “Litter Index.”

The main argument against street cleaning has been that for residents, it’s a pain to move their cars. At the press conference on Tuesday, Councilmember Johnson sought to change the narrative, remarking, “I was born and raised in Philadelphia. If we can move cars for a block party, then surely we can move cars to clean up our neighborhood!”

The difference, to reticent residents at least, is that block parties don’t occur weekly like street cleaning does, and parties are more fun than a bunch of hulking trash sweepers prowling the streets. In any case, it’s a moot point, really, because despite Councilmember Johnson’s gentle encouragement, residents won’t be forced to move their cars in any of the six neighborhoods that are part of the city’s pilot program. (Keep in mind: This is separate from the select commercial corridors that the city already sweeps. In those spots, you’d still have to move your car.)

Since getting people to move their cars in residential areas has been a non-starter, the city came up with a creative loophole: Send out teams of trash sweepers on foot, armed with leaf blowers, to funnel litter from the sidewalk and beneath parked cars out onto the street. Then, the sweeper trucks will swing by, dutifully swallowing up the litter. Streets Commissioner Carlton Williams said crews would spend about 15 minutes, the day after trash pickup, cleaning each block.

Here’s a sneak peak of the sweeping in action:

It was a vaguely dystopian scene, as the blowers emitted a droning whir on an otherwise calm spring day. Discarded wrappers and leaves shot up into the air — leaving a pungent trash odor in their wake — before vanishing between the rotating brooms of the sweeper trucks.

“Dirt is blowing into our lungs,” said Jake Leifer, a member of the environmental activist group 5th Square who was present to voice his opposition to the city’s leaf blower strategy. Liefer was concerned about the dust exacerbating health problems like asthma for those who live in the neighborhood. He wasn’t wrong about the air quality immediately surrounding the leaf blowers — the city employees manning them wore dust masks over their faces.

Commissioner Williams insisted the city’s program was simply a trial, subject to change based on community feedback. When informed of Leifer’s criticisms, Williams said, “We’re going to monitor those concerns. But the bigger concern is — did you see the sidewalks before we started to clean?” 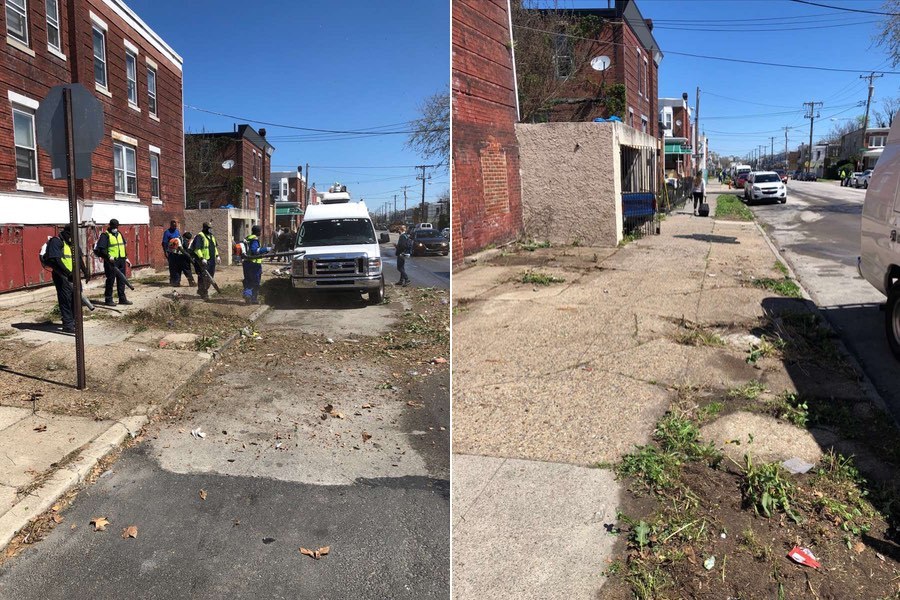 On left: Sweepers at work. On right: The calm after the storm. Photos by David Murrell

There is at least one advantage to the city’s blowers-on-the-ground approach: The sweepers will be able to remove trash from the sidewalks as well, which would be impossible with only a fleet of sweeper trucks. As any resident of a trash-filled Philly neighborhood can tell you, sidewalks tend to attract even more trash buildup than the street.

Based on the city’s demonstration, there are still some kinks to be worked out. But the dust storms created by the leaf blowers may actually have an unintended consequence: What if they spur people to clean up their sidewalks in the first place? No one likes a trash tornado, and the only thing worse than a neighborhood with trash on the ground is one with trash in the air.