Nick Foles: I Probably Haven’t Had a Cheesesteak Since 2013

We just hope somewhere in Florida offers a half-decent version of the Philly classic. 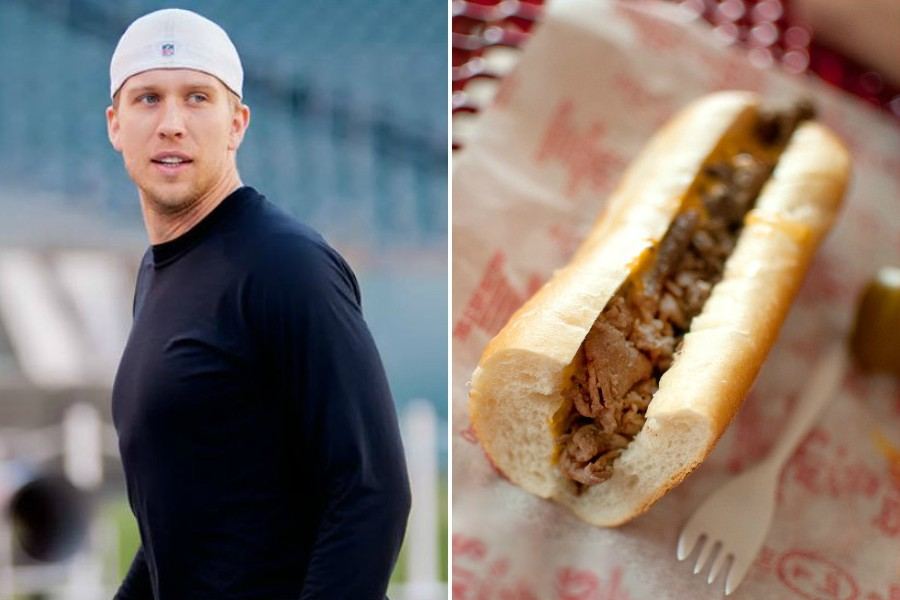 Here’s something that might test your love for Nick Foles, especially now that he’s no longer ours (or at least not officially): The former Eagles quarterback sorta doesn’t eat cheesesteaks.

In fact, he told Esquire in a recent interview that he hasn’t indulged in the Philly sandwich since 2013. 2013! Blasphemy. I mean, Obama had just started his second term back in 2013. That’s when Miley Cyrus drastically altered her whole getup because of a few walks down South Street. The movie Sharknado was released! And the word “selfie” was only just added to the dictionary. Feels like ages ago. What kind of Philadelphian could ever go so long without tasting Philly’s finest culinary delicacy?

Even though Foles told Esquire he watches his diet “like crazy” during football season, we hope at least one establishment in Florida (since it looks like that’s where he’s going) offers at least a half-decent cheesesteak. We’re not optimistic. But that way, Foles can order a whiz wit when he realizes just how much he misses us. (It’s worth it, Nick. It’s worth it.)

Anyway, our former quarterback gave the rest of Philly’s food scene a nice shout-out, including the city’s “talented chefs” and restaurant owners like Chad and Hanna Williams of Friday Saturday Sunday, which Foles said is one of his and his wife’s favorite spots.

Foles, who just became an ambassador for Lululemon (you didn’t know?), is expected to sign a four-year, $88 million contract with the Jacksonville Jaguars on Wednesday, according to an anonymous source cited by the NFL Network. The match had been long rumored. Jacksonville will likely release quarterback Blake Bortles when the deal becomes official, per the NFL Network.

In the meantime, we’ll be awaiting Foles’ return, because he’ll always find a home here in Philly. Let’s get real: He changed our city. Even after last season’s loss, he (and the rest of our Birds) took a long-standing chip off our shoulders and raised our chins a centimeter higher. Now even the most unlikely Philadelphians might even consider buying some overpriced athletic wear because of him.

And anyway, Foles told Esquire he might come back to Philly when he’s through with football — he hasn’t given up on cheesesteaks yet.

“I mean they’re obviously amazing and so good,” he said. “Maybe when I’m done playing I can go back, I’ll try all the different ones.”

Until then, Nick. Until then.