What You Need to Know About SEPTA’s Transit Police Strike

First: A spokesperson for SEPTA said he doesn’t believe police response to the fatal stabbing that occurred in a Center City subway station this morning was affected by the strike. 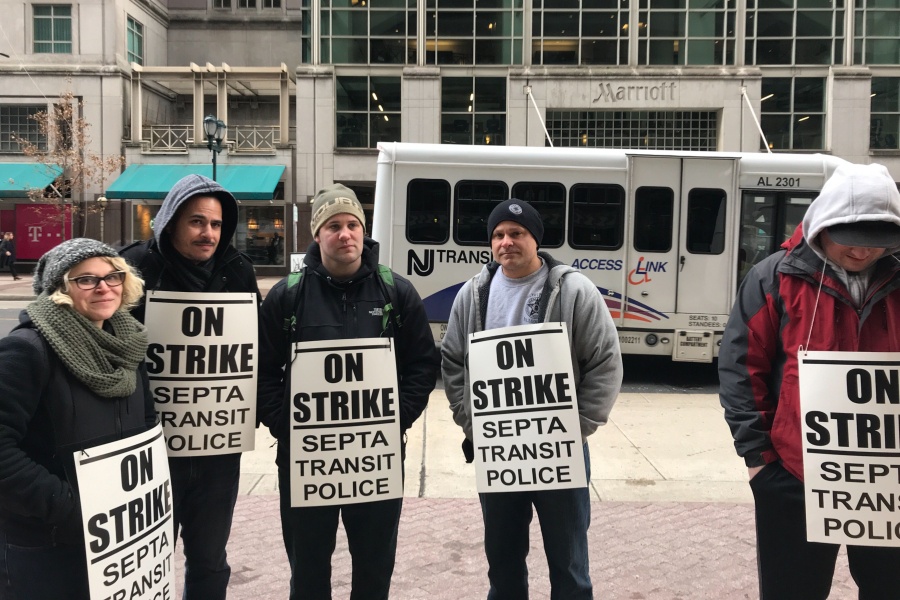 Nearly 200 unionized SEPTA transit police officers went on strike on Wednesday afternoon, and as of Thursday morning, it’s not yet clear when they’ll be back on the job.

Don’t start panicking: SEPTA said the move isn’t expected to affect your commute. (At least not like the SEPTA unionized workers’ strike of 2016, which temporarily shut down all transportation but Regional Rail.)

The agency intends to make up for the lost manpower by turning to the department’s 49 supervisors to work 12-hour shifts, as well as by relying on Philadelphia and suburban police to help patrol transit stations across the region, particularly during school dismissal time. SEPTA spokesperson Andrew Busch said the organization is confident that a strike contingency plan currently in place will “allow us to keep the system safe.”

So what prompted the strike? SEPTA and the Fraternal Order of Transit Police Lodge #109, which represents 178 officers, have been negotiating a new five-year contract throughout the past few months. But the organizations have failed to reach an agreement. The FOTP’s last contract with SEPTA, a two-year agreement, expired in March 2018.

Reached by phone on Thursday morning, a woman who identified herself as a receptionist for the lodge said the organization would not offer official comment regarding the strike. On Wednesday, lodge president Omari Bervine told the Inquirer that one issue at the center of the organization’s concern is SEPTA’s body camera policy. Bervine told the newspaper that the union takes issue with a section of the policy that forbids officers from reviewing body camera footage before providing statements during investigations into officers’ conduct. Members believe that given the unreliability of memory, officers could unintentionally provide false testimony if they aren’t first permitted to view the body camera footage in question, he said.

Busch wouldn’t comment on the discussion regarding the organization’s body camera policy on Thursday. “We would like the union to come back and continue those discussions with us,” Busch said. “In terms of the sticking point and the specific issues that need to be worked out, we want to keep that at the bargaining table.”

One day into the transit policy strike, a man was fatally stabbed around 6:30 a.m. on Thursday morning at the Broad Street Line Walnut/Locust station in Center City. Busch said there were no officers “in position to witness” the stabbing at that time, but that police officers and department supervisors had been patrolling the station earlier in the morning. A suspect was arrested within an hour, he said.

Police believe the situation began as an altercation between two individuals who knew each other, then escalated to the stabbing. Busch said officers were notified of the stabbing within minutes via the police scanner. He said does not believe the police response on Thursday would have been different if transit officers were not currently on strike.

“There wouldn’t necessarily be someone stationary in [the station],” Busch said. “We do have patrols in all our locations. It’s not a situation where we think there would’ve been somebody right on the scene.”

If you need help or see suspicious activity while using SEPTA, call 911 or contact SEPTA Transit Police at 215-580-8111.