Amazon’s Alexa is rooting for us again. Miller Lite wants to give us free beer if we win. And even the New Yorker is weighing in on Nick Foles. 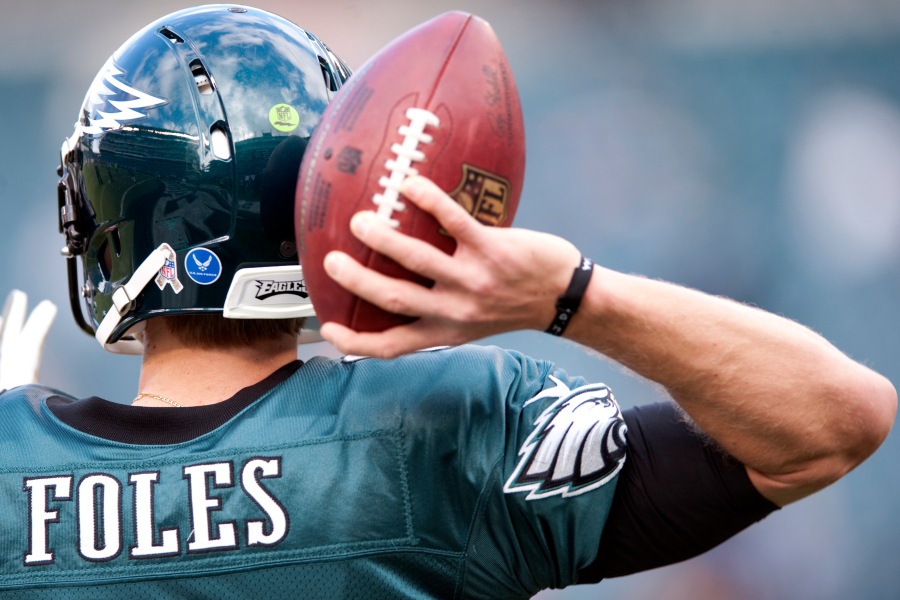 Nick Foles and the rest of the Eagles will face off against the Saints on Sunday. (AP Photo/Michael Perez)

On Sunday, our beloved Birds will square off against the New Orleans Saints.

Game-day momentum has been building this week on the heels of the infamous “double doink” that will forever mark last Sunday’s Eagles/Bears game. ICYMI, Philly is wasting no time cashing in on the doink-tastic phrase, via T-shirts, food deals, a billboard on I-95, skyline animations and more. And Jason Kelce–themed Philly parade costumes were selling at record speed this week.

But now we’re getting a little more serious. Our next playoff game is just two days away, and there’s a lot at stake. We’re hoping to win by more than a tipped field goal.

Here are all the ways that Eagles fans — and even those outside Philadelphia — are getting ready for the Birds to face off against the Saints.

1. By asking Alexa who’s going to win the Super Bowl

We know. We don’t want to jinx anything either. But ask the Amazon robot (who, we’ll remind you, predicted the 2018 Super Bowl champions), and she’ll tell you that “It’s a little early to say, but as we were reminded last year, you can never count out the New England Patriots … I mean the Philadelphia Eagles.”

Shade, Alexa! Shade! (You can watch Alexa’s trash talk below, via CBS3.)

We can always count on the New Yorker for the grandiloquent take — and this one is 100 percent worth your time. Here, writer John Seabrook takes a moment to “ponder the mystery and wonder of the Eagles quarterback, Nicholas Edward Foles” — and remind readers that Foles will have a high-school reunion of sorts with Saints quarterback Drew Brees on Sunday.

Seabrook doesn’t quite stretch the magazine’s standards enough to repeat our earthy epithet for Foles, but he does hint at it:

“On the field, he has no obvious rare athletic endowments that explain his success; only in the locker room, it is said by his teammates, is his special gift apparent, earning him his rude Philly nickname.”

3. By preparing ourselves for some free Miller Lite

Yeah, so apparently Miller Lite wants to give us free beer if we beat the Saints. And we know — it’s shitty beer. But then again, so is Bud Lite, and we didn’t really have a problem inhaling that after the Super Bowl.

4. By checking out the Legoland “Double Doink” display at the Plymouth Meeting Mall

Rumor has it that Legoland sent Chicago Bears kicker Cody Parkey $80 to cover the cost of visiting this creation at the mall’s Legoland Discovery Center. (Ouch!)

5. By going to NOLA for the game

Remember how we took over Minneapolis ahead of the Super Bowl last year? We’re doing that again. But this time instead of visiting the Mall of America, we’ll listen to some live music and parade down Bourbon Street, which one Philly transplant called “a bigger South Street.”