After the Eagles' incredible victory over the Bears, they're even being shipped to Japan. 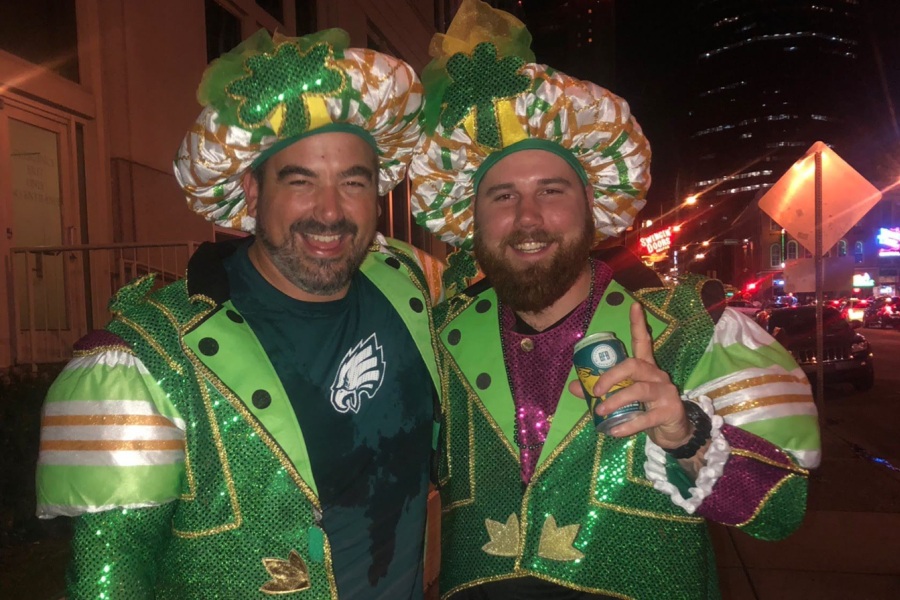 Every time the Eagles win, the South Jersey costume manufacturer that supplies the only official Philly Parade Costume — the look that Jason Kelce sported for his unforgettable speech at the Super Bowl parade — sees an uptick in sales. But after Sunday night’s nail-biting, 16-15 victory over the Chicago Bears, the Runnemede-based Rasta Imposta sold more of their Kelce-famous suits than ever.

Robert Berman, who owns the costume business with his wife, Tina, said the store usually sells three to five outfits after the Eagles win a game — but since Cody Parkey missed that field goal on Sunday, the shop sold 50 Kelce-themed hats and 10 full Philly Parade Costumes (which typically cost $125). Berman said they’re even shipping the ultra-Philly look all the way to Japan.

“Yeah, crazy Philadelphia fans,” Berman said. “There’s usually an uptick, but this was the most we’ve ever sold.” 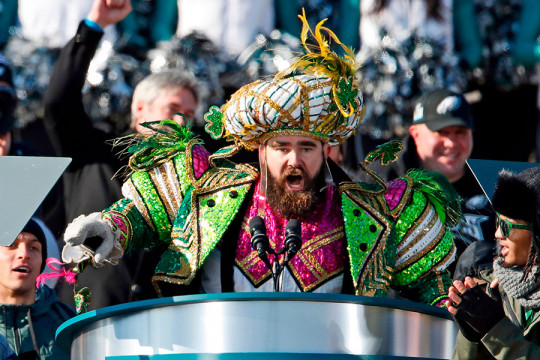 Berman said he suspects the numbers might have something to do with a Sunday night game wrap-up aired by NBC10, which, of course, featured a fan decked out in the Philly Parade Costume, yelling “Bird Gang, baby,” while his friends beside him screams “GO EAGLES.”

“Usually people see something like that and think, ‘Where can I get that?'” Berman said.

The Mummers suit look was made with the permission of its original designer, James May. As you might suspect, it was also very popular just before the (controversial) Mummers Parade on New Year’s Day.

Eagles fan fever is continuing to build after the team’s win over the Bears — and hearing that Parkey’s “double doink” was, in fact, tipped by the fingers of defensive tackle Treyvon Hester makes the win feel a little more deserved.

The Birds will face off against the New Orleans Saints on Sunday. We’re guessing we’ll see a few more Philly Parade Costumes before then.