What Happens When a Millennial Candidate Bucks Philly’s Democratic Machine?

After many years of working local races, Alex Deering was finally ready to run a campaign of his own. Now he is working in a warehouse, battling depression, and feeling betrayed by the Democratic party he once had faith in. 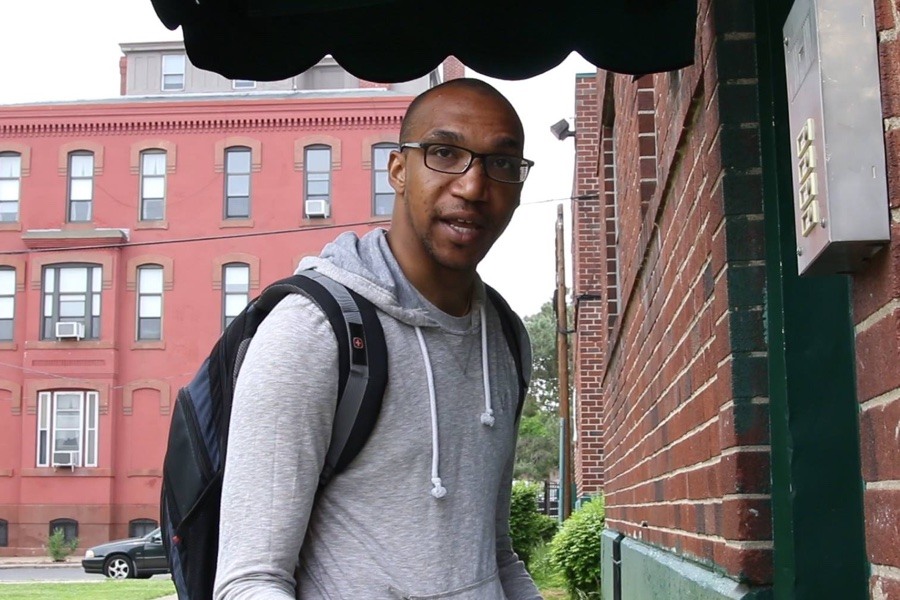 For the first time since moving to Philadelphia, Alex Deering isn’t working on a political campaign.

While many of his former colleagues were hosting last-minute fundraisers and calling up voters, Deering, 35, spent the weekend before Election Day at the warehouse of a popular Center City retail store unloading boxes. This has been his job for the past several weeks as his shrinking personal savings and unreturned phone calls have given him no other choice. Once known for his wide smiles and immediate reach for a handshake, he now prefers working behind the scenes with his current employer so he doesn’t have to discuss how he went from attending lavish galas to making $9.25 an hour.

But like most things in Deering’s life, he knows this is just another hurdle he will have to overcome. When he choose to run earlier this year for state representative of the 181st District — in a Democratic primary race that made history for being the first in the state to have two openly gay candidates of color face off — Deering knew it would be a challenge. What he didn’t anticipate was the sudden betrayal and loneliness that would occur after losing his first bid for office.

Speaking candidly for the first time since running, Deering told Philadelphia magazine about his journey from political promise and sudden exile — and why he remains optimistic about a return.

“It was one of the greatest joys I experienced in my life,” Deering says of the time he officially announced his candidacy in the lower North Philly district on December 1, 2017. “Having run a successful race for committee, I felt I would be able to use the knowledge I had acquired to really make good policy choices and represent the district at large.”

A New Jersey native–turned–Washington, D.C., transplant who spent his early 20s studying music, Deering moved to Philadelphia in 2011 intending to go to college and then pursue a political career. But once he got here, he says, he found the city’s political scene “so intense” that he felt the need to “jump out there and try my chance before completing my bachelor’s.”

“I never really knew the path I would take — I just knew I had a strong desire to help people, a defined position on many of the city and state’s current policies, and a great ability to connect with people,” Deering says. “I also realized I wanted to help people through more than just religious institutions. Politics gave me the opportunity to be who I am without feeling like I am deceiving people.”

Deering built his street cred as a young political operative — he was elected as a committee person in 2016 and worked nonstop on five state House campaigns, two state Senate races, and three citywide ones. Deering says that working on such races in rapid succession gave him the courage to finally run for office himself.

“Most of the ties the community currently has with state representatives locally is disjointed and stagnant,” Deering told Philadelphia magazine when he first announced his bid. “Outside of a few huge annual gatherings, people don’t necessarily understand all of the resources and opportunities elected officials can provide them. My campaign slogan is ‘Stand United,’ because I want North Philadelphians to not only hold me accountable to getting legislation passed in Harrisburg, but also being more present and connecting them to critical resources and job opportunities year-round.”

At the time of the campaign’s launch, Deering was the only openly gay candidate to declare he was running in the 181st, a district that had been represented by W. Curtis Thomas since 1989. Two weeks later, Philadelphia native and out community advocate Malcolm Kenyatta announced his bid for the same seat. Kenyatta, 27, who is Thomas’s cousin, had the competitive advantage. Despite the major political endorsements that Kenyatta received following his announcement, Deering refused to back down, believing that the race would eventually be about substance and not just popularity.

“Alex was trying to take on the old guard of the local Democratic party and was headed for disaster,” says a 181st District ward leader, who asked not to be named. “I believed in him, but couldn’t give him my support because I recognized the direction leadership was headed. Malcolm Kenyatta was next in line whether we wanted him or not.”

“I felt that I could still run against the establishment and walk away from the race with dignity and respect,” Deering said. “Little did I know of all the hardship that would come.”

The night before the Democratic primary election, Deering was up hanging posters at polling stations until the early hours of the morning, only to discover later that more than half the signs had been removed before people could vote.

“People had taped insulting stickers to the front door of my home by 6 a.m.,” Deering said. “It was a nasty campaign, but I did everything in my power to run one about the issues.”

As expected, Kenyatta would go on to make history as the first openly gay candidate of color to win a state house primary in Pennsylvania. Deering would go on to place fourth in the five-way race.

“Unfortunately, it was clear to me being elected was not about who saw the greater future or about who had the most knowledge about policy, it was simply about an image people created in their mind about you,” Deering says. “Anyone can walk up to a person and say the sky is blue, but if the person is told by someone he or she trusts that it is red, then what was said about the sky being blue will not be taken into consideration or believed.”

Deering says part of his loss was based on perception and “the desire for people to see money as the answer.” “People hear and believe what they want,” Deering says. “Time and time again, I was told I was the most qualified candidate in the race, yet the criticism was the amount of funding my campaign was able to raise.”

“I voted for Alex Deering even though I knew on day one he was going to lose,” says a local Democratic committee person, who asked for anonymity to speak frankly. “I think he was too naive to understand that when an incumbent doesn’t tap you, it’s pretty much a done deal. I kept telling him to run for something else, his confidence was high. I knew that when it finally sank in, he would be devastated. I hardly see him around the district anymore.”

After the campaign was over, Deering says he felt such “a huge sense of betrayal and loss” that he slept for three days. “I was so tired,” Deering says. “Not only had I lost the state representative race, I had also lost my committee seat by two votes. The committee seat loss pierced me to the core. I could understand the district not knowing who I was or being unsure about me as a candidate, but I put a great amount of sacrifice and work into the division.” Deering says the “public embarrassment was overwhelming,” leading him to stay with out-of-town friends over the weekend as he made constant trips to New York City and Washington, D.C. to avoid the public pressure.

“I expected that once the dust settled, I would be able to find a job to get back out there in politics,” Deering said. “None of that happened.”

During the summer, Deering reached out to several politicians he had prior relationships with for possible employment opportunities, but he says many either did not answer the phone or turned him down directly. To support himself, Deering eventually took a job in retail to help pay the bills.

“It isn’t the ideal job, but it is a job allowing me to do the things I want to do,” Deering says. “The reality is that no matter how smart I am or was, or how well I present myself, not having a bachelor’s degree stifled my ability to acquire gainful employment as it does for many American in our country. I invested so much in a political system that didn’t return the favor. I also wonder if I had played the game, would I be struggling this hard or would I have landed on my feet more quickly?”

Today, Deering is not afraid to admit that he is underemployed. However, he is adamant about continuing to pursue and complete his educational goals. “I have learned to make the best out of my present situation,” Deering says. “There are so many people in this country, state, and city that are just like me, which is why I fight as hard as I do to encourage everyone to go vote, so we all are heard.”

But Deering is also not afraid to admit that being on the campaign trail himself is still “emotionally hard.” “I experienced some of the greatest emotional lows I had ever felt in my life,” Deering says. “One of my favorite moments during the campaign trail were watching the presentations of high school students who interned on my campaign. I remember an intern saying to me that he was proud to work for an openly gay candidate, and he saw himself in me.”

Such positive moments with youth and combatting mental health problems in his own life encouraged Deering to volunteer and do some fundraising for the Trevor Project, a nonprofit focused on suicide prevention efforts among LGBTQ youth. It has been these moments where Deering says he has begun to reflect on “a new beginning.”

“I have learned the path I chart doesn’t always go as planned,” Deering says. “Some people have tried to push me to run for City Council. Some even told me to challenge Kenyatta in the next two years. Others say move to another state, where there are open seats. As for my future in politics, who knows what the future may hold, but I do know this is just the beginning.”